It’s that time of year again! A mere 24 days until Christmas, as I’m writing this on the last morning in November. In a cafe… in Riga. But but but, I hear you say… the heading says Budapest…? 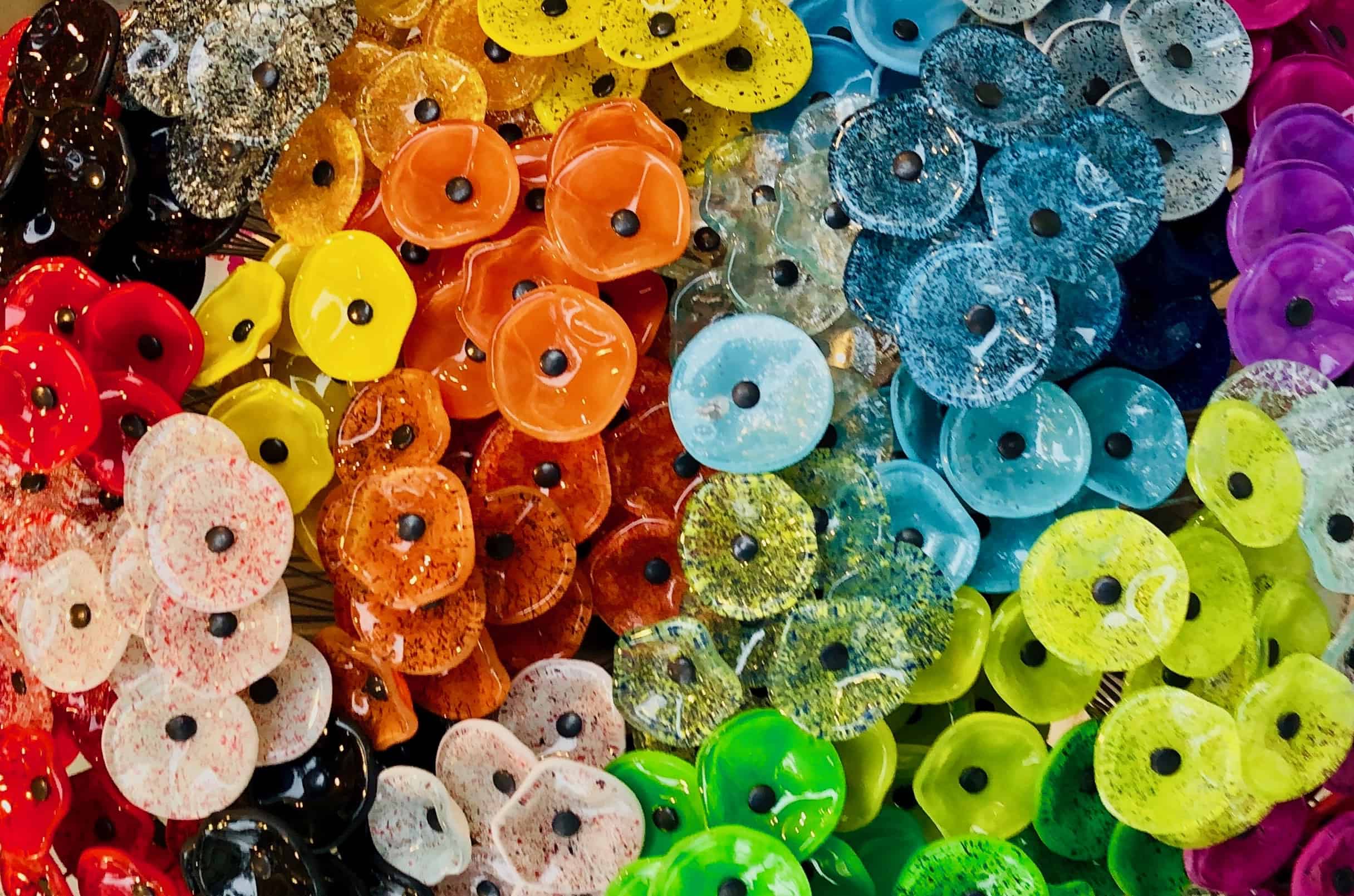 Indeed it does. And yet, here I am. In Riga. Have a few hours or so waiting for a friend to arrive, so we can get on with a road trip down south to Vilnius. And what better way to spend a few extra hours than share a few festive fotos with you good folks? You’ll forgive me, I’m sure, that they are from 3 weeks ago.

Next week, we’ll explore Advent festivities on jolly Jutland, and you’ll hear all about it in due course (which will be PDQ, since it’s all now).

Today, though, we’re in Budapest. The blog, that is. 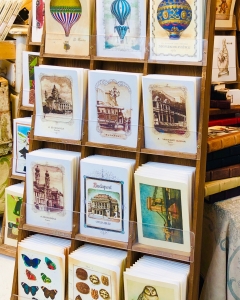 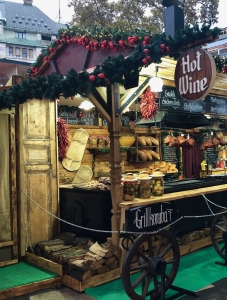 On a wet and windy November day, I wander around this stunning city, with Christmas nowhere on my mind (early November, after all). Szakad az eső! (‘the rain is being torn apart’, i.e. it’s pouring), so I hurry across Vörosmarty Square to one of my favourite cafes. And there it is! Vörosmarty Christmas/winter fair. 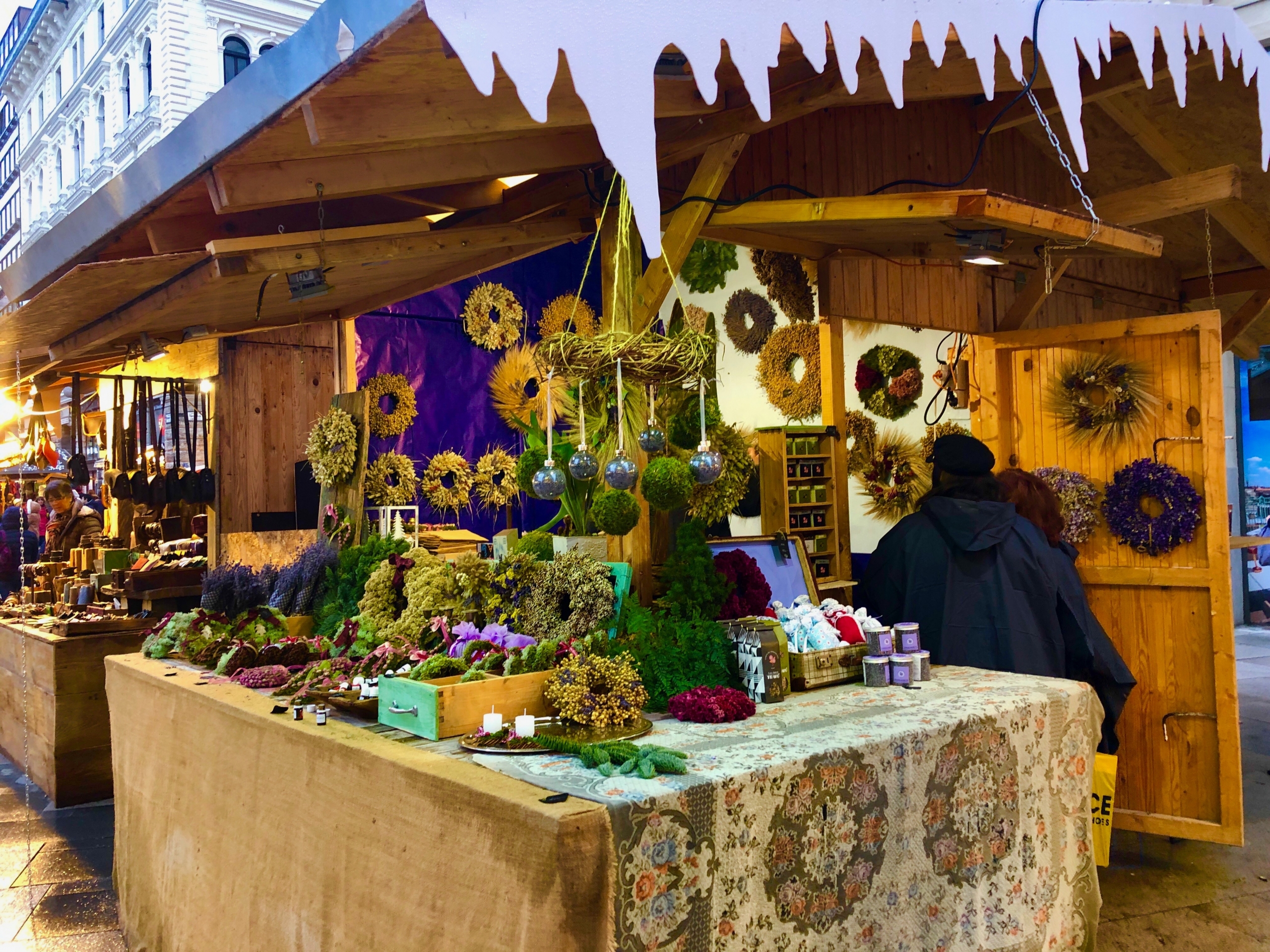 Cheerfully decorated wooden stalls have everything on offer: from floral china to handmade cards, cutting boards shaped as violins and soaps, clocks and glassware. And and and.

Like the one in Tallinn, this isn’t one of the old Christmas markets of the world. (Not like Dresden’s, say, from 1434.) This is only the 21st annual Christmas market here, but makes up for it by growing bigger every year. More stalls, more activities. You can hear all kinds of concerts on the two stages here during Advent: jazz, blues, folk music, new age, electronic… something for everyone. And there’s dance performances as well. I’m enjoying the house dance show. House is almost as much fun to watch as to dance. Almost. 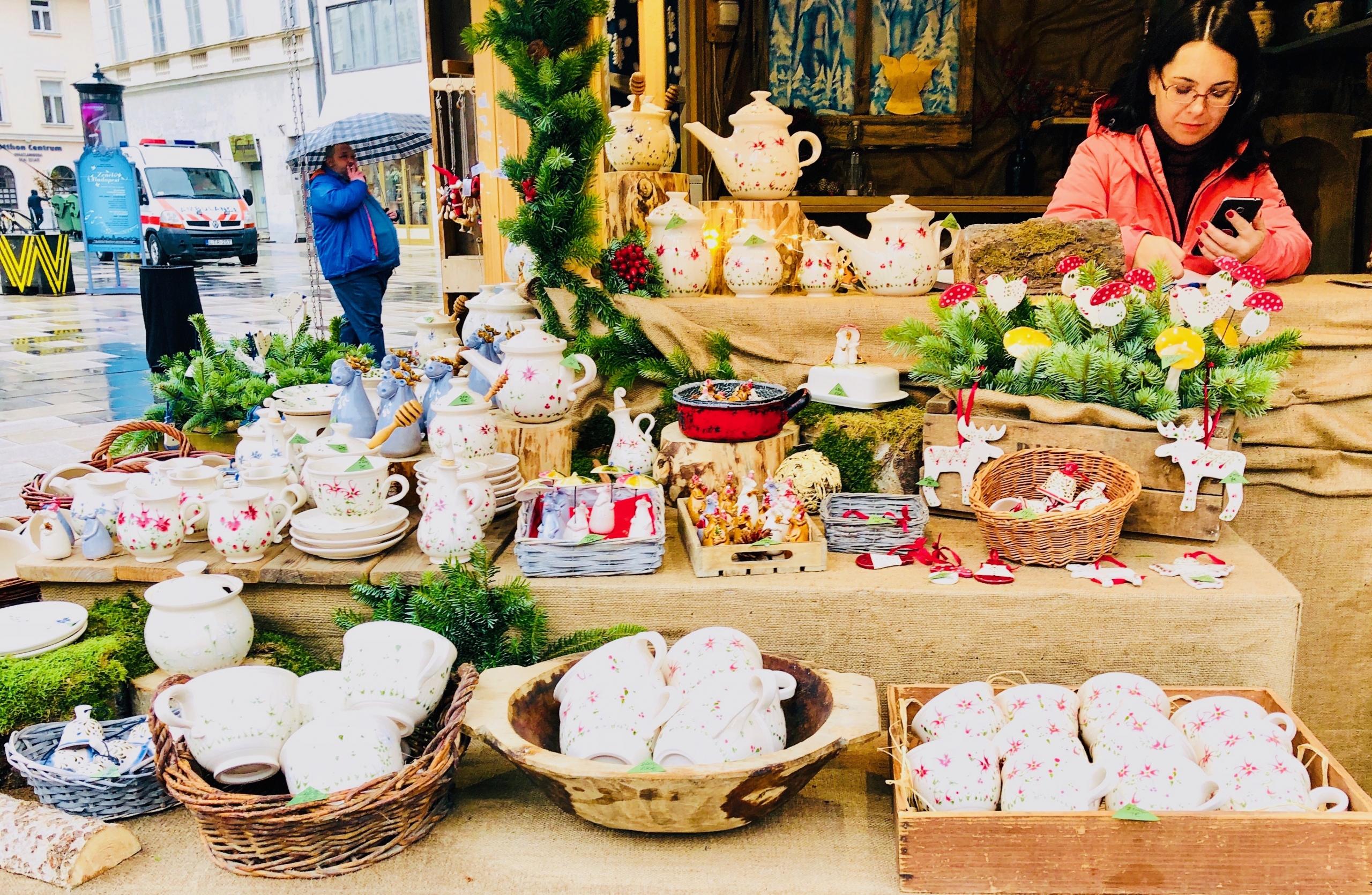 Everything sold at Budapest’s Christmas markets are made by local artisans. 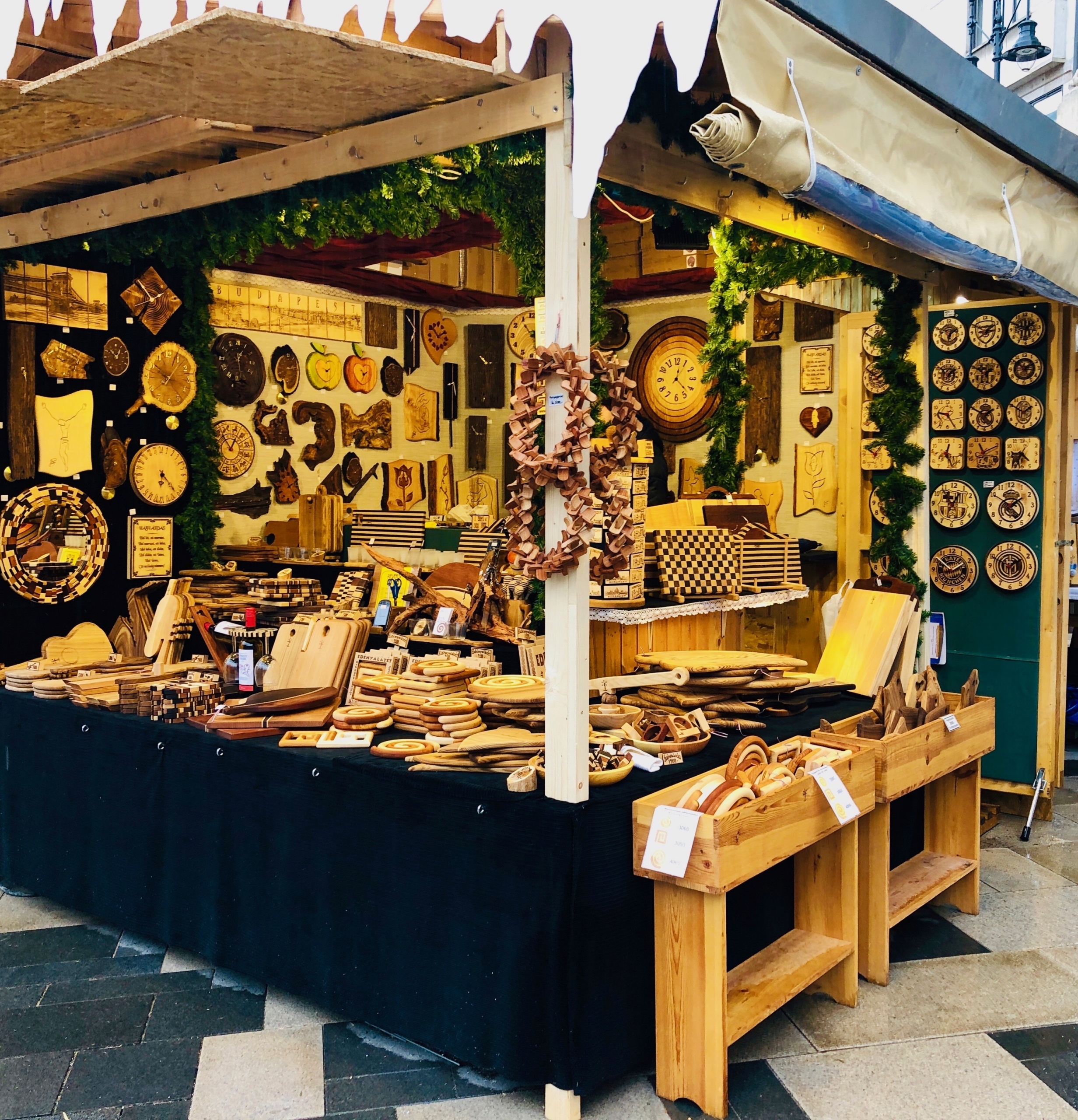 All the food sold at the Christmas markets is also locally made, including this. Would you try it? 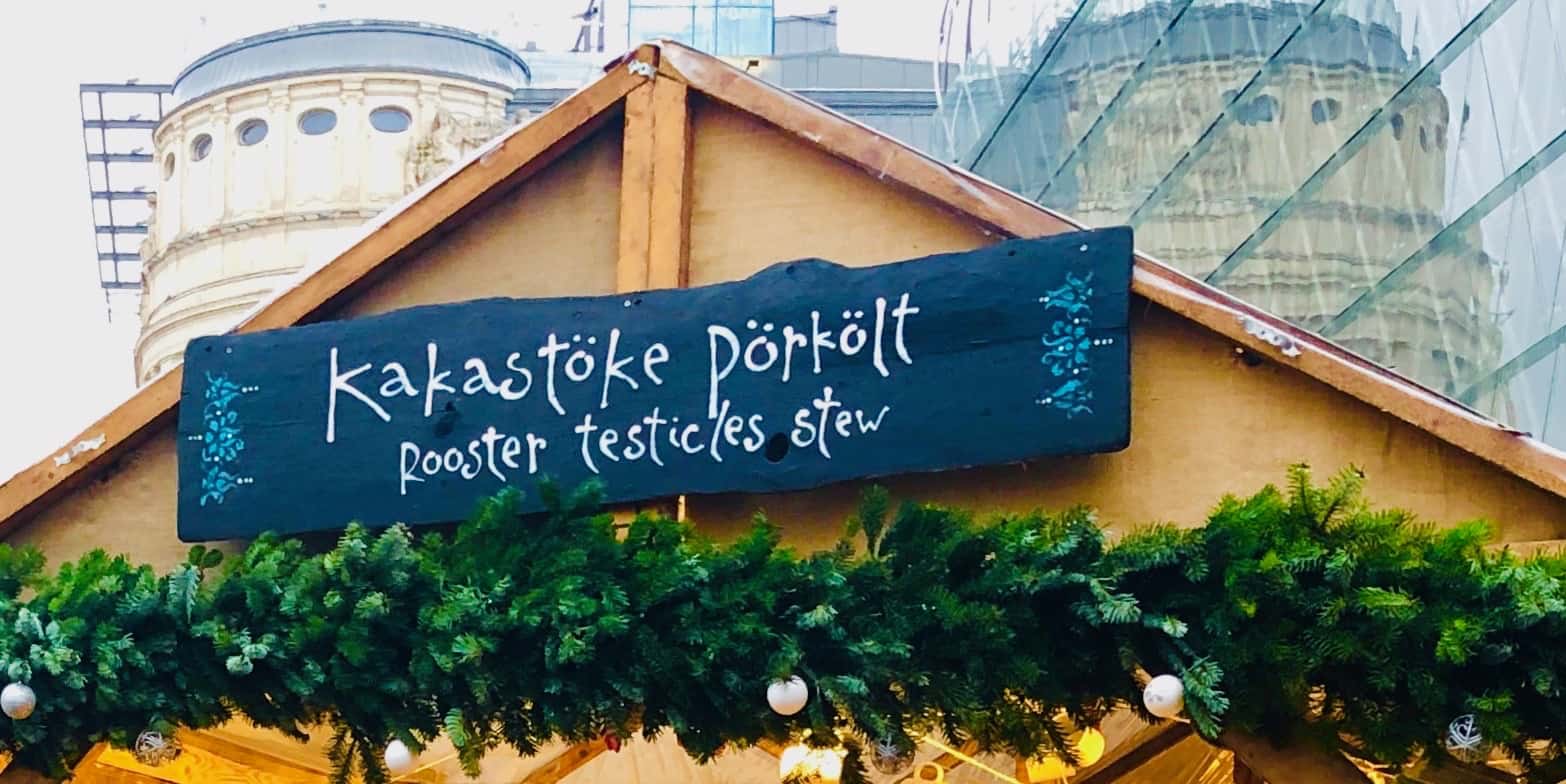 I’m not much of a carnivore to begin with, so rooster testicles stew doesn’t really appeal to me. Neither does Mangalica burger, made from the only hairy(!) breed of pig in existence. Nor am I crazy about roasted chestnuts. Yeah, I know… I can be challenging.

But other local delights seems more promising – and are. Bread pizza baked in a stone oven: Nagyon finom! (Very delicious). And kürtőskalács (easier to pronounce than it looks), a cinnamon cake fried on a spit. Also yum! Almost hesitate to tell you, but there’s Nutella kürtőskalács as well (is there a market in the world that doesn’t serve up Nutella?)

At least you can’t go wrong with mulled wine. (Back in Riga, I’m having a glass now as I write, as a matter of fact. Although it’s not yet noon. A delicious one, made with white wine and apples. But that’s another post for another day. Possibly.) 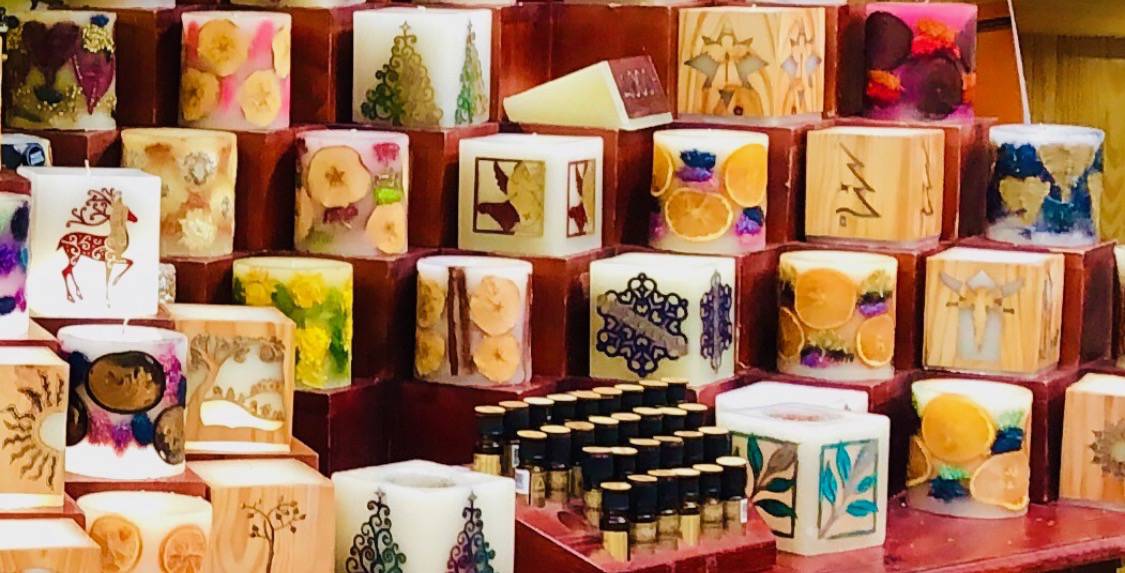 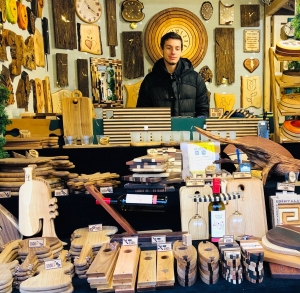 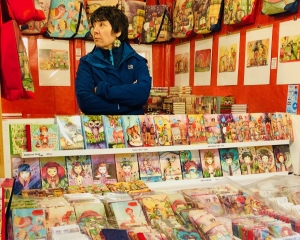 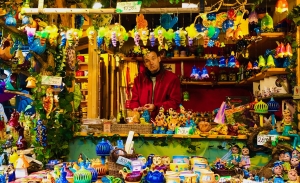 The other main Christmas market in Budapest is on St Stephens’s Square, across the Danube, over in Buda. It’s smaller than Vörosmarty, but it does have a skating rink. There’s also the pretty basilica in the background – and a laser show projected on its facade. You’ll want 3D glasses for the light show (available at the market). I didn’t see this one, as it opens later in the month. 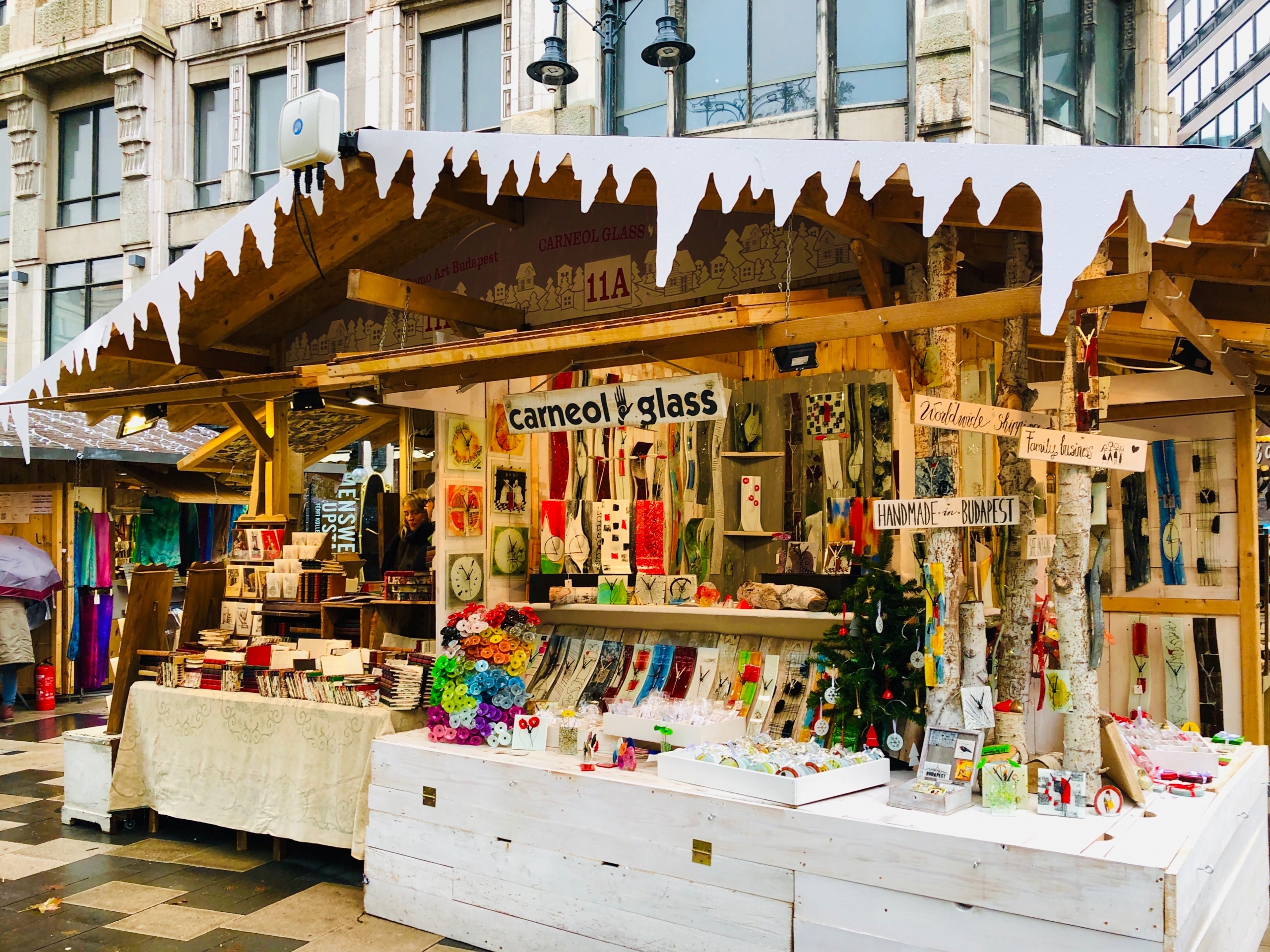 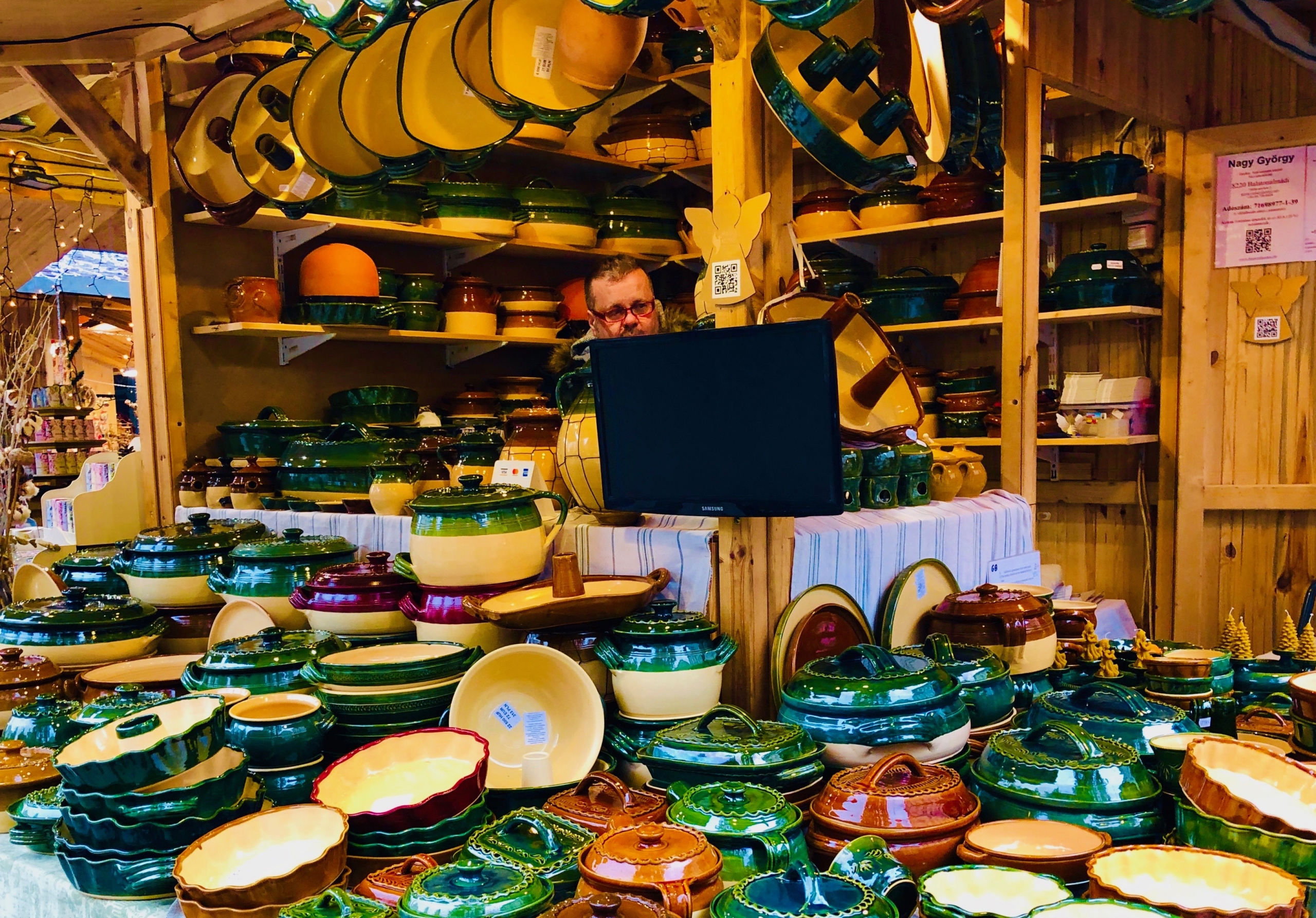 Sadly, I’m also too early for the Christmas trams. The ubiquitous trams that ply the city are all lit up in gold and silver lights in December. You heard it here first. 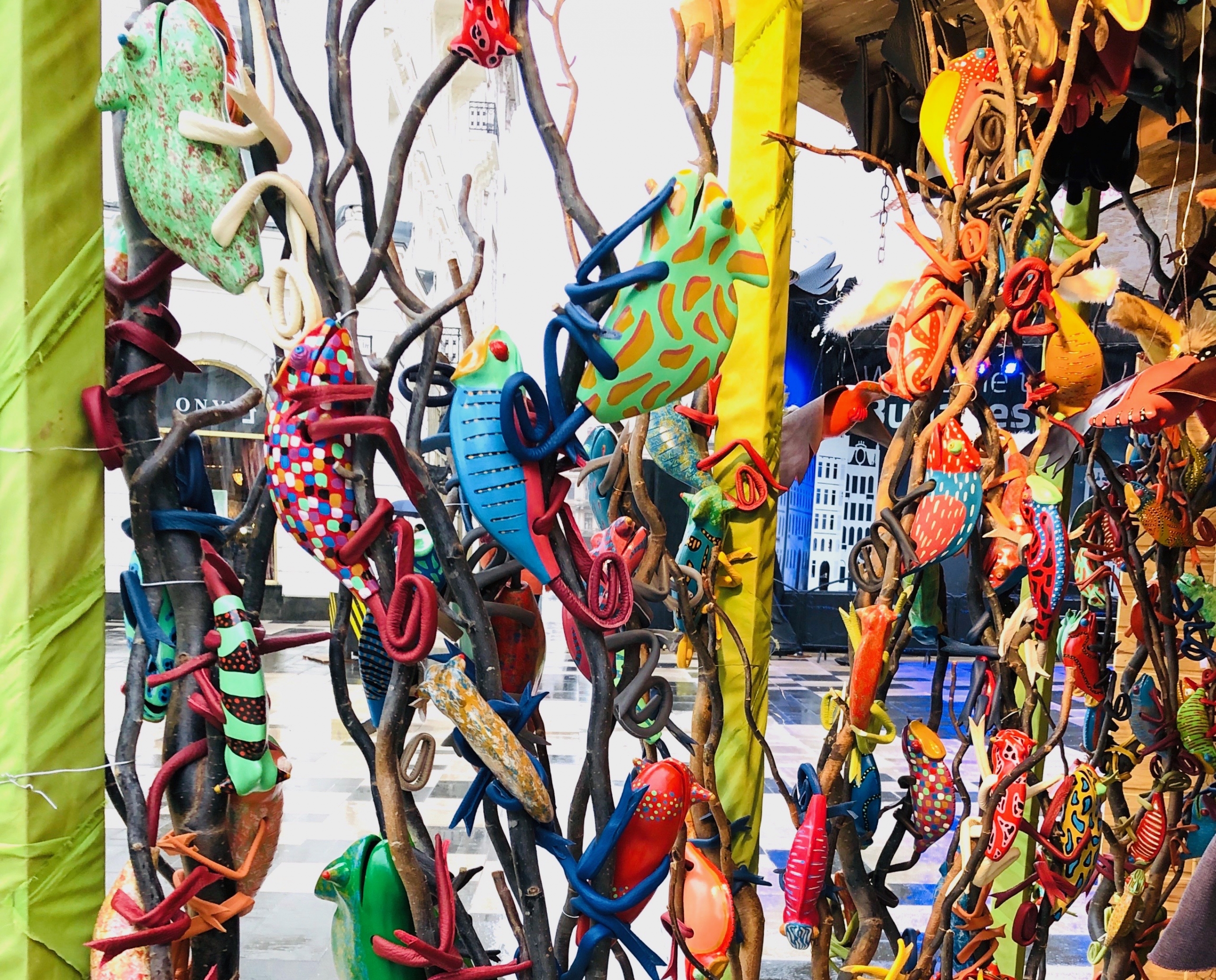 Have a good trip!