Inside the glacier (Day out Reykjavik)

I’m looking out at the tonnes of snow covering my back garden today, and my thoughts drift west, to Langjökull.

Langjökull, you say? That sounds suspiciously like the li’l thing that spread volcanic ash all about the place not too long ago, stopping air traffic n’everything. 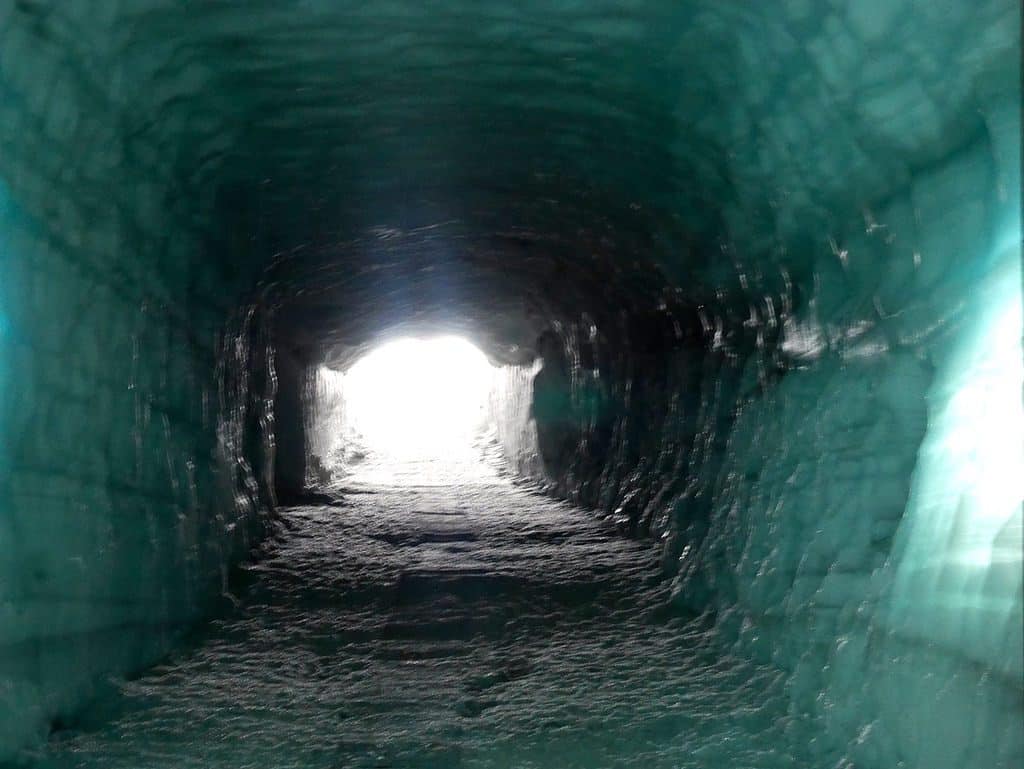 We may not have cash, but we’ve got ash!

Ah, but you mean Eyafjallajökull. That’s another jökull altogether. (Jökull, btw, means glacier). Back in 2010 (just a few years after Iceland’s bank meltdown – hence the cheeky t-shirt slogan), Eyafjallajökull is the one that erupted. Several times. And yes, it did cause air space to close for days on end, all across the northern hemisphere. So annoying! A flight home from London normally takes 1.5 hours. In the spring of 2010, I had to take 4 trains and 2 ferries instead. Took 2 days. Amusingly (to me at least), John Cleese went the other way about the same time. He took a taxi from Oslo to London. 3 300 £ it cost him. Mine was cheaper, so there’s that.

And you said li’l thing? Eyafjallajökull is indeed little, only 78 km2 – a baby as glaciers go. Langjökull is more than 12 times larger. At 953 km2, it’s Iceland’s second largest glacier – and a bit larger than Singapore. Still, that’s nothing compared to the country’s largest: Vatnajökull, a whopping 8 300 km2. Though, as far as power, ferocity and general coolness factor go, size obviously does not matter. (As I’m a mere 160 cm, I knew that, of course.) Eyafjallajökull has its own Facebook page, with more than 30 000 followers. Take that, you big jökulls.

So, what’s all this talk of glaciers, then? Well, lots can be said about Iceland, and we have covered a little bit here on Sophie’s World. There’s the world’s oldest parliament, dramatic legends and lore, and there’s that raconteur extraordinaire/scoundrel, Snorri, without whom we wouldn’t have known much about the Vikings.

But have I told you that you can wander about inside a glacier?

Why no, seems I haven’t. So let’s remedy that at once – and have a walkabout inside Langjökull. I’ve already been, but I’ll come along since I like you. 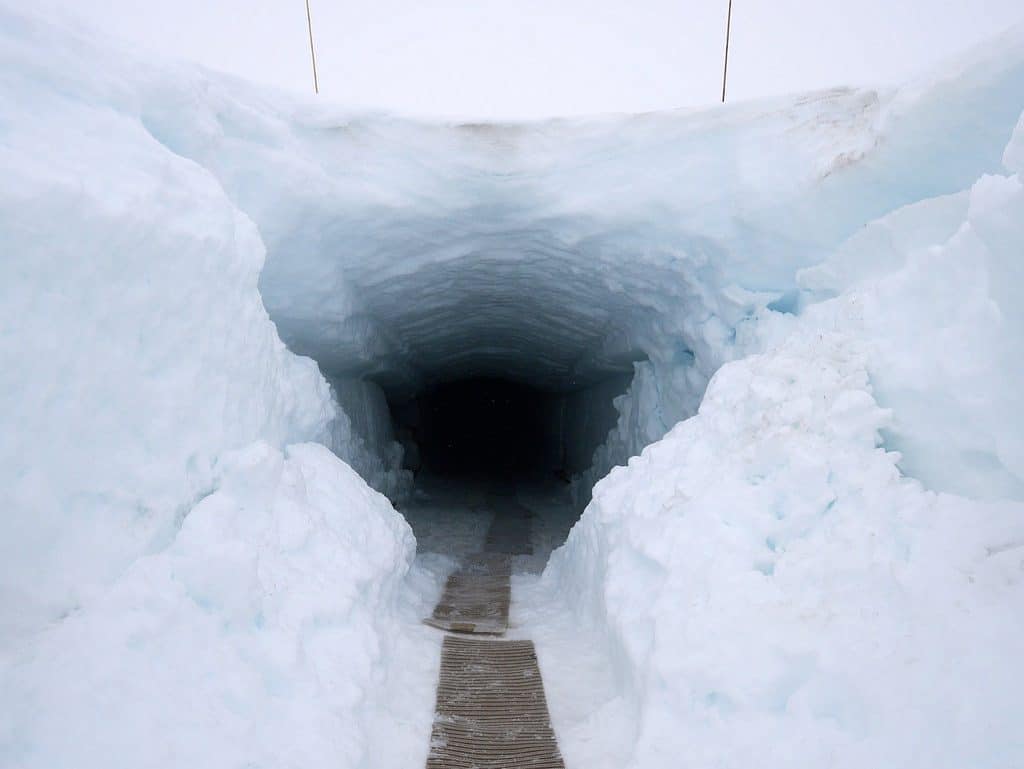 Come, come – and enter this dark grotto with me. Mwahahaha!

Let’s get there first, though. We’ll begin at Húsafell. That’s an easy enough place to reach; about a 1.5 hour-drive from Reykjavik, and well worth a visit. But that’s for another post.

At Húsafell, we’ll hop onboard a 4×4 that will take us along Mountain Road 550 up to Klaki Base Camp (rocky gravel road, only open mid-June – mid-October; don’t even think of going in a regular car, in fact, car hire firms forbid it).

At Klaki, this vehicle, a former mobile rocket launcher converted especially to drive on the icecap, will take us to the mouth of the glacier. A cool, rough experience in itself. It’s as if we’ve been transported to the moon. Not for nothing did the Apollo astronauts train in Iceland some 50 years ago. 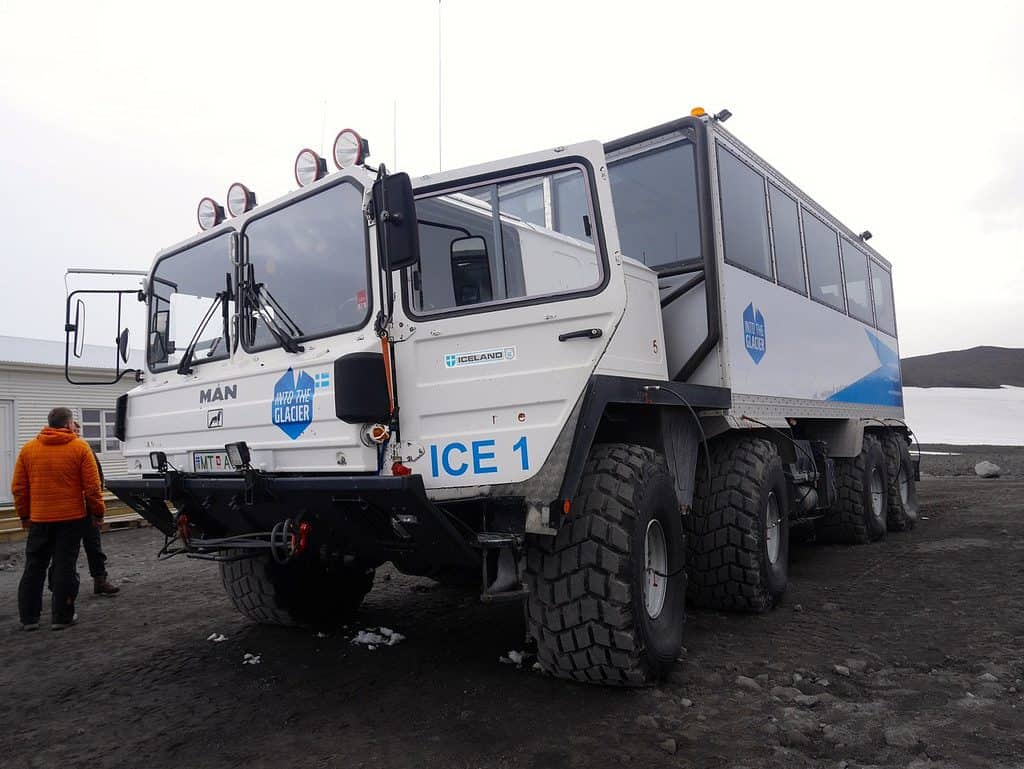 This journey inside Langjökull is a great chance to explore a raw and rugged natural environment. But also a human-created environment. The largest ice cave in the world is quite the engineering enterprise, especially considering a glacier is constantly on the (slow) move.

Like numbers? Of course you do. Here’s a few mind-boggling ones: High up on the glacial cap, a long tunnel has been carved through old ice: it’s 3 metres tall and 3.5 metres wide. Nothing claustrophobic here. The cave itself is even more massive: 7 metres high and 10 metres wide. Impressive nature, impressive human achievement!

We’ll go deep – 500 metres deep – into the iridescent blue core of the glacier, so let’s enter the long frozen tunnels here beneath the thick ice sheet. 25 metres thick! And another 200 metres underneath our feet.

🇮🇸 Langjökull: Wandering inside the glacier in Iceland.

As we wander along the blue ice tunnel, we’ll hear about the glacier, how it moves, how it melts. Langjökull has shrunk, and is doing so at an increasingly faster rate. Estimated life expectancy for this baby is somewhere between 50 and 150 years. Climate change becomes very real. I know a few who would benefit from this first-hand experience.

Something’s fishy in them thar waters: a digression

We’ll probably also hear stories about Iceland. Perhaps this one:

In the 1950s, 60s and 70s, Iceland and the UK were engaged in warfare (did you know that?) – a series of conflicts on fishing rights, known as the Cod Wars. Icelandic guides like to tell the story of how two of their police boats were damaged… but that was OK, as they were insured at Lloyd’s of London.

And the result of this warfare: Essentially a victory for Iceland, though the only casualty was an Icelandic engineer, killed by accident when repairing a gun boat. Devastating for the UK fishing industry, with thousands of jobs lost, especially in Hull, Grimsby and in Scotland. Perhaps it’s a small consolation that 40 years later, Iceland has invested heavily in Hull’s fish processing industry.

The interesting question, though, is how a dispute like this could escalate – and over so many years… and have we learned anything?

Getting married any time soon?

Who amongst your friends got hitched inside a glacier? Just sayin’. In every delightful sense, that.is.cool! 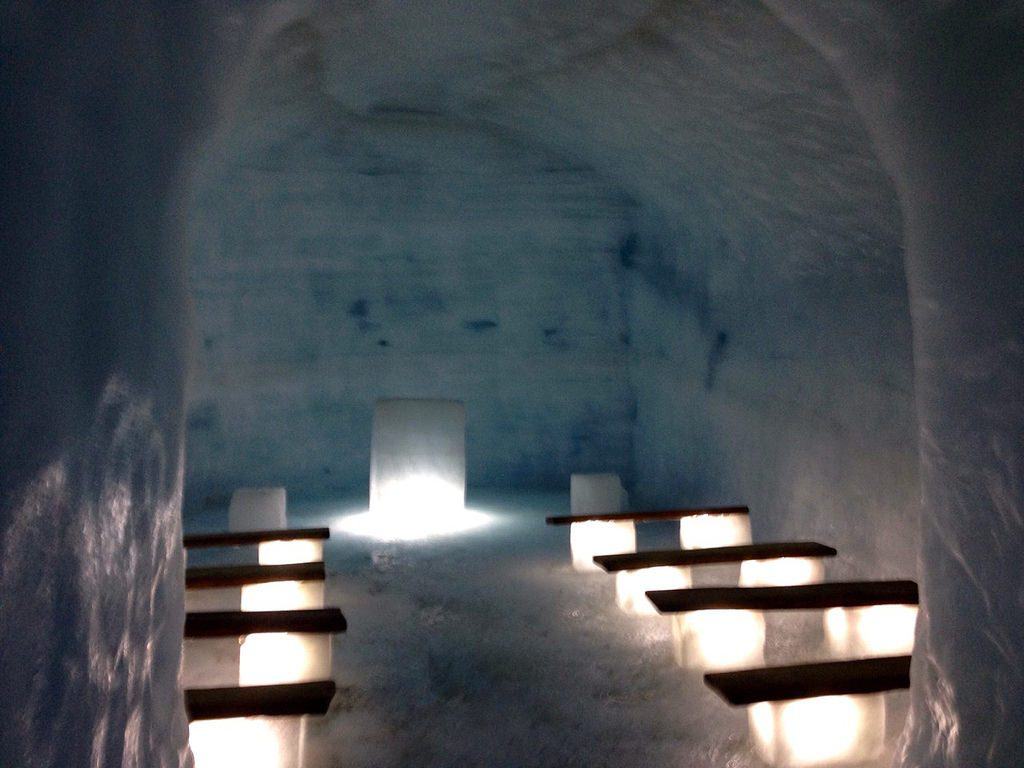 If you’re not quite ready for that, do try out the acoustics in the ice chapel. Sing!

In the Bleak Midwinter works well – and feels appropriate in this environment:

Of course, a Celtic harp would sound beautifully magical in here. But we don’t often carry those along, do we…

Though curious visitors, folks getting married, skiers, hikers, snowmobilers – in general, 21st century tourists… not exactly what they had in mind, I’m sure, the outlaws of yore. Take Grettir the Strong, for example. Rumour has it, he wintered here once. As did 18 roughnecks. See, back in the early 1000s, the glaciers and the valleys up here were hiding places for criminals. And there were quite a few crims about: Iceland was settled by Norwegian outlaws and adventurers, after all. And their Irish sex slaves. 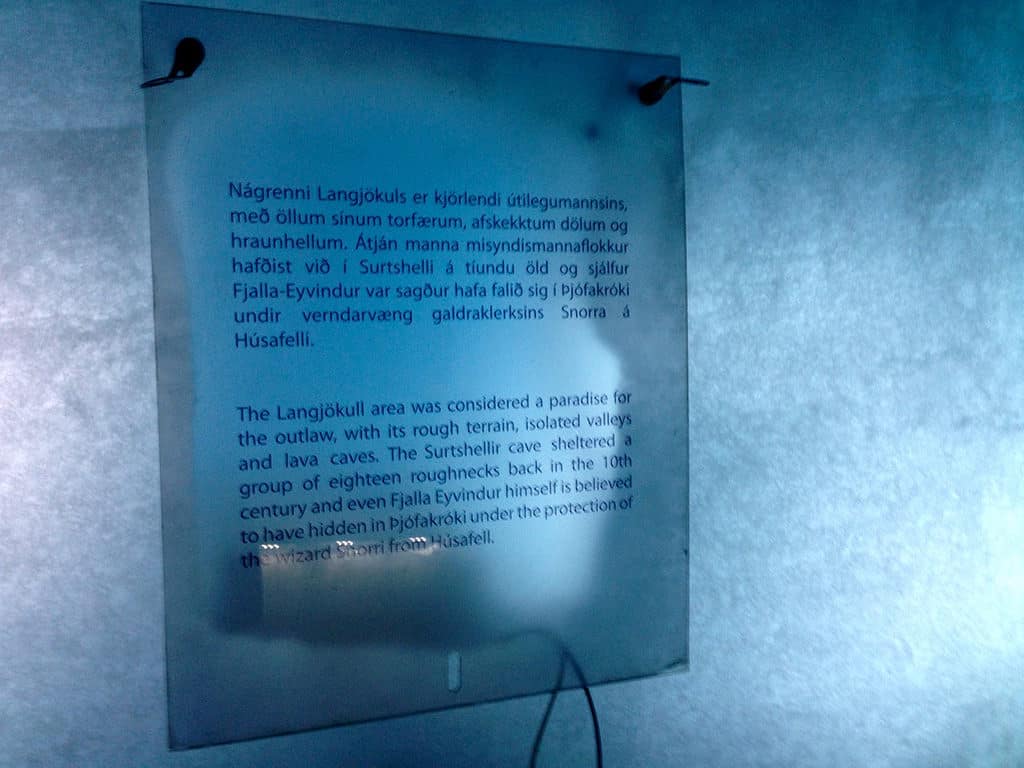 The glacier moves and 2027 is the estimated closing date for this cave. That’s just 8 years, people! We’d best get a move on.

PS I was going to end this post here, but then I noticed this call to action by glacier guide Asdis – let’s take her words to heart!

Been spending half of my time inside the glacier called Langjökull where I work as a tour guide. My darling Langjökull has roughly 150years left to “live”… latest research suggest we have 170years left of glaciers in Iceland. I’m still hoping we can turn this around! Let’s re-use, recycle, bike more, walk more, eat less meat, buy less things and get our connection with our planet back on track. I know that dropping everything that makes modern life so good is extremely hard, but choosing just one or two things is still something. When you feel like your just a drop in the ocean that doesn’t really matter.. remember that there would be no ocean if it wasn’t for all the drops in it 🙏💖❄️🌍🌊🌳 #Iceland #Icelander #travel #glacier #savetheglaciers #tourguide #nature #intotheglacier #langjokull #climatechange #recycle #mothernature #fathersky #ice #icelandtravel #antarctica #patagonia #greenland #hike #iceclimb #icecave #education #climatechangeisreal #mothernature