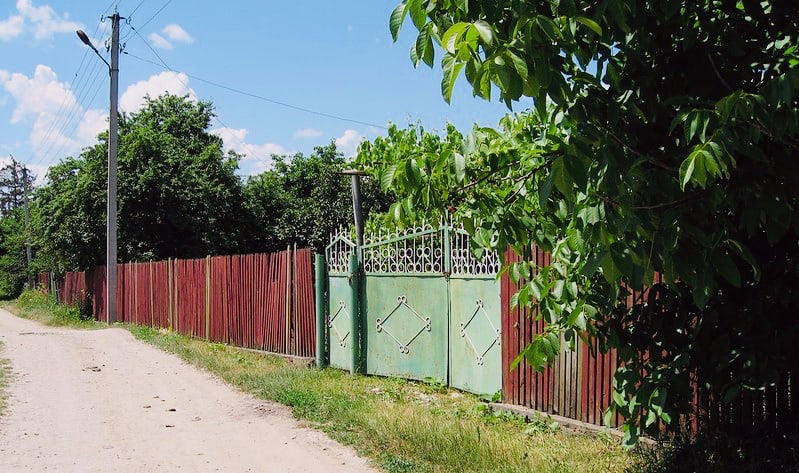 On the way back to Chisinau, our driver, Boris, stops by his house and invites us in. We’re about 15 km from the cave monastery at Orheiul Vechi in a little village called Ivancea, populated by Ukrainians since medieval times. Ukrainian, rather than Moldovan, is the local language. 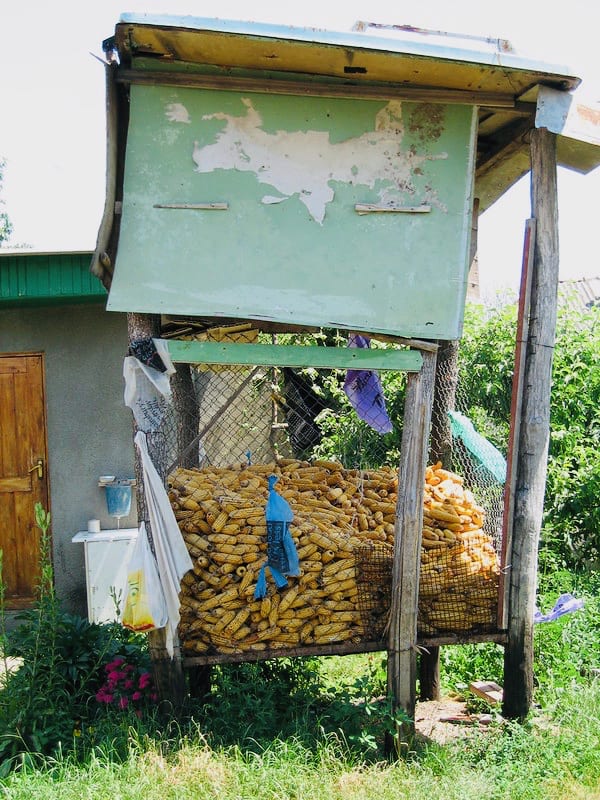 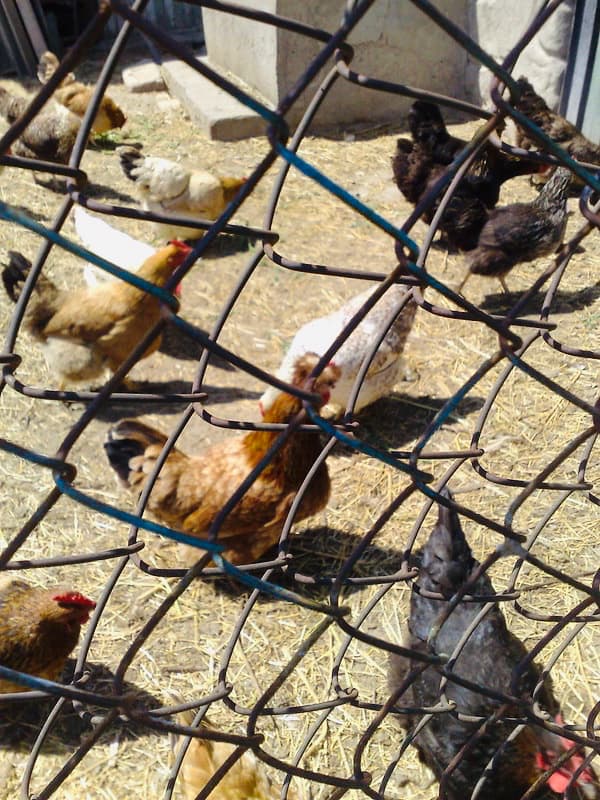 The house is cosy. Outdoors, fruit and vegetables abound. Behind a fence, chickens roam about, safe from nightly predators.

When two birds start fighting in the top of a tree, Boris gets out his gun. We’re Scandinavian and never see guns, so we’re a bit apprehensive. But Boris assures us he’ll not shoot the birds, just fire warning shots to scare them off. And so he does. Has to protect his fruit, of course. Next, he climbs up a ladder and picks heaps of sweet, delicious cherries for us. 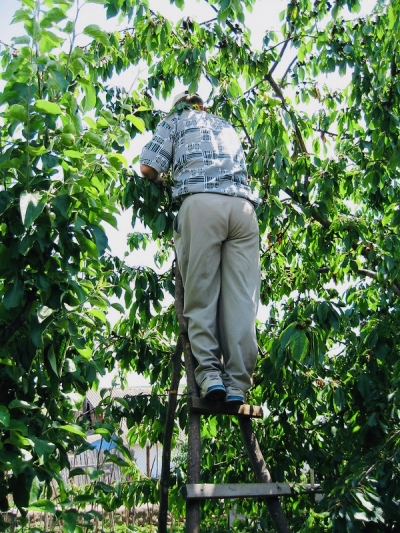 Katya, his wife, puts on a big bowl of equally delicious strawberries, way too much for us to eat. No problem, though – the remaining berries are put in a bag for us to take along to Chisinau and enjoy later. 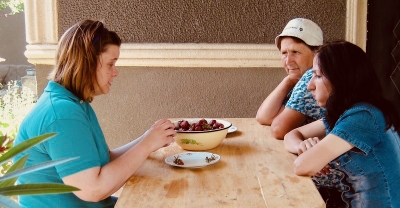 Ambling about the countryside, lazing in the sun, munching berries, smelling the flowers…. Ivancea would make a nice, relaxing little overnight stay.