Discovering a film location on Isle of Man

Isle of Man is frequently used as film location. Read on to find out more…

I spent too much time in Laxey, and, annoyingly, too much time waiting for buses and trains. My bad – you really can’t fault a service that runs every 30 – 40 minutes. Ambling over to the Douglas-bound train, I discovered I just missed one. At the bus stop nearby, I discovered I had just missed that, too. It was now 1 p.m. and I realised all of a sudden I didn’t have all day, as everything closed at 5. So it now seemed I had to choose: Either go west and see Peel Castle (featured in I Capture the Castle) and the supposedly fabulous House of Mananan. Or go south to Castletown and onwards. 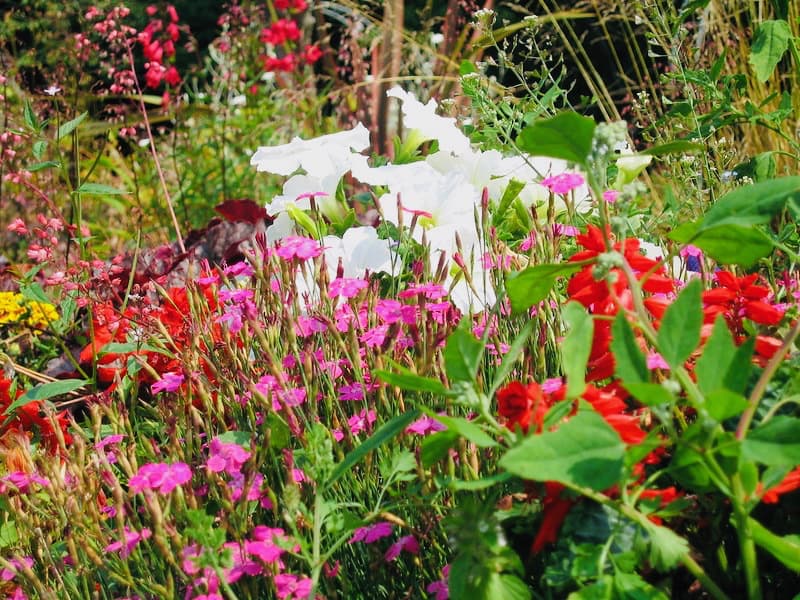 For 40 minutes at the bus stop in Laxey, surrounded by flowers, I pondered this. I wanted to do both! Today! Plus, I was hungry. On the bus to Douglas, I got into one of my internal, silent pet peeves. I’ll share it here with you: Why is it that we, in this advanced age, haven’t come past having to eat? Oh, we can still have dinner parties, romantic meals for two and all that – but on a daily basis, why can’t we run on, say pure energy? All this having to take breaks to put stuff in – and out, as it were – is a bloody nuisance. Not least now.

Meanwhile, the bus stopped at Douglas harbour and I ran like a mad woman to the bus station. All of a sudden I saw the Peel bus at one stop and the Castletown bus at the next. I had loosely planned to let fate decide: whichever bus was at the station first – there go I. Now I was torn, looking from one bus to the other. Both drivers looked expectantly at me. But I couldn’t decide, so finally they both took off, leaving me there as the bloody Queen of Indecision. Damn! 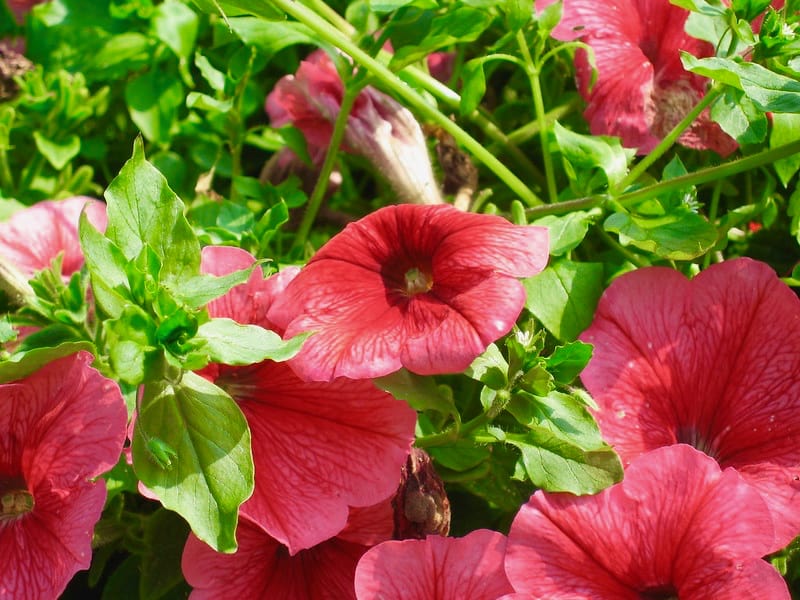 Two seconds later, I noticed the southbound bus wasn’t only going to Castletown but all the way to Calf Sound. And two seconds after that, after a quick peek in a brochure, I realised that’s where a special part of Keeping Mum was filmed.

Isle of Man as film location

Keeping Mum, if you haven’t seen it, is a fun film with peculiar and slightly scary morals: If men misbehave, kill them. The film stars Patrick Swayze as a sleazy golf pro, and Kristin Scott Thomas as a frustrated, neglected wife of an asexual vicar (Rowan Atkinson – the Black Adder!), mostly concerned with God and his congregation in Little Wallop.

In one scene, Kristin and Patrick sit in a restaurant, discussing their plans to run away together, leaving poor Rowan behind, not knowing what hit him. Spoiler alert: It didn’t happen. Kristin’s mum (played brilliantly by Dame Maggie Smith) found out Patrick was secretly video-taping Kristin’s teenage daughter naked and whacked him dead with an iron. Then, she proceeded to give Rowan sex advice based on Biblical scripture – and everyone was happy; well, all but Patrick and some other men who didn’t behave. 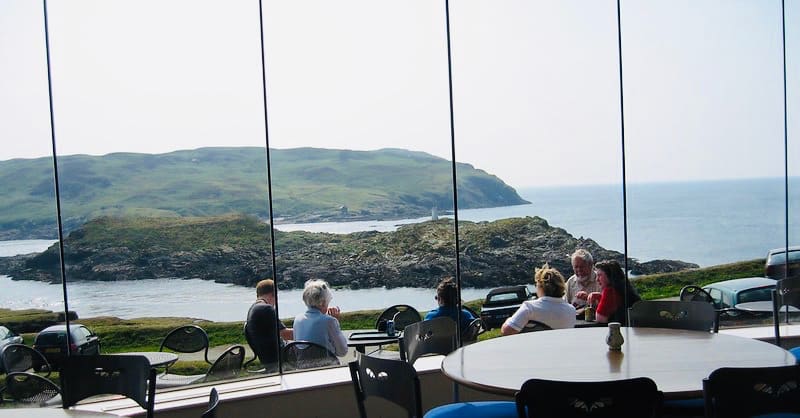 When Kristin and Patrick discuss running away, they’re in a restaurant with panorama windows through which you see the most stunning scenery. And I’ve seen heaps of stunning views. It was so gorgeous, I had to look up the film location: Isle of Man.

Recognising the film location in the brochure, I immediately knew where I had to go. This particular location, along with the fact that the Isle of Man is for all intents and purposes a separate country, is what drew me to the island in the first place. 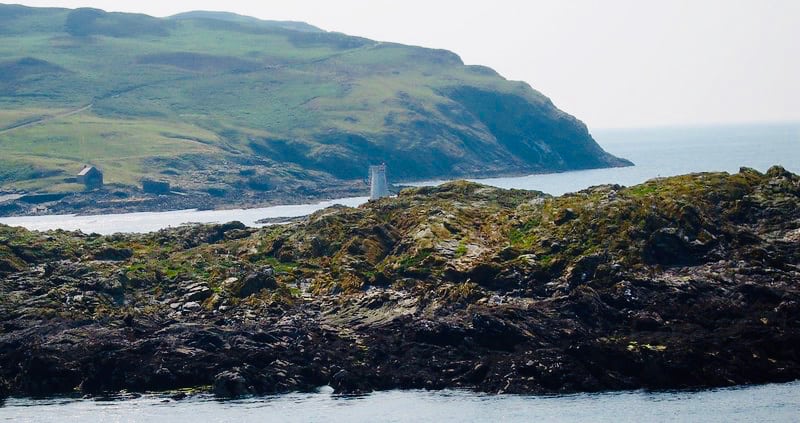 While the restaurant had seemed significantly larger in the film (that’s the movies – larger than life), Calf Sound was just at beautiful in real life.

I looked out at the light house and Calf Island for ages; or for as long as the bus driver was willing to wait, as he was the last one going back that day (at 4 pm!)

The kindly man also pointed out two basking sharks for me. At first, I didn’t see any and was annoyed in that childish, slightly whiney way you are when someone points out something and you just don’t see it. “Out there. Look!” he said. I couldn’t see a thing, damn it. 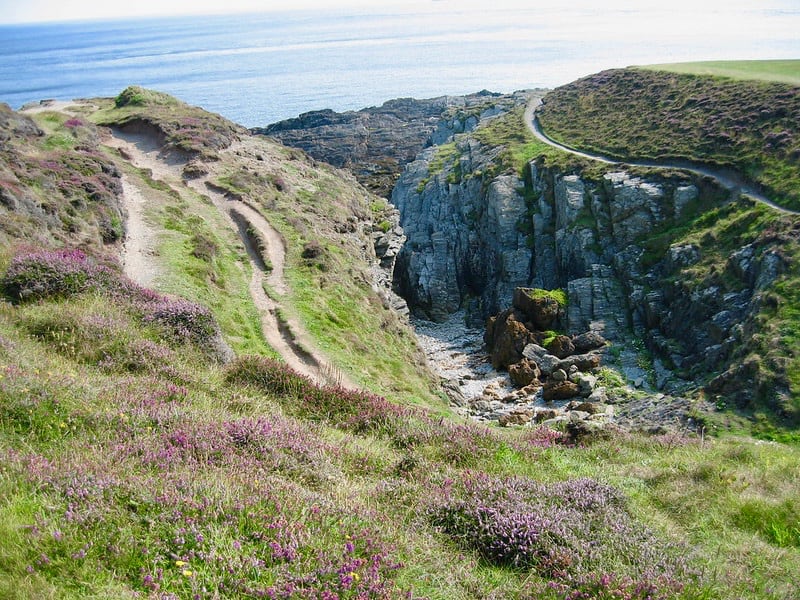 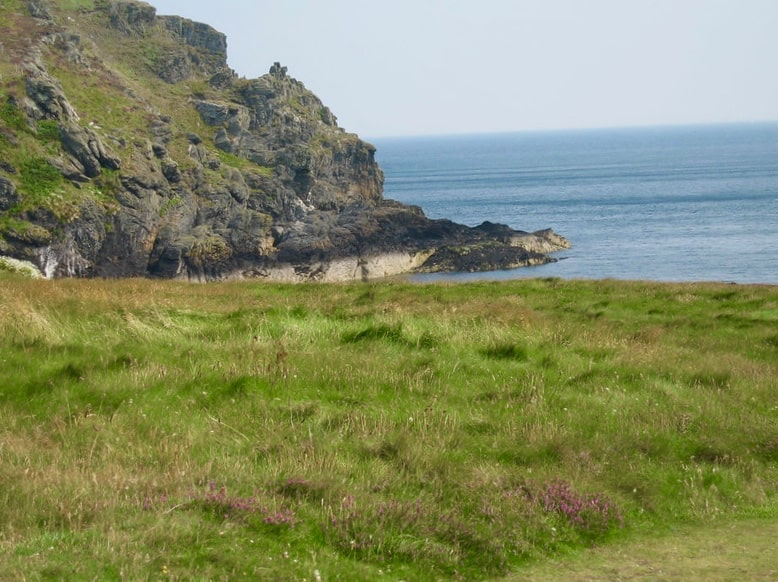 They were beautiful. These sharks are the second largest fish in the world, but not dangerous to people, as they prefer a veg diet. I’m glad I saw them – and the Sound.

Calf Sound is great for kayaking next to basking whales and Atlantic seals. But not without a skilled guide. The currents are strong and many have met shipwreck here.