The lonely convent (Day out Rome)

By Alexandra Redisch on Isola Maggiore 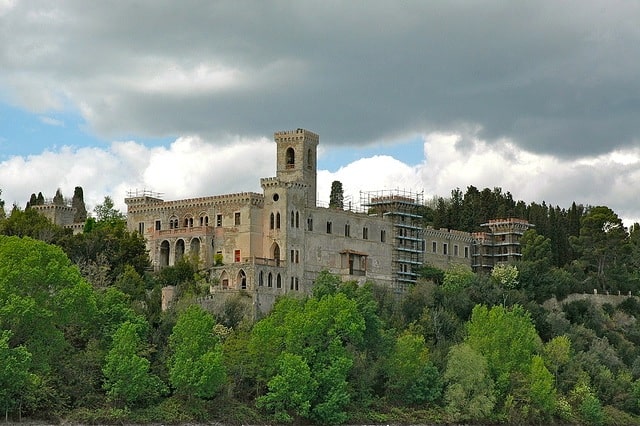 Once upon a time there was a convent. This convent was very old and tired, its walls were falling down and the roof had many holes. The convent was sad because no one lived there anymore. And it was used to having many occupants: the nuns of the Confraternity of Saint Mary of the Disciplined had lived there for many years, and St. Francis himself had even stayed there once. But the nuns were long gone, and the convent thought it would never be lived in again. It was all terribly upsetting.

But one day, the Marquis Giacinto Guglielmi of Civitavecchia came along and bought the old convent. He mended the holes in the roof and replaced the walls that were no more, and soon the convent was born again as Villa Guglielmi; a beautiful palace on Isola Maggiore, surrounded by Lake Trasimeno.

Marquis Guglielmi and his wife now lived in the convent, along with their daughter Elena. The convent was happy, but still it wanted more. Three people were surely not enough for such a large house. Elena felt the same way too. She was often bored, and she wanted to socialise with other girls in the fishing villages along the coast. She also wanted to do some good for the community, so she started teaching local girls how to make lace. 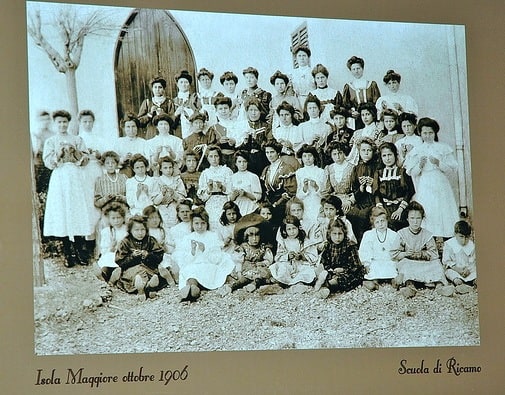 Lace making became very popular, and soon all the girls came to Villa Guglielmi to participate. One year they had thirty students who came daily to the villa to make crochet-hook lace. The convent was very happy now. There was energy bouncing off the walls, and the convent could feel this deep within her stone walls. The students were happy too. They made table cloths and dresses and all kinds of beautiful lace creations that they sold to rich girls from Florence, Rome, and Perugia. 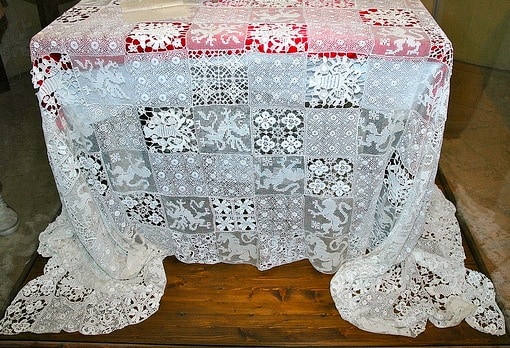 The school became so popular that a specialist in Irish lace came all the way from Turin to train girls at Villa Gugliemli. The convent was very proud to have such a special guest under her roof. Signorina Elvira Tosetti was the first to learn this new art of lace making. She started showing it to other girls in the nearby fishing villages, and when they grew up they taught their daughters how to make lace as well.

Sadly, the Guglielmi family didn’t stay very long in the convent. Elenas children didn’t want to live on such a small island, and once again the convent was left to itself. It was scared that the walls would start crumbling again, but happily it didn’t stay this way for long.

Even though no one lives there anymore, the convent is still happy, because it is now used as a lace museum where you can see examples of the lace that Elena and her pupils made. But the convent would love even more visitors to bring energy to her old stones, so perhaps you could make the journey next time you’re in Italy? If you go there, follow the Via Guglielmi to the old convent, and you will see women making lace in front of their houses along the way. This old tradition is very important on Isola Maggiore, and the convent feels very proud to be a part of it, and is certainly not sad or lonely anymore. 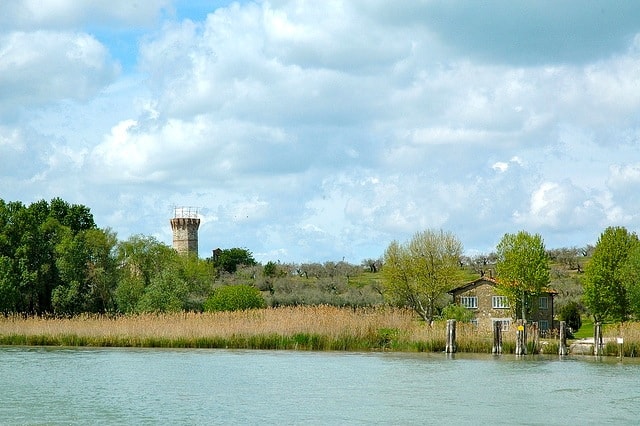 Disclosure: On Isola Maggiore, I was a guest of Trasimeno Tourist Office and Umbria Regional Tourism Board. As ever, all opinions are mine, all mine.