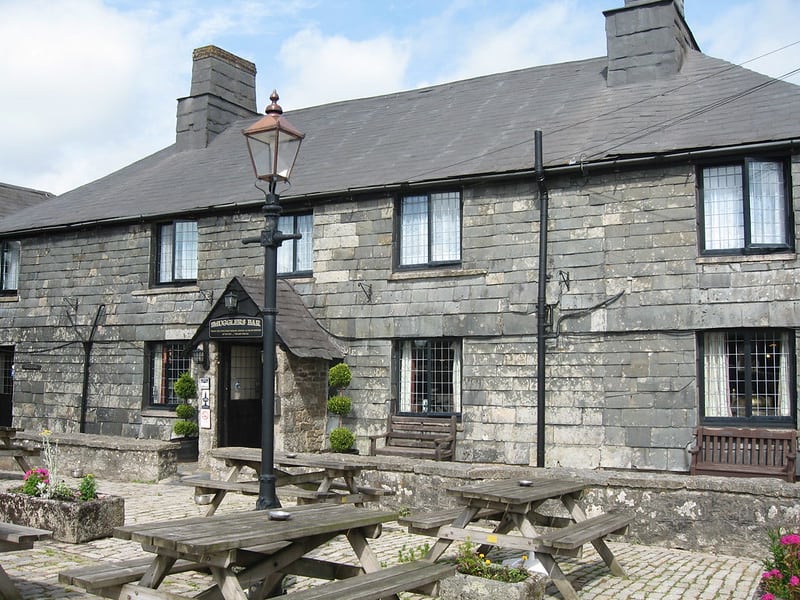 On this Cornwall Sunday, I’m going to share a fabulous hotel with you. It’s not going to be a hotel review as such. Not that there’s anything wrong with the facilities, they are more than adequate, but that’s not the main issue here.

What makes Jamaica Inn stand out is its interesting location and its history. Situated on Cornwall’s deliciously eerie Bodmin Moor (more on this spooky windswept moor in a later post), this is a coaching inn from 1750.

The kids and I had this wonderful place as our base for nearly a week while we explored Cornwall. We enjoyed every minute here and looked forward to ‘going home’ every night. 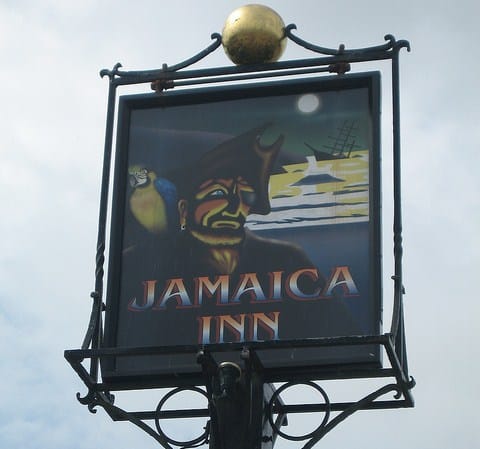 Have you read Jamaica Inn?

When I was a wee bit younger, I devoured mysteries and thrillers. If they were set in another era, so much the better. Daphne du Maurier’s Jamaica Inn was a fave of my 12-year-old self.

The book is set in the early 1800s and revolves around a young girl, Mary Yellan, who is sent to live with her aunt after her parents die. Auntie turns out to be married to a cruel and murderous innkeeper, Joss Merlyn. Together with his blood-thirsty band of smugglers, Merlyn lures ships to shore with a fake beacon light, runs them aground, kills everyone on board and takes off with the loot. Of course, the evil man gets his comeuppance. One day Mary finds him, stabbed to death.

Odd then, that I had no idea the inn really existed. First when researching interesting and curious things we could do in Cornwall, did I come upon the real Jamaica Inn. 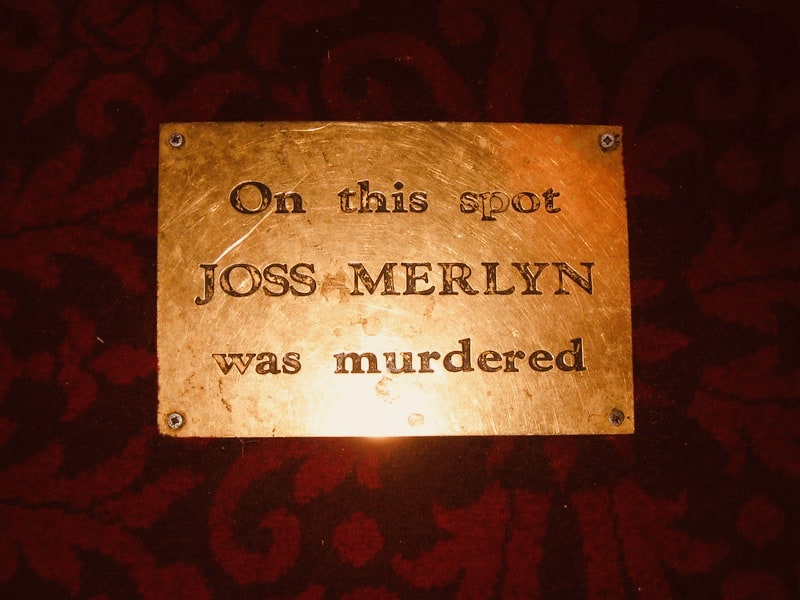 You might think the inn was named after the book (and later film and TV series), but it’s quite the contrary! The story goes that one day in the 1930s, Daphne du Maurier and friends got lost in bad weather riding on Bodmin Moor. The group let their horses lead them and ended up at Jamaica Inn where they stayed and heard all the stories – fertile grounds for anyone’s imagination. 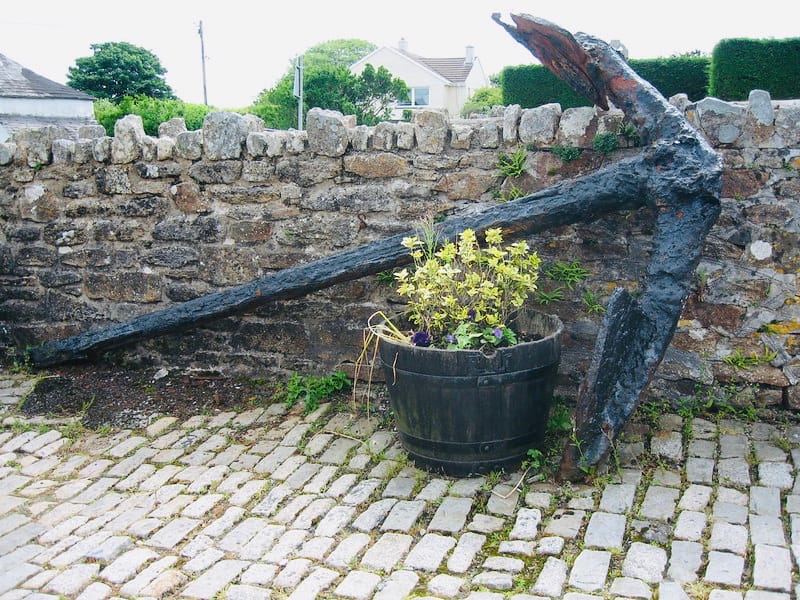 Today, a turnpike road bisects the moor. Not so long ago, however, this was but a packhorse track and travellers arrived at Jamaica Inn on foot or on horse. In fact, the stables were converted to a bar as late as 1953. It is said travellers in the old days made out their wills before setting off across the treacherous moor. While we just pulled off the A30 in our little hire car. (It’s with a touch of melancholy I note that.) 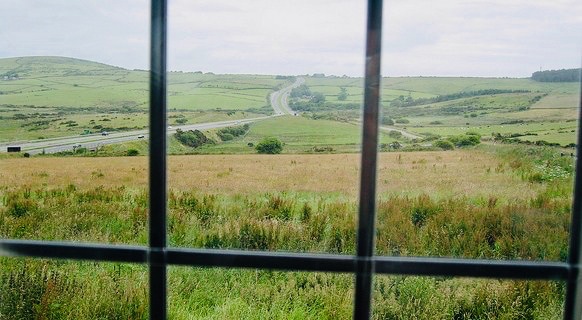 The A30 seen from room 10 at Jamaica Inn

Cornwall was always one of the poorer parts of Britain (still is) with an economy based on mining. The miners and their families led hard lives with meager earnings. Smuggling was rife. The isolated Jamaica Inn was used as a stopover for smugglers as they brought their contraband from the ocean – both from Tintagel in the north and Polperro in the south – into Devon and onwards.

Of course, Bodmin Moor and Jamaica Inn are both overflowing with ghost stories: conversations in a foreign language (Ancient Cornish?) by people unseen, horses and carts heard but not seen, footsteps in the corridors in the middle of the night. A man in old-fashioned clothes has been seen walking through walls, an old woman has been spotted in room 5…

Unfortunately, I hadn’t thought to request room 5 (note to self: improve pre-trip research). Others had, however. We read an enticing description in the guest book from a family who had stayed in that infamous room. The gist of the entry was that while two teenage daughters were out and about after hours, looking for ghosts, their younger brother was left alone in room 5. In the bathroom, getting ready for bed, the boy looked in the mirror – and saw an old woman standing behind him staring right at him.

The popular British TV programme Most Haunted featured Jamaica Inn in an episode and said it was one of the spookiest programmes they had ever recorded.

Like most of my fellow Norwegians, I tend to treat beliefs and superstitions with a good dose of cynicism. However, I’m the first to admit history would probably be much less interesting without them. 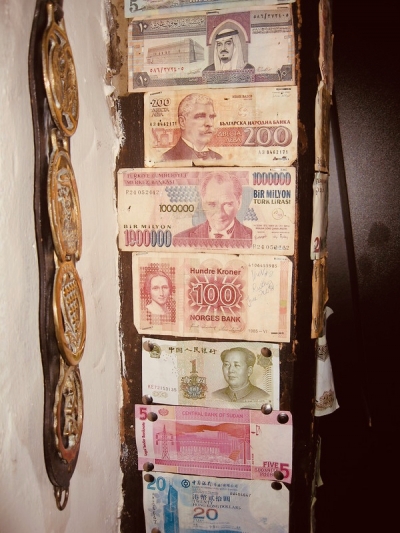 Norwegian history at the inn: an old 100 kroner note pinned to the wall. Practically vintage; hasn’t been in use in 20 years.

The Smuggler’s Museum at Jamaica Inn

Jamaica Inn offers various ghostly events (have a look at ghost hunt events for 2012) and has an on-site Smuggler’s Museum and shop. It is a business, after all. 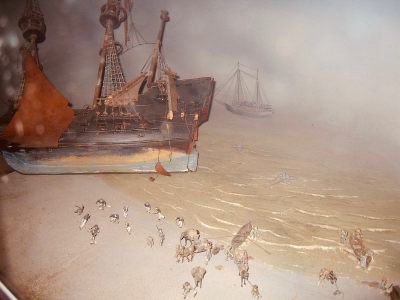 One haunting exhibit is of a skull found 50 years ago in a cave under the foundations of an old house known to have been frequented by smugglers. Stores of spirits were found, as was the skeleton of a man in chains. Who was this man who had been left to die? A smuggler? Customs agent? Informant? 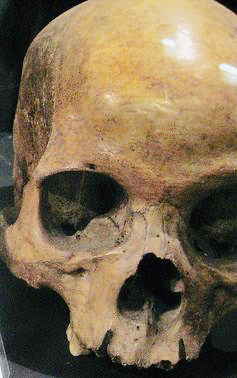 Rumour has it, the inn was named for Jamaican rum, smuggled into England and stored there. However, it appears reality is slightly less romantic, if no less Jamaican. A large landowning family in the area, the Trelawneys, had two family members serving as Governors of Jamaica in the 18th century.

You’d think a haunted hotel would have a resident cat. Not here. This friendly stray was from the tiny village Bolventor nearby and just stopped by whenever she felt like it. 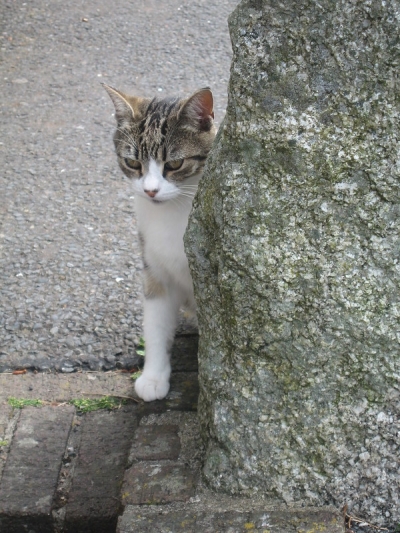 We’ll pretend this is a smuggler’s cat 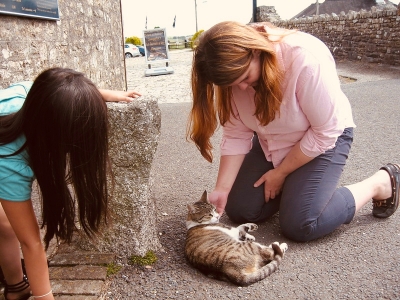 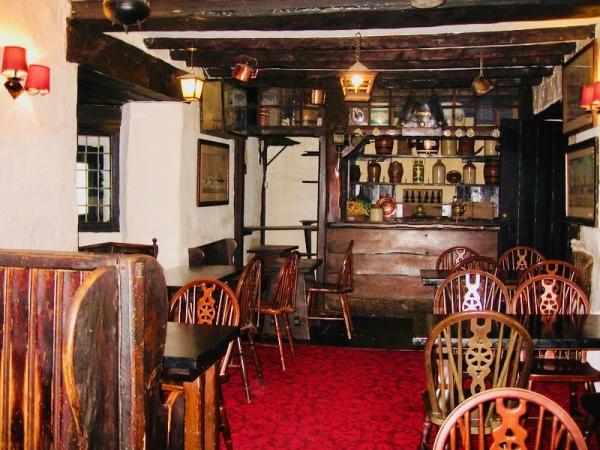 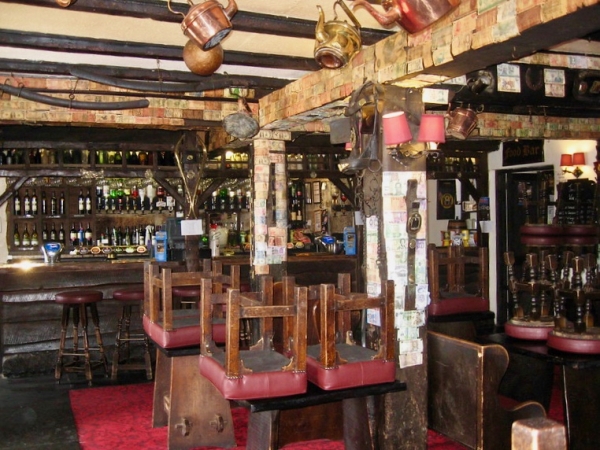 After hours, when the ghosts come out

Have you ever stayed in a haunted house?