In retrospect: Birthplace of Christianity in Bethlehem 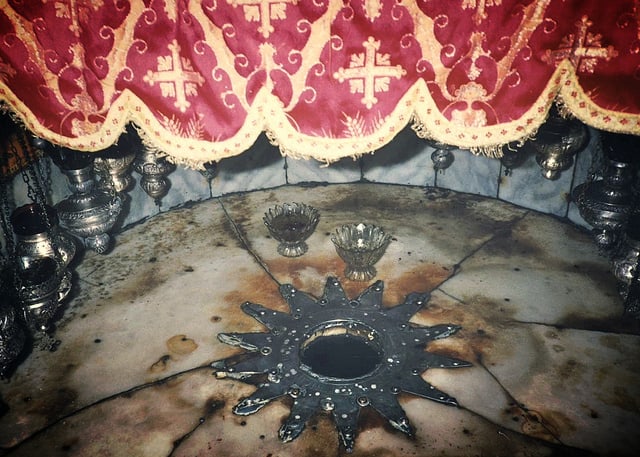 The silver star marks the spot

In 339 AD, a church was built in Palestine, in the city of Bethlehem. It was built above a cave, where tradition has it, there once was a manger – specifically the manger where the inspiration behind Christianity was born.

Church of the Nativity is the most sacred place in all of Christendom. Not surprisingly, it’s a major pilgrim destination. I visited with my daughter when she was four years old. As it happened, our early morning sojourn inside the church coincided with a pilgrimage visit.

Now, we come from a culture where great shows of emotion isn’t exactly the norm, and I must admit to feeling slightly bothered by the blatant devotion – yet, at the same time, oddly fascinated. Alexandra was uncomfortable with the intense wailing, so we quickly left the confined space and stepped back out on Manger Square, into the light, and air.

Have you ever visited a place of pilgrimage – in Bethlehem or elsewhere?