It’s raining out, a wet, chilly June day, typical in Ireland, I’m told. To escape the weather, I’ve popped in to Kyteler’s Inn in Kilkenny, to the cavernous cellar. 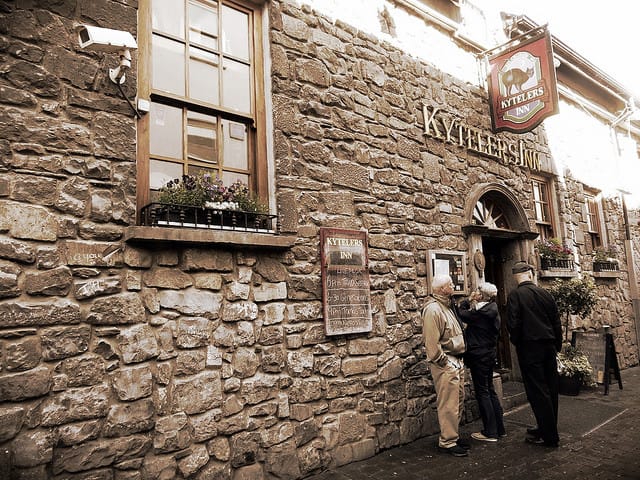 Kyteler’s Inn has been a lively, merry place since its first owner bandied about here 700 years ago. Looks like it still is.

There’s no mobile connection here in the cellar. That’s as it should be. Instead of restlessly fiddling with my mobile, I dig out a pen, order tea and ask for extra serviettes to scribble on.

I’m about to add Canderel to my tea, but then I stop. Artificial sweetener feels wrong here in this extraordinary historic environment. Kyteler’s Inn, you see, has been around since the 1200s. At least.

The most famous proprietor was one Dame Alice de Kyteler, a merry widow who annoyed the authorities by being, well, merry. In 1324, their patience with this jolly old girl was worn out. So angry were they, they accused her of witchcraft. Alice might very well have been the first ever to face this infamous allegation.

Sadly, she wasn’t the last. During the following centuries, more than a million were accused in Europe. Later, North America followed suit. Most were tortured and executed as a result. Most were women. 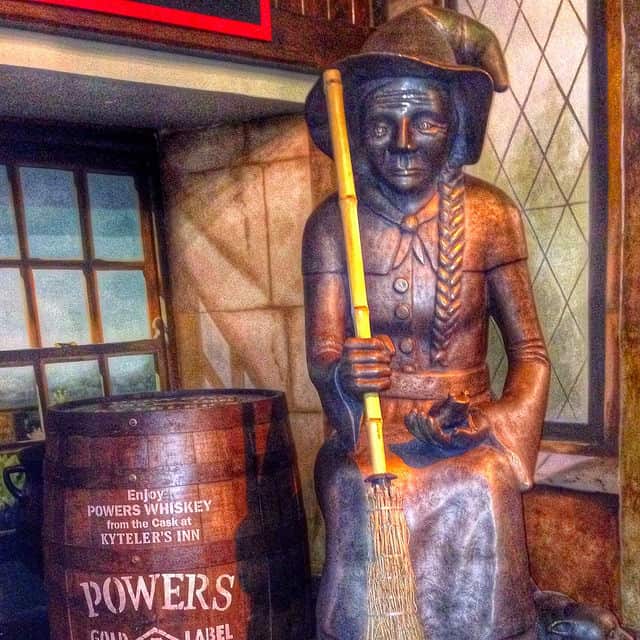 Instead of sweetener, I add honey to my tea, hoping Dame Alice might have approved.

I toy with the idea that she might have done the same; 800 years ago, just here, perhaps even in this very cellar. But she didn’t, of course. In Dame Alice’s day, tea hadn’t yet found its way to these shores. Instead, it was a well-kept secret in the Far East. Honey, however, is another story. Mead, which is essentially fermented honey and water, was frequently and copiously enjoyed by my ancestors, the Vikings, a few centuries before Dame Alice.

So what happened to the Kilkenny Witch?

In 1324, Alice was 61 years old. She had had four husbands, all dead. That was the excuse her enemies needed: surely all these dead husbands must mean she had poisoned them?

Fortunately, Alice had friends in high places. She was warned of impending doom and managed to escape across the Irish Sea to England – and possibly further. She was never heard of again.

Her housemaid Petronilla, however, was not so lucky. Poor Petronilla suffered the worst fate of all – she was ‘examined’ (read: whipped through the streets), then burned at the stake.

In the Inn you can see a bronze model of Alice, created by local sculptor Ani Mollereau.

And on a totally unrelated note (or is it?), in the street outside Kyteler’s Inn, just a wee bit further along, there’s all kinds of fabulous spooky street art, such as the piece below, by the talented Mick Minogue. 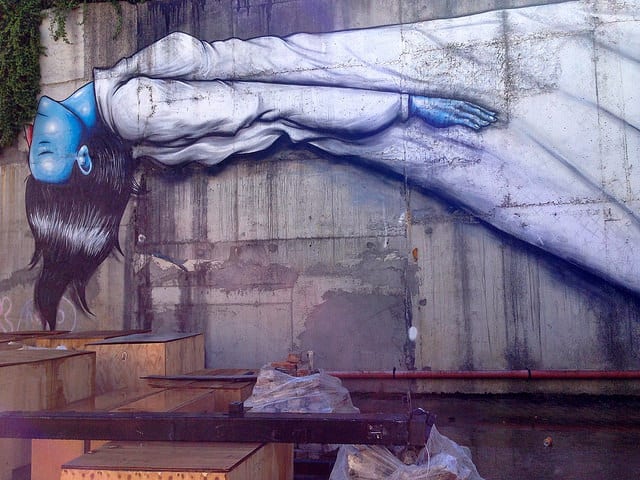 Disclosure? None at all. I just like a place with a curious history.