The most evocative house in Kuwait City must surely be the Kuwait Gulf War memorial – or Kuwait House of National Memorial Museum, as it’s officially called – Bait Al Watani in Arabic. Outside the house is an Iraqi tank. The taxi driver, Assis, ensures I see it. 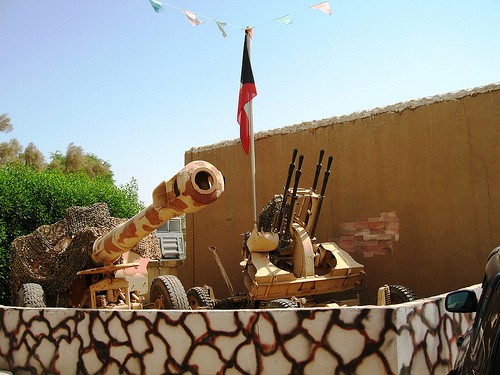 The 1 KD entrance fee gets me a personal guide. Sakina begins by reeling off names of former sheikhs; the earliest ones have plaques, the later ones paintings. Then follows a section devoted to the discovery of oil and the early days of Kuwait’s prosperity. 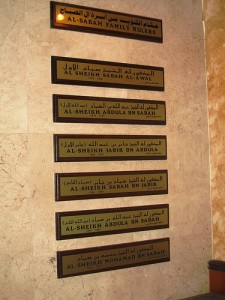 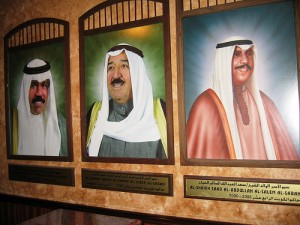 While I wait for Sakina to get the new, modern, bi-lingual audio-system ready, I stroll through to the front yard; drawn by a model of a house being torpedoed. The name Saddam is painted on the weapon. Flags surround the monument; flags of the nations that helped Kuwait in its hour of need. 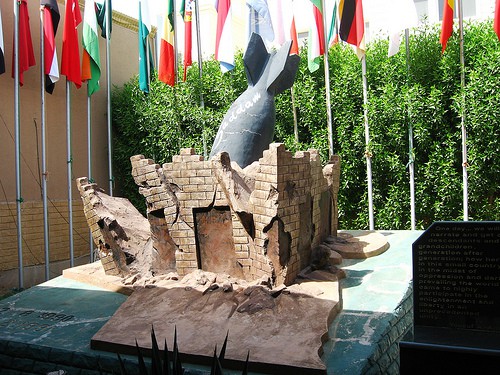 The rest of the museum is about the Gulf War and its consequences, as told through Kuwaiti eyes. Which is what I came here to see.

It’s been nearly 20 years, so a quick recap might be in order: On 2 August 1990, Iraq invaded Kuwait, claiming it as part of the old Ottoman province of Basra and thus Iraqi property. The Iraqi army came at night with thousands of soldiers and tanks. Kuwait city was air-bombed. Looting and bank robbery immediately began. Oil wells were set on fire, a total of 732 wells. “They terrorised the Kuwaiti people”, Sakina says. “People who had been living so safely”. 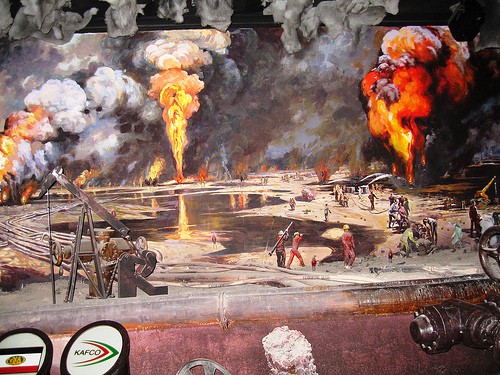 Walking through a dark corridor, I hear the horrors of war. Models of houses, people, war planes, tanks – all illuminated and timed with smoke and sound effects. Planes whiz by, bombs are dropped, houses set on fire, machine guns rattle, people shout. It feels very realistic. 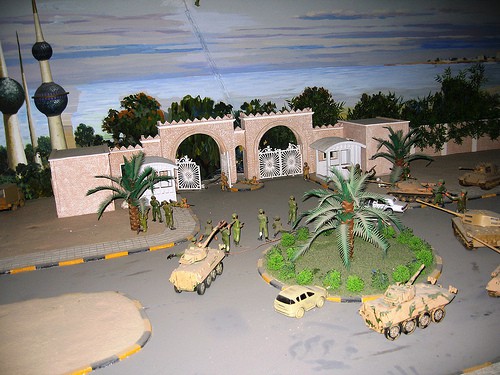 Kuwaitis fled to neighbouring Saudi Arabia. Some were lost in the desert and never heard from again. 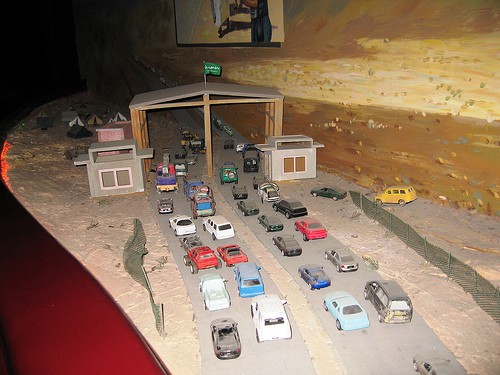 Women who were killed: 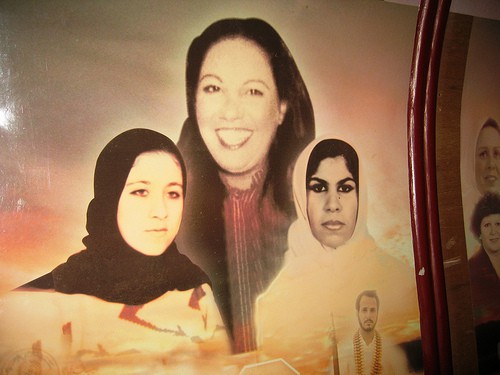 The invaders changed the names of Kuwait’s cities: 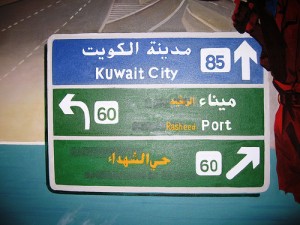 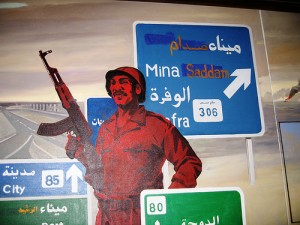 Barrels of oil were dumped in the gulf and Kuwaitis were taken as prisoners of war: 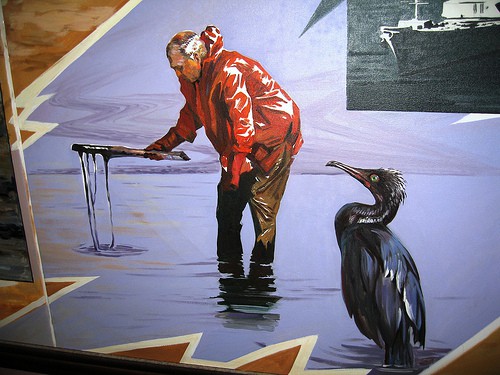 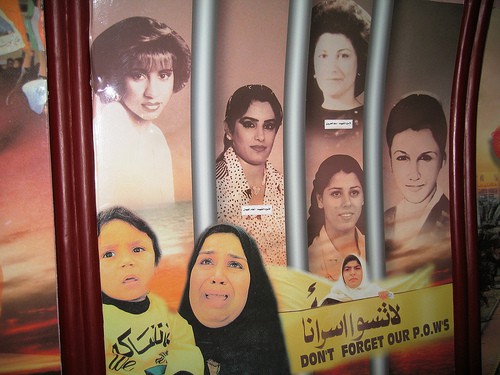 I ask Sakina what she remembers. “Not much”, she says. “I was only a year old”. Her father was taken prisoner and sent to Iraq. “But now I have my father”, she adds happily. He was returned after a year.

Five days after the invasion, US troops were sent to Saudi Arabia, originally to protect Saudi oil fields. An international coalition to oppose Saddam Hussein was forged, comprising 34 countries. However, this was a highly controversial decision in some coalition countries; many felt the USA already had too much influence in the region. 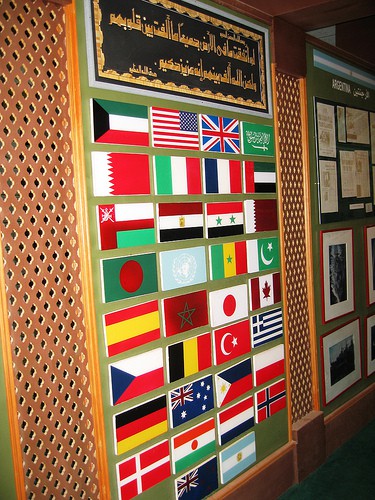 The US Congress authorized using military force in January 1991, based on not entirely truthful information. Satellite photos showing an agglomeration of Iraqi battalions were shown to be false. Some examples of human rights abuses turned out to be fabricated by PR firm Hill & Knowlton, the most famous being the testimony of the false Nurse Nayira

Despite internal opposition in many countries, the USA was soon joined by the coalition partners. The Gulf War was on.

A section of the museum is devoted to showing gratitude to the coalition forces. 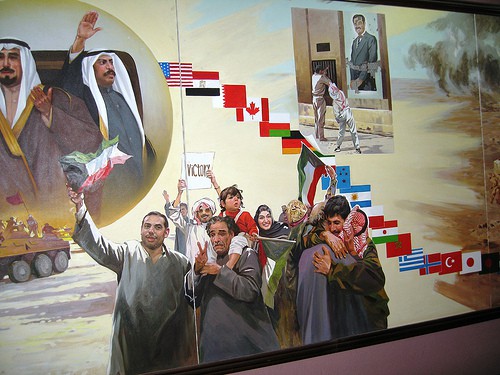 Many contributing countries have their own section. 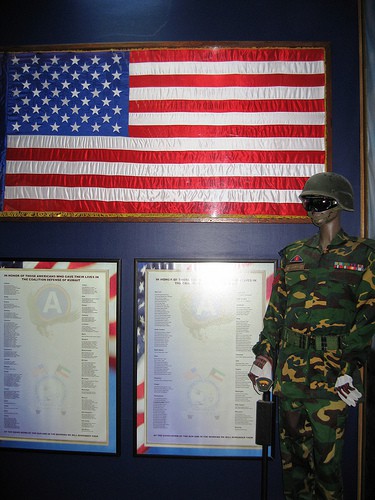 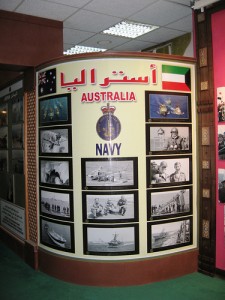 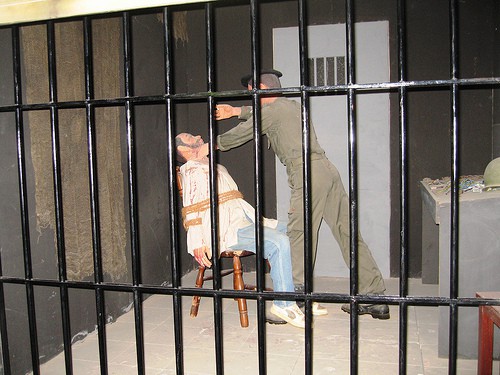 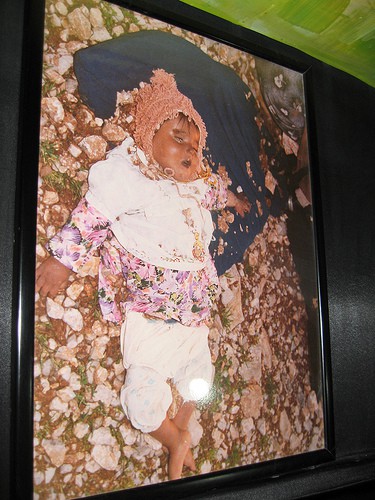 As a finale, the museum exhibits photos of Saddam Hussein’s capture and incarceration. In one, the bloodied corpses of Saddam’s two dead sons lie on tables partially covered in blue sheets. 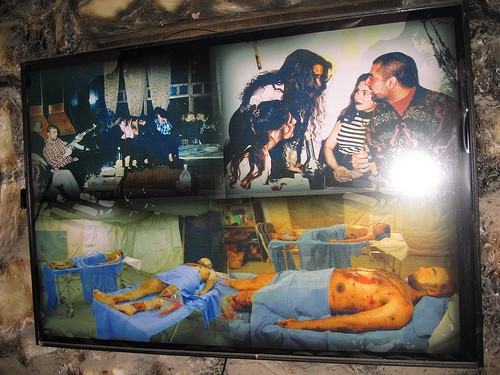 Accused of kidnapping, torture, rape and murder, Udai and Qusay Hussein were probably bad news. Still, this photo bothers me as much as the others. The brothers were killed during a raid on their house. So was Qusay’s 14-year-old son Mustapha.