30-year-old Kuwait Towers is probably the best known landmark on the Arabian Peninsula. Outside Dubai, that is. Designed by Scandinavians, and comprising two large spheres and a spike, the iconic towers are likely the top tourist attraction in Kuwait City. 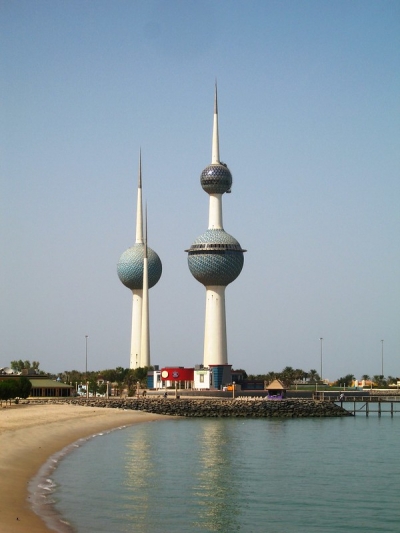 My first proper look at Kuwait Towers is through the windows of Le Nôtre, a French cafe along Arabian Gulf Road; in itself a cool building, all purple, steel and glass with a semi-circular terrace facing the Gulf. (And PS – Le Nôtre is also a good choice for a lunch restaurant in Kuwait city). 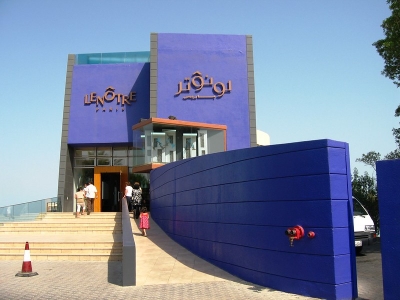 An apricot granita, a pear/roquefort/walnut salad and a croquant ice cream later, I’m so full I decide to walk along the beach to the towers. A good decision it turns out – this must surely be the best approach.

Interesting sights along the way: 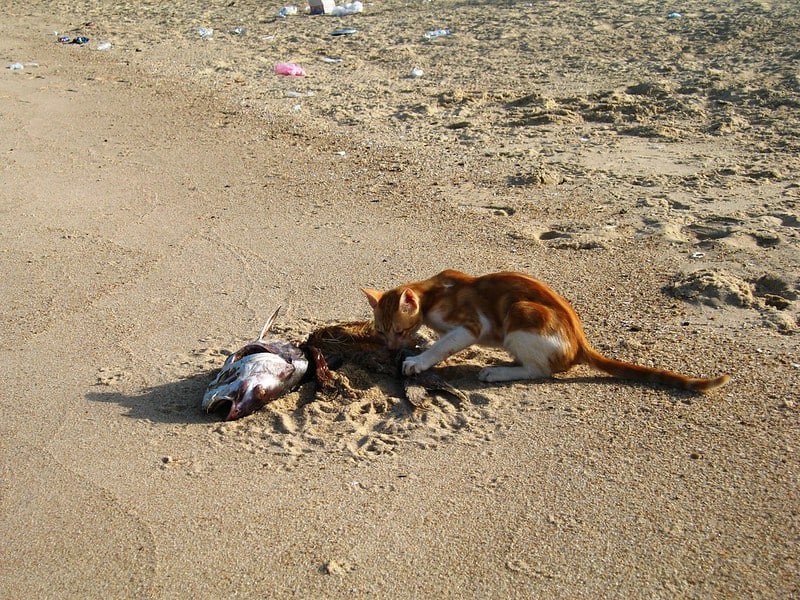 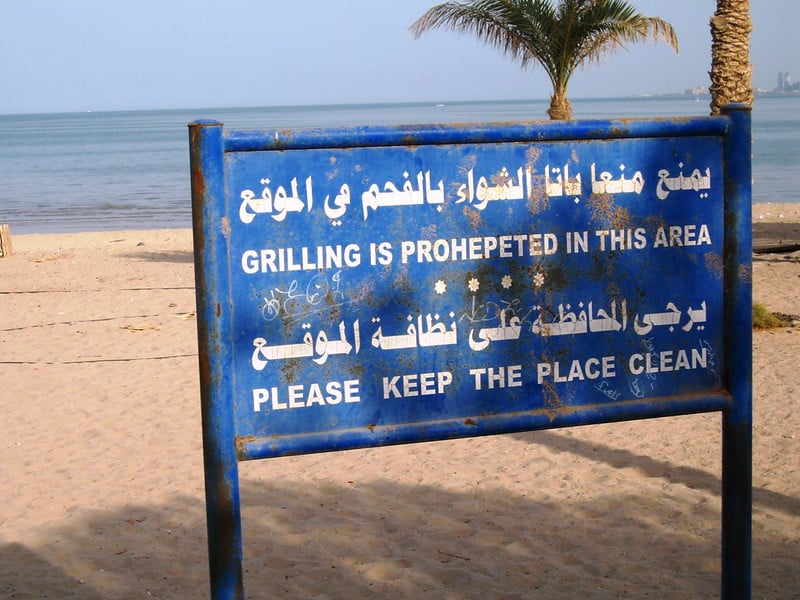 From below, the spheres look very cool, all earthy blue: 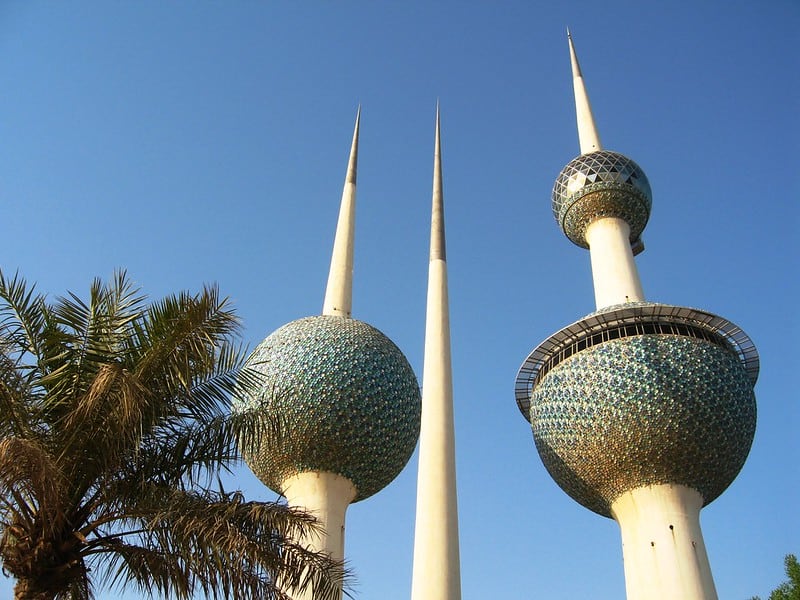 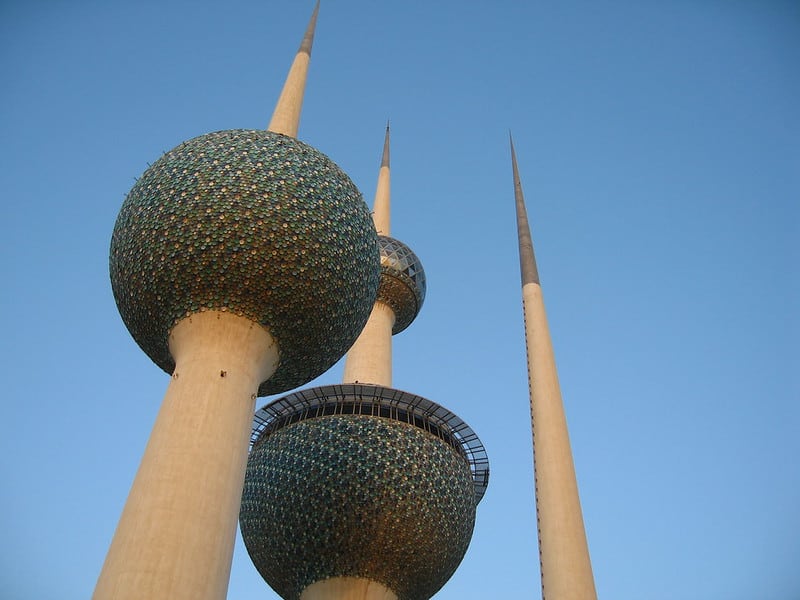 The lower sphere has a restaurant, the Ofok. I skip that and take the lift up to 120th floor instead. Entrance fee is 2 Kuwaiti Dinars – about 7.5 USD – and includes a soft drink.

Along the walls is a gallery of Kuwait City images, depicting the damage done during the Iraqi occupation in the early 1990s. 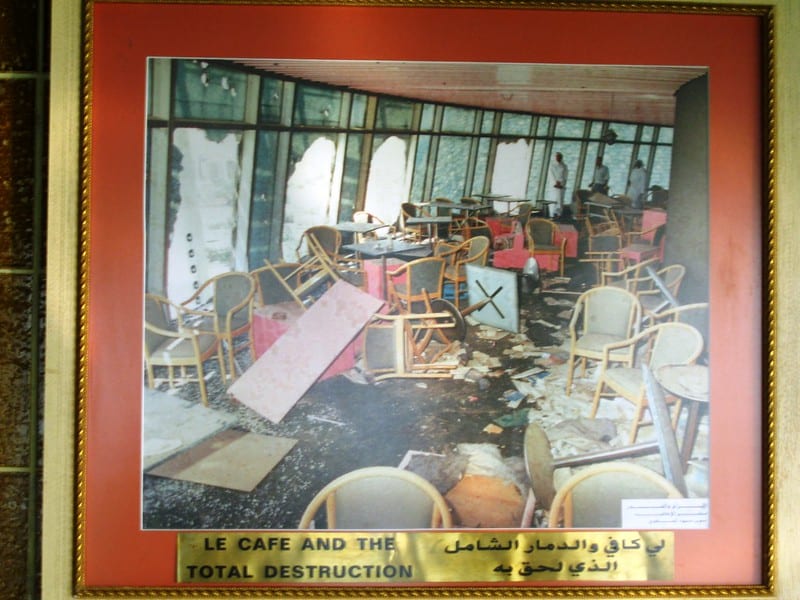 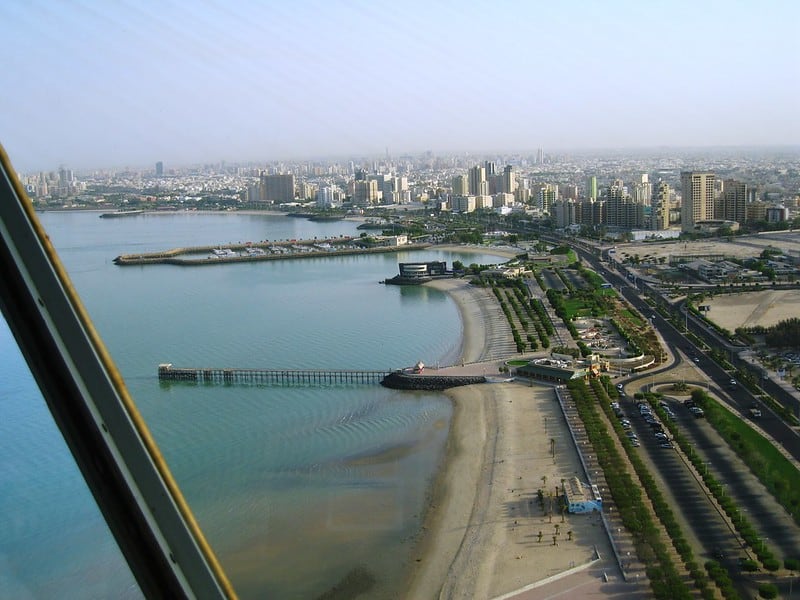 The observation platform is a short stairway up – to the 121st floor. I walk behind a veiled woman; so veiled in fact, she has difficulty climbing the few stairs. To avoid tumbling, she is supported by one man on each arm.

Settling at a standing table for a bit, I dig out a notebook. The observation platform rotates ever so slowly. Whenever I look up from my notebook the view has changed slightly. Instead of me moving to see different angles, the world moves for me.

I’m in the main tower, which in addition to housing the restaurant and viewing platform, also serves as a water tower. The other two towers have their functions as well. The middle sphere is also used as a water tower, while the third tower, the sphereless one, provides light to illuminate the monument. 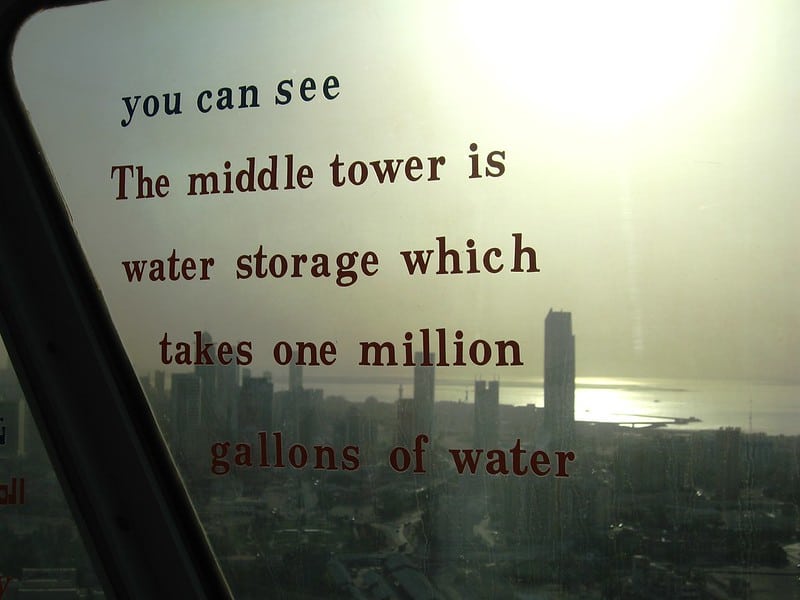 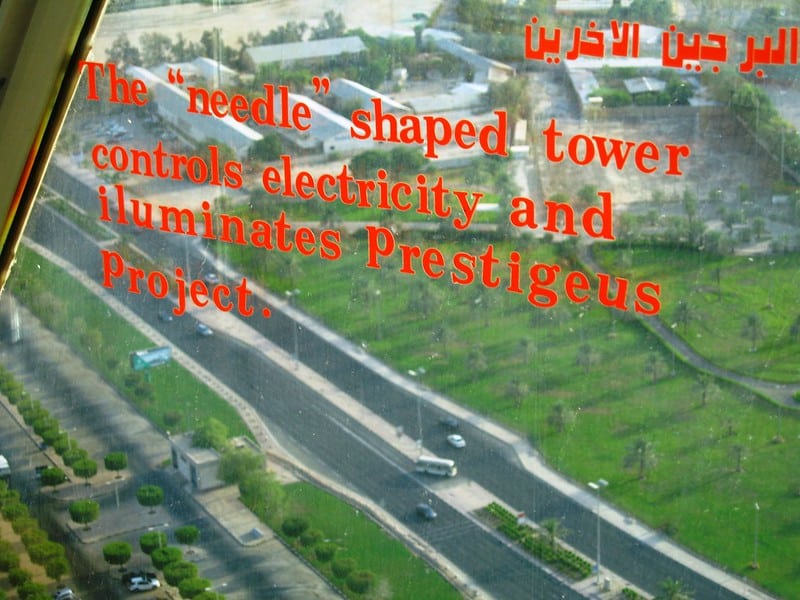 I’m soon joined by the only other westerner here. A journo from a Central European country, he is there to cover the issue of the Bedoo. ‘The Bedouins?’ I ask. Not quite. The Bedoo, it appears, are Kuwait’s stateless people; no basic rights, no passports, no freedom of movement. More on the Bedoo – or Bedoun – here.