The colours of La Boca 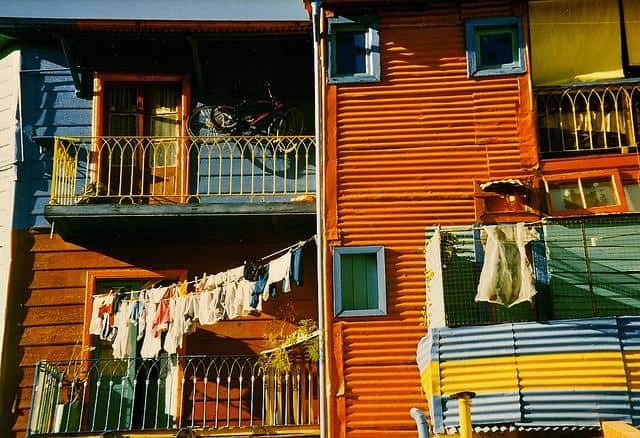 It’s a grey and dreary autumn day up here in the northern world. Much better then, to imagine summer, now fast approaching in the southern hemisphere. I’m thinking back to an afternoon ambling among the warm, vivid colours of La Boca. 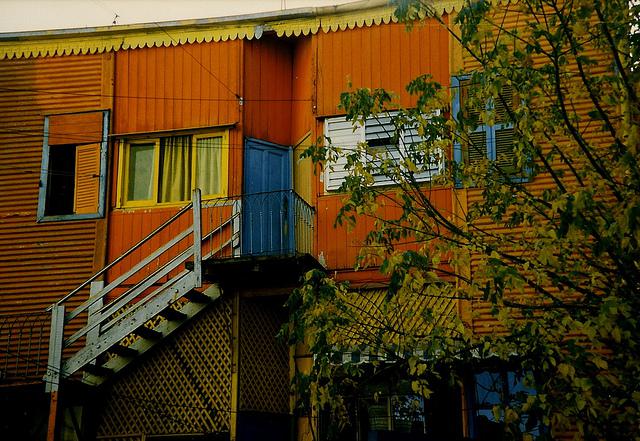 In one of Buenos Aires’ poorest barrios, you’ll find the most brilliant colours. Near the city’s old port, La Boca was settled by fishermen from Genoa in Italy. Houses were made of wood or corrugated zinc and painted in bright primary colours. Legend has it La Boca’s colours were the result of the fishermen using leftover paint from their boats on their homes.

These photos are from the pre-digital era. I spent an afternoon in La Boca long ago. Hardly anyone was about. Could have been lunch time. Or siesta. Sounds of tango music emitted from within and a few kids kicked a football about. I like to think one of those boys might be part of the famous footie team Boca Juniors now.

I’d love to return and play around with my current cameras and improved skills. I’d be sure to snap a few photos of kids with footballs, too, if any were about.

Though I hear La Boca is more crowded these days. 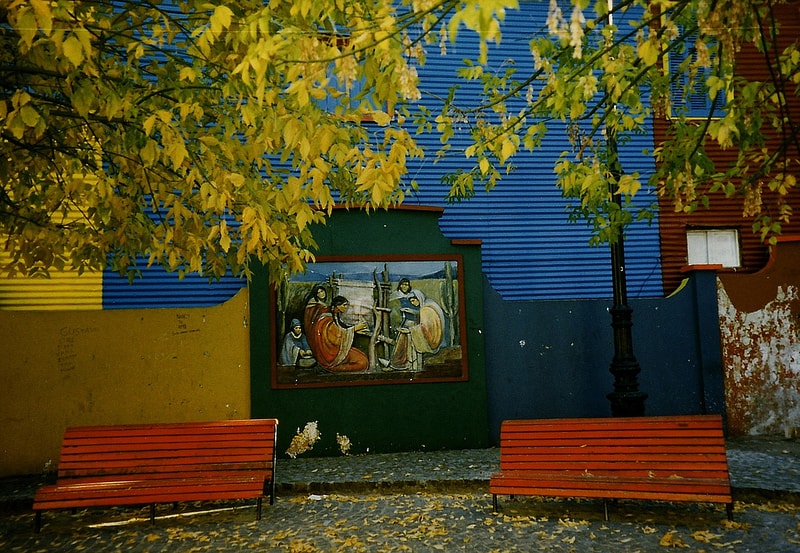 Have you been in La Boca’s recently? Was it busy?