The charms of England’s Lake District (Day out Manchester)

It’s so easy, isn’t it… jump on the plane – and less than two hours later you’re in London, the city we Scandinavians know so very well. It’s practically a default weekend break. 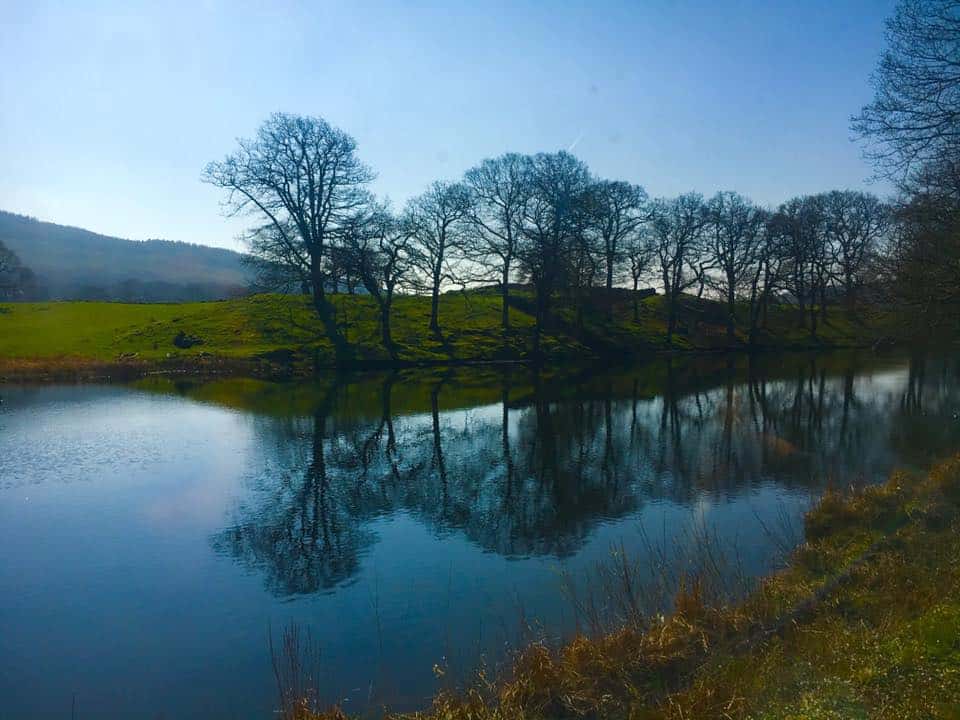 – ‘What are you doing this weekend?’

– ‘London? Shopping? Take in a show? I haven’t seen Book of Mormon. Whaddyasay?’

Well, here’s how that could go instead:

– ‘What are you doing this weekend?’

– ‘Well, how ‘bout we try something different this time? How about a weekend in the city and in the country?’

– ‘Ooh, Peter Rabbit country. I like! But football…? What’s gotten into you?’

– ‘Forget football. I’m thinking shopping, a cool concert, trying out some of those friendly local pubs. And I haven’t even started with the Lake District yet.’

– ‘Well, what are we waiting for? Might as well book right away.’ *googling flight prices*. ‘Oh, look, the flights cost next to nothing. Out Friday morning, home Monday morning?’

And that’s exactly what blogger colleague Travellingmunk and I did over a 3-day weekend just before Easter. And folks, I’ll give you the conclusion straight away: whether you like urban nerve, or prefer the quiet beauty of the countryside, the north of England is captivating. 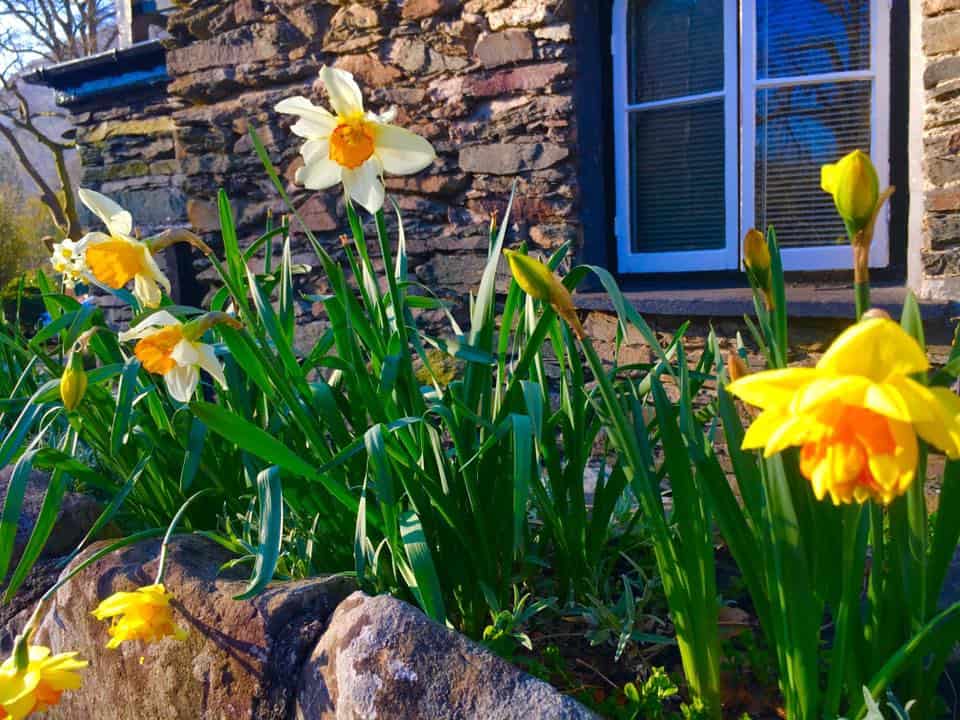 Things to do in the Lake District

In this post, I gave you a quick rundown of things to do with a mere half Sunday in Manchester. Remember I promised a look at things to do outside the city as well? Well, here it is.

Wait a minute. Fells, you say? Pray explain! Well, fell simply means fjell (mountain in Norwegian). And while we’re at it, what does dale mean? Dale = dal (valley in Norwegian). I do like stumbling upon home vernacular in other lands. 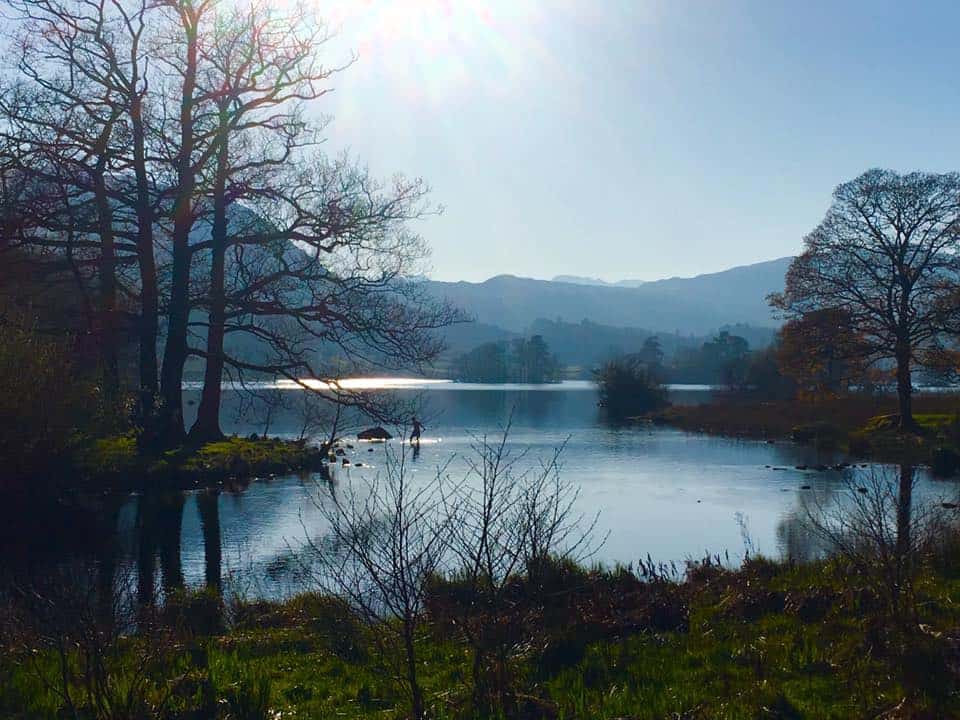 Nope, not us, Vikings as we are – but rather local kids braving a spring bath.

The Lake District landscape changes distinctly with the seasons, and I am quite taken with the spring colours – soft mossy green, dusty rose, warm golden…

“Soon, the pale hues will change to bright, brilliant shades of green,” local girl Astrid assures me. (Even names are Norwegian here!) The Lake District in autumn foliage is only too easy to picture. As for winter, snow seems to be a three-week affair, and a bit impractical when it appears – but oh so beautiful. For a few minutes, I fantasise about spending an entire cycle here, in a little cottage, reading, writing, thinking, doing nothing at all for long periods of time (a skill I’m becoming quite adept at)… just watching the seasons change. This is a meditative kind of place.

To get a proper feel, to unwind, enjoy long, soothing walks, spend time on the lake, you need four – five days. But who has that? We didn’t. Not this time, anyway. So here’s what you can do with two days in this peaceful paradise. 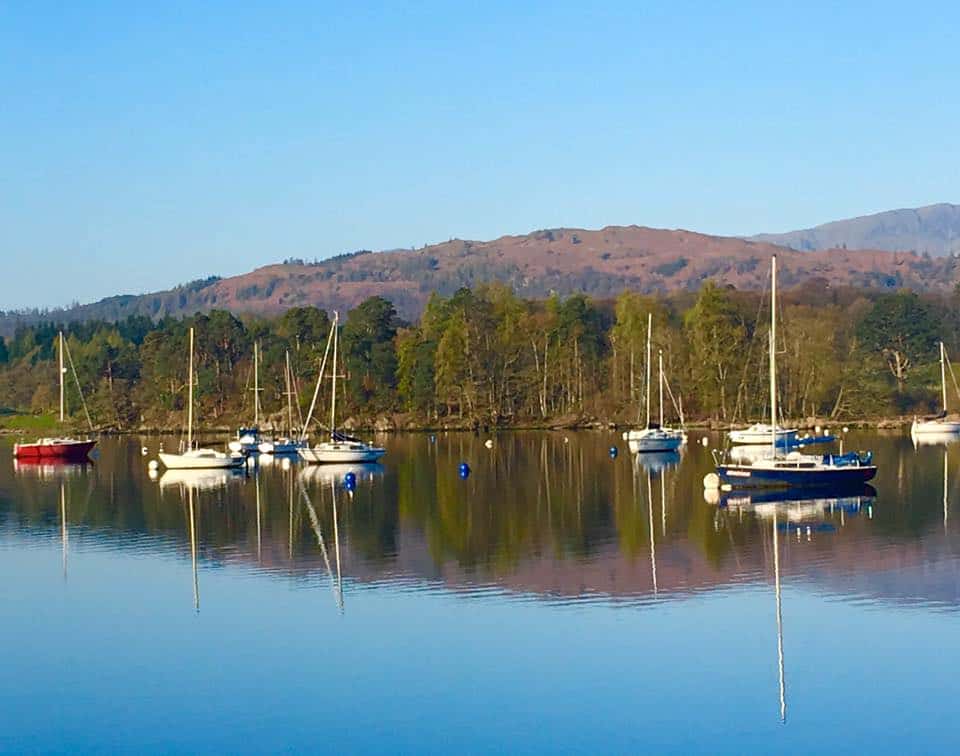 First off, rent a car. I normally promote public transport, but with limited time, it isn’t really a viable option in the Lake District. Might as well bite the bullet. And remember to drive on the wrong…oops, sorry, left… side of the road.

Just an hour and a half from Manchester airport, and we’re driving along Lake Windermere. You may use less time; my driving always seems to include getting lost at least once, even with a SatNav. This time, it took 15 minutes just getting out of the airport area. I need a stricter GPS. Something with a heavy Russian accent. I recently had one while driving in Greece: “You come to round thing in road, you take second exit. You hear me?” Just a few minutes with SatNav babushka, and I was simply too scared to make a mistake. But I digress.

Our lodgings at the Lakes is the Waterhead in Ambleside. We check in, have afternoon tea outside overlooking Lake Windermere (delicious tea, delicious weather), underneath a Union Jack fluttering in the breeze. A review of this lovely property can be found here. 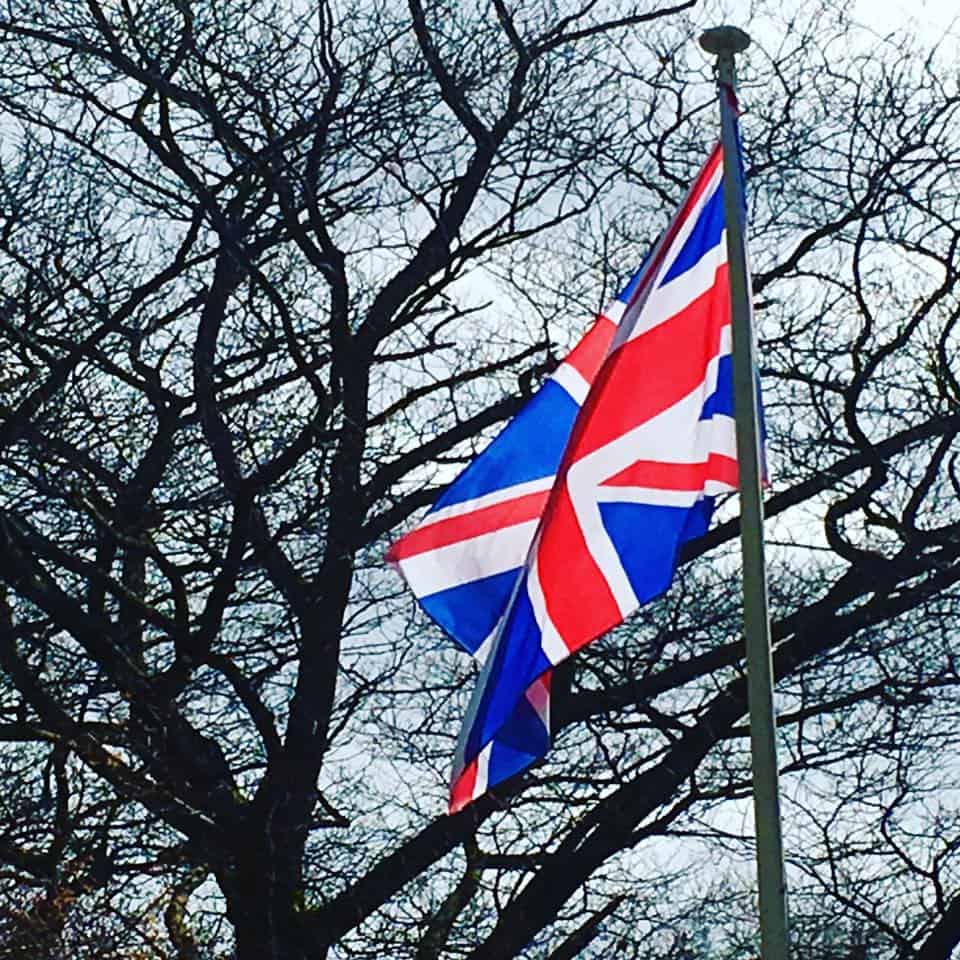 We have an appointment up near Bassentwaithe, so best get a move on. The further north, the wilder the landscape. We want to stop to ooh and aah and snap photos around every corner, but there’s things to do, places to be. Specifically, a 5 o’clock guided tour at the Lakes Distillery, followed by a dinner in the adjoining bistro, mentioned in the prestigious Michelin guide. And hereby heartily recommended! 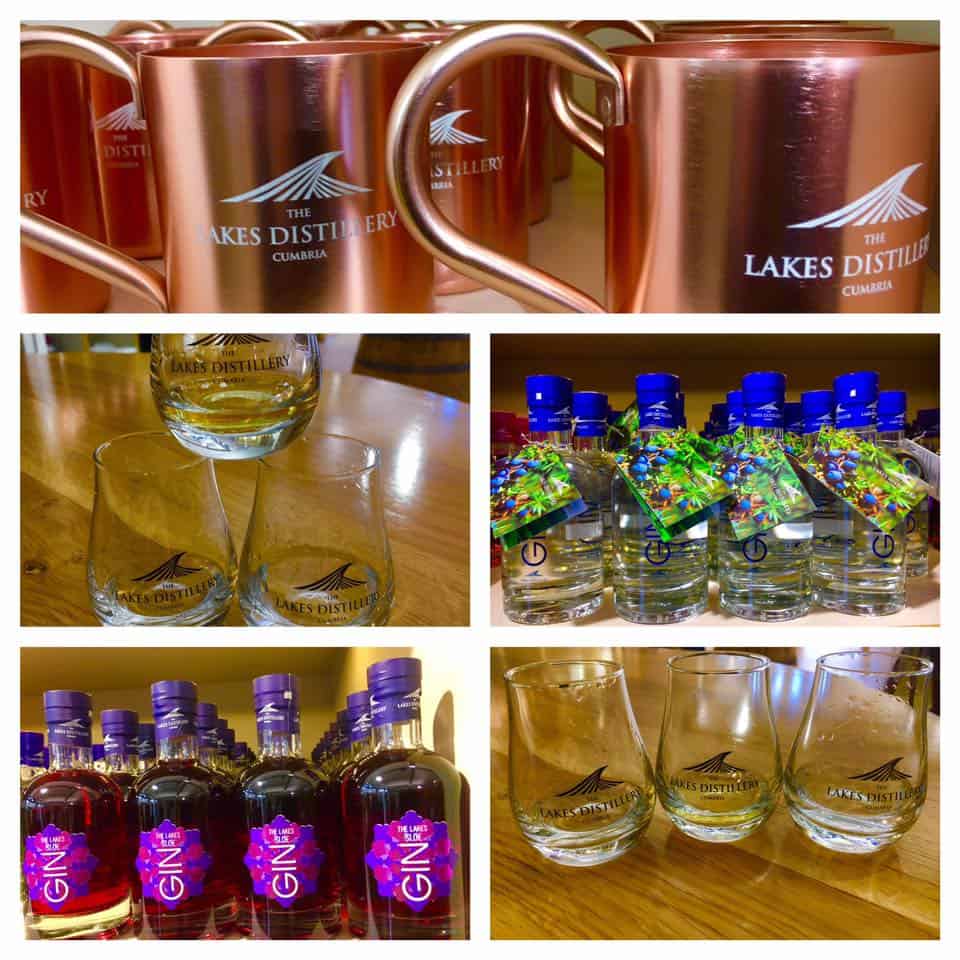 The Lakes Distillery, brewers of gin, vodka and whisky

The tour begins with an introductory video. These tend to be a bit boring, and I brace myself for that. However, this one is anything but. For six minutes, we follow the River Derwent as it flows through the District. Helicopter views. Intriguing videography.

Lakes Distillery produces gin, vodka and whisky. It only opened in 2014, and as whisky needs a 3-year process minimum before you’re allowed to call it whisky, it’s vodka and gin for now. The tour takes us through the working distillery and it’s quite the sensory experience, especially for our noses. Then there’s a tasting. Though not for me, as I’m driving back to Ambleside – and on the  left side of the road, at that. So instead I play House of Glass (see photo above). 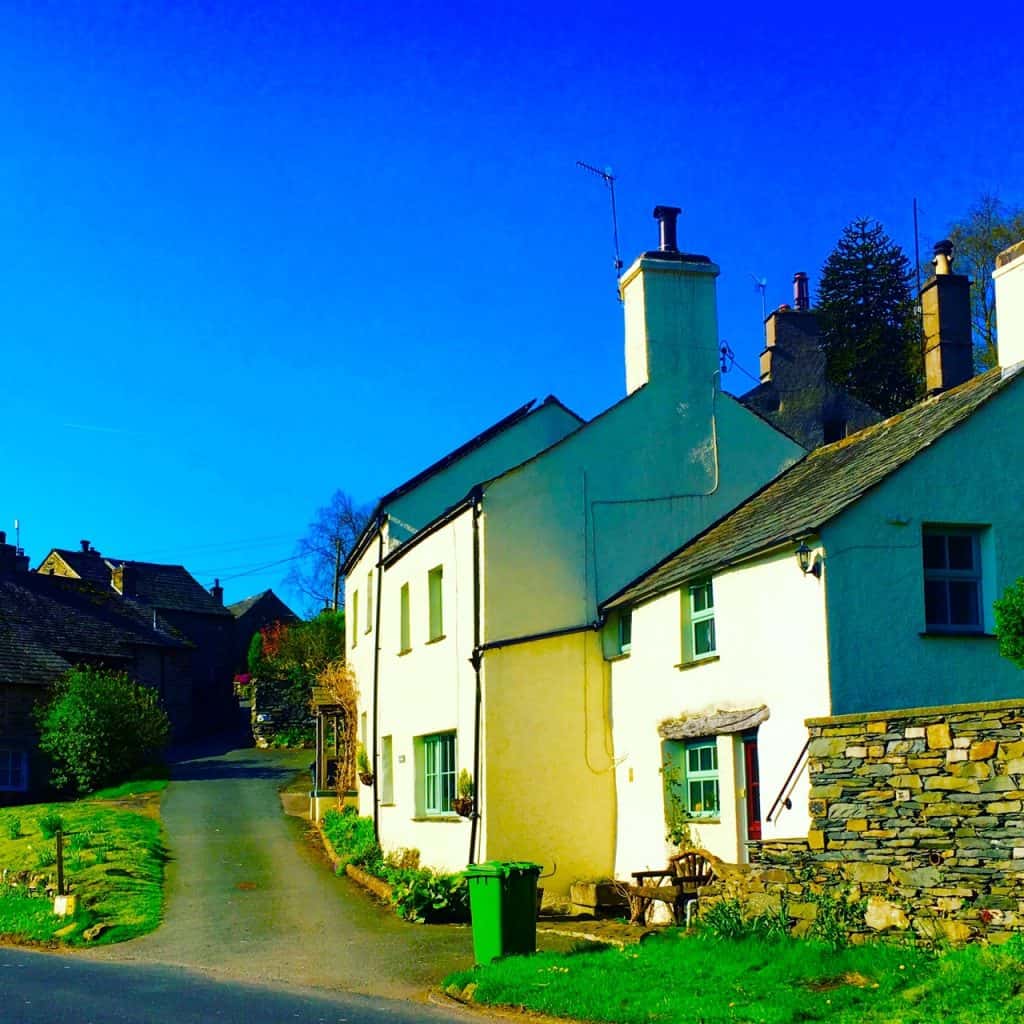 The next morning we’re up bright and early(ish). After a sublime breakfast at the Waterhead, we are off for a bit of time travel on a steam train. As we’re early, we have a look at Havertwaithe. Tiny, pretty place, peaceful and green – and with paths I wish there was enough time to go down and investigate. 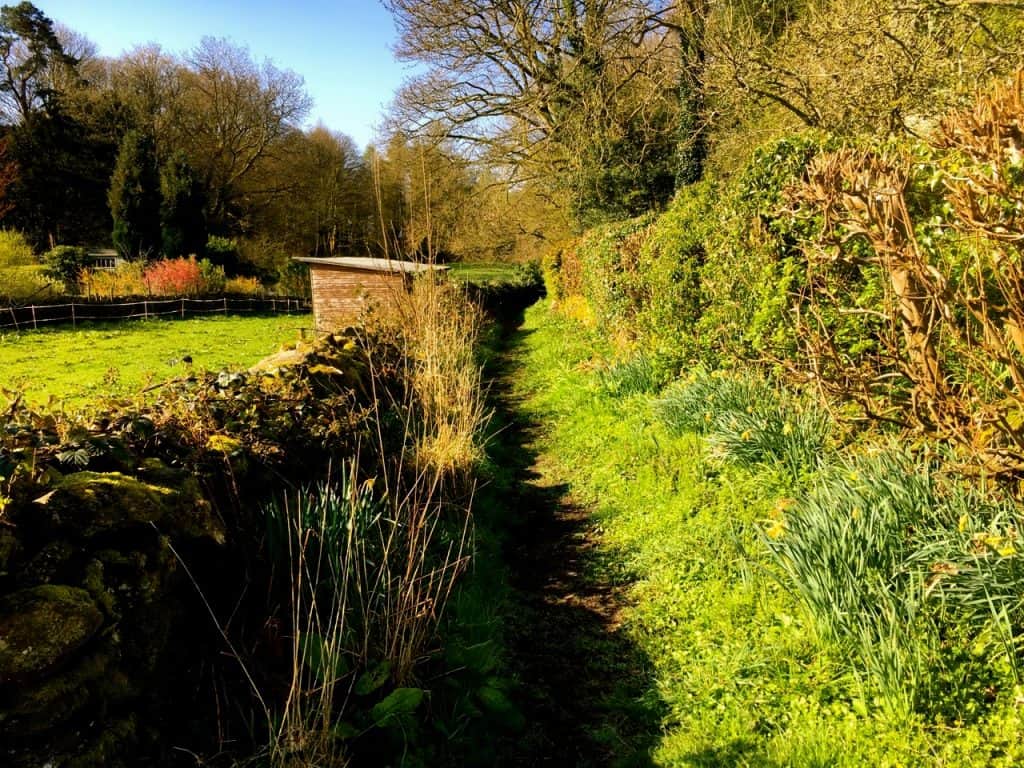 Where does this lead? To the end of the rainbow, probably. To that coveted pot of gold. Yet another place that sparks the imagination. What would be my pot of gold, I wonder. Probably not gold, rather… But I digress. Again. Sorry. 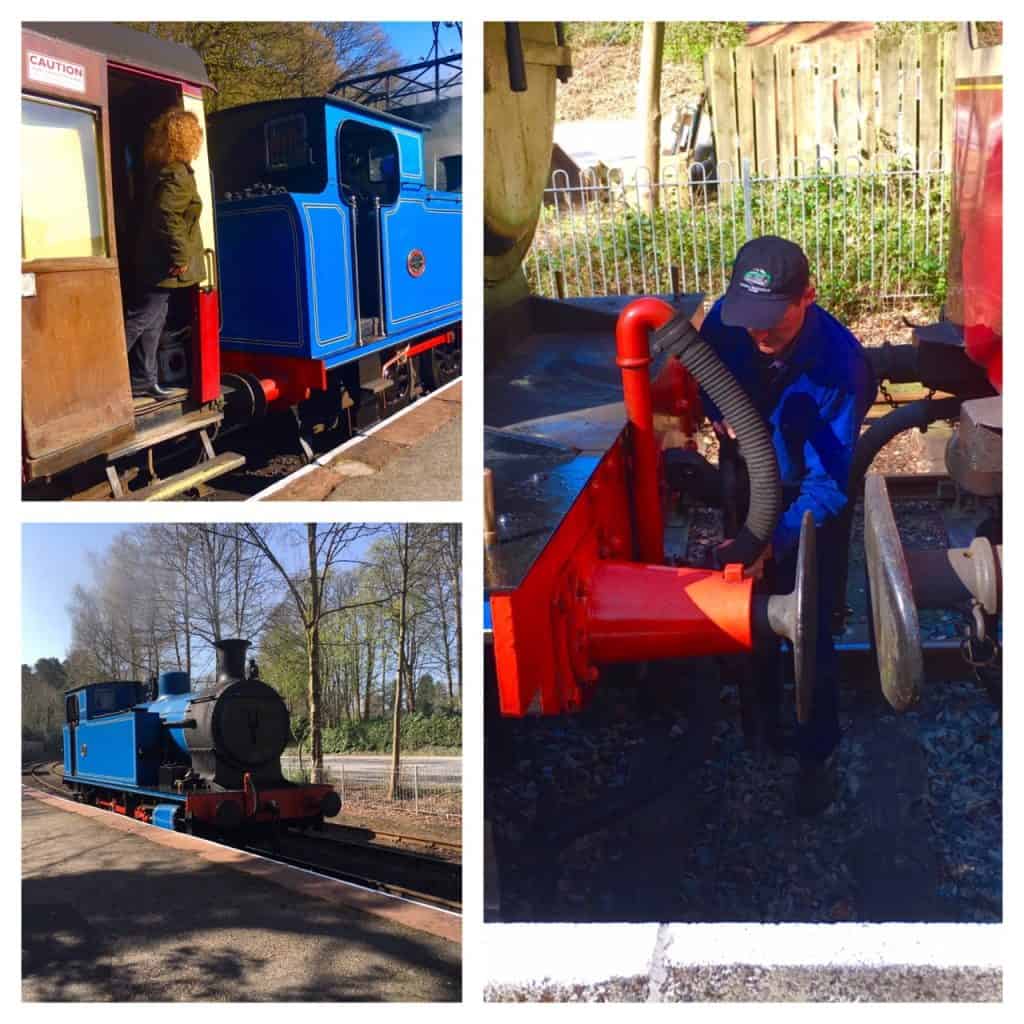 We pick up our car at the station in Havertwaithe and head back towards our lodgings, stopping on the way in Bowness-upon-Windermere, just because is looks so lovely in the early afternoon sun. Lunch, a stroll through the little town, and a few shops later we head back to Ambleside, just in time to get on the boat which takes us across the lake to… Bowness. Again! There’s something to be said for winging it, other times a bit of planning would definitely pay off. That said, she looks pretty from the water, Bowness does. 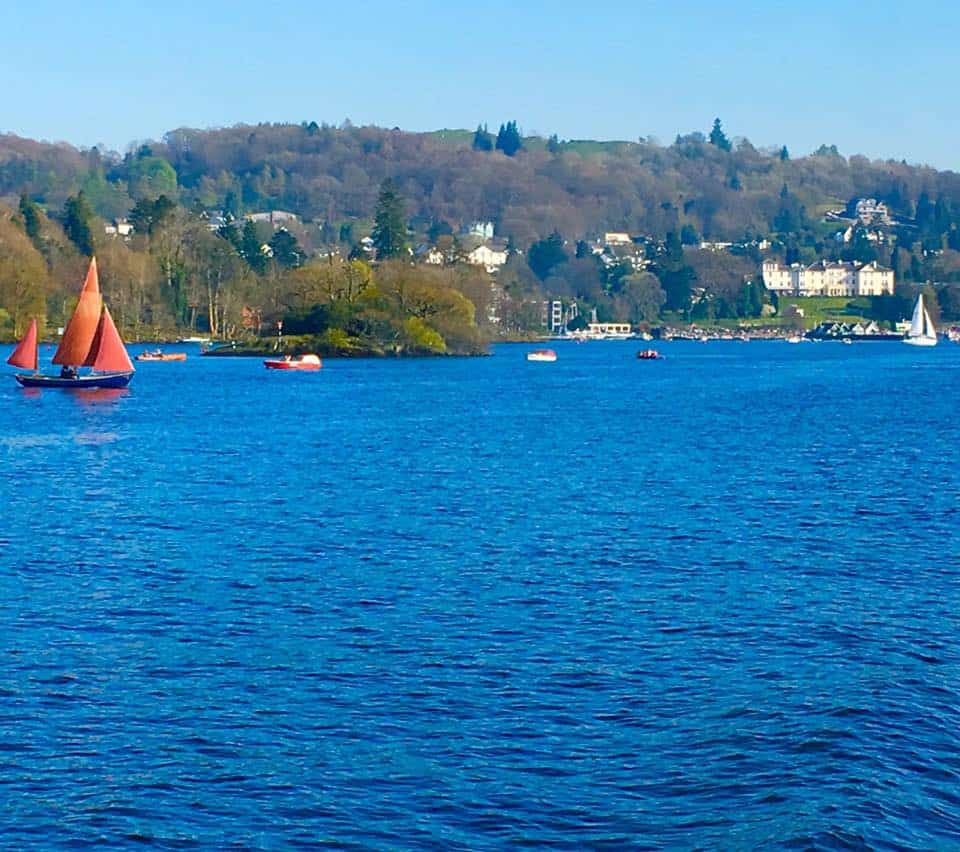 Catching the next boat back, it’s still afternoon and we head off on another drive. Grasmere is our destination, simply because it looks delightful on Instagram. 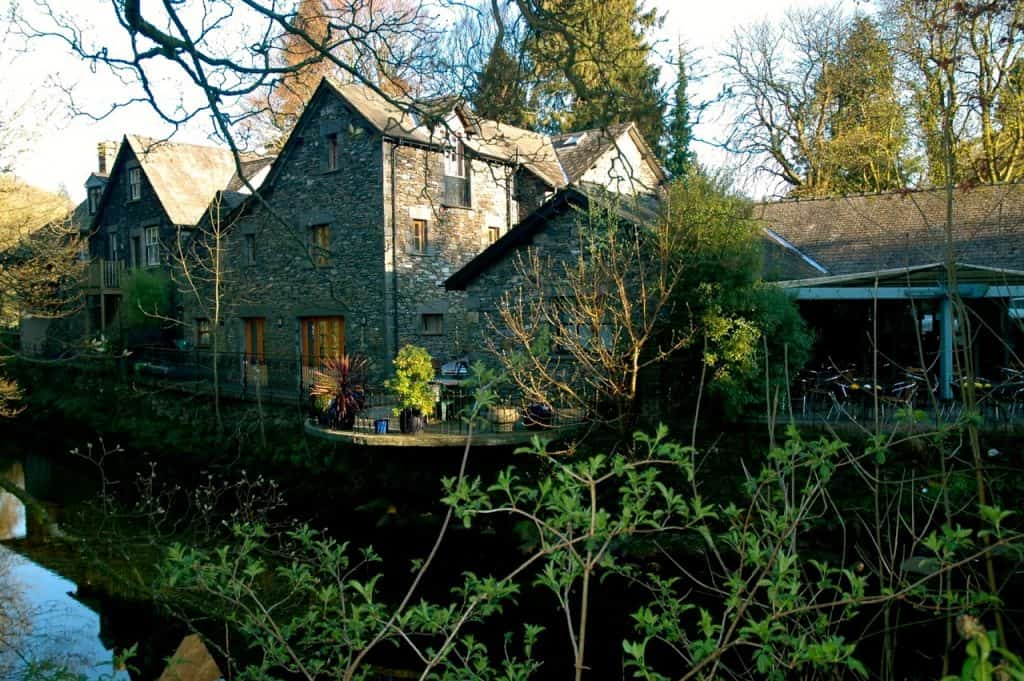 the loveliest spot that man hath ever found

Wordsworth has a point. As it turns out, Instagram Grasmere and real life Grasmere are remarkably alike.

He lived in Dove Cottage here for 14 years and his home is largely unchanged. It was closed by the time we arrived, but you can have a look inside if you’re just a wee bit better at planning than we are. If so, you’ll be joining 70 000 annual visitors.

Further northwards we go, to the town of Keswick and on to Castlerigg stone circle, where we bump into a photo group, getting ready to capture the magical 5000 year old stones at sunset. 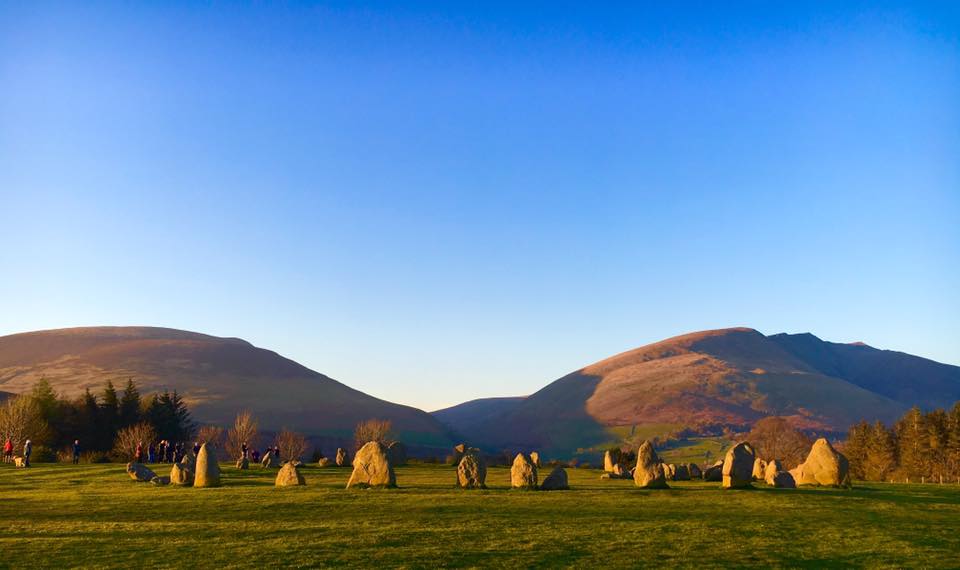 Not only Stonehenge, you know. The stone circles at Castlerigg is from the Neolithic era. Oh, to travel back 4500 years and see what it was used for.

It makes good sense that our ancestors would choose this spot for a holy place; the panoramic views are indeed divine. This seems a good place to bid the Lake District farewell. For now.

Disclosure: I was in the Lake District as part of a collaborative campaign with Visit Britain Norway and English Lakes Hotels. As ever, I retain the right to write anything I want – or nothing at all; my bit of cyberspace, my rules.

The English Lake District is a UNESCO World Heritage site.
Here are more heritage sites around the world.