World at a Glance: Lake Malawi (Day out Lilongwe) 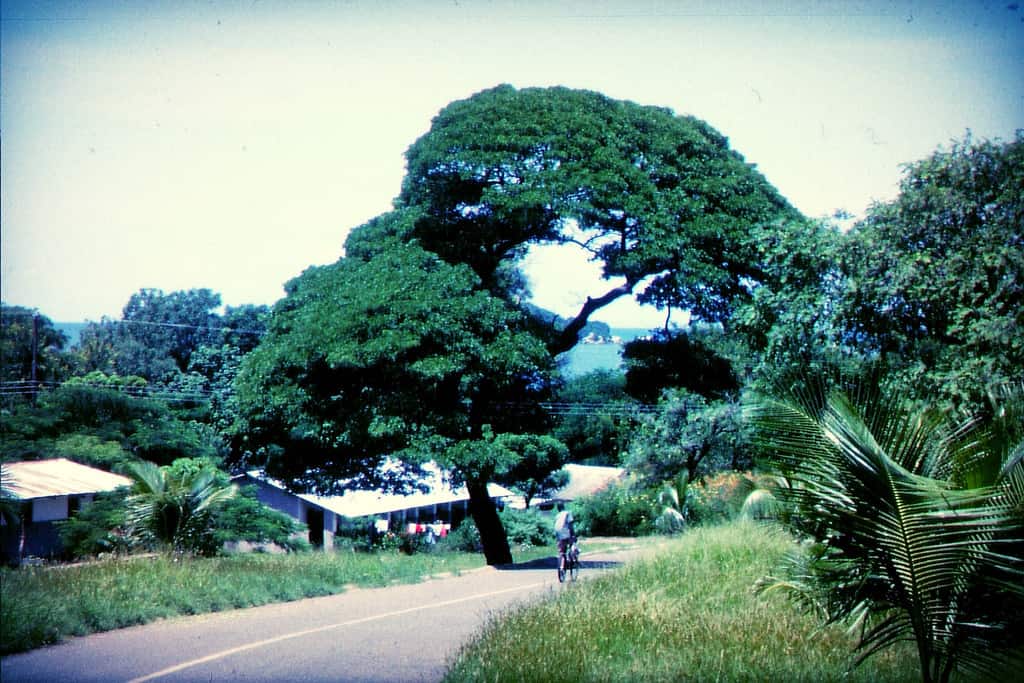 Reminiscing a bit today, as I’ve dug out yet another batch of old photos from the pre-digital age. Lake Malawi today, folks – where I had ended up on a whim, really. Whims are how my travels roll.

I was at the tail end of several weeks of rather aimless traipsing around southern Africa. The cheapest flights from Europe at the time brought me in via Gaborone and out from Lilongwe. Well, why not…

I’d gone in without any plans, no accommodations booked anywhere, not knowing where I’d be from one day to the next, just as I liked it. I’d biked, hiked and hitch-hiked. I had taken local flights, including a slightly scary one on a tiny plane through lightning and thunder. I had been on trains and oh-so-many busses, from comfortable air-con coaches to wild rides on mini busses. In short, I’d had a grand ol’ time, as they say in Texas.

At the end, Lilongwe. Now, nothing wrong with Lilongwe, not at all. But after a few days in Malawi’s diminutive capital, I was curious to see just a wee bit more of this lesser-known African country (this was before Madonna’s adoption).

Go to Lake Malawi, I was told. Swim, fish, snorkel, relax… Sounded good after all the traveling – at least the relaxing bit: my remaining days in Africa at this intriguing freshwater lake then.

Off I went, hopping on a bus to Salima, just a couple of hours from Lilongwe, if memory serves. You must stay at the Livingstonia, said two ragged-looking Swedish kids I bumped into getting off the bus. And so I did. The Livingstonia turned out to be a gorgeous, grand colonial hotel in Senga Bay, east of Salima. Well worth the splurge.

Despite Lake Malawi having more freshwater fish than any other lake anywhere, I didn’t fish. Not that interested, frankly. I didn’t swim or snorkel either. In fact, I didn’t get into the water at all, as my trusty old LP guide warned me not to, on account of bilharzia (also known as Schistosomiasis, a sneaky parasitic worm rampant in Lake Malawi, at least back then). But if I wasn’t going to be in the lake, at least I should be on it. So I saw the southern shores of this pretty lake, various islands and other parts of Lake Malawi National Park – all from a small boat.

18 years ago that was, but I still remember those days at Lake Malawi. Something to long for now with minus temps up here in the northern world.