Lamenting lost love in the Azores

On the island of Sao Miguel in the Azores, from the vantage point Vista do Rei, you’ll have a fabulous view of the twin lakes by the seven little villages – Sete Cidades – at the bottom of a volcanic crater. One lake appears blue, the other green. This is, rather prosaically, caused by variations in the reflection of sunlight into the caldera. Much more romantic then, is the explanation offered by a famous Azores legend. 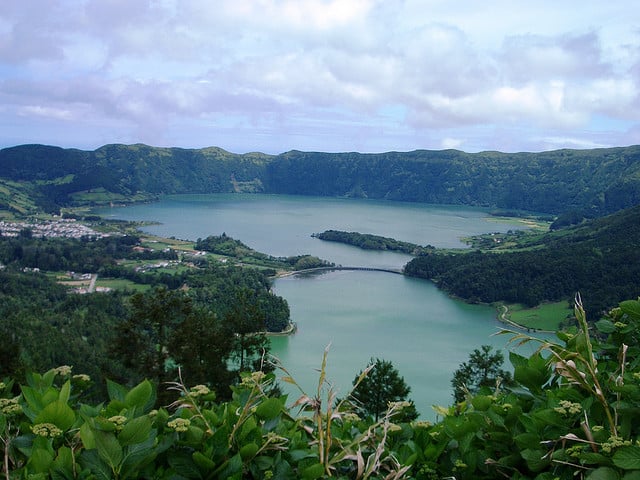 This Azores legend tells of a pretty blue-eyed princess falling in love with a shepherd boy with gorgeous green eyes. “Not suitable at all,” said the King. He had other plans for his daughter and forced her to give up her love. Saying goodbye, the young lovers cried so much their tears formed two lagoons at their feet, reflecting the colour of their eyes. 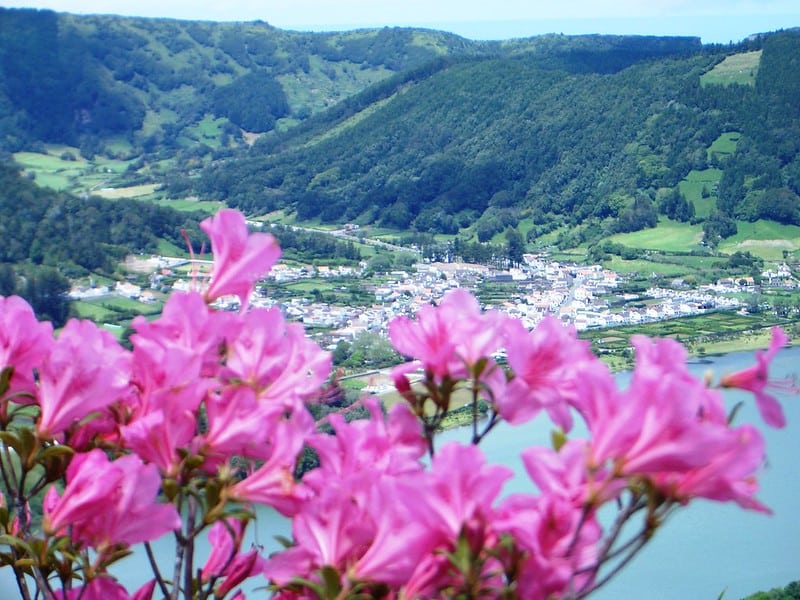 Up near the lookout is the ghostly Monte Palace hotel, abandoned, guarded by two fierce dogs. 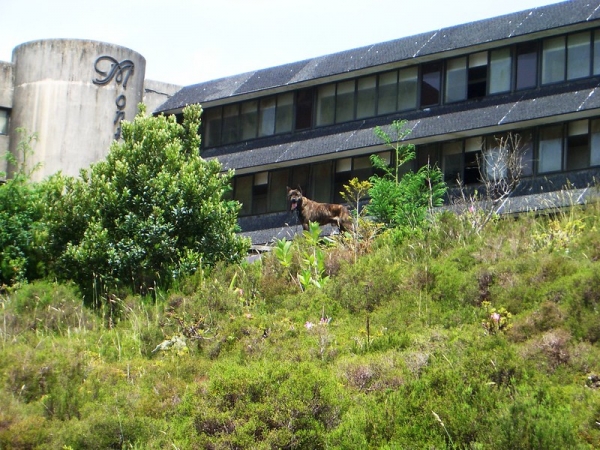 Meanwhile, my youngest daughter, Catarina, cares nothing about the view but is much more interested in a friendly stray. 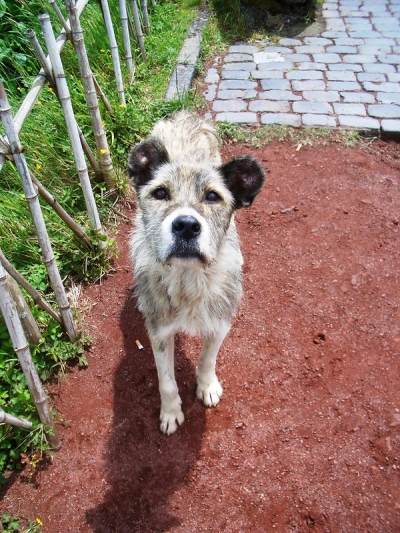 For more on the Azores, read The Allure of the Azores or Upclose Guide to the Azores Islands, both on EuropeUpClose.