By Alexandra Redisch in Vacherie, Louisiana 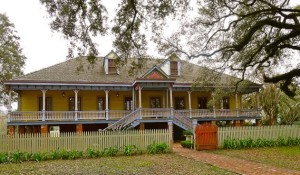 At the earnest insistence of my three children, Lollie, Daisie and Charlie Jr., I write the memories of my childhood days on the old plantation in Louisiana for them. I have concluded to do so, before my memory begins to fail me, for I realise that I am the last one of my generation left who could tell them of life in the South as I knew it, and of the old plantation home where I first saw the light of day.

These are the words of Laura Locoul Gore, the last head of what was to be known as the Laura Plantation. Creole women, you see, ran businesses and owned property. Already in the early 1800s, the smartest child (regardless of gender) would inherit the family business.

Creole tradition also dictated that the eldest daughters are responsible for saving family history, so Laura wrote down everything she knew at the age of 74. Though she would go on to lead a life outside the plantation and the creole world (and become 102 years old), she felt strongly about her family’s history and traditions.

Laura’s story tells of the breakdown – slowly but surely – of an old Louisiana family empire, and the fading Creole way of life. 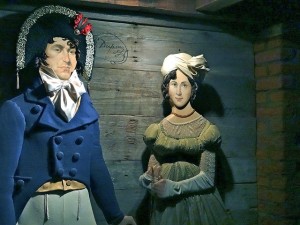 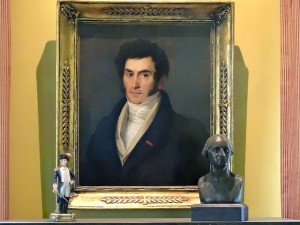 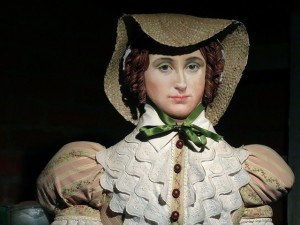 Generation I: The story begins…

… with General Guillaume Duparc, a very violent French man who arrives in the South to fight LaFayette after killing a man in a duel in France. As a thank you, after Louisiana becomes part of the USA, Duparc is given land on the west bank of the Mississippi River to build a plantation. In 1808, just four years later, Guillaume dies, and his wife Nanette is noted as the first president of the plantation.

Elisabeth doesn’t much like plantation life, and prefers to stay in one of the family’s seven town houses in New Orleans, where she meets and marries Frenchman Raymond Locoul. Elisabeth makes Raymond sign a prenuptial agreement. Despite that (or perhaps because of it), Laura describes them as a devoted and loving couple. Raymond comes from a vineyard in Bordeaux, and soon the plantation begins importing wine, in addition to the sugar production. 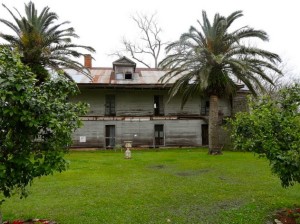 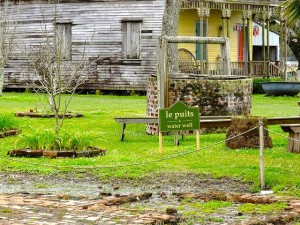 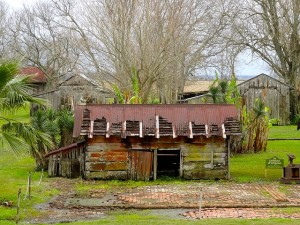 Elisabeth’s elder brother Louis has inherited his grandfather Guillaume’s temper. When his sister inherits the plantation rather than him, he kills two men in a rage (which proves he isn’t the smartest child, doesn’t it…). To hush things up, he is given money and sent off to France, where he meets and marries Fannie. They have a daughter, Eliza.

Fearful of Napoleon, mother Nanette threatens to withdraw financial support for Louis and his family if he doesn’t return to the plantation immediately, and so Louis becomes the plantation’s business agent in New Orleans, which quite suits his bon vivant personality.

Everyone’s favourite, young Eliza is pushed to be perfect in every way. When she develops acne, her family travels to France to seek treatment. But the doctor miscalculates the medication dosage, and the 16-year-old dies. Her mother Fannie is consumed with guilt and never again leaves the plantation. She writes to a friend:

I no longer expect anything pleasant in my life. That has been my destiny always sorrows and anxiety. That is how I spend my life and I am utterly annihilated. I am sure that I will never be happy, ever again.

Louis can’t cope with his wife’s self-imposed incarceration. He leaves her and moves to New Orleans, where he spends the next 18 years with two teenage slave girls as concubines.

Meanwhile, Elisabeth isn’t entirely happy with her son Emile. He’s a weakling, much too sensitive and sympathetic to the slaves. So she sends him off to join the military in France at the tender young age of 12. Surely that’ll toughen him up. 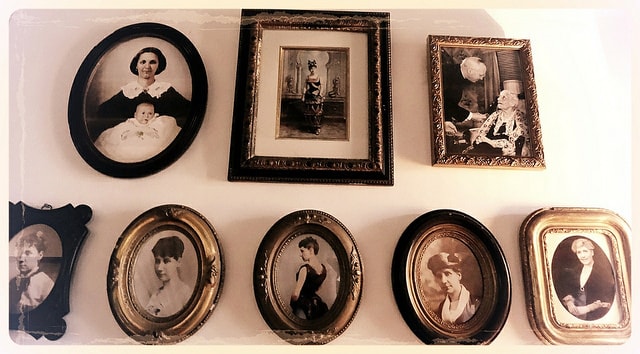 As it happens, Emile thrives in France. However, he prefers studying law, and takes a great interest in arts, even befriending Victor Hugo. Mum’s not happy. At 33, Emile returns to Louisiana to practice law, but receives an ultimatum from his mother: abandon this lawyer nonsense and come run the plantation. Otherwise, Elisabeth will sell everything and take the family to France, leaving Emile in Louisiana alone and penniless.

Emile does as he is told, and shortly after marries a distant cousin, Désirée, a true Creole woman. When Elisabeth dies in 1884, Emile inherits the plantation, valued at a staggering $6.5 million. 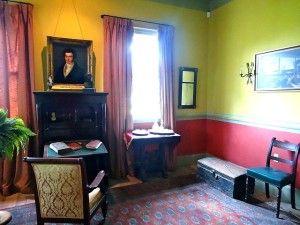 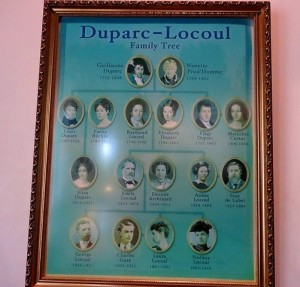 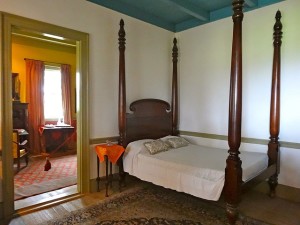 Generation IV: …and then there’s Laura

Laura is the eldest of Emile and Désirée’s three children and as such feels the pressure. She is reluctant to take over as president; she wants an education and studies in New Orleans for the next five years.

Meanwhile, the plantation isn’t going well. For the first time, a mortgage is taken out. Laura believes this is what kills her father. After Emile dies in 1879, Laura runs the plantation for the next 10 years, but hates every minute of it. She spends most of her time travelling, and meets Charles Gore in New Jersey. After being secretly engaged for 6 years, they eventually marry, and put the failing plantation up for auction:

I had turned my back upon the past and the past seemed to me like a blank book… The old plantation was sold on the 14th of March, 1891, for a mere song [the 1891-equivalent of $19k]… I waved my last farewell from the boat and closed my eyes and cried. 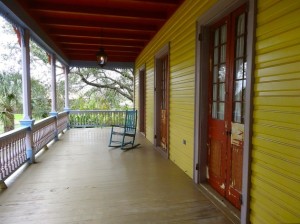 One hundred years later, the plantation is in complete ruins and the last descendant is elderly and childless. In 1993, The Laura Plantation Company restores the property and opens it up to the public.

Laura Plantation does not have a grand mansion reminiscent of Gone With the Wind (the Oak Alley Plantation nearby is a good example of this style, and is also worth a visit). However, I found Laura more interesting because of the unique 200-year-old family history and insight into Creole life.

Towards the end of her life, Laura wrote:

Looking back upon the past, I have had many ups and downs.
The downs seemed very hard to bear when they came.
And, when the ups appeared,
I usually forgot the cares and sorrows of the past.
Summing up my life,
I feel I have much to be thankful for.
I was blessed with friendships that were priceless to me.
I was surrounded by love always;
The worship of my father and mother,
the truest and most perfect love of my husband
and the sweetest consideration and love of my children.
God bless them all.
And, to dear, old Louisiana, the land of my birth,
I love you and am true to you still. 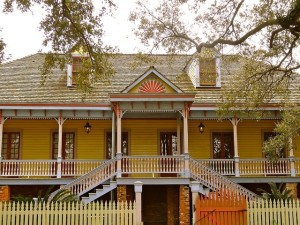 Want to see more fun photos from around the world? Then hop over to Travel Photo Thursday.

Disclosure: In New Orleans, my mum, my sister and I were guests of New Orleans Conventions & Visitors Bureau. However, I have complete freedom to write whatever I like, as ever.