Just a quick electric train ride from Douglas and I’m in Laxey. There, to take me up the mountain, is the Snaefell Mountain Railway (also electric). 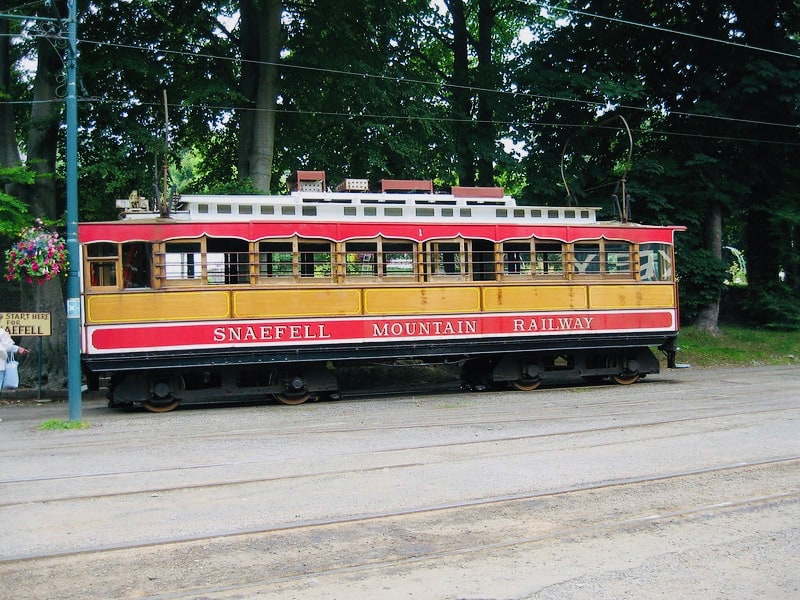 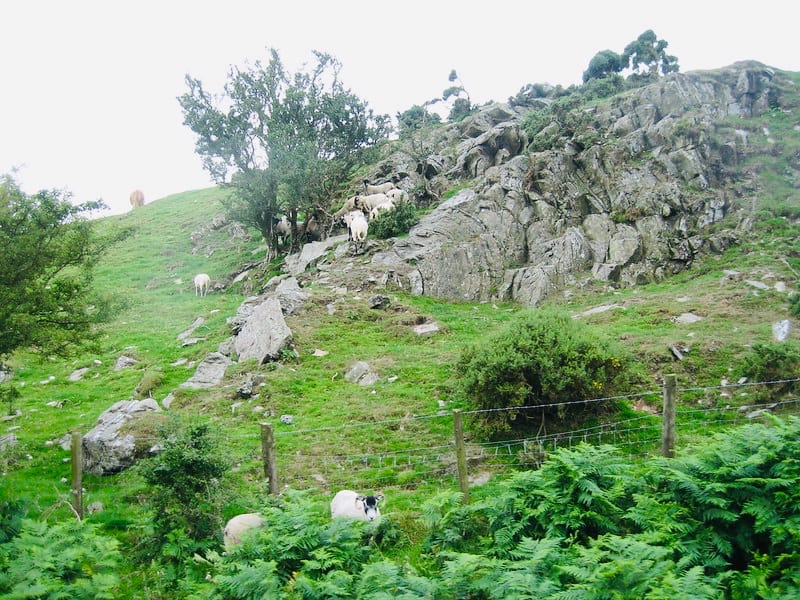 After 30 minutes of ruggedly beautiful scenery, I’m on top of Mount Snaefell having morning tea and a Strawberry and Apricot Victoria. Aren’t English cake names fabulous? Like Jam Roly Poly, or Seed Cake, or Raspberry Charlotte? Or how about Puff Fancies? I’m always curious to try new ones. But as often as not, they sound better than they taste, I’m afraid. This Victoria is no exception: too sweet and sticky. Also, at 5 pounds, the mediocre morning tea is a bit overpriced. But I suppose you pay for the experience of having tea and cake at the summit of the island’s highest mountain. 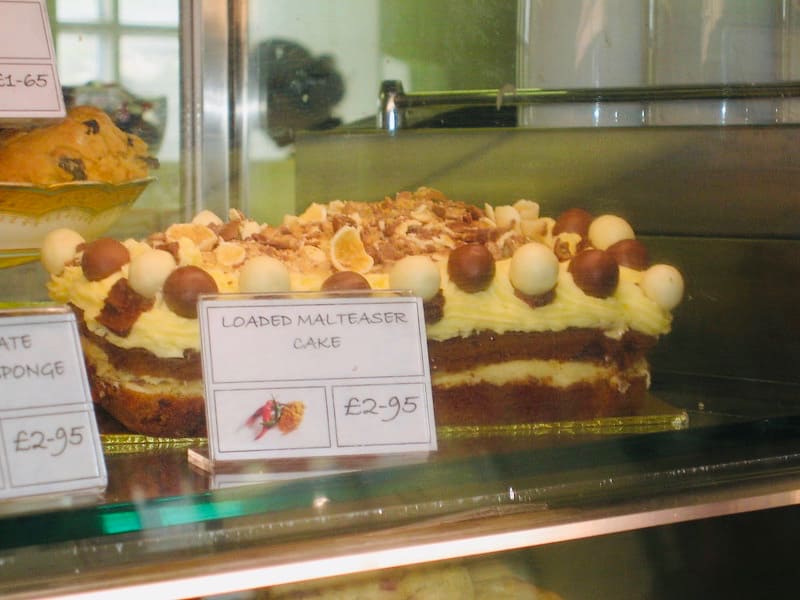 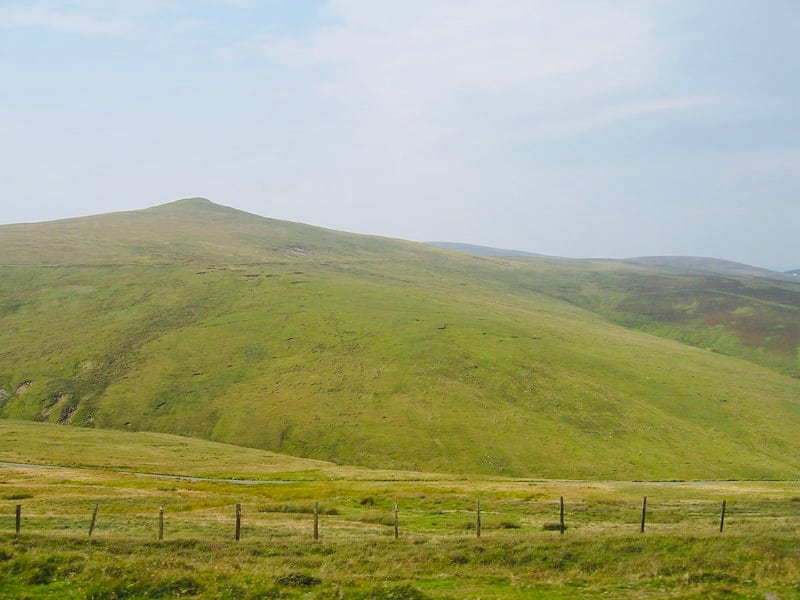 At 617 metres (2 036 feet), I’d say Mount Snaefell barely qualifies as a hill. But I mustn’t be unkind. Snaefell means Snowy Mountain. This I know, because I speak Norwegian. The Norwegian word for Snowy Mountain is Snefjell (“j” pronounced like “y”). Another remnant of Man’s Viking past.

At the summit, the winds are harsh. I stand with my arms outstretched for quite some time, just feeling the forces of nature. But just as I’m about to walk back down the mountain, rain sets in. Walking from the summit is only 1 ½ hours, nothing for a Viking. However, this Viking has pink satin trainers on. Not about to ruin them, stumbling into puddles and cow manure. Back to Laxey by train then.

Laxey is a green and pretty little village… 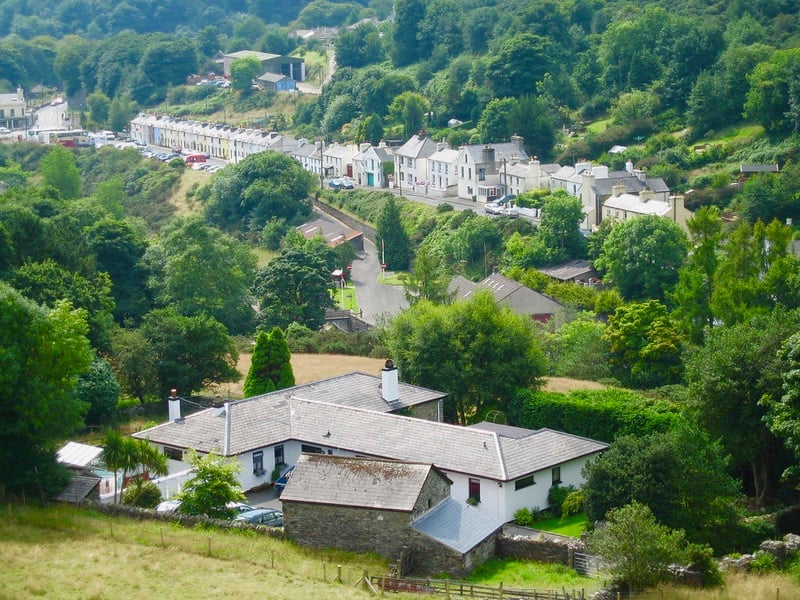 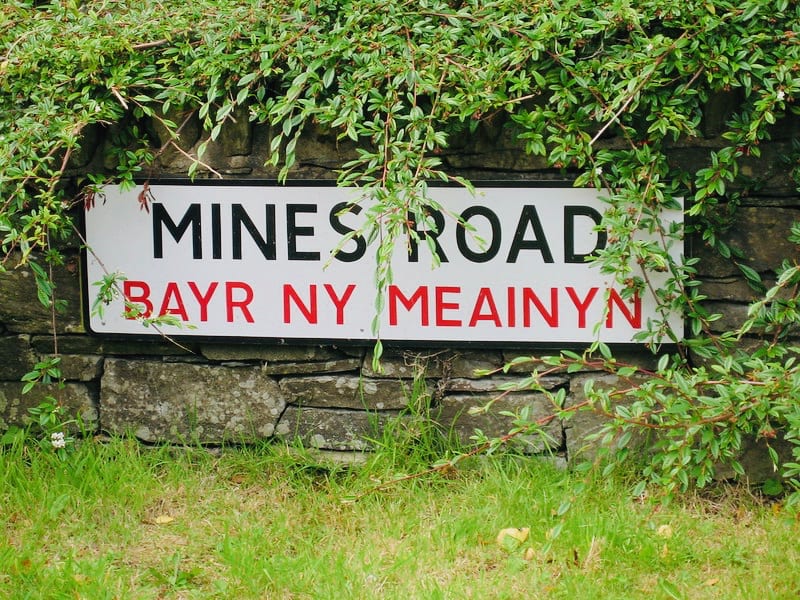 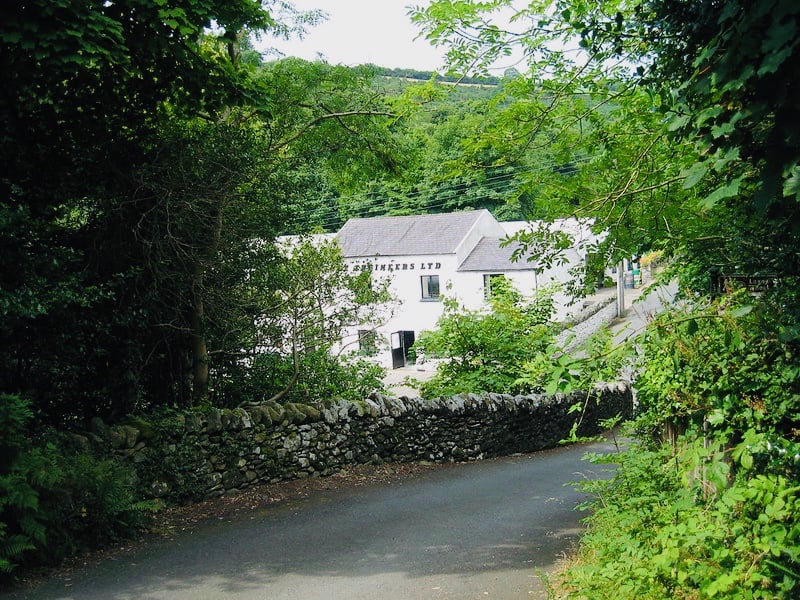 …with a great wheel as the major attraction. The Lady Isabella is the world’s largest industrial water wheel, built to pump water from the nearby mines. I amble about for ages, absorbed in mining history and thankful I’ve never had to work in one. Climbing the dizzying spiral staircase to the top of Isabella, I feel an odd mixture of exhilaration, vertigo and the hypnotic effect of the giant wheel splashing past me. 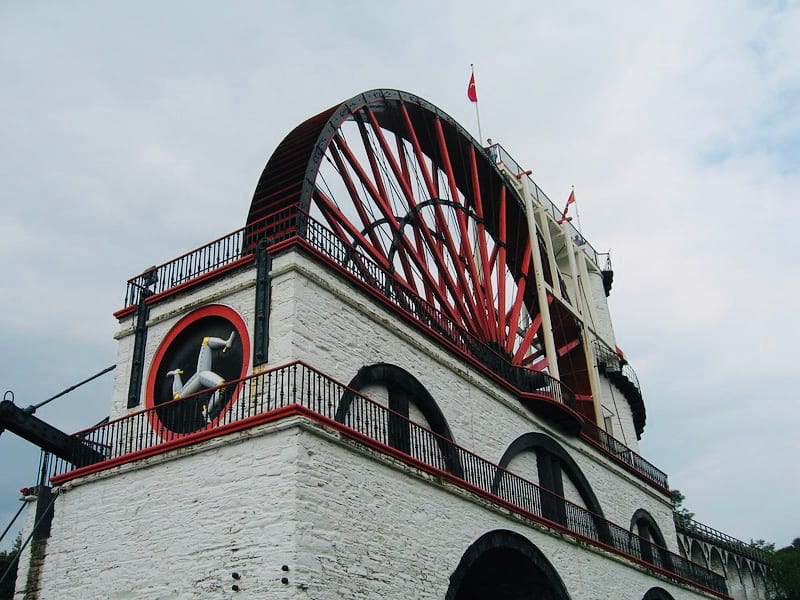 I go inside a mine – well, 40 – 50 metres inside one; wearing a blue hard hat – and getting my shoes wet. But they survive the ordeal relatively unscathed. Very inappropriate footwear, I know. But you should see them. They’re gorgeous. 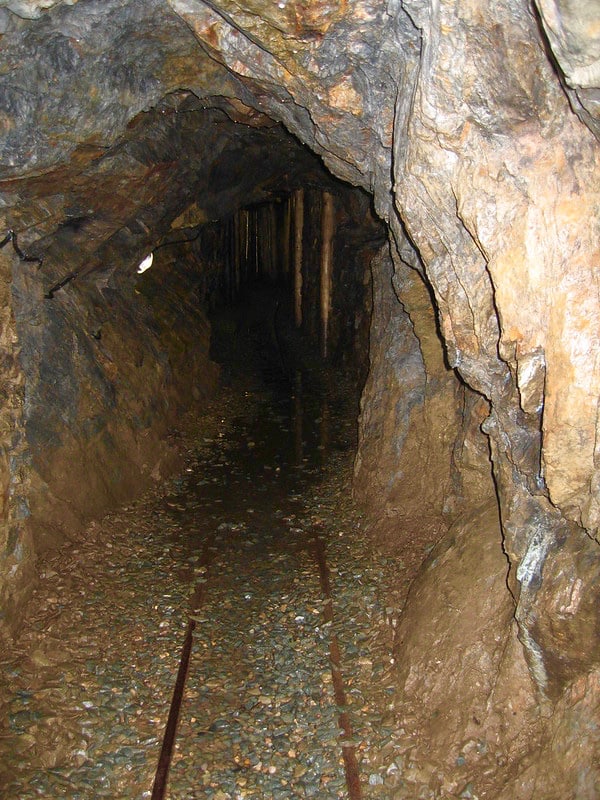 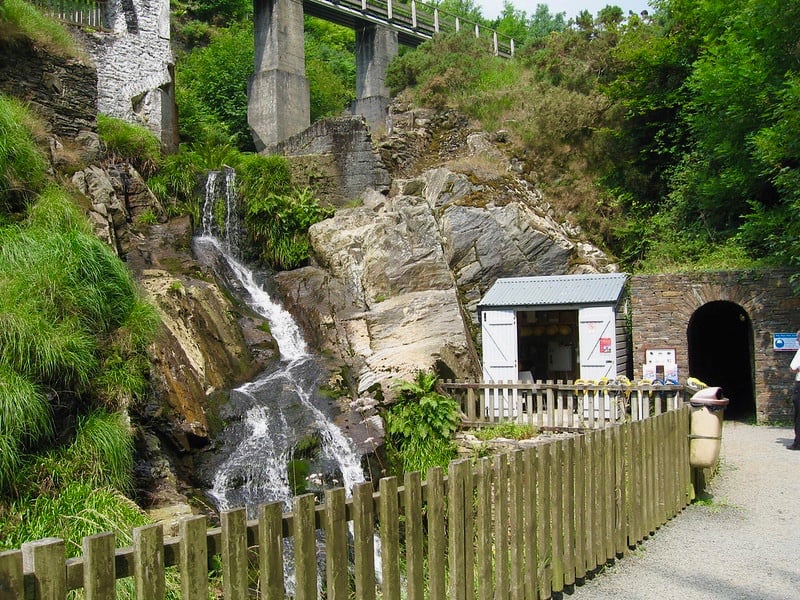 Next is Calf Sound, a fab filming location, and so much more.