World at a Glance: Hraunfossar and Barnafoss waterfalls in Iceland (Day out Reykjavik)

If it weren’t for Snorri Sturluson, we wouldn’t know very much about the Vikings. The famous poet and sagateller was from Reykholt in Western Iceland. Appropriate then, that you’ll find nature steeped in stories near his farm Snorrastofa. 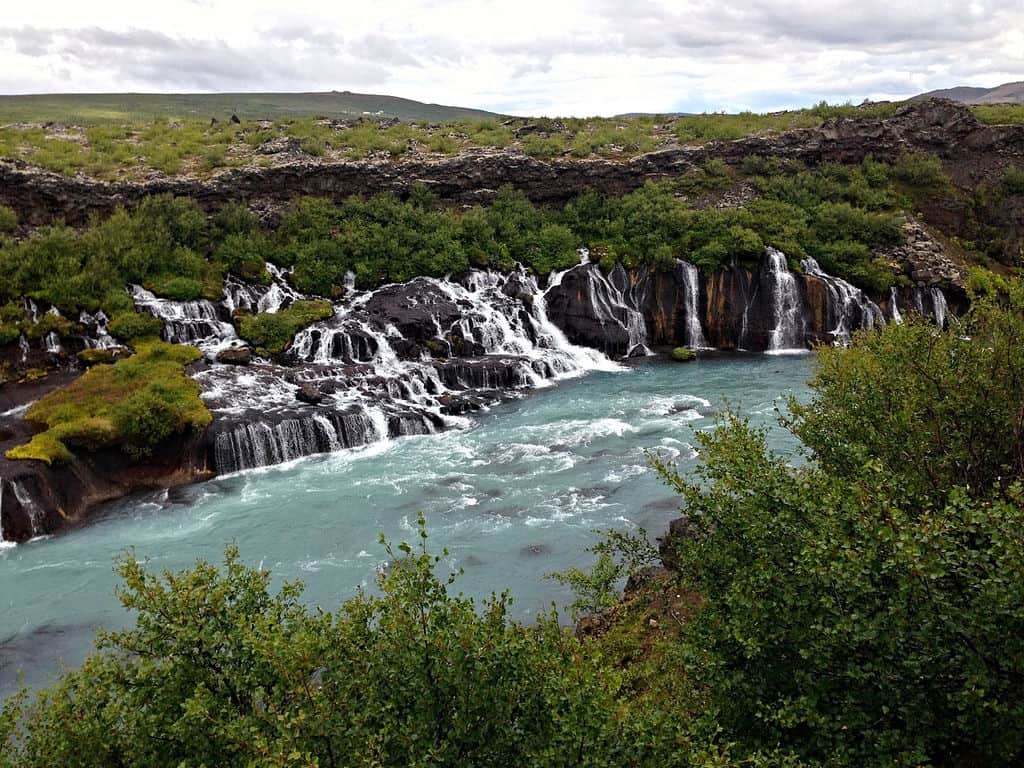 Hraunfossar (meaning lava falls) streams out of Hallmundarhraun, a lava field created by a volcanic eruption from beneath Langjökull, Iceland’s second largest glacier. Just a few steps away is Barnafossar (children’s falls). This is Iceland, the Saga Island, so naturally, the falls have their very own legend. Here’s one version:

A widow and her two sons lived on the farm Hraunsás. One day, mum went to church with the servants, leaving the two sons at home. Or so she thought. As we all know, children are naturally inquisitive. They’re also easily bored, and they want their mum. So the boys decided to join her in church. Above the falls was a narrow arch, a bridge created by Mother Nature herself. This shortcut simply became too tempting. But crossing the arch, the curious boys couldn’t help themselves. They just had to peek at the swirling water below. Sadly, they became dizzy, fell in and drowned. When mum found out, she was stricken with grief, and put a spell on the arch: No one will ever cross this bridge without drowning. Shortly thereafter, the bridge was destroyed in an earthquake. Just as well, I suppose.

Both waterfalls are gorgeous and well worth a stop if you’re on a roadtrip in Iceland. There are walking paths, viewing points, and a (safe) bridge to cross from one side of the falls to the other, so it’s an easy place to explore.

PS: You can also visit the remains of Snorrastofa, where Snorri was assassinated in 1241. If you do, don’t miss his outdoor hot tub.