24 hours in Leipzig (Day out Berlin)

That was the Leipzig war cry during those world changing weeks in the autumn of 1989: “We are the people!”

On 9 October 1989, 70 000 people gathered in Leipzig. This is where it all began, the Peaceful Revolution that ended one month later with the earth shattering fall of the Berlin Wall and the collapse of the country known as DDR – Deutsche Demokratische Republik, better known as East Germany.

I’ve been curious about Leipzig for some time, so when VisitSaxony and the German Tourist Board invited me to have a peek at this legendary city, I did not hesitate. Due to time constraints, my visit was an all-too-brief one, just 24 hours, but… better than nothing. I liked what I saw, and so will you, if you’re into music, arts, history come alive, intellectual discourse, spirituality, architecture, shopping, a vibrant nightlife, or all of the above.

During and after my visit, I shared these images on our social media channels, and here they are all together. Let’s begin with the city’s facades:

The dazzling Art Nouveau/Gothic Commerzbank, with real gold on it. Must add some inspiration to your day going to work in such a beautiful historic building. 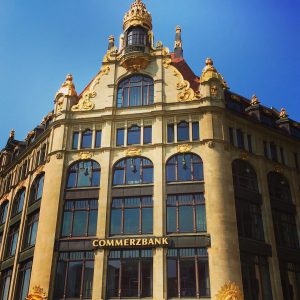 This is just a part of Neues Rathaus, the new City Hall in Leipzig, a town of just half a million inhabitants. Magnifique. And huge! 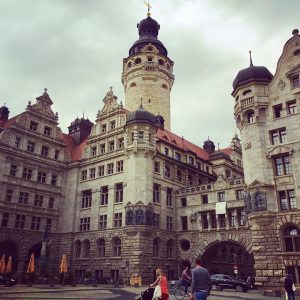 Look for Leipzig’s hidden secrets, like this little garden. You won’t find it unless you peek around the corners, behind the doors, just a little further… 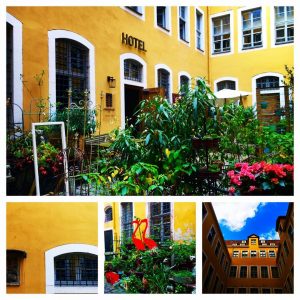 The aesthetics of the Socialist Classicism East German architecture is sometimes debatable. But the Opera House in Leipzig is quite beautiful, I think. 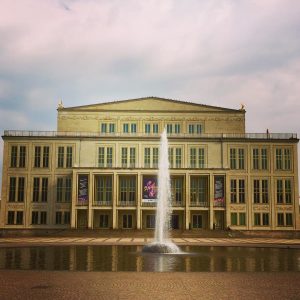 Look up! Whether you’re indoors or outdoors, don’t forget to raise your eyes occasionally. That’s where you’ll frequently find the curious, the intriguing… Here’s Nikolaistrasse, Leipzig’s main shopping street. Loved the early 20th century buildings here. In fact, the intriguing mix of architecture is one of Leipzig’s highlights. 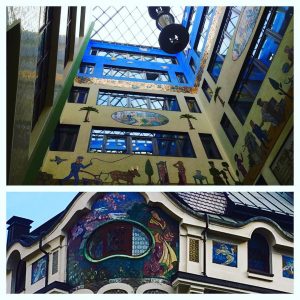 6. City of Music since the 13th century

In Leipzig, there’s music everywhere – on street corners, in churches, in concert halls and in the homes of many of the city’s former residents: Felix Mendelssohn Bartholdy, Gustav Mahler, Robert and Clara Schumann, Richard Wagner – even my fellow countryman, Edvard Grieg, resided here in Leipzig for a while in 1888, and met the great Pyotr Ilyich Tchaikovsky. Most famous of all, though, is Johann Sebastian Bach, who was musical director in Thomaskirche here for 30 years. He lived here with his second wife, Anna Magdalena, and the majority of his 20 children(!), plus a variety of other family members. 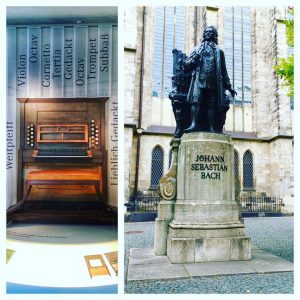 7. Bach’s Garden, and music to another world

And speaking of Bach, the city is home to the most excellent Bach Museum Leipzig, where you’ll find an organ console Johann Sebastian himself played, original manuscripts from the great composer, and much more. Don’t miss the little garden, for a bit of quiet contemplation or daydreaming. During one of my favourite moments in Leipzig, this is what ran through my mind:

Just now, I’m sitting in the garden of the Bach Museum, listening to the Brandenburg Concertos on my phone. You know, if I was ever to send a postcard out into the universe – in case someone out there is curious about earth, and us – I think I’d send this music; some of the most beautiful ever created by man.

Disclosure: In Leipzig, I was a guest of VisitSaxony and the German Tourist Board. As ever and forever, all opinions are mine.