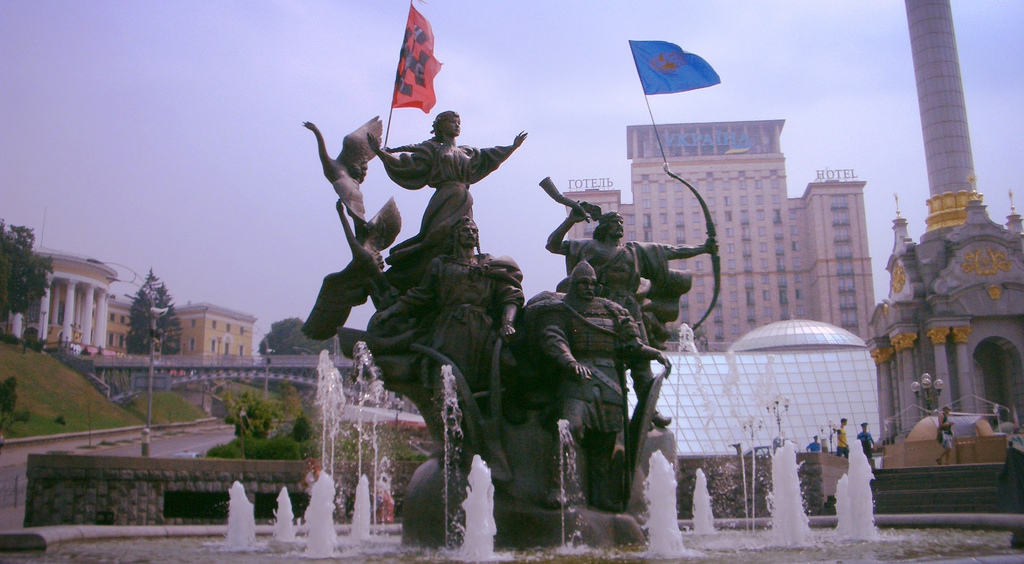 I took these photos of Kyiv’s Maidan Square in 2006, two years after the famous Orange Revolution. This square has been the scene of political assemblies ever since the collapse of the Soviet Union and Ukrainian independence. That August day, the square was the setting of yet another political rally. A peaceful one then. Makeshift tents covered with photos of Ukraine’s first female prime minister, Yulia Tymoshenko, lined the square. 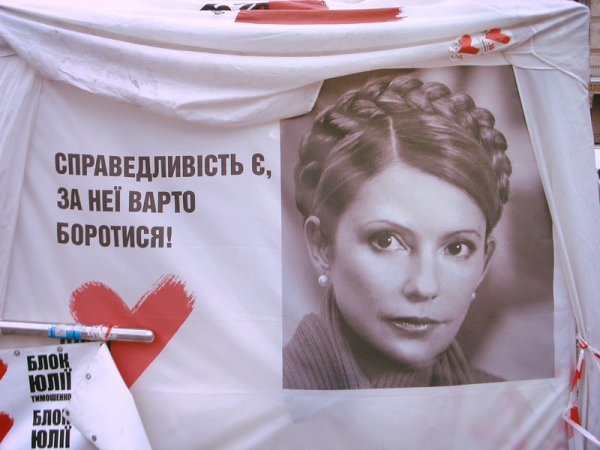 And now? This week, I’ve seen images flickering across the TV screen, images of police firing with automatic weapons at protesters, of bodies being hauled across the cobble stones, leaving bloodied tracks. Hotel Ukraine (in the background there) has been used as a make-do field hospital. And again I’ve wondered: This is Europe! Have we learned nothing?

But things seem to be shifting. One of the demands of the Euromaidan protesters has been the release of Yulia Tymoshenko, who was imprisoned in 2011 for ‘abuse of office’ by President Yanukovych, her political opponent. Just a few hours ago, she was freed and her slate is now wiped clean.

Presidential elections are set for 25 May. Will the inimitable lady with the distinctive braids stand on Maidan Square again, running for office? I shouldn’t be surprised.