Melaka and memories of travelling with children

Can’t travel. Still. (Where is that damn vaccine?) So again, I’ve been digging through travel memories old and older, that I’ve yet to write about here on Sophie’s World. Fortunately, there’s a lot of those.

When Ali was 4, she and I took our first proper trip. (Proper, as in flights booked – winging everything else.) We spent three weeks traipsing about in South-East Asia, checking out Bangkok, Singapore and Bali. All fun places, and easy to travel around with a young child. I celebrated my birthday that year at Raffles in Singapore, having – not afternoon tea, but red bean ice cream. A cool enough place Raffles was. Red bean ice cream, however… meh. 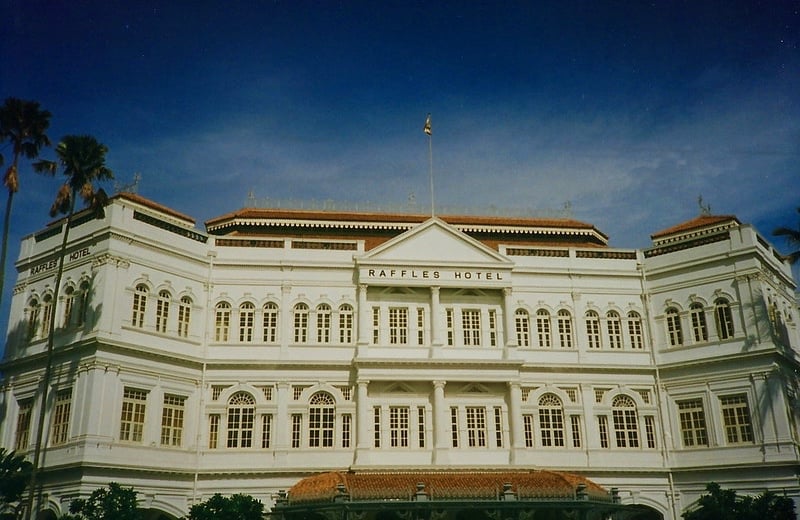 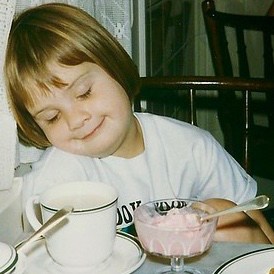 I’ve always thought fairness ranks high up there amongst the most important things in the world. When travelling with the children, I’ve had a rule: everyone gets to decide what to do, where to eat, where to play, equally. I drag them along to the other side of the world, after all. Only right that they have equal say in how we spend the days.

If I wanted to see a temple in the morning, the kids got the afternoon, even if that meant being at the pool or the beach in the rain. (Been many of those). If I wanted local food for lunch, they got to decide dinner. (Been many fast food joints, too).

Back in South-East Asia in the 90s, I thought it would be a shame to be so close to Malaysia and not have a little peek. After a quick look in Lonely Planet’s (now vintage) yellow South-East Asia on a shoestring, I decided Melaka was the place to see, so on one of ‘my’ days, we hopped on a bus and crossed the border. About 3 hours’ drive from Singapore, it was a bit long for a day trip with a young’un. Fortunately, Ali knew how to sleep on a bus. 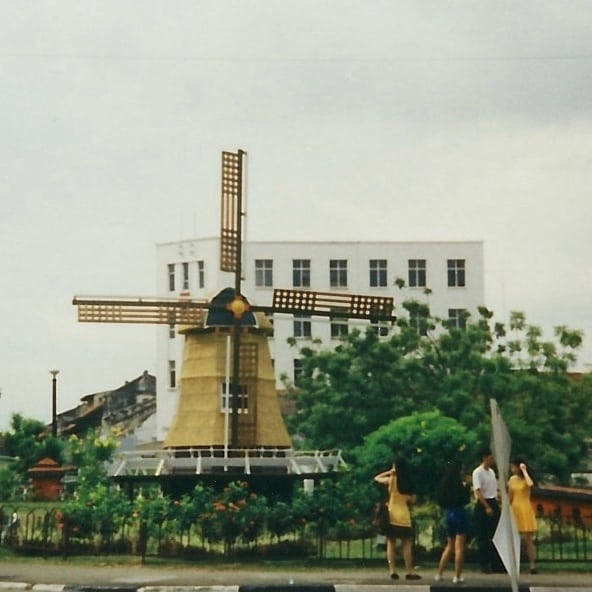 Just like our hometown in Norway, Melaka is a city of commerce. The city has a 500-year-long history of East-West trade. Not surprising, as it is a port city on the Strait of Malacca, one of the most important shipping lanes in the world, even today. That’s some strategic location. Also not surprising, Melaka was multi-cultural long before that had a name. You’ll find an interesting mix of influences from the various settlers over the centuries: Portuguese, Dutch, British, Chinese, Indian, and of course Malay.

The city is a World Heritage site – along with George Town, on the island of Penang, a bit further north. So we have two separate cities recognised as one entity, because of their common trading history.

This is what UNESCO has to say:

Melaka and George Town, historic cities of the Straits of Malacca have developed over 500 years of trading and cultural exchanges between East and West in the Straits of Malacca. The influences of Asia and Europe have endowed the towns with a specific multicultural heritage that is both tangible and intangible. With its government buildings, churches, squares and fortifications, Melaka demonstrates the early stages of this history originating in the 15th-century Malay sultanate and the Portuguese and Dutch periods beginning in the early 16th century. The two towns constitute a unique architectural and cultural townscape without parallel anywhere in East and Southeast Asia. 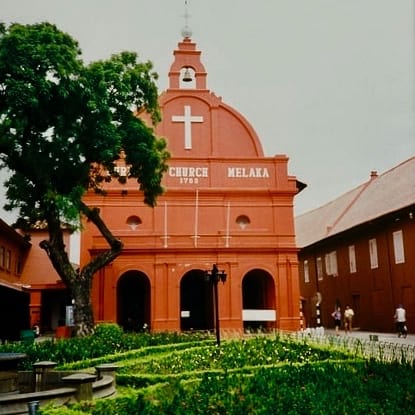 I’ve found a few snaps from that day in our old photo albums. Here is the iconic, red Christ Church, located on Dutch Square, and probably the best-known sight in Melaka. Built by the Dutch in the mid-1700s, it came into the Church of England fold after the Anglo-Dutch Treaty was signed in 1824.

Even so, Christ Church and the surrounding buildings – Stadthuys (Town Hall) and the clock tower – have remained a symbol of the city’s Dutch period. They were painted red in 1911. Dutch red.

Apart from Dutch Square, the overall feel of Melaka (to me), was Chinese: temples, houses, street scenes, little shop fronts (about 600 shop houses). With all the different influences over the centuries, Melaka’s urban architecture is rather unique. This is interesting to me. To a 4-year-old, however, not so much. Animal murals on the other hand… 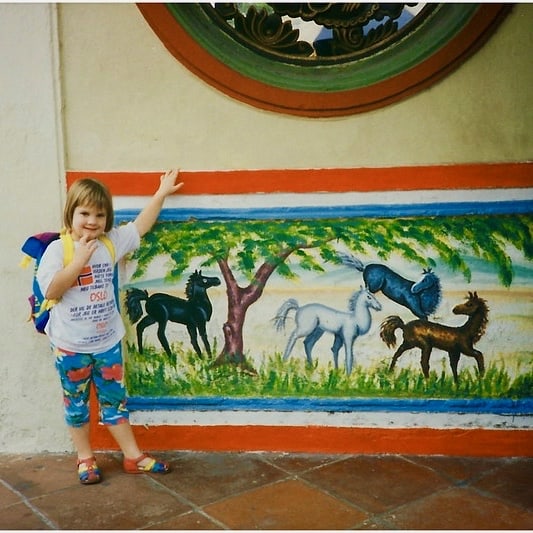 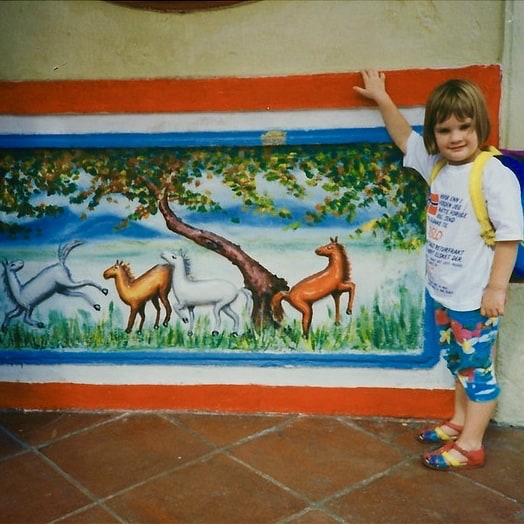 PS In case you’re wondering what Ali decided for her day: Haw Par Villa, a park filled with life size papier-mâché animals and sculptures depicting ancient Chinese legends and fairytales – at times slightly scary; morbid even, with the odd dismembered head here and there. Didn’t faze her one bit. In fact, two years later, when visiting Hong Kong with my mum, Ali insisted we visit Haw Par Villa there, to show her gran. It goes without saying mum enjoyed this bizarre attraction, too. But then she was always a child at heart. 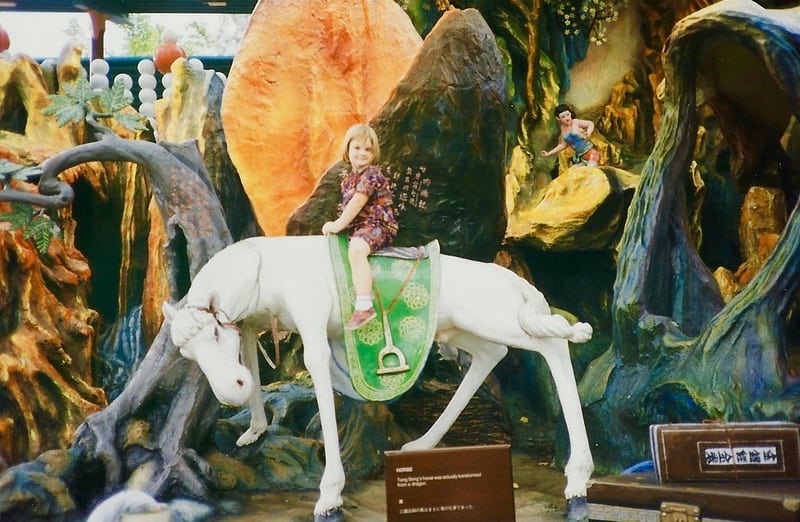