The Memnon colossi and the fabulous Winter Palace Hotel in Luxor

The Memnon Colossi are two, well, colossal statues, about 20 metres high, made from crystalline quartzite, that originally were part of a huge mortuary temple. They likely depict Amenothep III, who had this temple built. 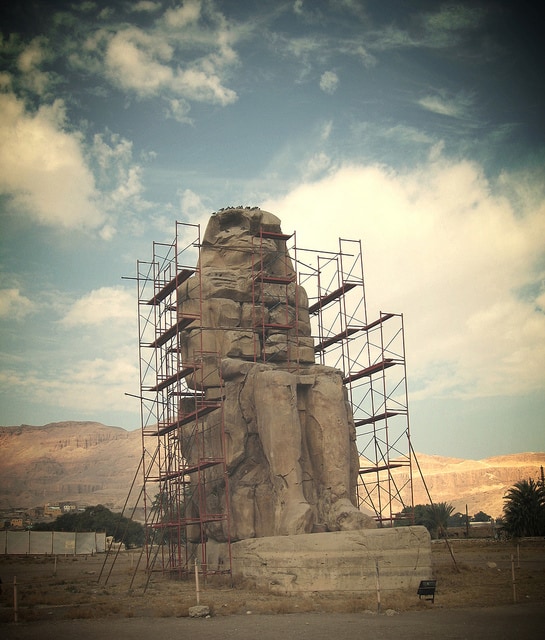 2 025 years ago, an earthquake caused a huge crack in one of the statues. Interestingly, as the temperature rose in the crack, air escaped and caused a musical sound every morning. Food for mythmakers, indeed. In the Greek era, the ancient Greeks believed this was Memnon, the mythical Ethiopian king slain by Achilles at Troy. And so the singing statue of Memnon got its name.

About two hundred years later, Emperor Severus (the Romans had taken over by then) had the statue restored and no more singing. A little sad, I think.

Since no singing can be heard, Cat starts looking around for something more interesting – and finds two young peddlers with grazing donkeys. 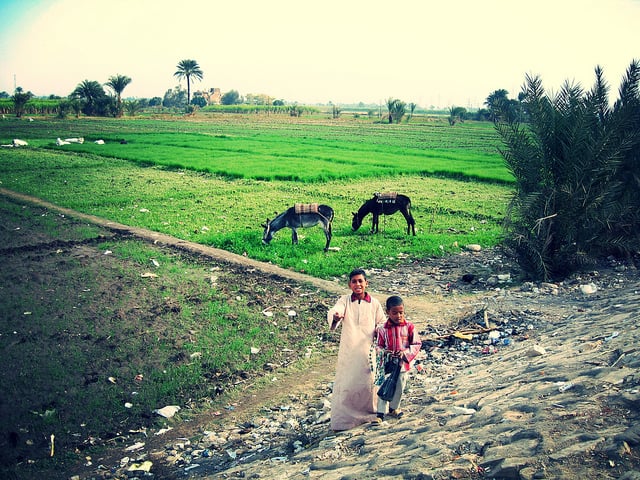 After lunch, we skip across the corniche to have a closer look at the fabulous Winter Palace hotel, another Agatha Christie favourite. The gardens are huge, green, tranquil and just beautiful. There’s even a sheesha-corner where you can lie lazily on sofas outdoors while indulging.

Sadly, we don’t have time for afternoon tea on the large terrace overlooking the Nile. There just isn’t enough time to do and see everything we’d like to here in Luxor. But we console ourselves Luxor is easy to reach, and we resolve to return and stay a few nights at this wonderful hotel. It’s much friendlier than the Old Cataract in Aswan, too. No entrance fee. 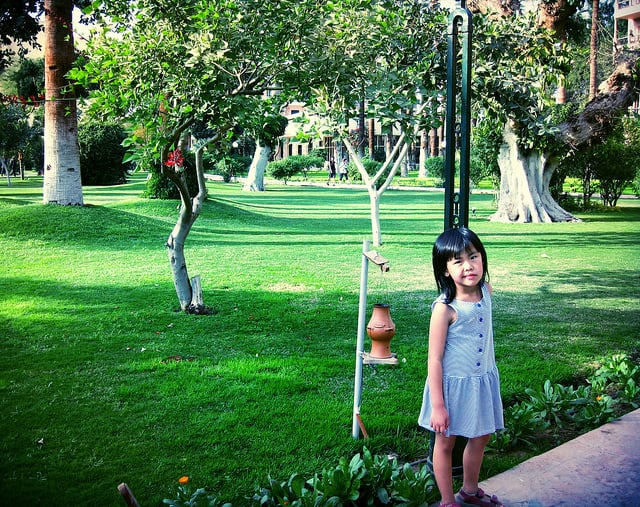