Gaudi in Context – A Walk through Catalan Modernisme 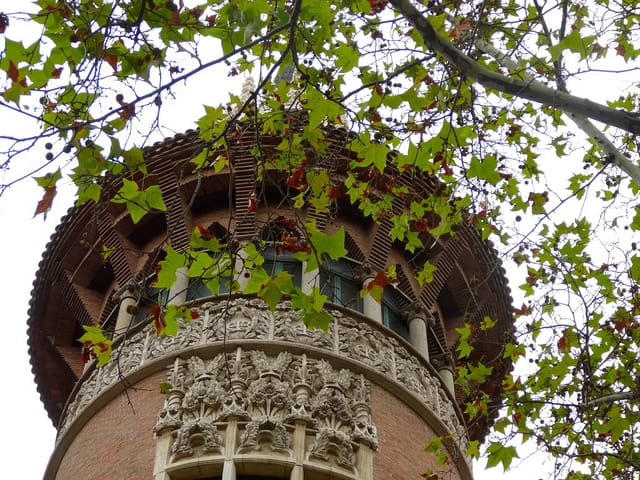 Recently, I was offered an opportunity to join a Context guided walk on Modernisme architecture in Barcelona.

What is Context, you ask? Here’s their introduction:

Context is a network of scholars and specialists—in disciplines including archaeology, art history, cuisine, urban planning, history, environmental science, and classics—who, in addition to our normal work as professors and researchers, design and lead in-depth walking seminars for small groups of intellectually curious travelers.

Context offers a number of walks in Barcelona, focusing on the Gothic Quarter, the Spanish Civil War, farm-to-fork, chocolate, and more. I’m quite taken with Art Nouveau, Jugend, just about everything fin-de-siècle, so I choose a walk called Gaudi in Context.

The Catalan version of Art Nouveau is Modernisme and it’s about more than architecture. Modernisme is an entire movement closely linked to Catalan culture and identity. Yet, it is through architecture this movement is best known, especially the works of Antoni Gaudi.

Our Context specialist is Biel Heredero, an art history student from the University of Barcelona who wrote his thesis on Catalan artists. Biel is enthusiastic, passionate even – both about Catalonia and his field of expertise. 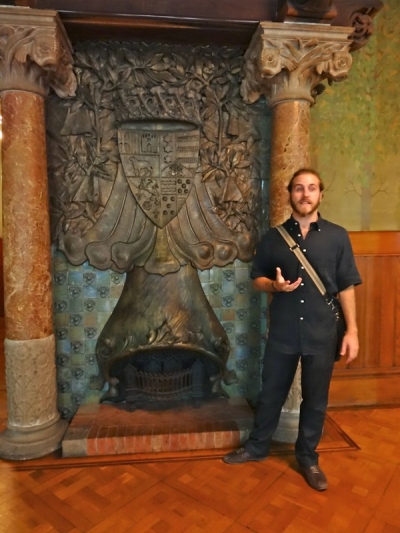 A unique feature of Context’s guided walks is the small groups (max six people). We’re only three, leaving plenty of time and opportunity to satisfy everyone’s whims and questions. Our little group is possibly above average demanding, but Biel answers everyone’s questions – no matter how silly – with patience and humour.

As we amble through the centre of Barcelona, we learn how Gaudí’s works was inspired by turn-of-the-century Catalan society. We learn about Catalan history, about the city’s expansion and about Ildefons Cerda, city planner extraordinaire (think von Haussmann and Paris).

The works of Gaudi is protected by UNESCO, and the World Heritage listing comprises seven of his works scattered around Barcelona. I was familiar with a few of these: the still-not-finished cathedral La Sagrada Familia, and the intriguing public space that is Parc Güell. So I was keen to take a closer look at some of the other, lesser known works of the eccentric architect. 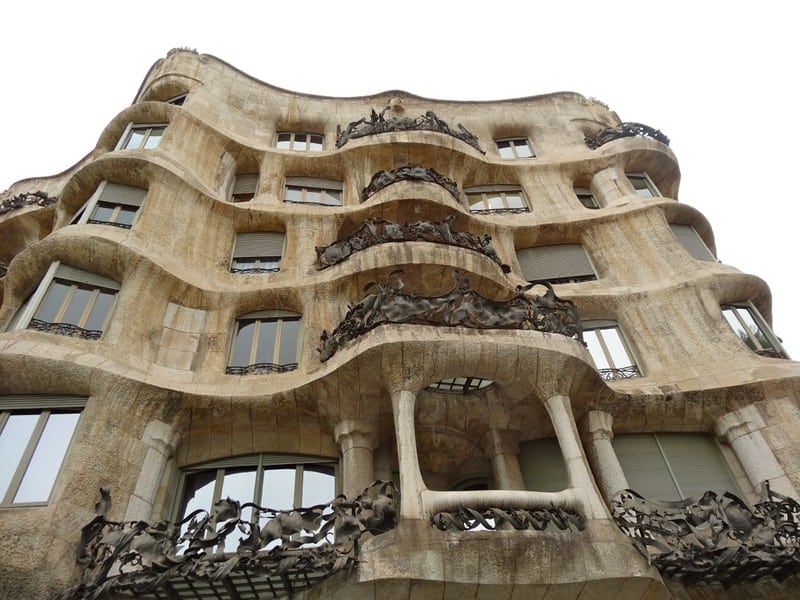 The Gaudi in Context-walk includes a comprehensive visit at the slightly absurd, yet utterly fabulous apartment building Casa Milá, better known as La Pedrera. I love the plaster ceilings, the wrought-iron details, the peculiar structures and the views from the roof… 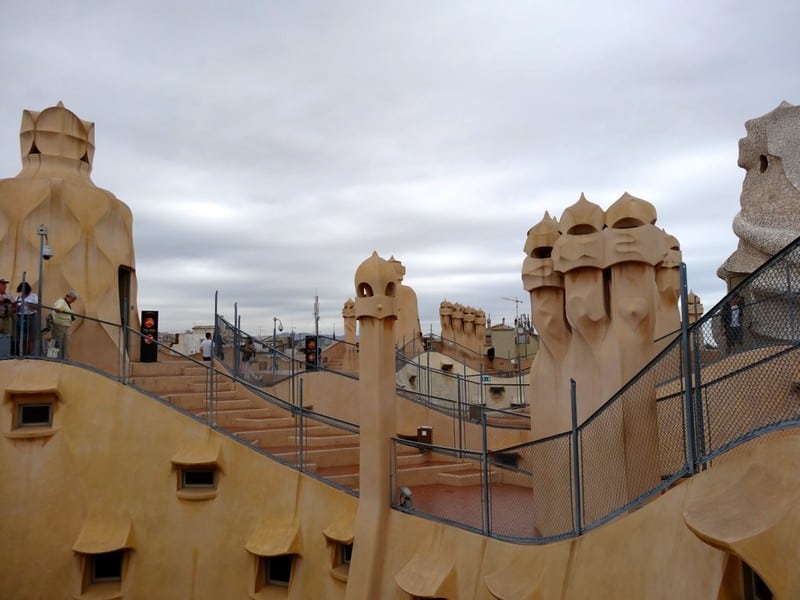 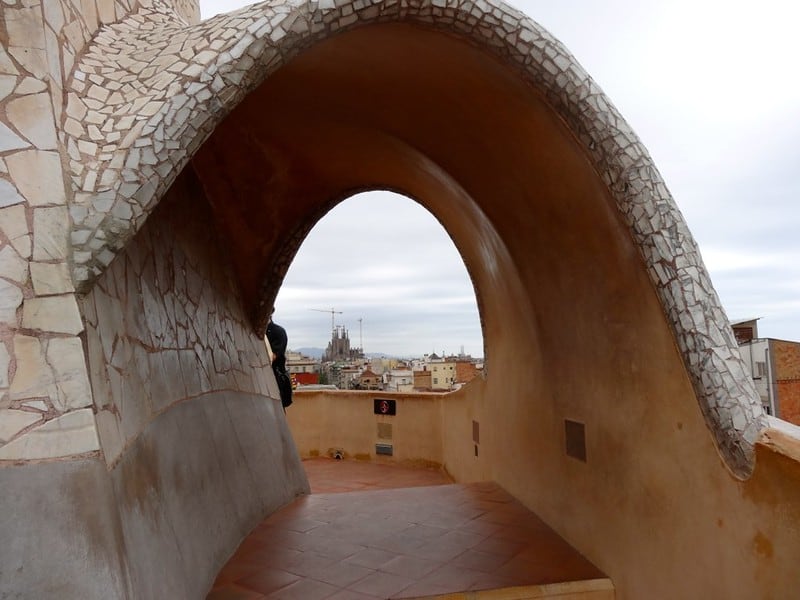 According to UNESCO, the seven properties comprising the World heritage site

But Modernisme isn’t only Gaudi 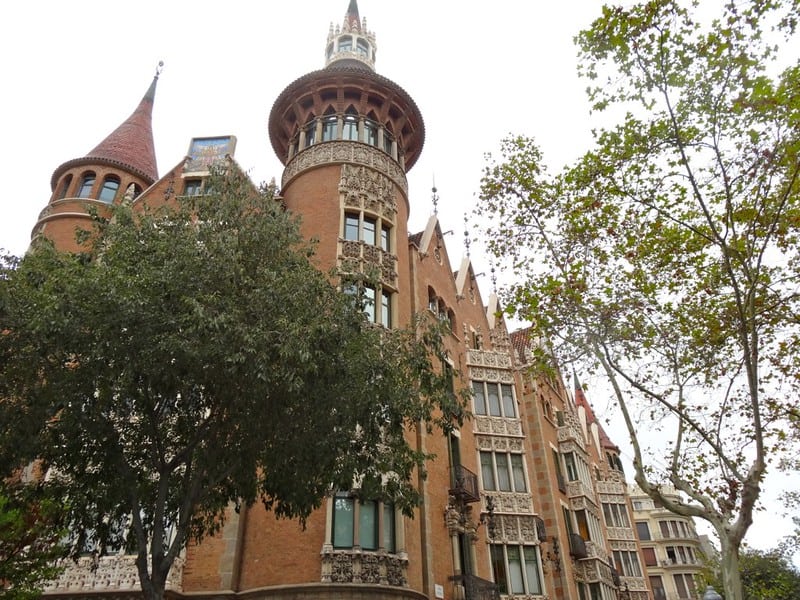 I was already familiar with Montaner. A year ago, when I last visited Barcelona, I stopped by Hospital de Sant Pau, (which I’ve been meaning to write about, and will soon), yet another World Heritage site in this city, and Montaner’s creation. Cadafalch is new to me, and clearly Biel’s favourite. I’m especially intrigued with the political statements he added to his buildings. 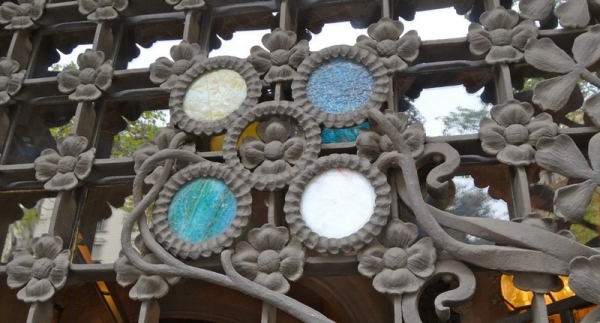 Our walk ends on the busy Passeig de Gràcia, where four Modernisme architects (our three, and Enric Sagnier) are gathered together on the Block of Discord (Illa de la Discòrdia in Catalan). Here’s Cadafalch’s Casa Amatller and Gaudi’s Casa Battló, in supremely clashing styles: 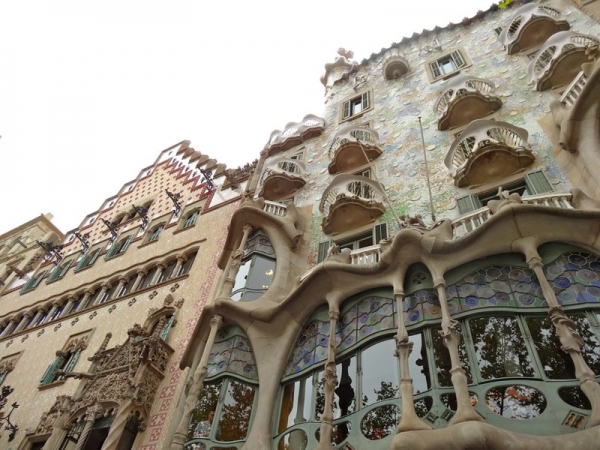 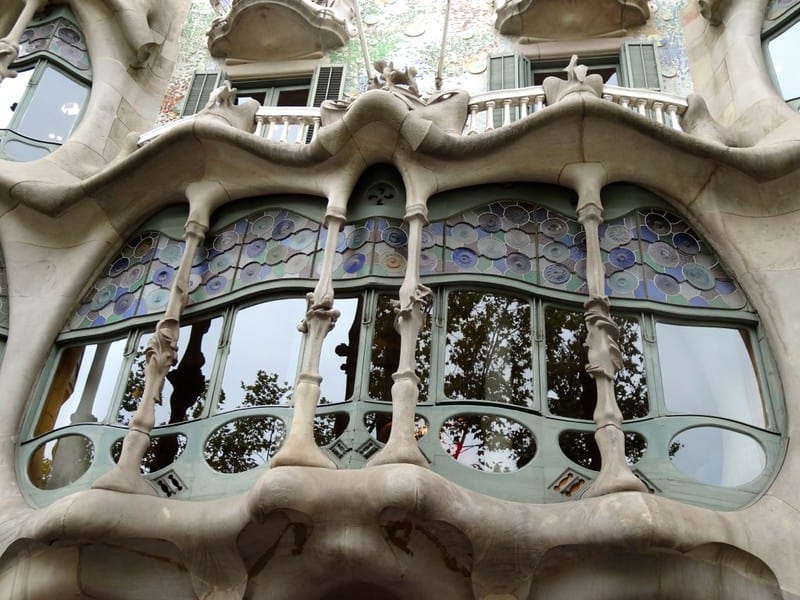 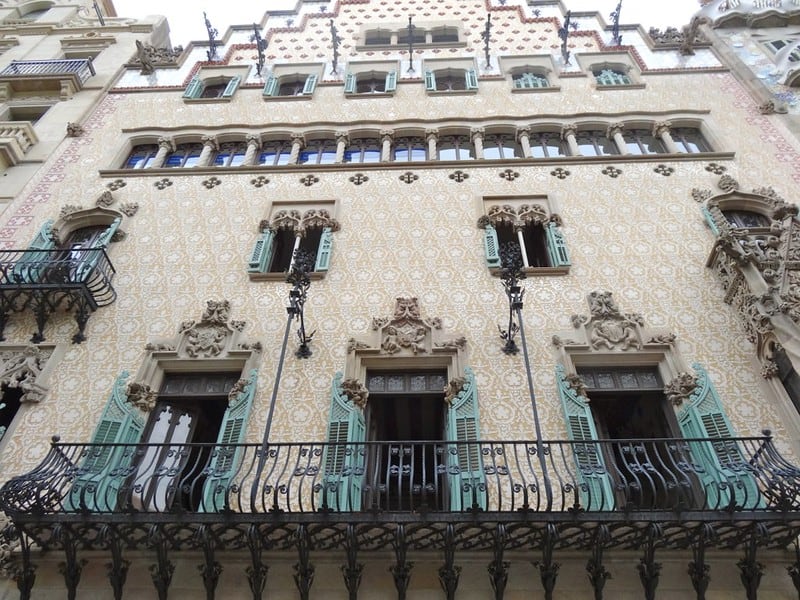 Have you ever taken a guided walk?

Disclosure: I joined this guided walk as a guest of Context. As always, all opinions are my own.