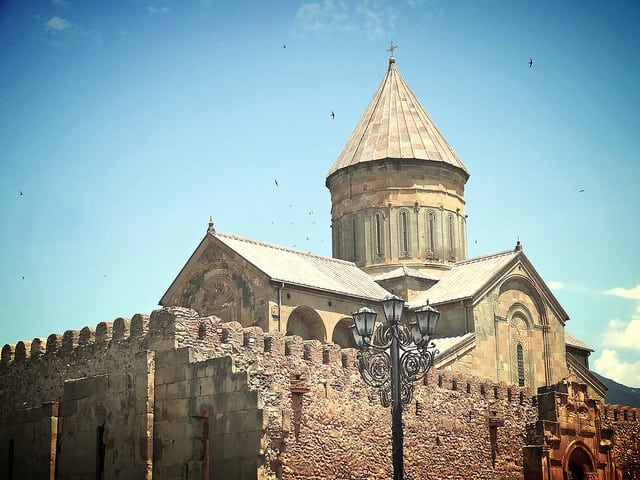 As in Armenia and the rest of the Caucasus, the world heritage sites in Georgia are churches and monasteries, all about religious history and architecture. On my final day in Tbilisi, I hopped on a marshrutka for the half-hour trip to Mtskheta. This town has been continuously inhabited for more than 3000 years and was the capital of the ancient kingdom of Kartli.

Armenia adopted Christianity as state religion in 301 and is considered the world’s first Christian country. But its Caucasian neighbour wasn’t far behind. Just a few years later, Christianity was proclaimed state religion in Georgia, right here in Mtskheta. It’s the country’s spiritual centre, or as I once heard and found rather poetic: Mtskheta is Georgia’s ancient soul.

The World Heritage site comprises three buildings: Jvari Monastery, the Svetitskhoveli Cathedral and the Samtavro Monastery. The site is put on the danger list because UNESCO is concerned about the preservation of the structures. 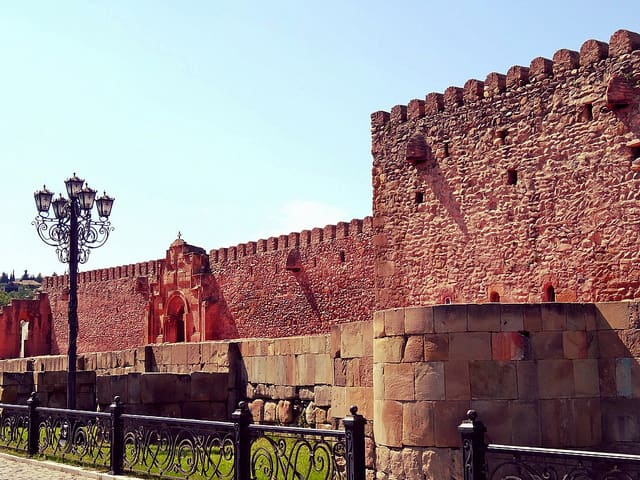 I spent most of my time in Svetitskhoveli. On the inside, this church is achingly beautiful, with ancient tombs, icons, frescoes that stop you in your tracks, and even a small stone church within. I can’t share photos with you, sadly, since it’s illegal to snap pictures inside.

As in much of Eastern Europe, you’ll see locals praying and kissing icons. Whether you’re religious or not, Svetitskhoveli Cathedral has a special atmosphere, inviting silence, serenity, philosophical wonderings even. 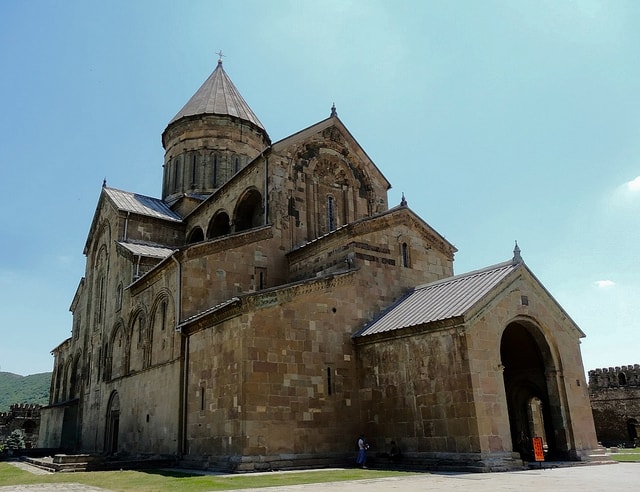 The legend of the living pillar

Legend has it Christ’s robe is buried here at Svetitskhoveli.

Back in the year 33, Elias, a Mtskheta man, was in Jerusalem, witnessing the last days of Christ. After the crucifixion, he bought Christ’s robe from a Roman soldier and brought it home to Georgia. When his very spiritual sister Sidonia touched this sacred relic, she was so overcome with emotion she died on the spot. No one was able to pry it from her grasp, so she was buried with the robe still in her hands.

As time passed, the exact site of Sidonia’s grave was forgotten. 300 years later, King Mirian built the first Christian church. Miraculously, the church’s central pillar moved, all on its own, to the grave. That’s where Svetitskhoveli was built.

The somewhat-difficult-to-pronounce name means ‘living pillar’. Naturally, this is a place of miracles.

100 years later, the original wooden church was replaced with one of stone. You can still see the old wooden church in the cathedral. Sidonia and the robe is believed to be buried beneath the colourful square pillar in the middle. 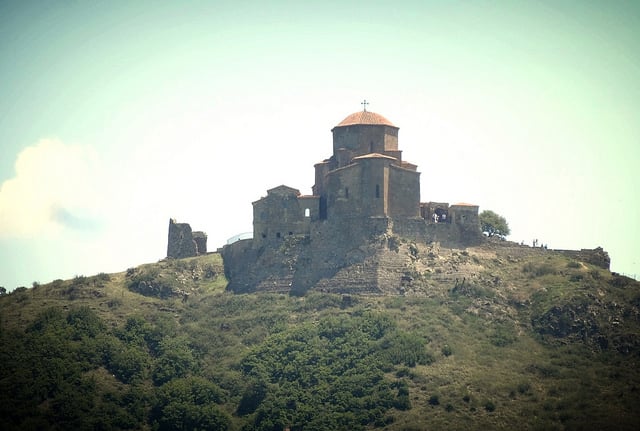 Jvari Monastery on top of the hill

There’s a bit more to Mtskheta than monasteries. The town is pretty and has a gorgeous mountainous backdrop.  Little shops selling colourful scarves, woollen slippers, souvenirs and the like, line the narrow cobbled lanes. The streets are spotlessly clean, with plenty of places to rest in the shade on a hot summer day. Several restaurants offer tasty, inexpensive food and yummy Georgian wine – 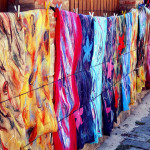 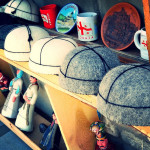 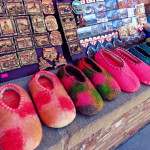 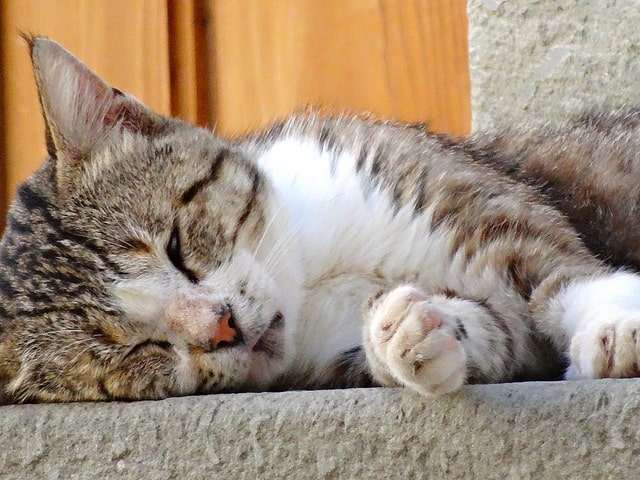 One of my fondest memories of Mtskheta is this girl, who wandered over to keep me company at the bus stop while I waited for the marshrutka back to Tbilisi: 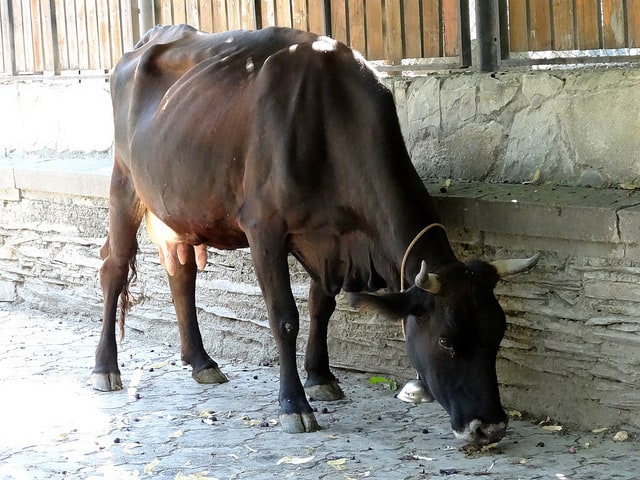