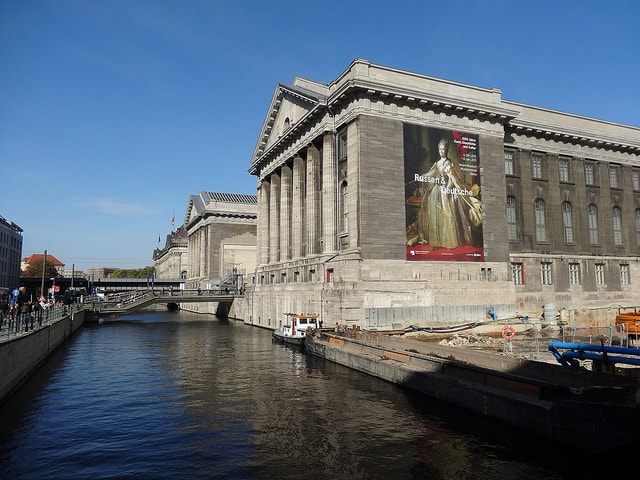 Museum Island Berlin – or Museumsinsel – is one of my top spots in the German capital – such a wonderful location and so much history in one place. Five major museums are here: Altes Museum (Old Museum), Neues Museum (New Museum), Alte Nationalgallerie (Old National Gallery), Bode Museum and Pergamon Museum. All are right here in the middle of the River Spree, easily accessible by bus or on foot.

I have two favourite artefacts among the thousands at Museum Island: In the Pergamon Museum is the reconstructed Ishtar Gate, the inner gate to Babylon. If you’ve been at WTM, World Travel Market in London, you’ll have noticed at least one version of this blue gate adorned with golden lions at the Iraqi exhibit. 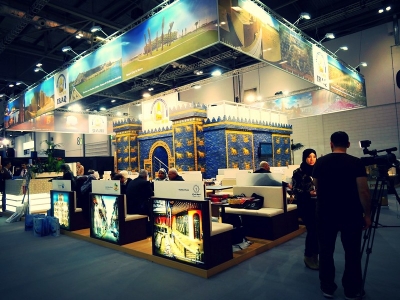 My other favourite is at Neues Museum: Thutmose’s brilliant sculpture of Nefertiti’s head. On a selfish note, it’s much easier to pop to Berlin for a look than to Cairo. On the other hand, although this 3 300-year-old bust was discovered by a German archaeologist, it belongs in Egypt.

It isn’t often a museum – or even a collection of museums – is given World Heritage status. Here’s what UNESCO has to say about it:

The five museums on the Museumsinsel in Berlin, built between 1824 and 1930, are the realization of a visionary project and show the evolution of approaches to museum design over the course of the 20th century. Each museum was designed so as to establish an organic connection with the art it houses. The importance of the museum’s collections – which trace the development of civilizations throughout the ages – is enhanced by the urban and architectural quality of the buildings.

Modern history is preserved at Museumsinsel as well: bullet holes from World War II are still visible on the outer walls of some of the buildings.