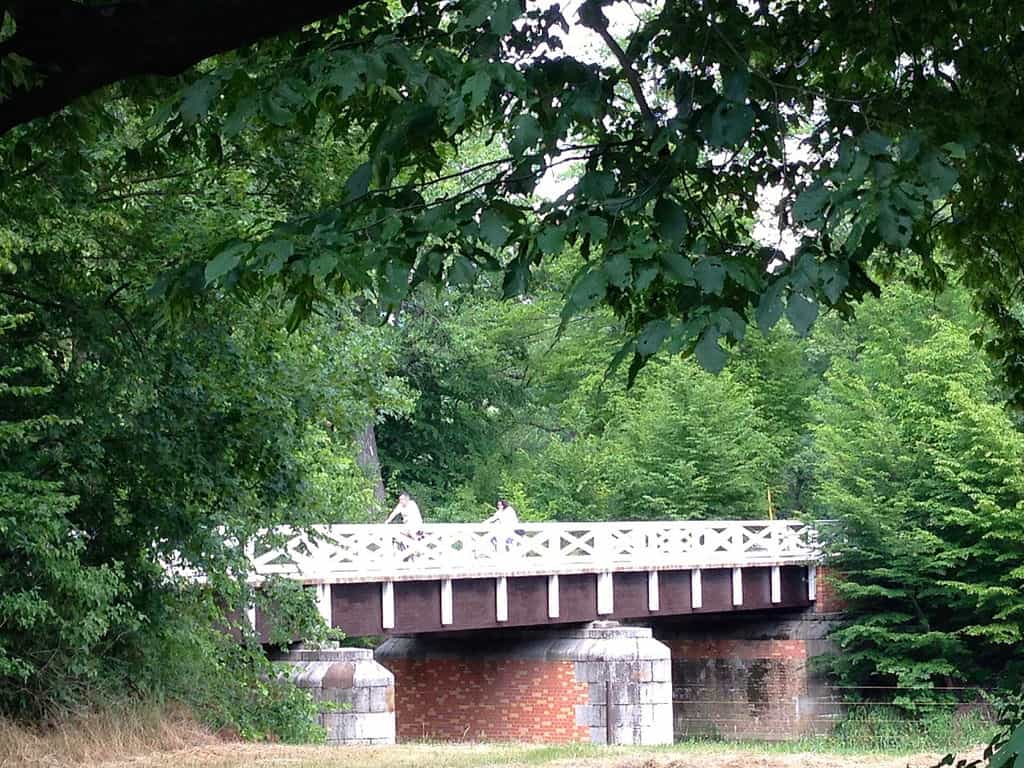 It is one of several bridges in Park Musakowski/Muskauer Park, crossing the River Neisse. Perhaps that name sounds familiar? You may remember the Oder/Neisse line from history lessons in school: at the Potsdam Conference after World War II, on Stalin‘s insistence, the rivers Oder and Neisse were set as the border between Poland and East Germany.

Today, it’s still an international border, but the comparison ends there. Now, you wouldn’t know you were crossing from one country to another, if it weren’t for a few border posts spread around the park. 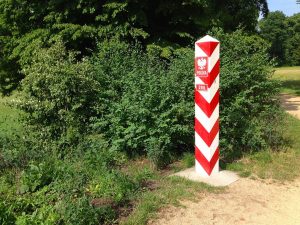 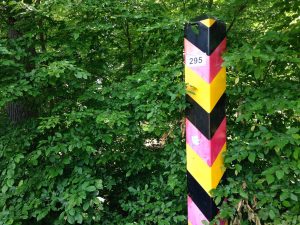 I’m biking around the lovely park, and even though it’s something as innocuous as an internal EU border, I get a kick out of going back and forth across the bridges: Now I’m in Germany, now I’m in Poland. Poland – Germany, Germany – Poland… life’s simple pleasures. (What can I say, I’m easily amused.) Though I can’t help but think my circular biking excursion would have been so much more exciting 30 years ago.

Of course, there’s more to Park Musakowski/Muskauer Park (and I’m going to use both names throughout this little post; somehow it feels unfair to just go with one) than just an international border.

It’s a pretty – and pretty huge – landscaped park, 560 hectares (that’s 1384 acres, American readers) created by a prince in the early parts of the 19th century. It’s all about landscape design here, and a move away from the traditional view that gardens should be perfect, and preferably resemble paradise. Instead, native greenery was used to bring out the best in the landscape already present.

The prince in question, one Hermann von Pückler-Muskau, was a traveller. He traipsed around Europe, looking for inspiration – and funding for his gardening schemes, in the form of a wealthy wife. Seems he didn’t find her.

In London, he was the man about town. He went to Wales to see Eleanor and Sarah, the scandalous Ladies of Llangollen. He also went further afield, to Damascus and Tunisia and Egypt and Nubia, and was responsible for graffiti on ancient Egyptian monuments. Carved in stone, it must be said – not merely spray painted.

The pièce de résistance in the park is this pink fairytale castle. Isn’t it fabulous? I could live here. 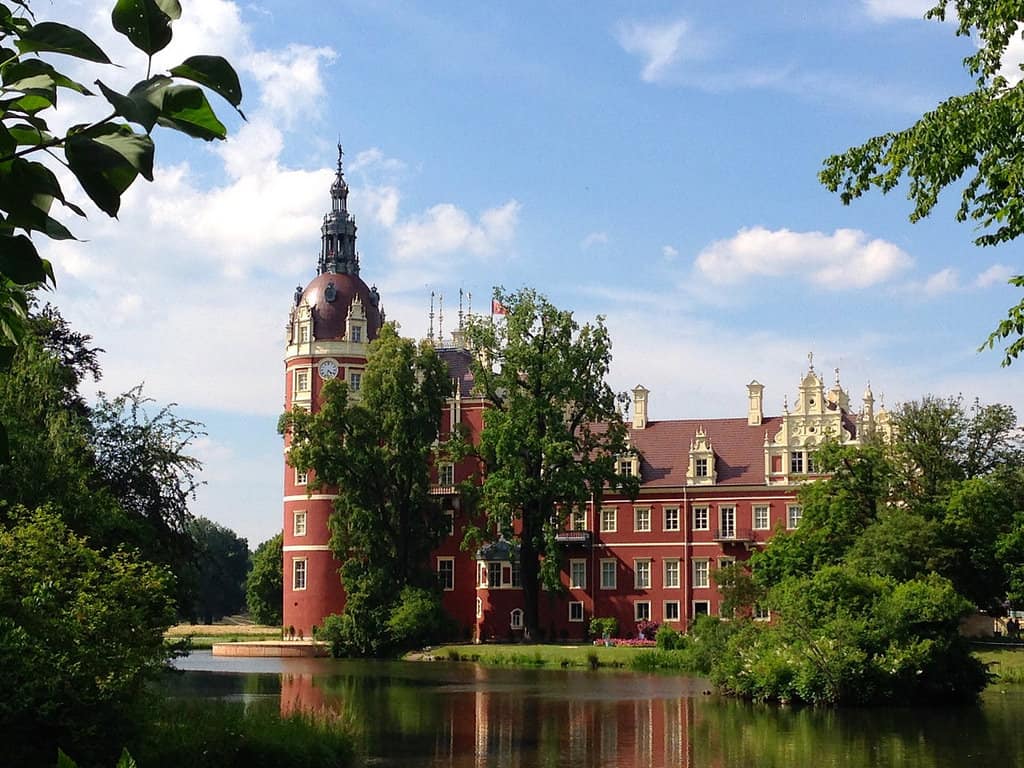 The castle – and the park itself, make a lovely setting for photo shoots. 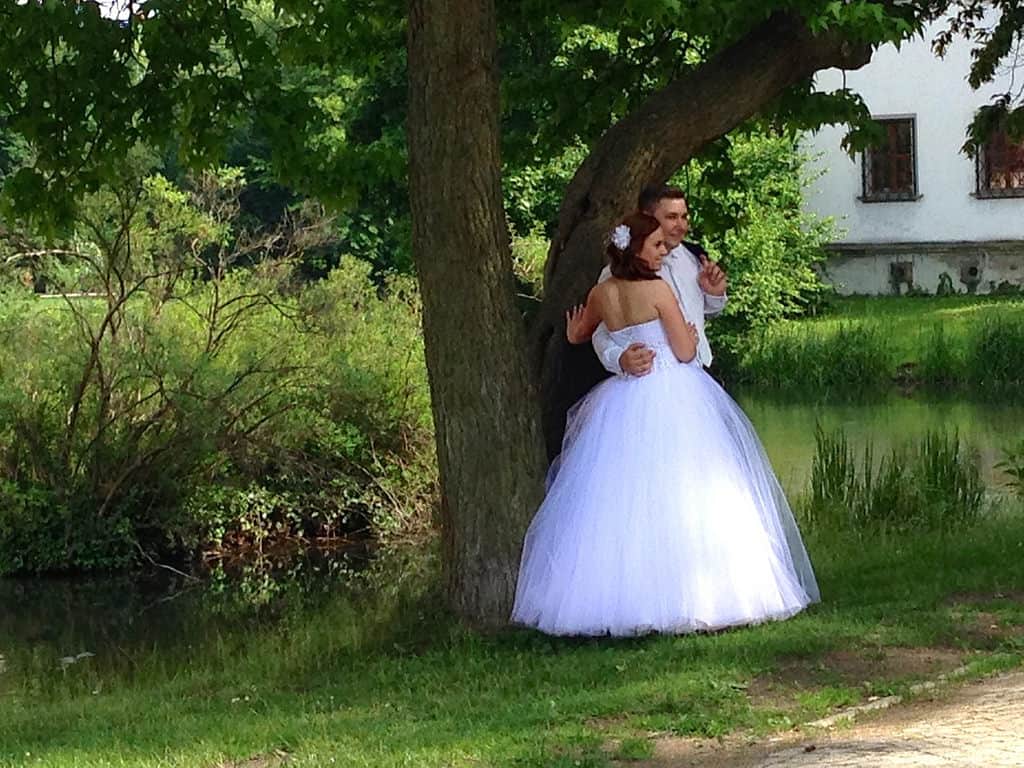 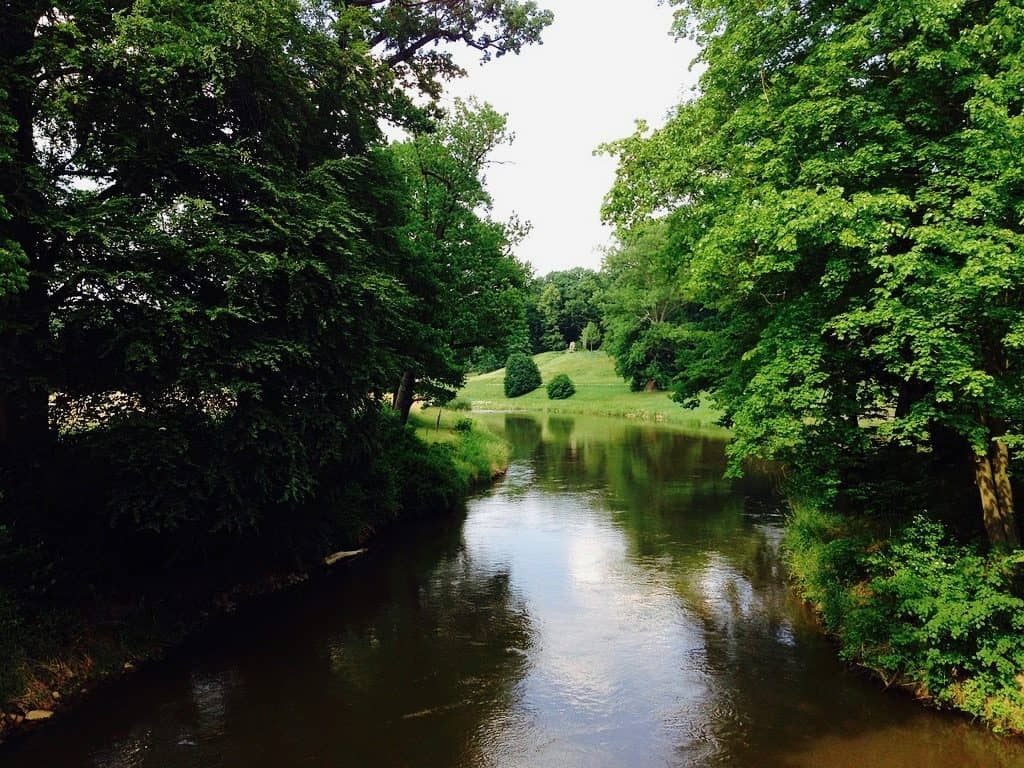 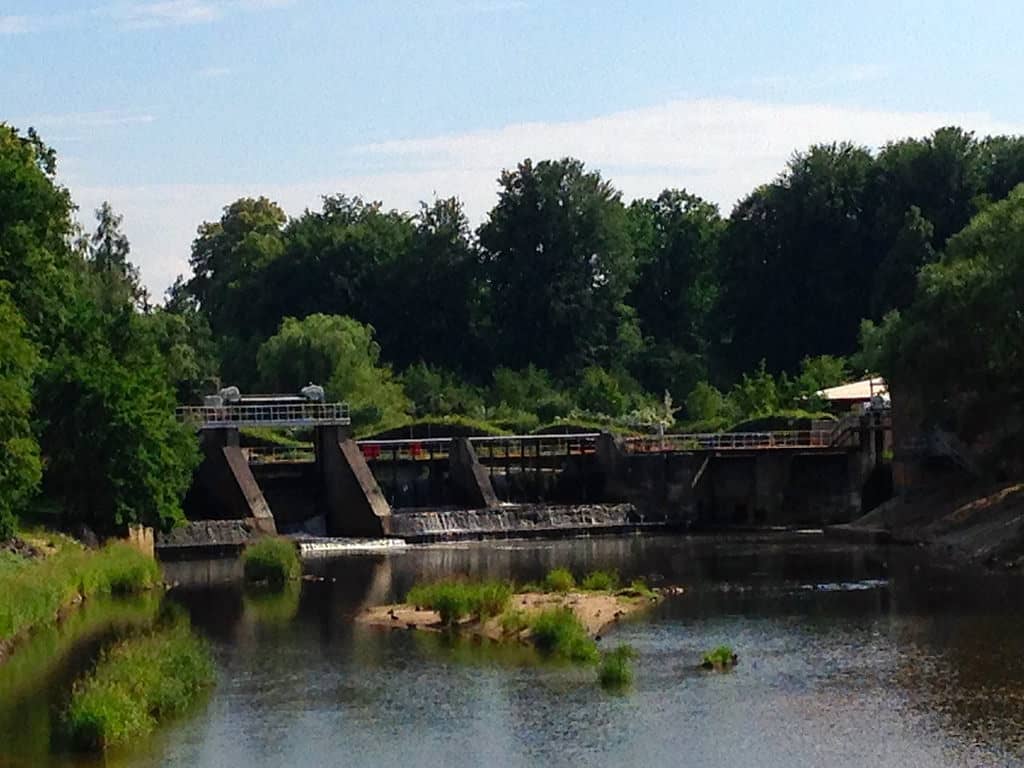 The nearby village on the German side, Muskau, is pretty much an extension of the park, and as such a part of the design. Out in Muskau, these cool rides remind me this was once behind the Iron Curtain. 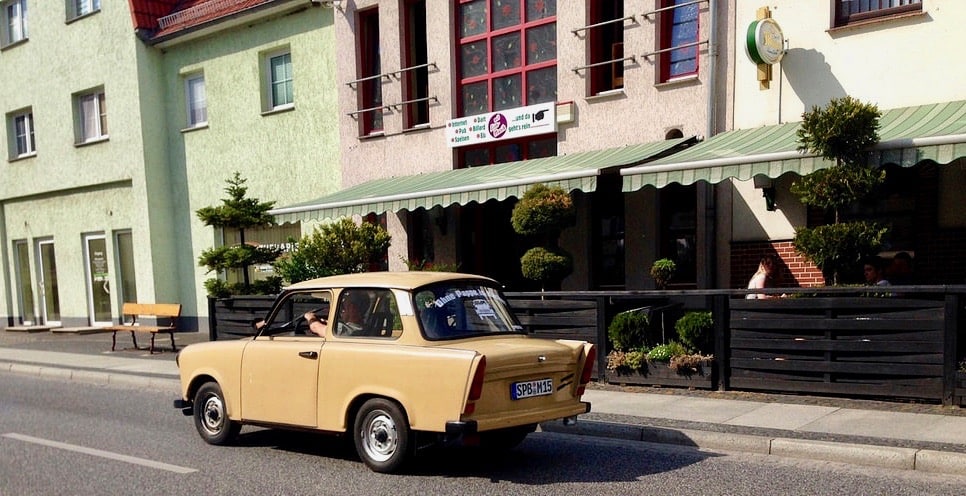 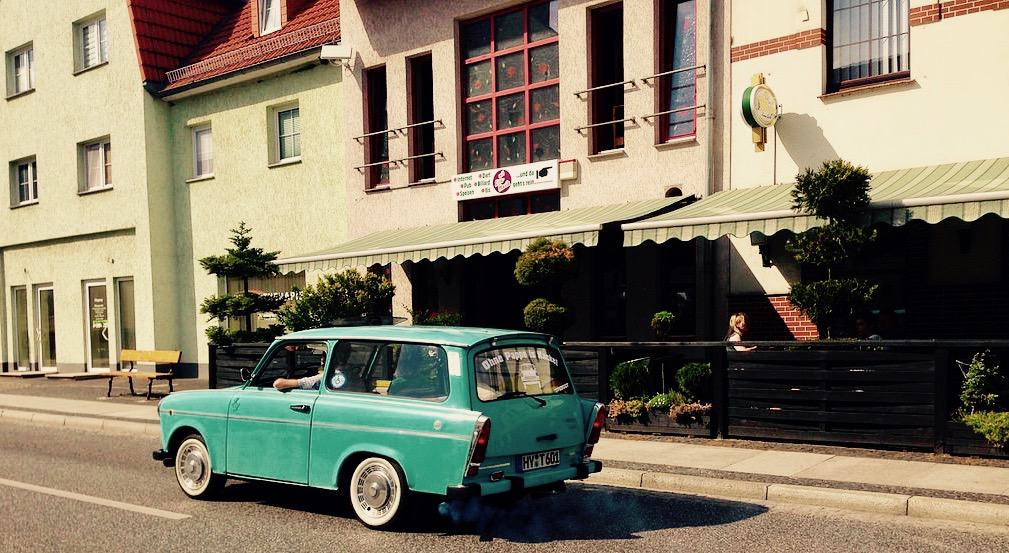 Getting to Muskauer Park /Park Musakowski takes a bit of determination. It’s not difficult, not by any means. But it’s not somewhere you’ll just happen to pass. From Berlin, take the train to Cottbus, then a bus to Bad Muskau. Should take about 3 hours.

Our friend, Prince Pückler himself, is said to have said that this estate was located in the middle of the forest with only wolves, wild boars, and stupid men for company. I didn’t stumble over any wolves or boars. Keeping mum as to the presence of stupid men.