Years ago, I read one of those slightly paranormal books, jumping between the past and the present. Something about a spooky lady from medieval times hopping in and taking over the mind of a modern-day girl. Don’t remember much else, but the author painted a fascinating picture of Hay-on-Wye and particularly Hay Castle. I remember thinking it would be exciting to try something like that myself – leaning against the walls of Hay Castle and see if a medieval soul might want to stop by my mind. In a daydream or something. What can I say: I was a teenager with romantic notions.

At the very least, I wanted to see Hay Castle. So here I was at last: 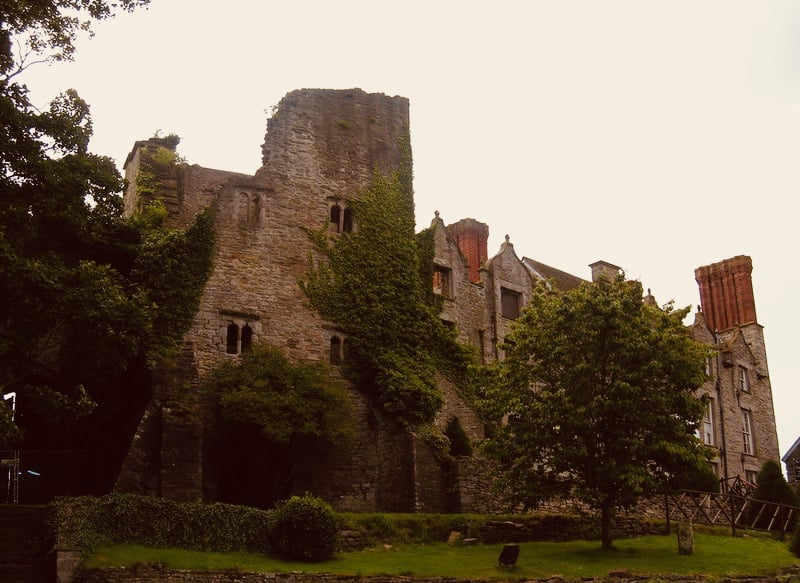 No medieval lady – or anyone else – stopped by to play with my mind, but Hay Castle did look wonderfully unearthly at night.

On the English border, Hay-on-Wye – or Y Gelli Gandryll in Welsh – not only has a wonderful medieval castle. The town is also a member of the International Organisation of Book Towns. Book shops and books are everywhere! This tiny town has a population of 1 900 – and more than 30 bookshops! Every year at the end of May, the little town hosts a literary festival. 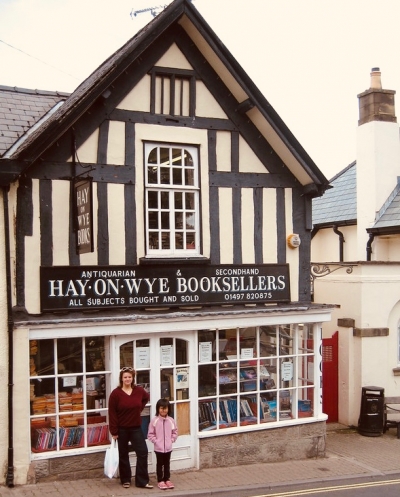 As if that isn’t enough, books are for sale outdoors, too. Along the walls of Hay Castle, in sheds, everywhere – are shelves with books. Anyone may take a book, or five, and put money in a tin – on a trust system – similar to Fjærland, one of Norway’s book towns. 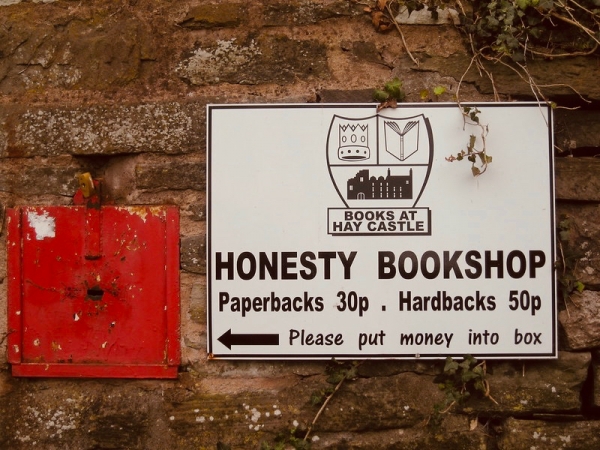 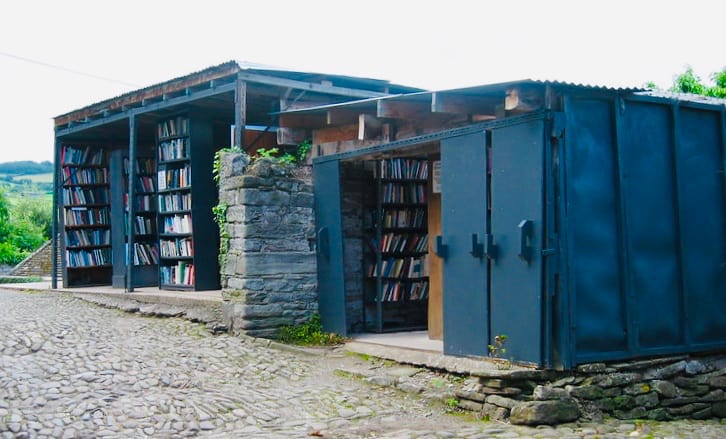 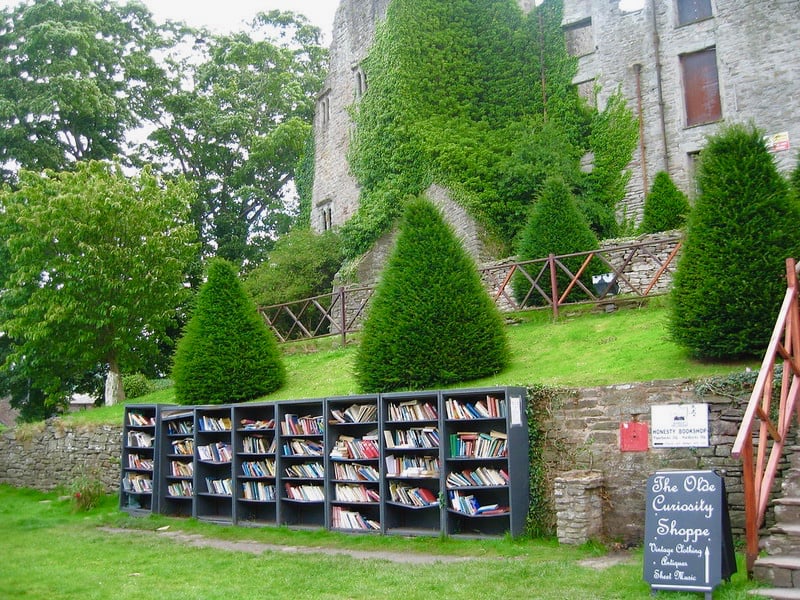 Hay isn’t only about books, though. As it’s located within the gorgeous Brecon Beacons National Park, there are heaps of opportunities for the more outdoorsy type: hiking, biking, caving, horse riding, canoeing, rafting, hang-gliding and much more. 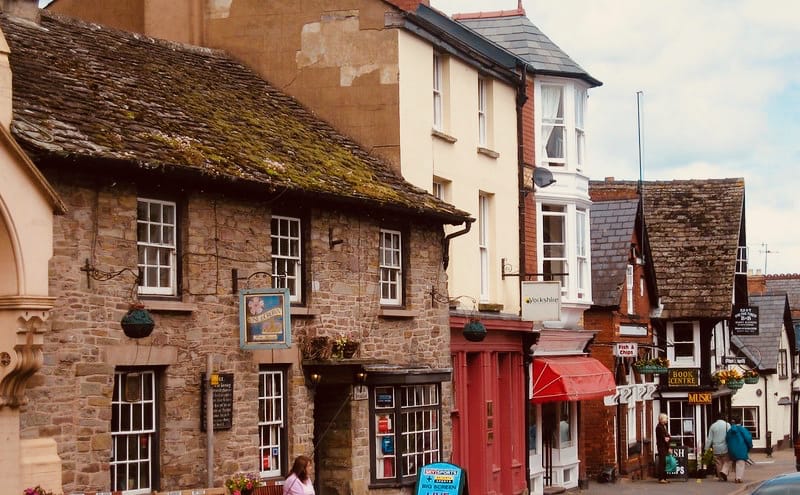 In Hay-on-Wye, we stayed at the Seven Stars, a great 16th century B&B with old creaking stairs and oak ceiling-beams. We just turned up without a reservation early in the evening and got a huge suite. Unusually for a B&B, there was a swimming pool and a sauna. The kids loved it so much, they forfeited breakfast to go swimming on a rainy Saturday morning.

Update May 2011: The 2011 Hay Festival takes place 26 May – 5 June and has a number of famous guests, including VS Naipaul, Mohammed El-Baradei, Vanessa Redgrave, Ralph Fiennes, Paul Theroux and, for some reason, Rob Lowe. Read all about it here.