Naples, to go or not to go? 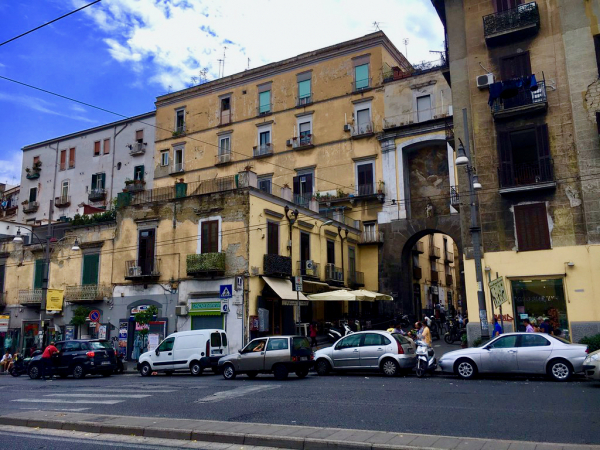 We have a saying up here, which in essence means ‘taste is like your bum: divided’.

A bit crass, I know. But if ever there was a place where it is appropriate, well, that place is Naples. And in my defense, it does sound better in Norwegian, rhymes n’everything: Smaken er som baken: delt. 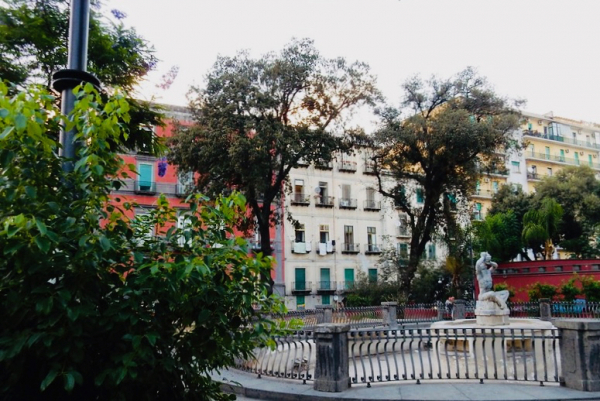 After an initial wandering about town, I posted on Facebook:

Napoli, I’m trying to like you. I really am. Show me what you’ve got.

The replies I received proved what we already know: taste is indeed divided. Here are a few examples:

Some agreed with my first impression, but made allowances for the pizza: 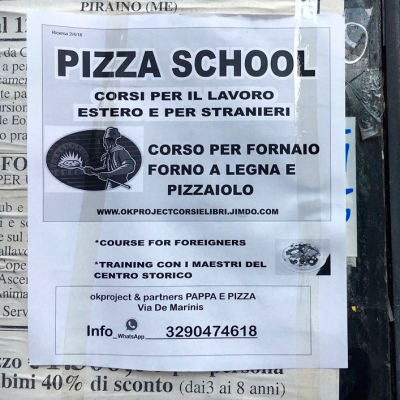 Neapolitans seem to be well aware of their pizza reputation. 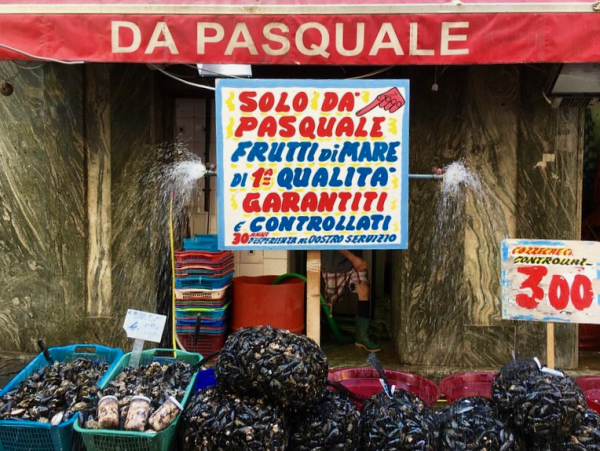 You can’t help but notice that you’re on the sea here. The fish markets have abundant offerings. 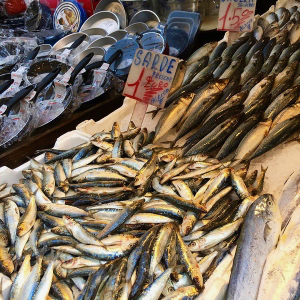 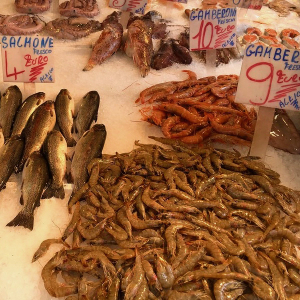 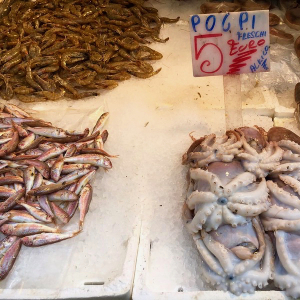 The city’s street food is legendary as well. But since I didn’t sample Neapolitan cuisine – pizza or otherwise – I don’t have much to say about it. (Head over to TasteAtlas for Naples foodie recs.)

The National Archaeological Museum in Naples 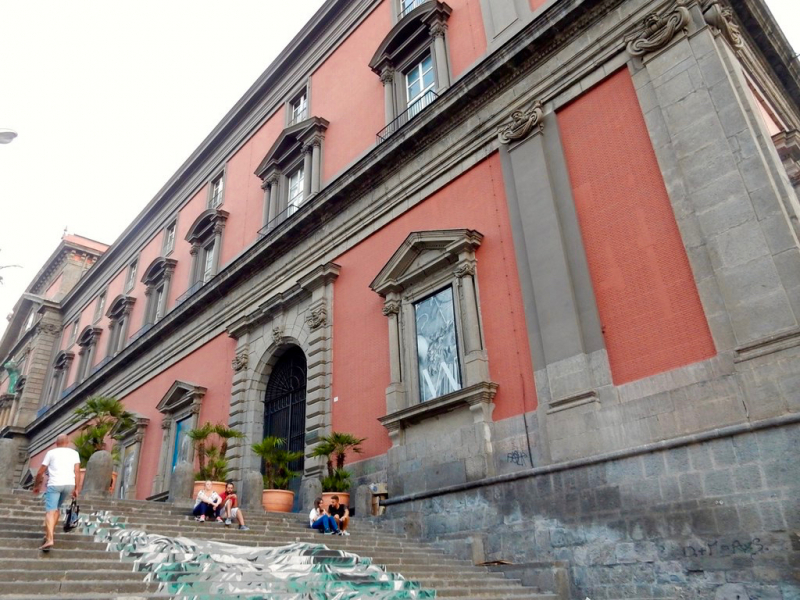 Why did I skip food? I did mean to find out about that pizza for myself, but decided to have a quick look at the archaeological museum first. Well, that turned out to be anything but quick. In fact, I got so caught up in this amazing place, I forgot all about time – and hunger. My spontaneous reaction:

Oh. Mah. Lord. (I actually said that out loud. With an American accent. Southern.) Fantastico! I take back my initial reluctance. For that alone, I’m willing to overlook the general attitude here, which seems to be ‘the world is my ashtray. And my rubbish tip. And (most noticeably), my toilet.’

The National Archaeological Museum in Naples has in its collection Greek, Roman and Renaissance works, but most importantly (or at least most interesting to me), objects from nearby Pompeii and Herculaneum. One of the works you can see is the Herculaneum papyri, 2000-year-old Greek philosophical texts written on scrolls that were carbonised by the intense heat of the eruption of Vesuvius in 79 CE (AD). 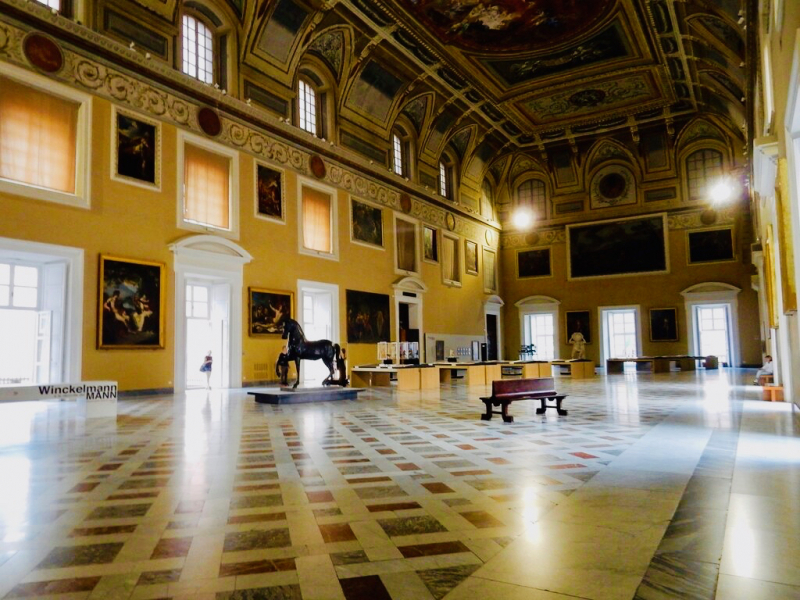 Lots of Egyptian artefacts here, too. So much to look at and ponder.

One Facebook-friend asked did I visit the Gabinetto Segreto in the museum? My immediate reply:

I did! And will never be the same!

I know you readers of Sophie’s World come in all kinds of dispositions, so I’ll refrain from going into detail about the Secret Cabinet, other than to say it contains works of art – artefacts, sculptures and paintings, some quite, erm, mind-bending – found in the ruins at Pompeii. And that under-14s can only visit with an adult. 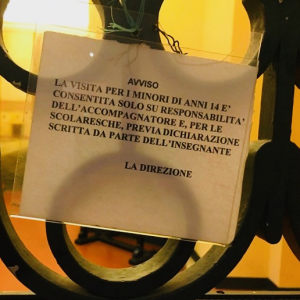 Do visit. To learn more about ancient Roman history, of course. Whatever else you get out of it, well, consider it a bonus. 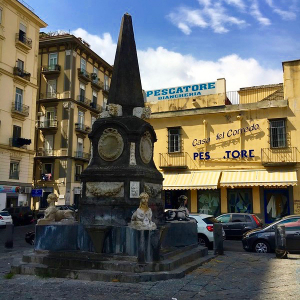 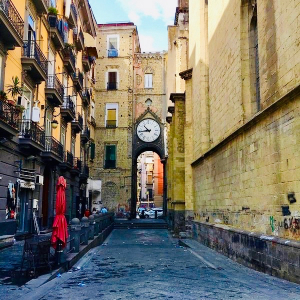 So… do I love or hate Naples?

Neither. But then I don’t really hate places. Everywhere I’ve seen, everywhere I’ve been, there’s always some redeeming feature. Always! At least one, usually more.

Naples is challenging. It’s a port city in the old-fashioned sense. It is dirty, it is crowded, it is chaotic and crazy. It is also lively, it’s rich in culture, it has a fascinating history going back several millennia, and, I suspect, is fun to explore at night. Above all, Naples is intriguing. I shouldn’t be surprised if I’ll go back some day for a closer look; try the famous Neapolitan pizza, check out the nightlife – and just go with the flow. Also, as I have fond memories of Italian cooking lessons, in Le Marche and in Portofino, maybe I’ll even join a course at that pizza school.

Naples then, is not for everyone. But what about you? Will you hate it or love it? Best go and find out for yourself.

My conclusion on the spot:

Naples is rough around the edges, but it kinda grows on you. Irritating, but also weirdly exciting. Some stunning (but crumbling) architecture. Stay away from the area near the railway station, at least initially. Breathe! Slowly! 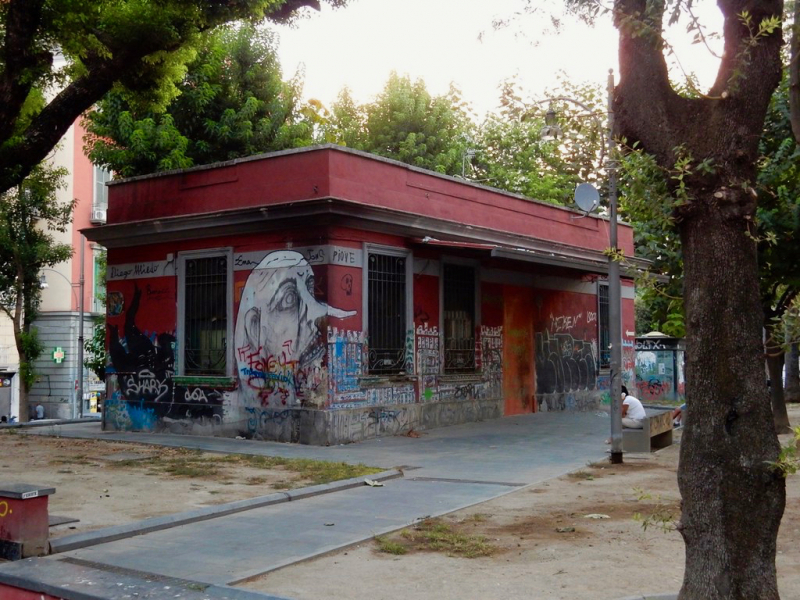 PS Naples has a reputation for being a dangerous city, mafioso level dangerous (the local criminal organisation is the Camorra with its feuding clans). Can’t say whether that is deserved or not. Here, as everywhere, your common sense will usually serve you well, so make sure you practice yours. I didn’t feel danger at any time, not in the narrow alleys, not after sunset. Nothing threatening or intimidating happened to me. Other than traffic. But then, that applies to Italy in general.