The many unusual churches of Nessebar 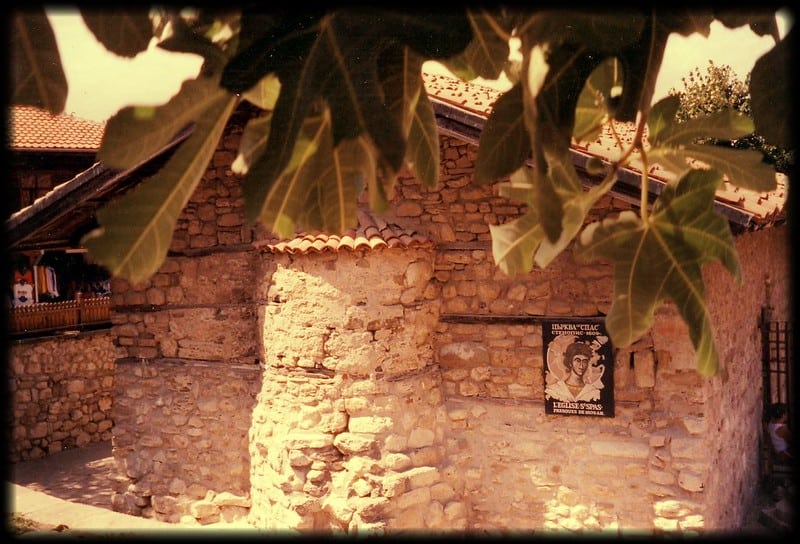 During the Middle Ages, the city of Menembria on Bulgaria’s Black Sea coast had more than 40 churches. Quite impressive for a such a tiny place. (Some claim it’s the town with the highest number of churches per capita anywhere. I’m not so sure, though; I’ve seen numerous small towns in the American Midwest with an impressive number of churches).

Today, the city is better known as Nessebar. Or Nesebar, Nesebur, or, probably most correctly, Несебър. UNESCO has deemed the Ancient City of Nessebar worthy of special protection, so I’ll go with UNESCO’s spelling.

Many of the churches are now in partial ruins, like Hagia Sophia below. Although, to be fair, Sophia doesn’t look bad for a 1500-year-old. 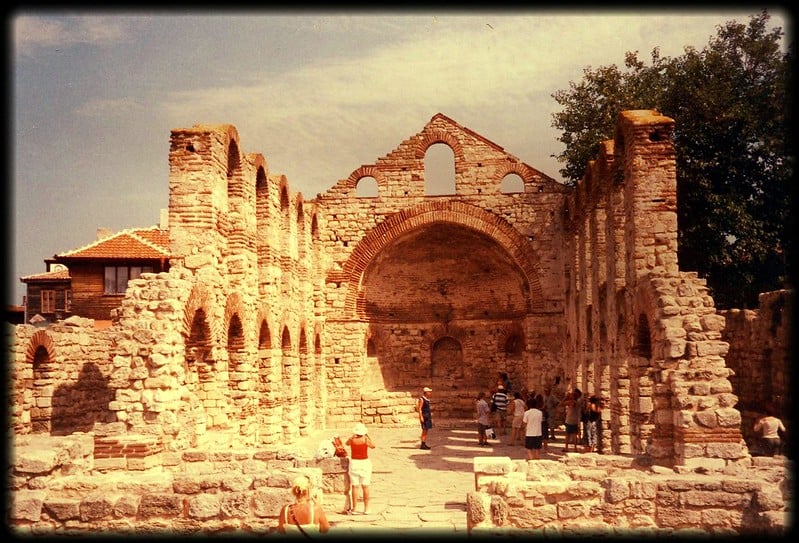 Others are very well preserved, and look like exclusive stone villas, one lovelier than the next. 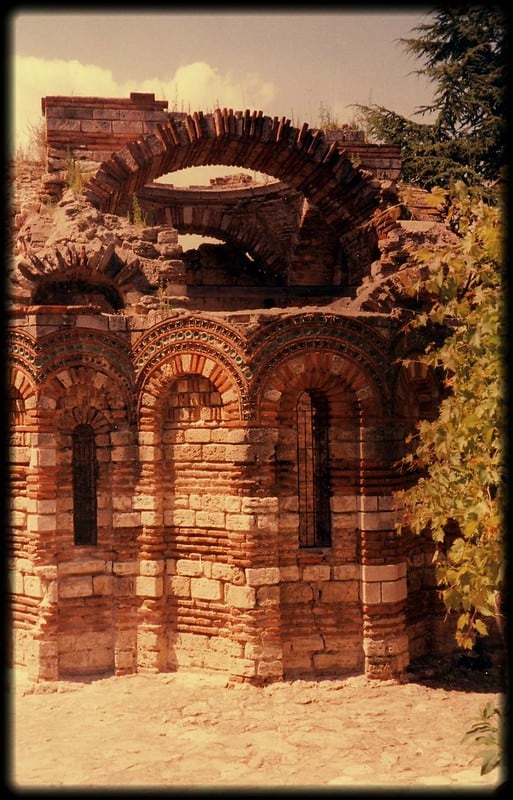 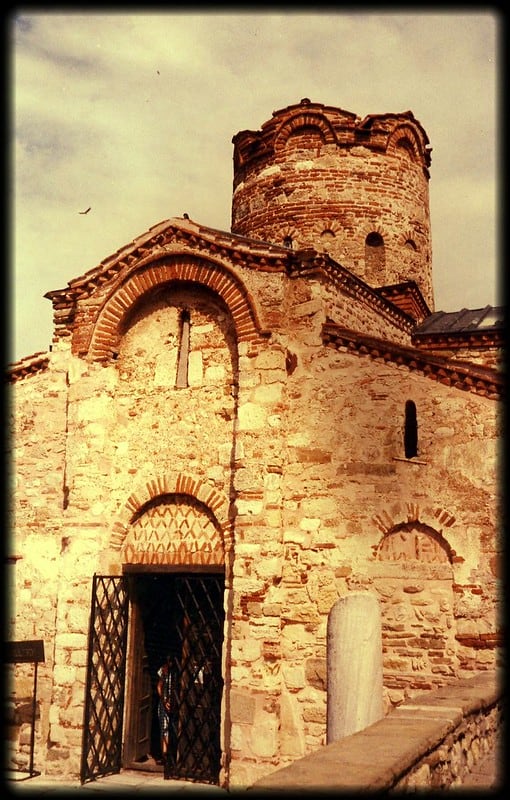 Pantocrator: the prettiest church in Nessebar

is Church of Christ Pantocrator. It’s richly decorated, including an interesting band of swastikas at the corners (it’s a bit difficult to spot them here; they’re below the small, white pyramids on the right side of the photo). Nothing to do with Nazism this; the swastika predates that brutal ideology by several millennia. Here, I’m told, it was the symbol of an ancient sun cult. 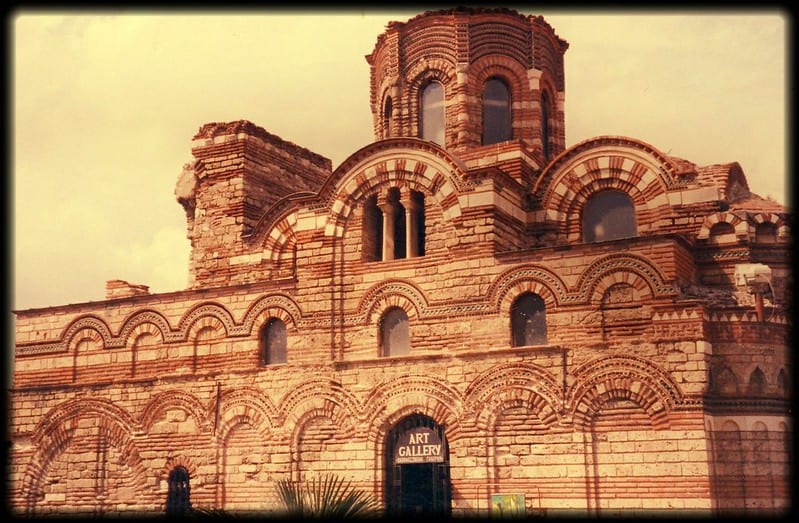 Pantocrator is a true work of art. Appropriate then, that it now houses a gallery, exhibiting the works of Bulgarian artists. As I walk past on my way to Nessebar’s old harbour, the sun sets, casting the last rays of the day on the red, green, and white tiles of Pantocrator. Beautiful!