Utopia: we all have our own ideas of that, don’t we? 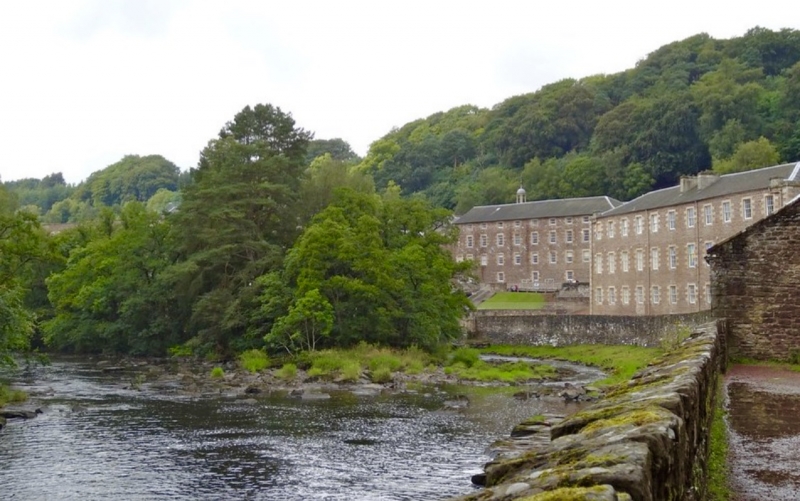 So did Robert Owen. Back in the late 18th century, this Welsh philanthropist, social reformer and idealist thought it was possible to combine a highly profitable business with human welfare. Today, we would call it compassionate capitalism; we even take it for granted in some parts of the world. Strange to think that in Owen’s time, this was revolutionary. Even subversive to some.

In 1786, Owen’s father-in-law, David Dale, built cotton mills and good homes for the workers here at New Lanark. Owen continued the work and built upon it, using it as testing grounds for a more balanced society. We’ll get back to Robert Owen and his ideas. But first, a few words about ERIH. 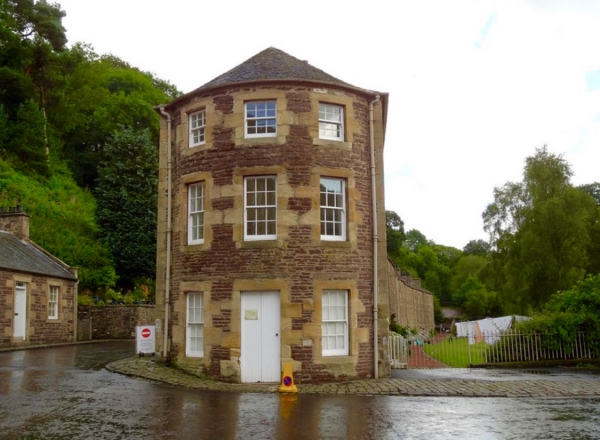 ERIH: From hand to machine

Are you familiar with the European Route of Industrial Heritage – ERIH? The idea behind the route is that nothing has shaped this continent as much as the industrial revolution, changing the culture of work all over Europe. The project emphasises the importance of our shared industrial past and collects well-known and lesser-known individual sites along a route, comprising more than 100 anchor points and 1850 sites in all 50 European countries.

In this era of great changes to our European nations and cities, industrial heritage is an important witness to our common history and identity.

Anchor points include the Museum of Science, Technology, Industry and Medicine in Oslo, hydropower in Rjukan and Tyssedal – all in Norway. In Sweden, there’s Falun copper mine and the transatlantic longwave Grimeton Radio Station. In England, we have Ironbridge in Telford and the Jewellery Quarter Museum in Birmingham. There’s the slate industry in Wales, mines in Southwest Yorkshire, various breweries across Europe, and many, many more. And there’s New Lanark. 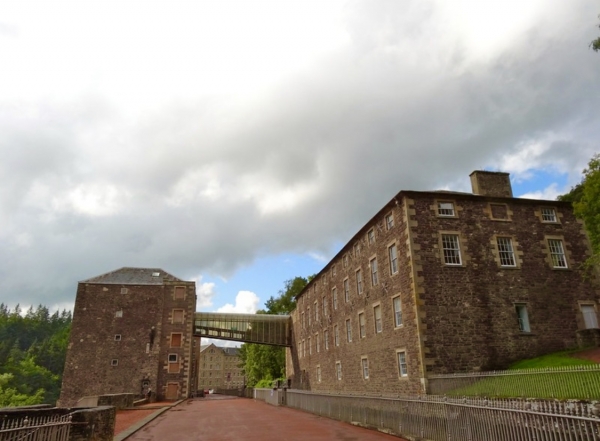 A society without crime, poverty and misery

The little cotton mill spinning village New Lanark is an example of a successfully planned community. In addition to being an ERIH anchor point, New Lanark is also a UNESCO World Heritage site.

So, we have impressive textile mills powered by water wheels. We have spacious, comfortable homes, built with the well-being of the workers in mind. We have an educational institute and a school, including Britain’s very first infants’ school.

About 2500 people lived at New Lanark in its heyday, including 500 children. Many had moved here from the nearby cities, from workhouses, the council estates of yesteryear. Workers here had reasonable wages and healthcare and education for their children.

In Owen’s own house, one of the smaller buildings, we learn the story of his life and his political ideas: all about combining industry and human welfare. Owen’s vision was a society without crime, poverty and misery; very advanced thinking for its time, and a model that served as inspiration for other industrialists. Good industrialists. I’m going to quote UNESCO’s words here. Although it’s a relevant memo still, it also gives hope.

New Lanark is a unique reminder that the creation of wealth does not automatically imply the degradation of its producers.

It is possible to combine a successful business with utopian socialism, at least in Europe. In 1825, Owen tried to set up a similar experimental socialist community in Indiana, USA. This attempt failed, and Owen returned to Britain, continuing his work for a fairer society, leading the movement for trade unions and co-operatives, and working for child labour laws and free schools. 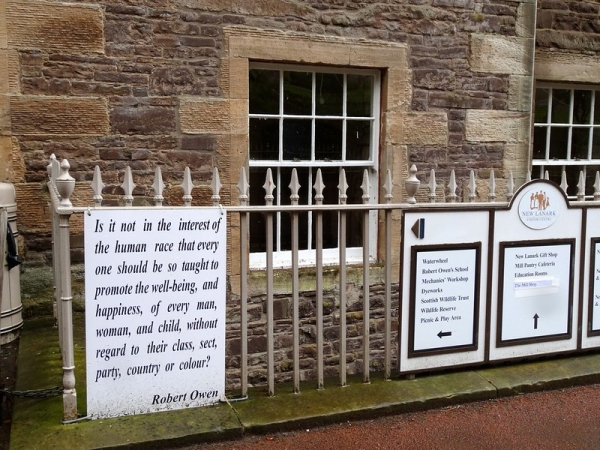 The mills at New Lanark operated for nearly 200 years, closing in 1968. However, like Suomenlinna in Helsinki harbour, Citadelle de Blaye outside Bordeaux and La Cité in Carcassonne, New Lanark is still a living community in the middle of a National Nature Reserve, and home to 65 households. Owen’s school and the educational institute is still in operation. 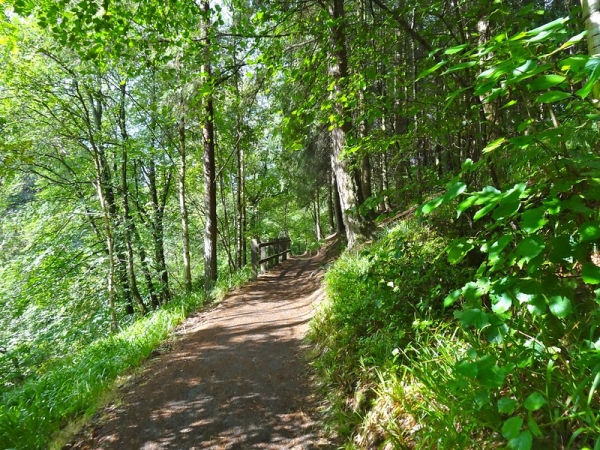 The site comprises four mill buildings, many blocks of flats, a church, an engine house and the school.

New Lanark is set in a lush valley along the River Clyde, just upstream from Britain’s largest waterfalls, surrounded by forests. I meant to stay an hour or two, but ended up taking a long walk through the paths here, and didn’t come back to Edinburgh before late at night.

If you’re interested in industrial heritage, and/or if you’re curious about how politics have evolved, New Lanark is a worthwhile daytrip from Edinburgh or Glasgow (both about 50 km away). The history here is fascinatingly relevant to life in the present. 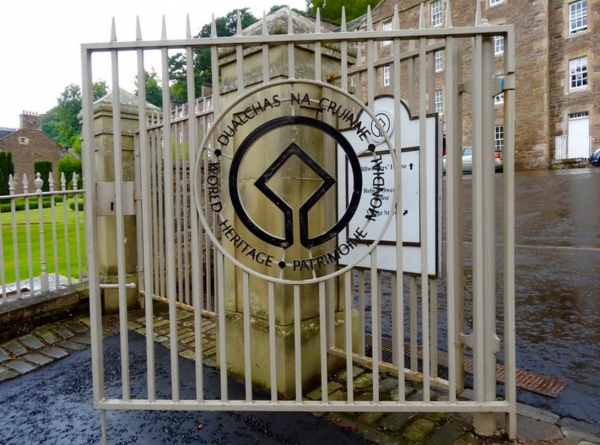