You know I like to visit the world’s curious places. Here on Sophie’s World we’ve presented a few cities and regions by Instagram – many of them a wee bit off the beaten track, such as Sofia, San Remo, Dar es Salaam, Tbilisi or Arctic Sweden.

Well, things are about to get curiouser and curiouser around here. In fact, I wonder what Alice would have made of Pyongyang.

I’ve just returned from the DPRK, more commonly known as North Korea. It was an intriguing country, quite different from what I expected. I’ll tell you all about it. Just need to ponder it all a bit more. For now, here’s a little look at Pyongyang through the iPhone lens.

1. Pyongyang cityscape, as seen from the top of the Tower of the Juche Idea. The Juche Idea – in case you wonder – is Kim Il-Sung’s self-reliance philosophy. 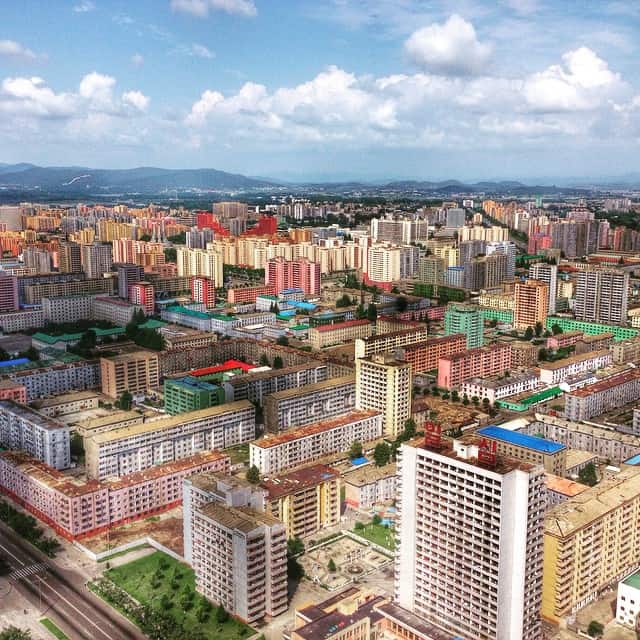 2. Accordion lessons in the park. Why not? 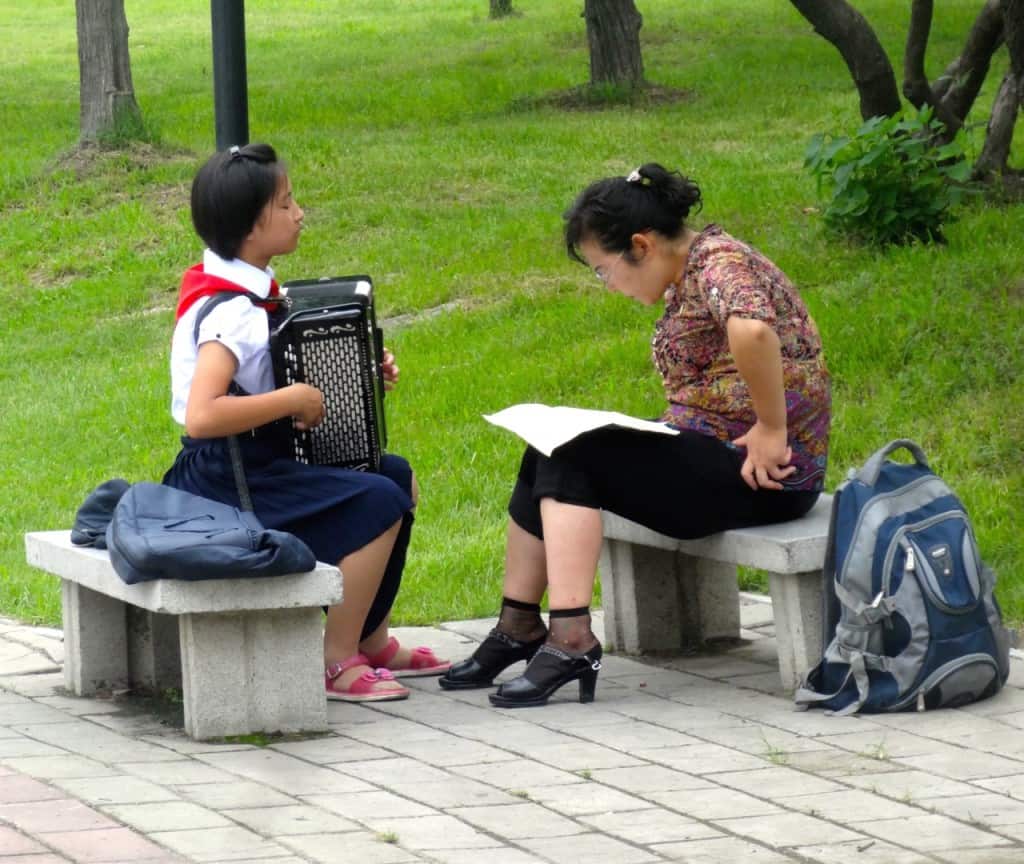 3. The Arch of Reunification (officially the Monument to the Three-Point Charter for National Reunification) across the practically car-free Tongil Expressway. Chock full of symbolism this: the two women – North and South – wearing Joseon-ot, the traditional costume, holding a map of a reunited Korea. 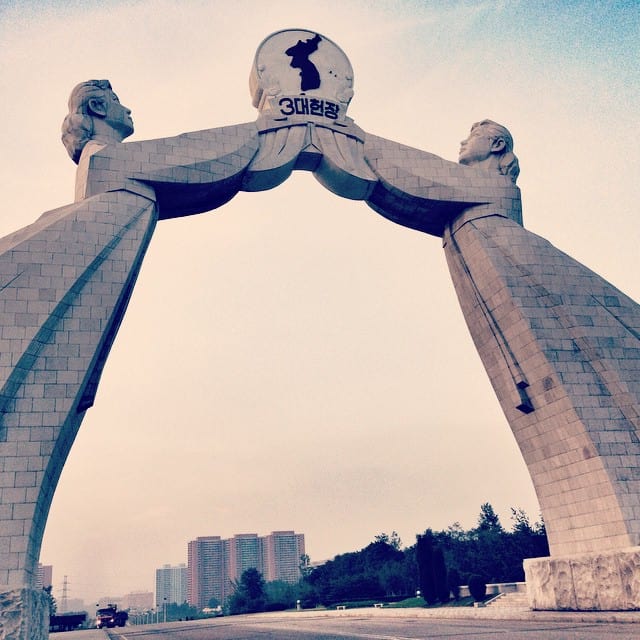 4. Near Mansudae. Not all Soviet style architecture, y’know. We’re in Asia, remember. 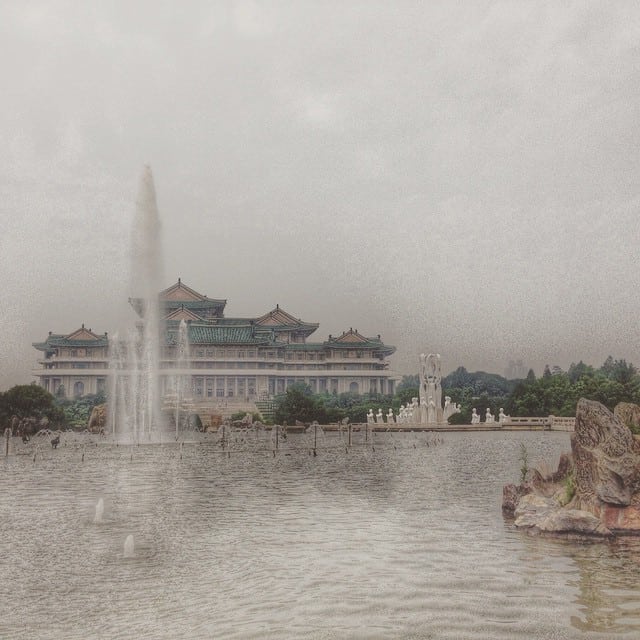 5. Instructional DVDs for sale. Back in my civil servant days, I worked with security and safety policy; delighted to see the focus on traffic safety education for children here. 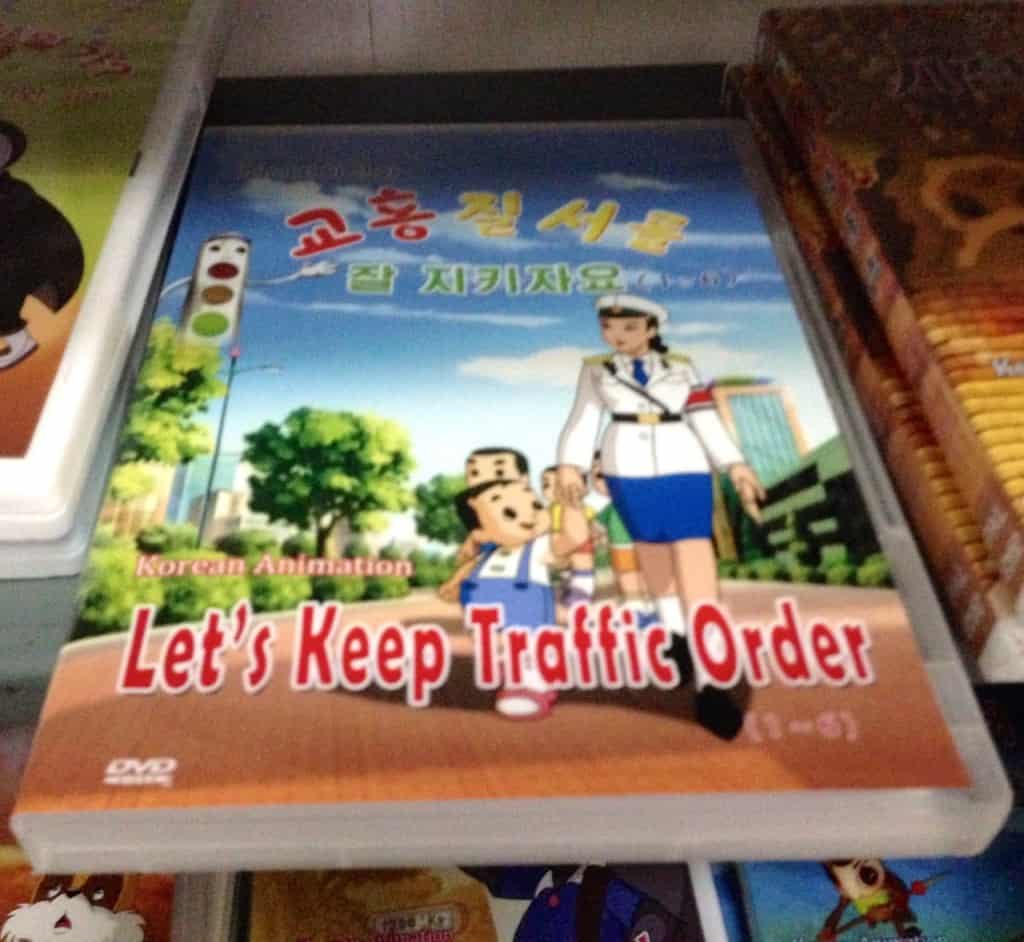 6. I rather liked the grainy look of this photo from one of Pyongyang resplendent metro stations. At the platform, the day’s papers are displayed for everyone to peruse. I bought a copy of The Pyongyang Times; these were a few of the headlines in the English language paper that day:

and, I can’t resist this one from the back page:

I wonder if the Korean version has the same stories. 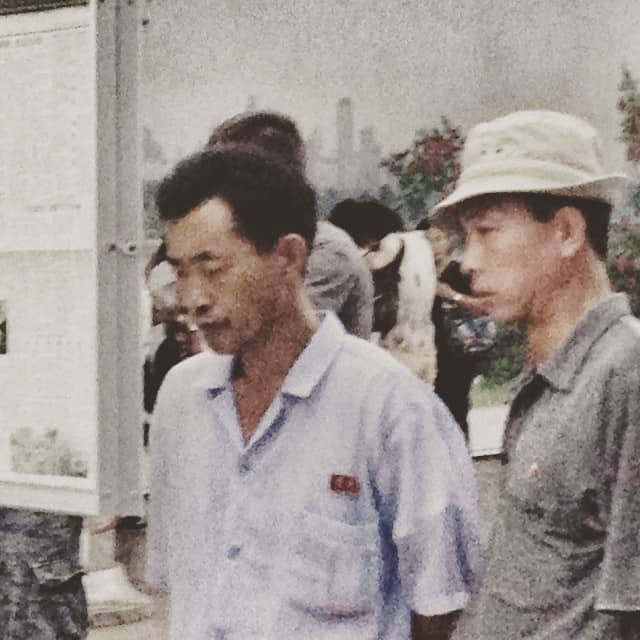 7. At Mansudae (Mansu Hill): children on their way to pay their respects to the departed Great Leader and the Dear Leader – Kim Il Sung and Kim Jung-Il, respectively. 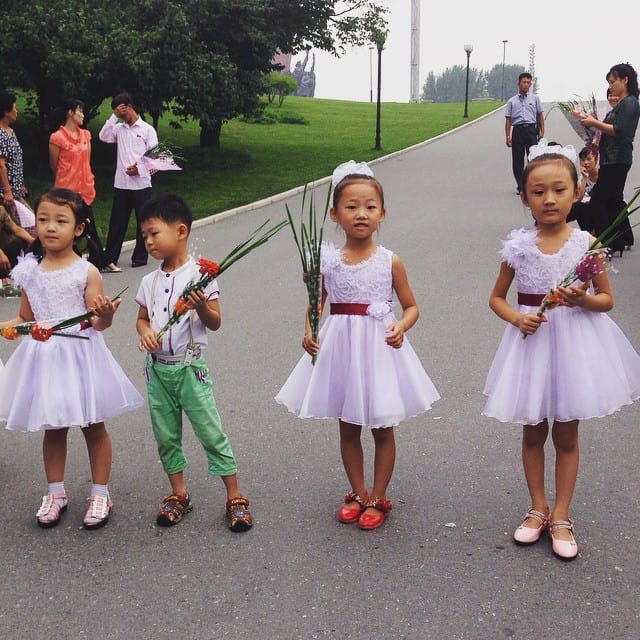 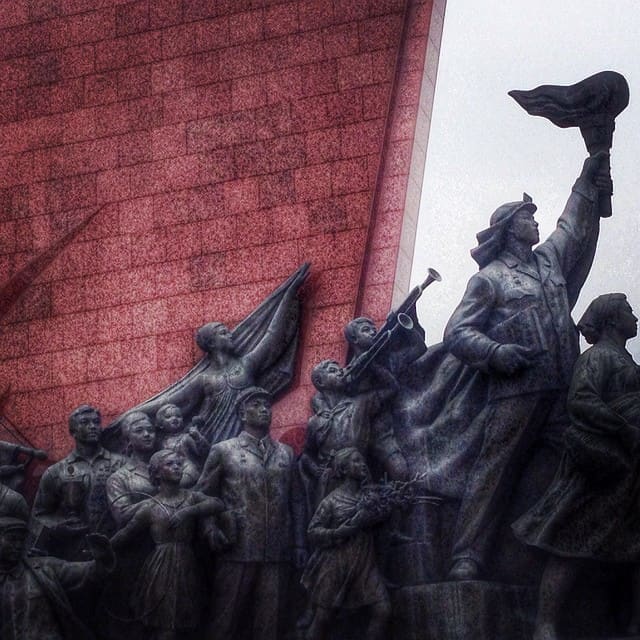 9. Does this arch look familiar? Pyongyang’s Arch of Triumph is about 10 metres taller than its Paris counterpart. It commemorates Kim il-Sung’s 20 years of revolutionary struggle against Japan. 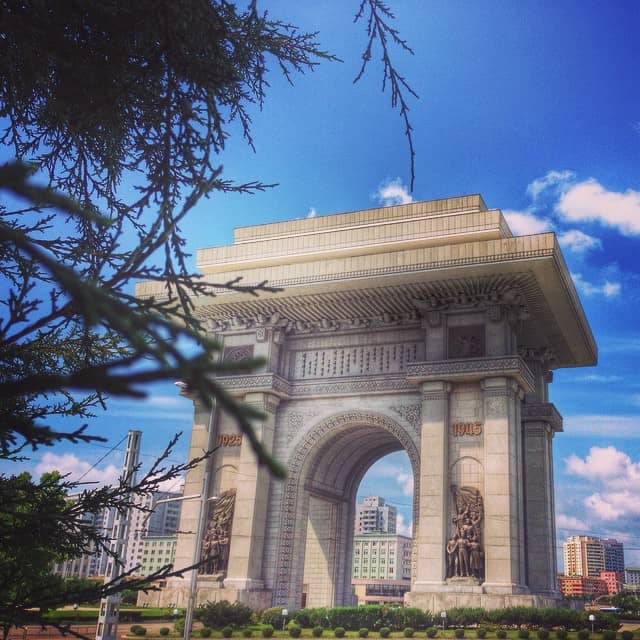 10. A collage (mine) of inspirational posters: 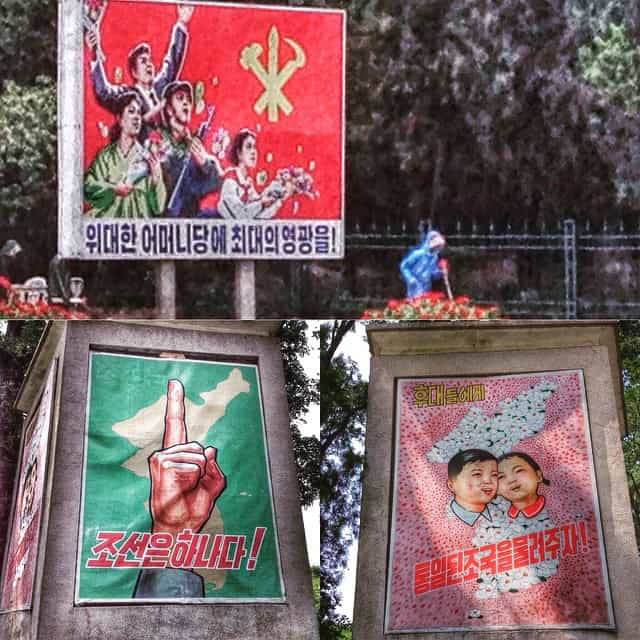 11 and 12. The brand new terminal 2 of Pyongyang Sunan International Airport opened this July.This is a passport stamp I would have liked to keep. And if your country has a North Korean embassy (if you’re Swedish or British or German, for example), you’ll get a proper stamp in your passport. No embassy in my country, unfortunately, so I got my visa in a third country (China), which meant I was required to return the visa/tourist card on departure. 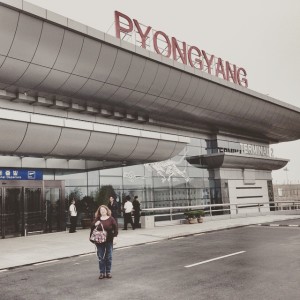 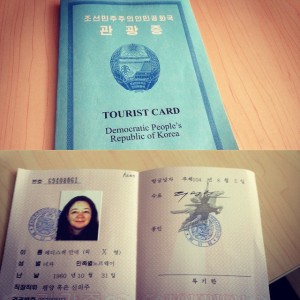 More words – and better photos – as soon as I get my thoughts sorted.