Hans Christian Andersen, famous author of artistic fairy tales – including The Little Mermaid, The Ugly Duckling, Thumbelina, The Tin Soldier and heaps more – was born in Odense on the little island of Funen (Fyn in Danish).

Odense is Denmark’s third largest city, and named after the chief Norse god Odin (often called Wotan in English) – delightfully pagan, isn’t it! In fact, Odense is delightful in many ways and one of our favourite Danish cities. 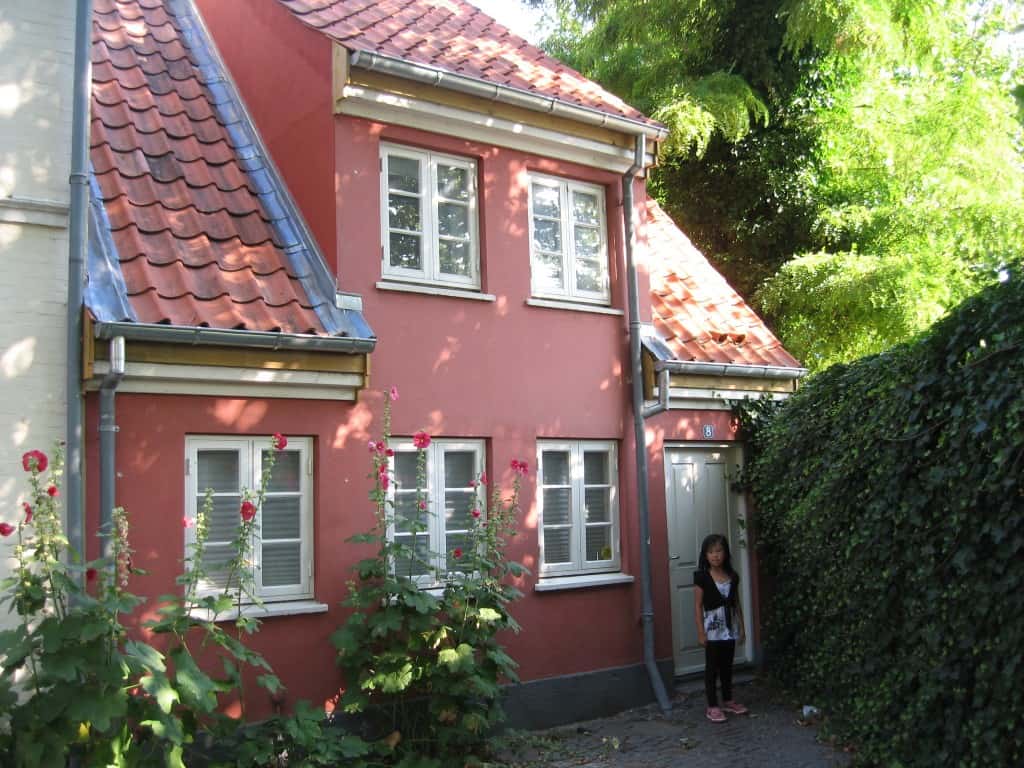 Odense cottage – and it’s not even in the Old Town

Lovely colourful little cottages, narrow, charming streets, cute shops, very child-friendly, and all in a 1000-year-old town made for lazy, curious strolls… what’s not to love! 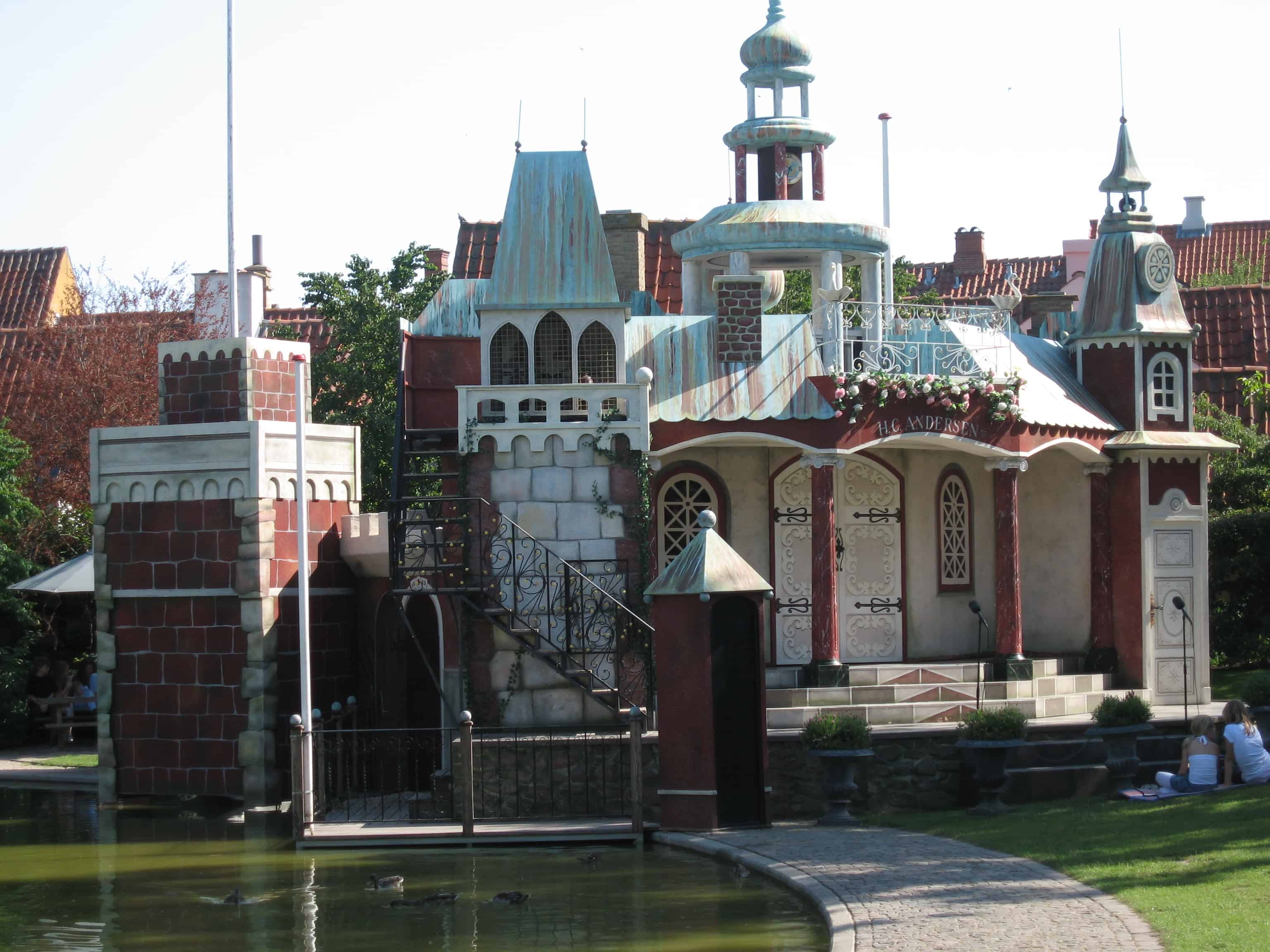 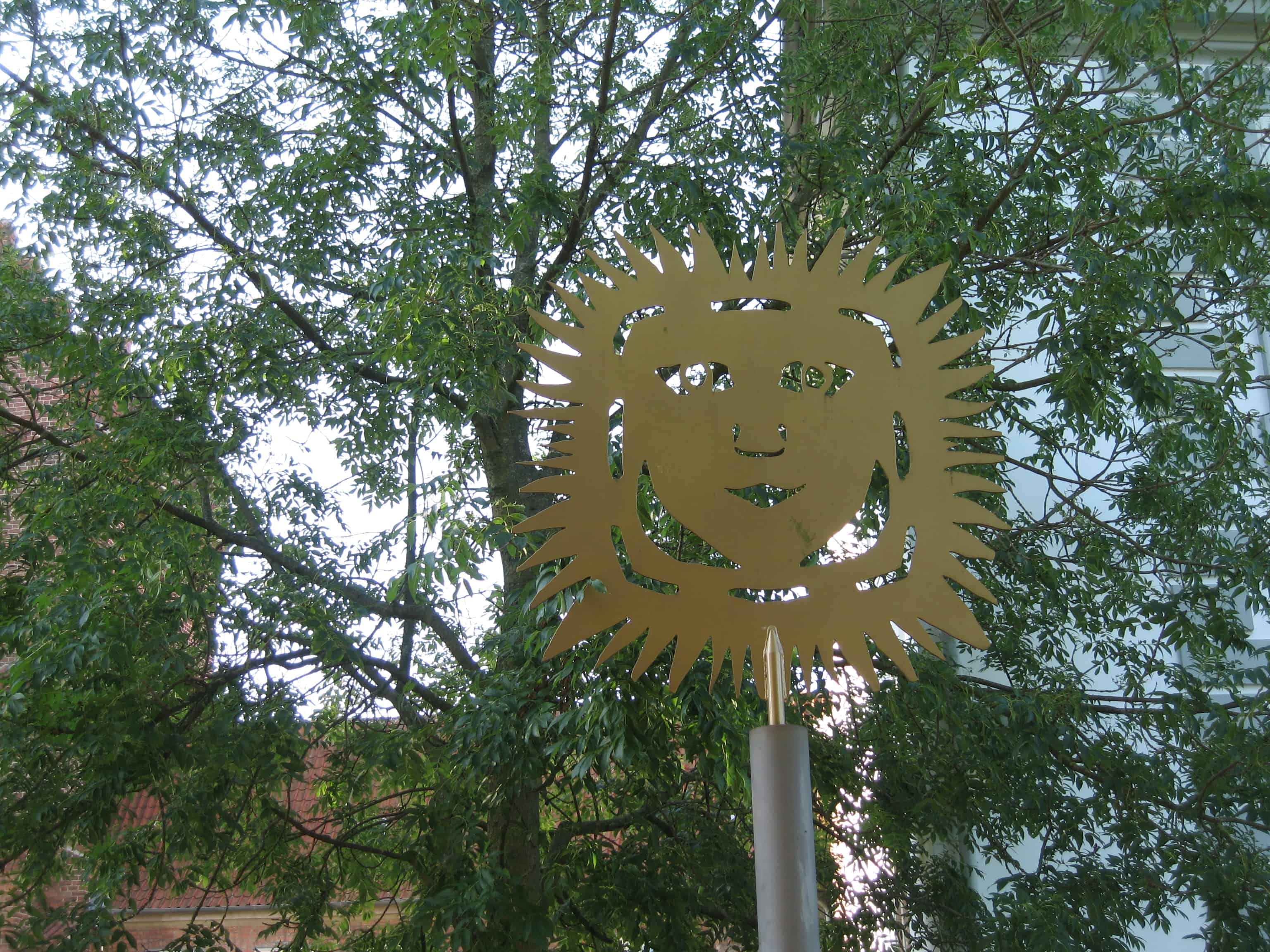 Odense is proud of their famous son. Back in the day, that was a bit more problematic for he-himself. The Hans Christian Andersen Museum is located in his childhood home (although, he never confirmed it was his home).

Through his windows we look out on the cobbled streets of Odense’s Old Quarter. It’s as if lifted from a fairy tale itself: low timber houses in bright colours, beautifully preserved, most in daily use as residences or shops. 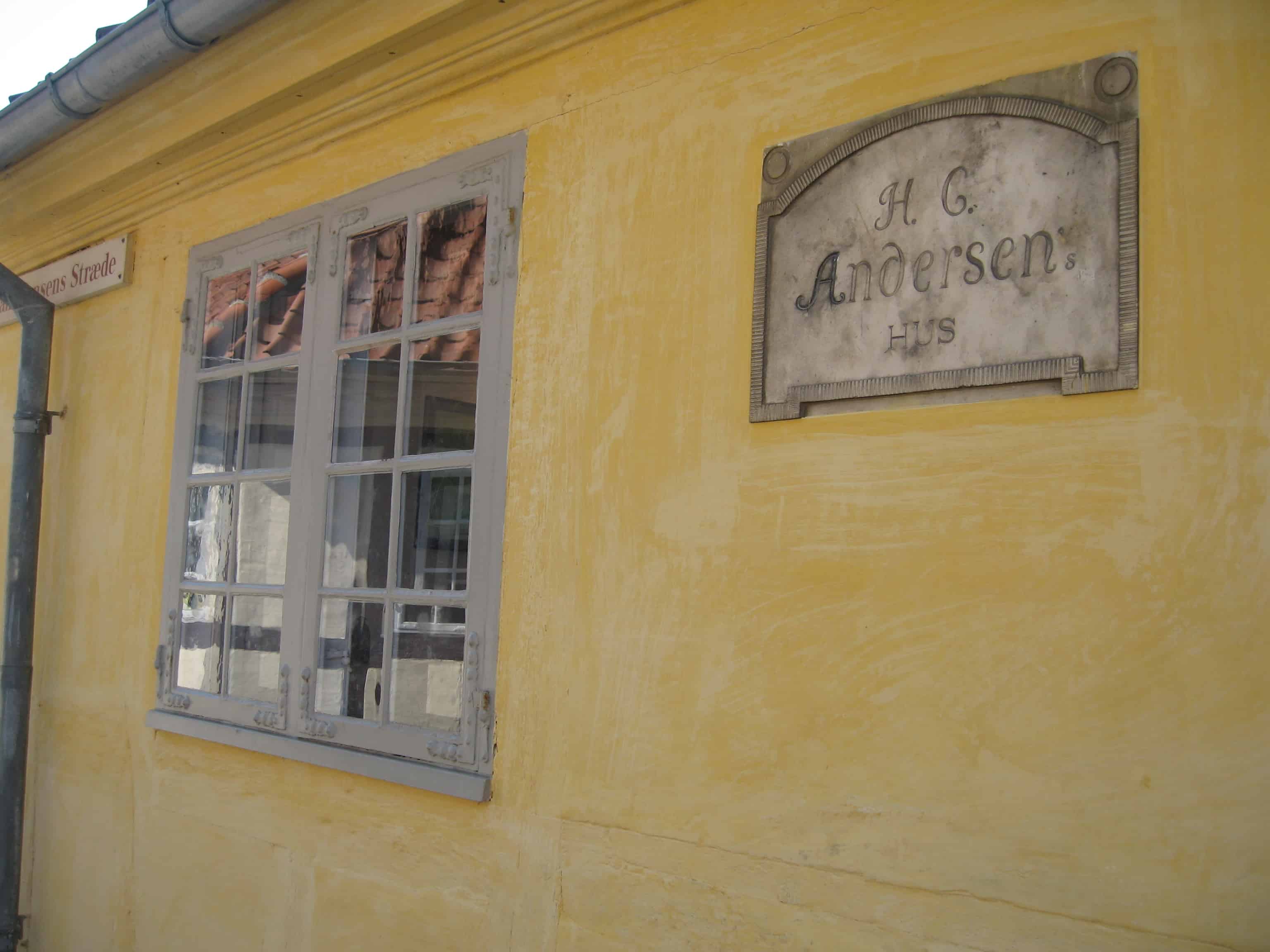 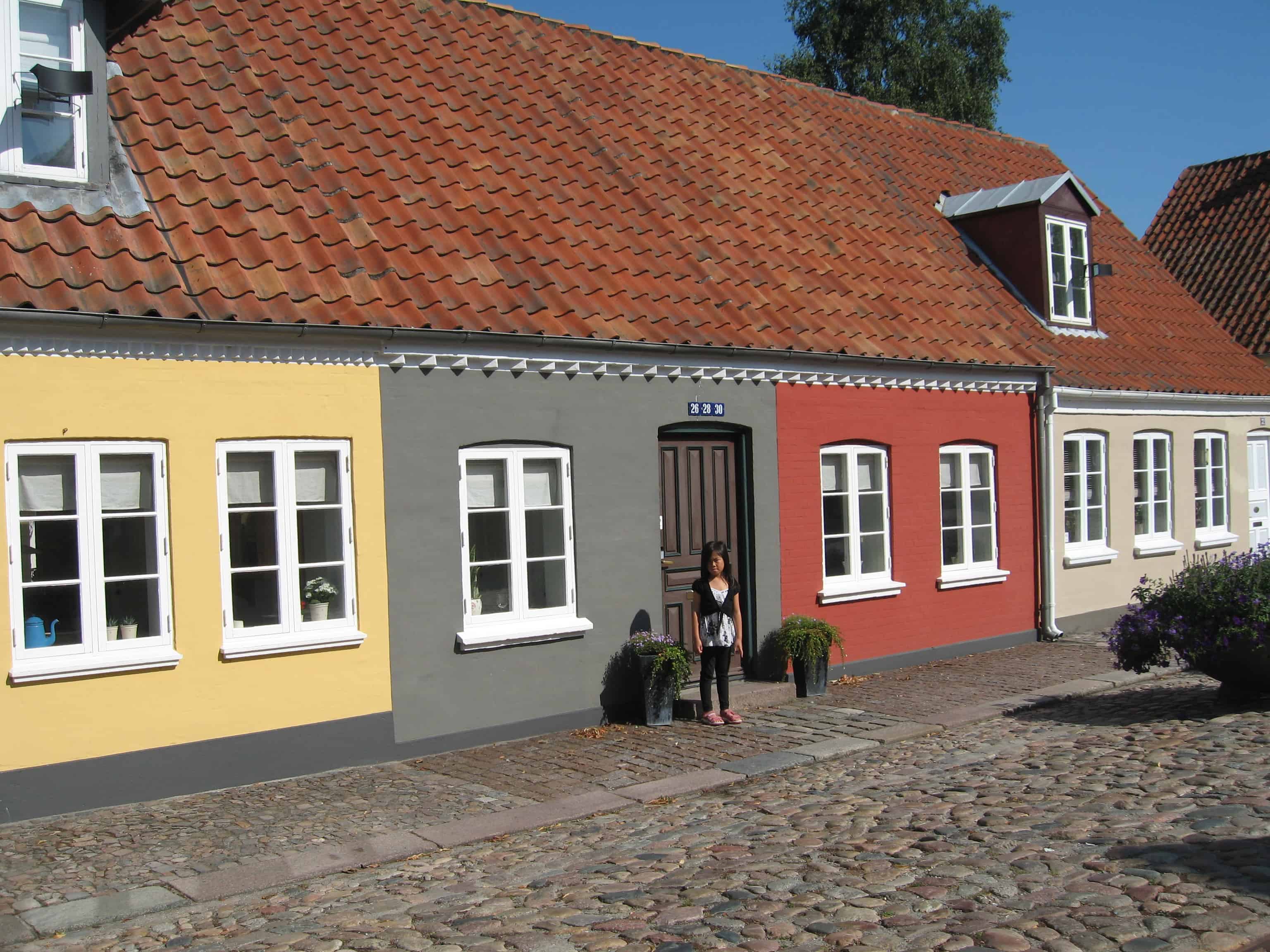