Legoland, the original one (Day out Aarhus) 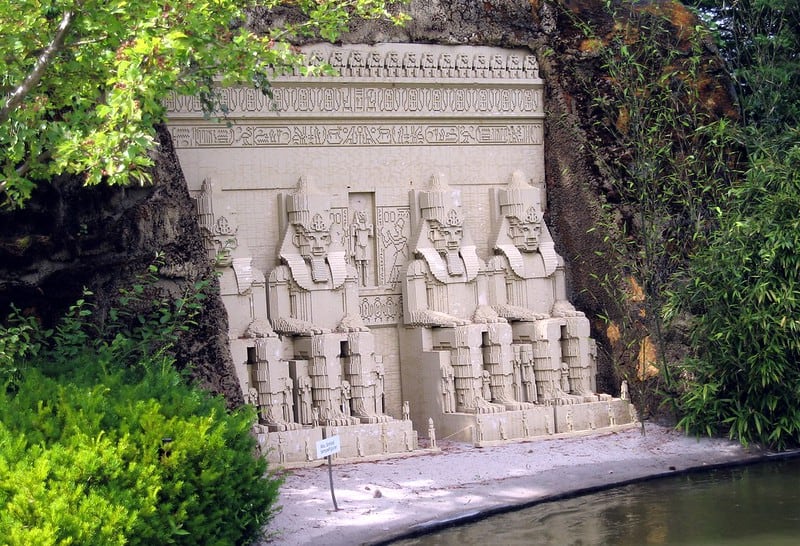 A few years ago, we finally visited Billund.

Billund, you say? And where might that be? Billund, dear reader, is a tiny Danish town, so tiny you can walk everywhere, to the airport even. Billund also seems to live and breathe Lego. Well, almost. There’s a little more to this place than Lego: a small town centre with a few shops, a bakery or two, some creative outdoor art, and fountains popping up from the ground at random. Cat loved dodging them. 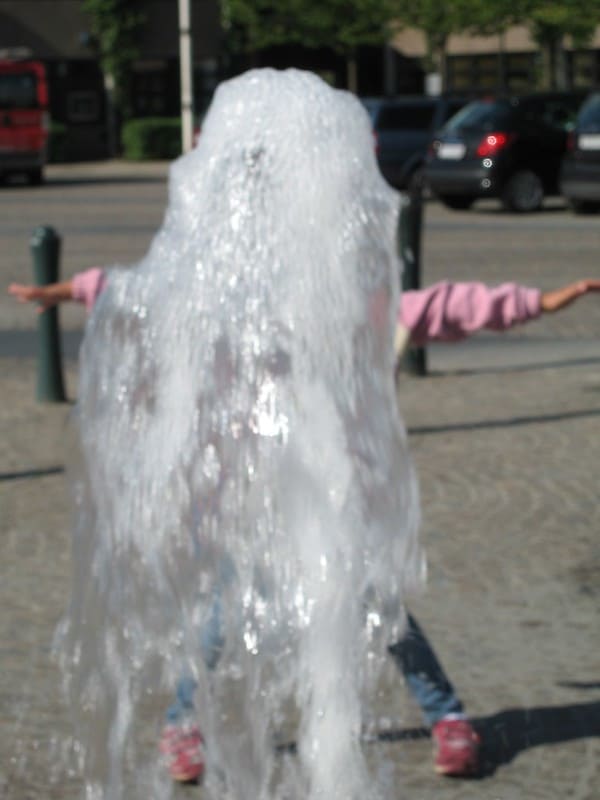 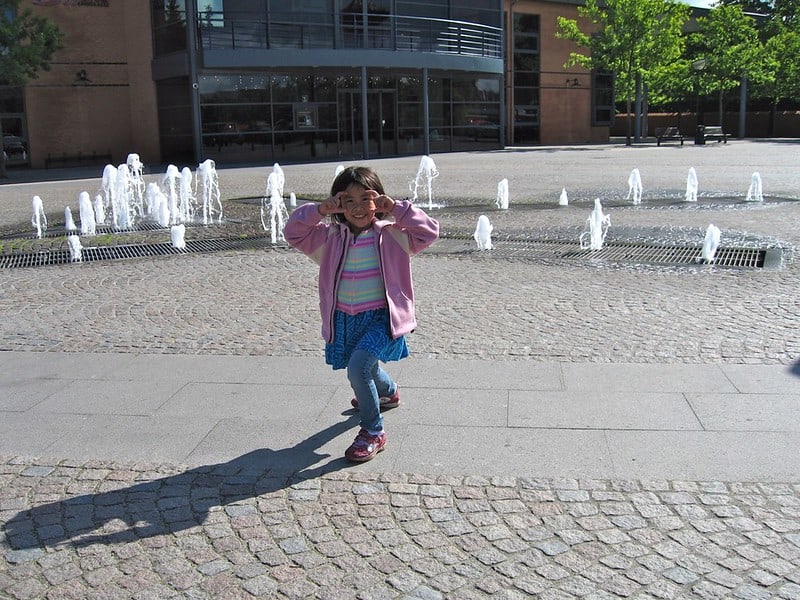 Billund, home of Lego – and Legoland

But, as just about everyone else, we were in this tiny Jutland town for one reason: Lego. Billund is home of that most brilliant of toys. This is where it all began. The Lego company headquarters are here, as well as the original Legoland – everyone’s childhood fantasy, at least for us in the pre-Nintendo generation.

Entrance fee to this large park is 254 DKK (about 32 EUR – 2013 prices), and there are plenty further opportunities to empty your wallet inside, as shops seem to outnumber attractions and exhibits. But the exhibits are impressive; and impressively huge.

There are larger than life Lego people and Lego wildlife (I’m reminded of nearby Givskud Lion Park). 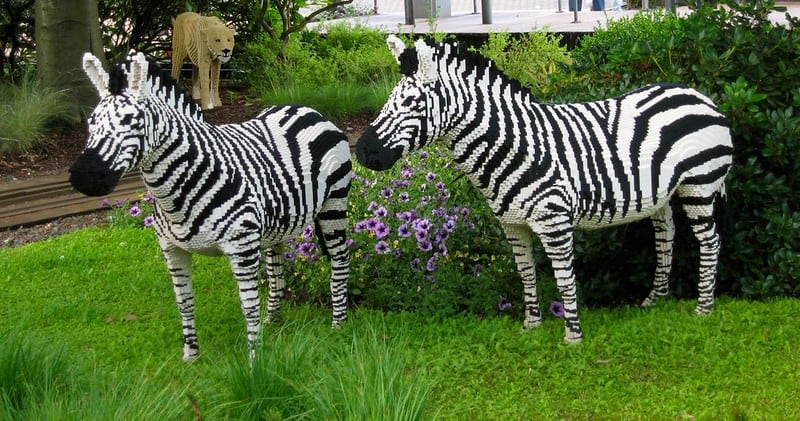 There’s Lego Abu Simbel, Lego Mount Rushmore, a fierce fire-breathing Lego dragon, a Lego airport, a port and locks (that works), a space centre, a mine with lifesize Lego miners, and various world cities. The UNESCO-listed Hansa houses of Bryggen wharf in Bergen are here, as are the gabled houses and canals of Amsterdam. An entire Lego world! 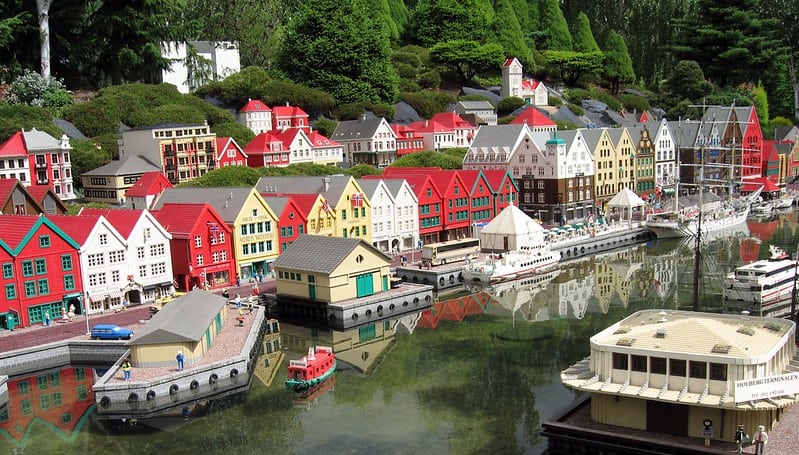 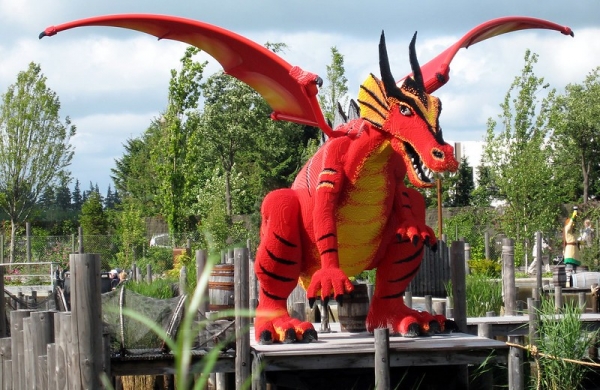 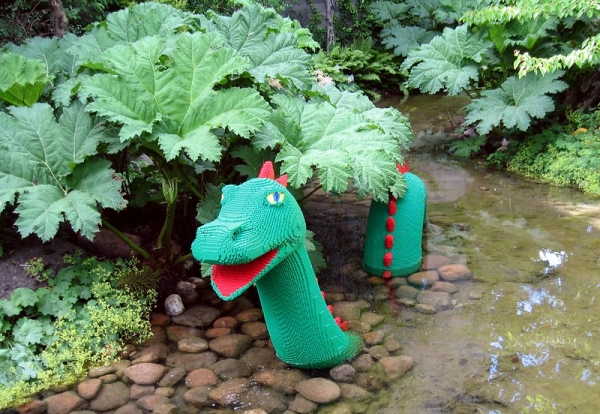 Children from 7 – 13 can get their driving licence at the traffic school, and beware, they’re quite strict about the age limit here. After a short driving lesson where the kids learn basic rules of traffic and the most common road signs, they have 30 minutes to drive along city streets, stopping for red lights, go the right way on one-way-streets, filling up the car at the Statoil petrol station, go through the car wash and most importantly, not crash into one another.

Cat was 7 at the time (well… near enough to 7 that I thought 7 sounded right). She did splendidly and became the proud owner of a driving licence. It looked very real, too – with the Norwegian flag inside the EU stars! Trouble is, Norway isn’t a member of the EU. Only in Legoland can you get a Norwegian EU driving licence. 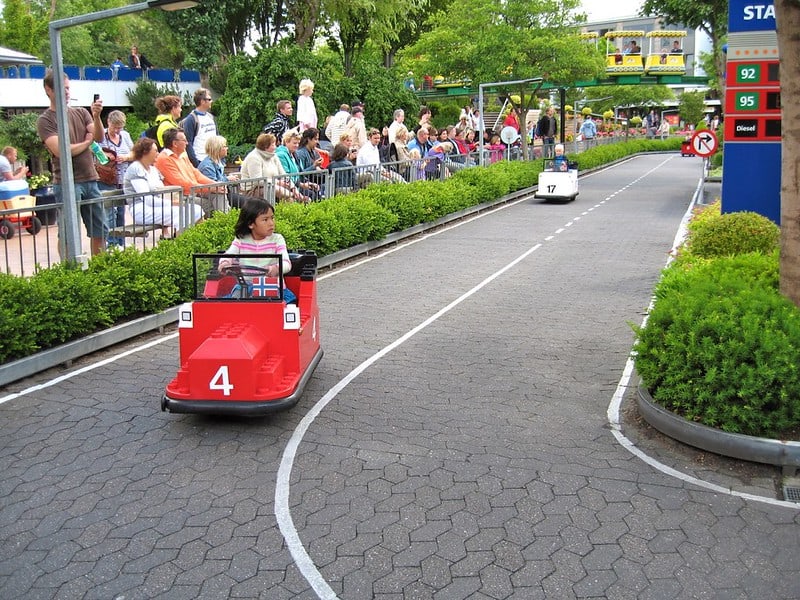 Taking the driving test at Legoland

From the Legotop, a rotation panoramalift, you can see all of Legoland and all of Billund, including both Legoland airport and the real Billund airport right behind. A bit surreal, that. 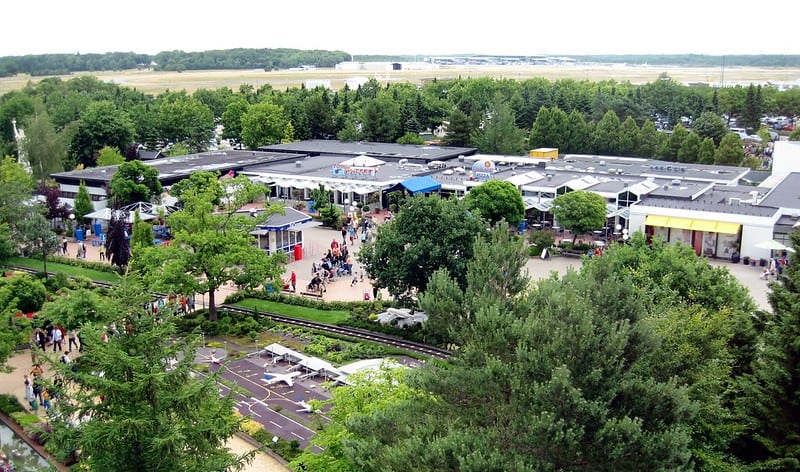 The aquarium is good, too; passing through glass tunnels surrounded by tropical fish and sharks (not Lego ones). It’s also possible to reach into water basins to touch the sea creatures without damaging them. For lunch, I can recommend fish and chips at the Legoland Hotel. The chips, of course, are shaped like Lego. 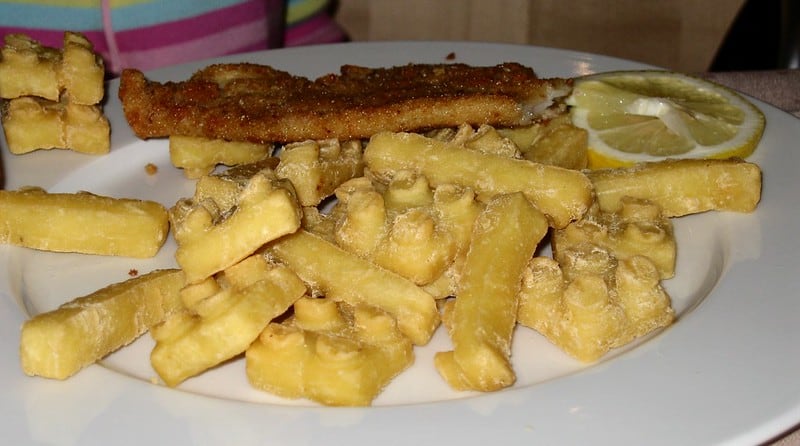 Is there a branch of this creative Danish park in your part of the world?