If you love winter and snow, Oslo might just be your dream destination. The snow-covered pine forests with hundreds of frozen lakes and wide, white meadows are right out of a fairy-tale. City lights sparkling on the hills are reflected in the waters of the fjord. Snow brightens up the long winter nights and candles are lit everywhere; it is most beguiling. 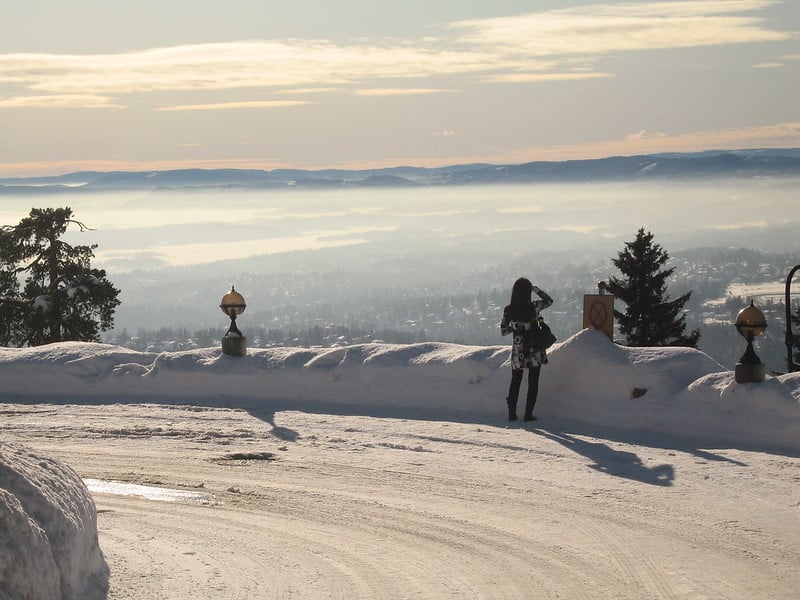 Whichever you prefer, here are 11 reasons why you should take your sweetheart to Norway this winter:

1. Dashing through the snow 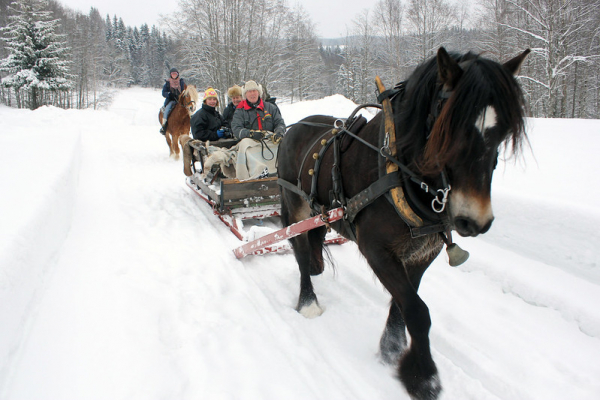 Enchanting snowy forests awaits you, less than half an hour from the city centre. Enjoy it on a horse-drawn sleigh. 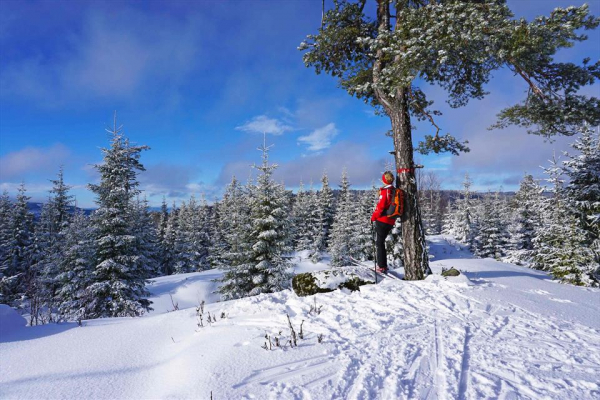 Just like a brisk walk, cross country skiing is excellent exercise, stretching every part of your body (without overexerting any). Also, gliding across the snow at night, either along one of the 100 kilometres of lit trails or by moonlight – what could be more romantic? 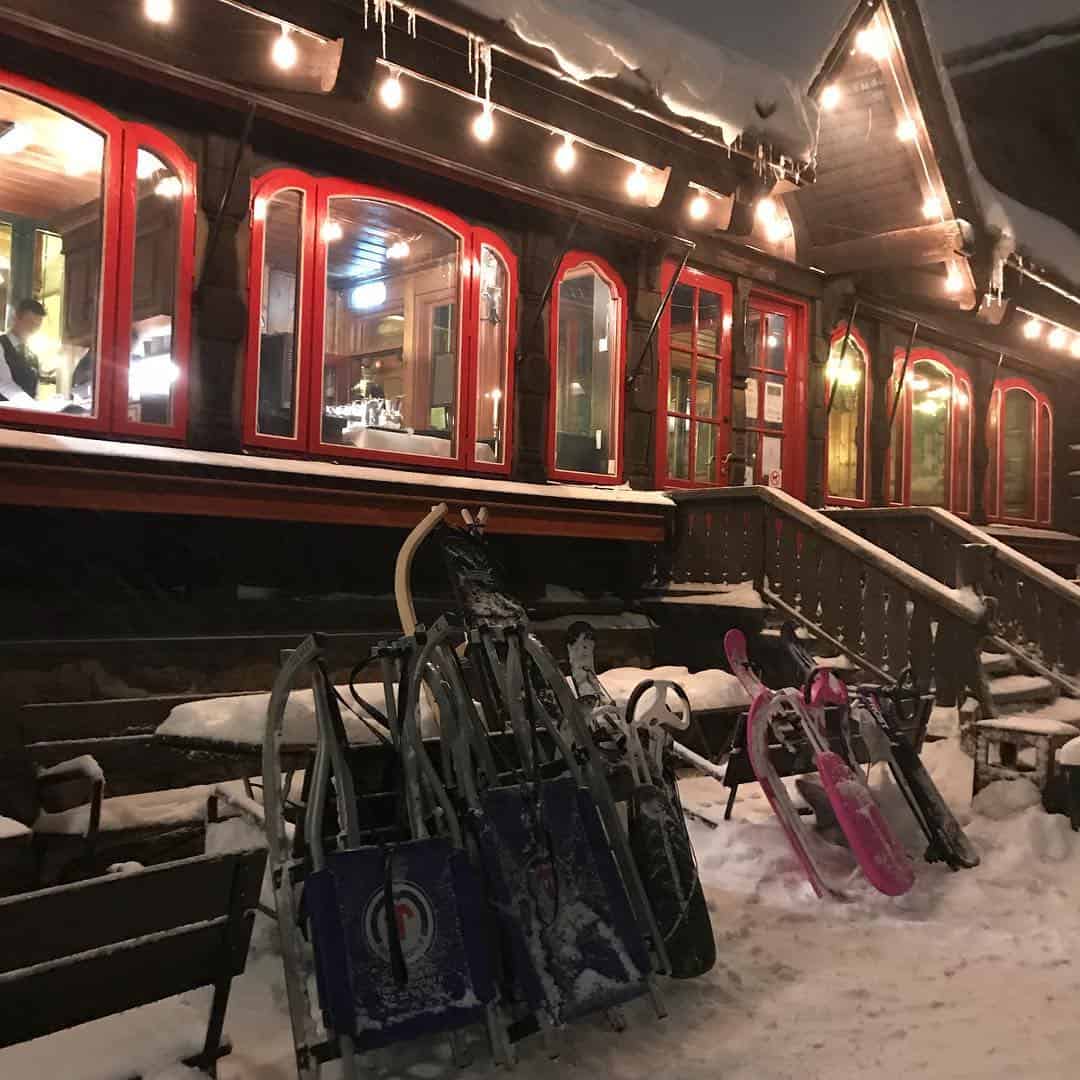 Take Holmenkollbanen metro (sit on the left-hand side for great views going up) to Frognerseteren. Just 20 minutes from the city centre, this log chalet restaurant is a local favourite, and affords panoramic city views. Stop by for coffee and waffles before or after skiing (or hiking) – or, if you’re adventurous, try reindeer for dinner. 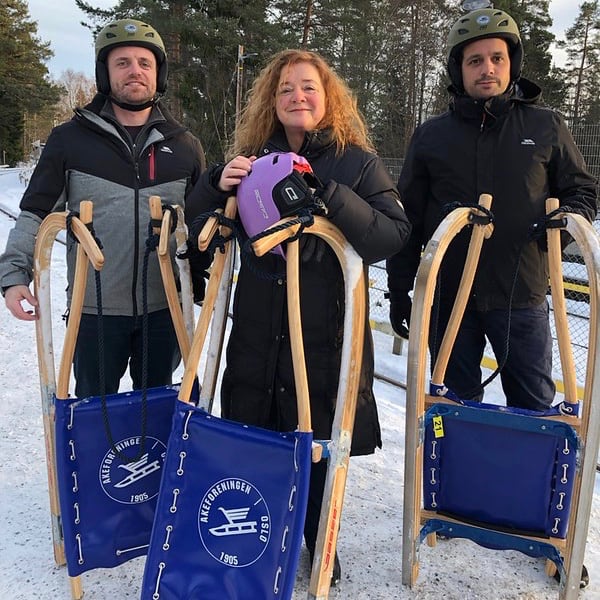 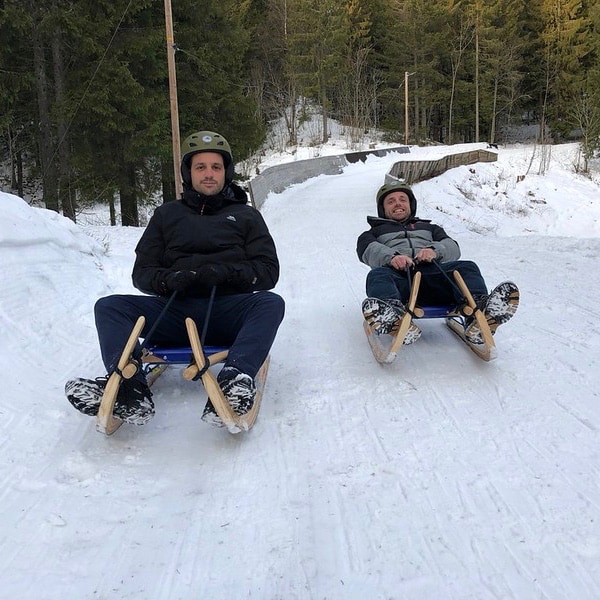 Did you notice the sledges outside Frognerseteren above? Korketrekkeren begins here. Tobogganing down the 2000 metre long cork screw hill is thrilling. At full speed, it takes 8 – 10 minutes, but take as long as you want. At the bottom of the hill, you can take your sledge on the metro and go back up for another run. And another. And another. 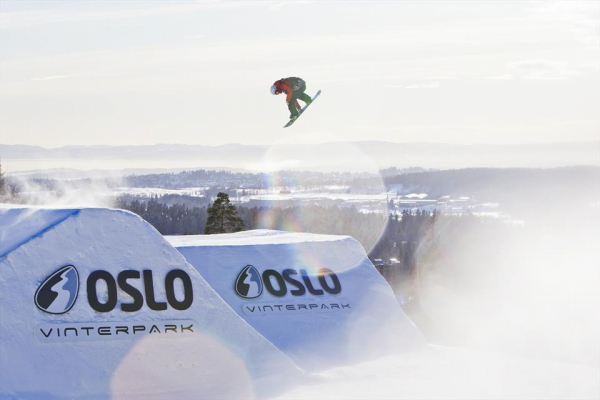 Want to try downhill skiing or snowboarding? Or how about Telemark skiing, the original downhill? Or a cool half-pipe? Just a bit further up in the forest is Skimore Oslo, with 18 slopes and 11 lifts, half an hour by metro from the city centre.

6. Skating in the middle of the city 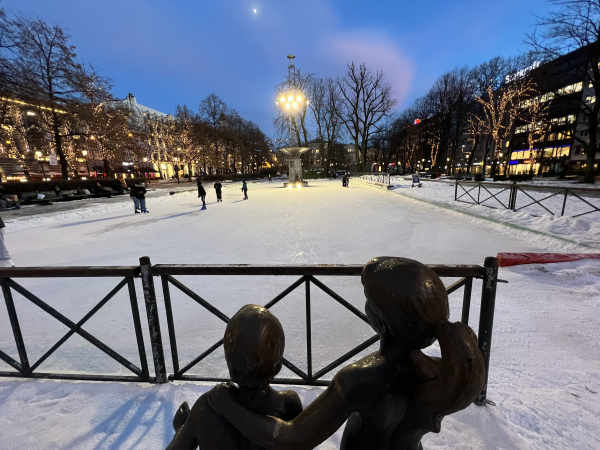 Quiet on a Tuesday afternoon

Back downtown, between Parliament and the National Theatre, is Spikersuppa outdoor skating rink, where you can ice-dance the night away. 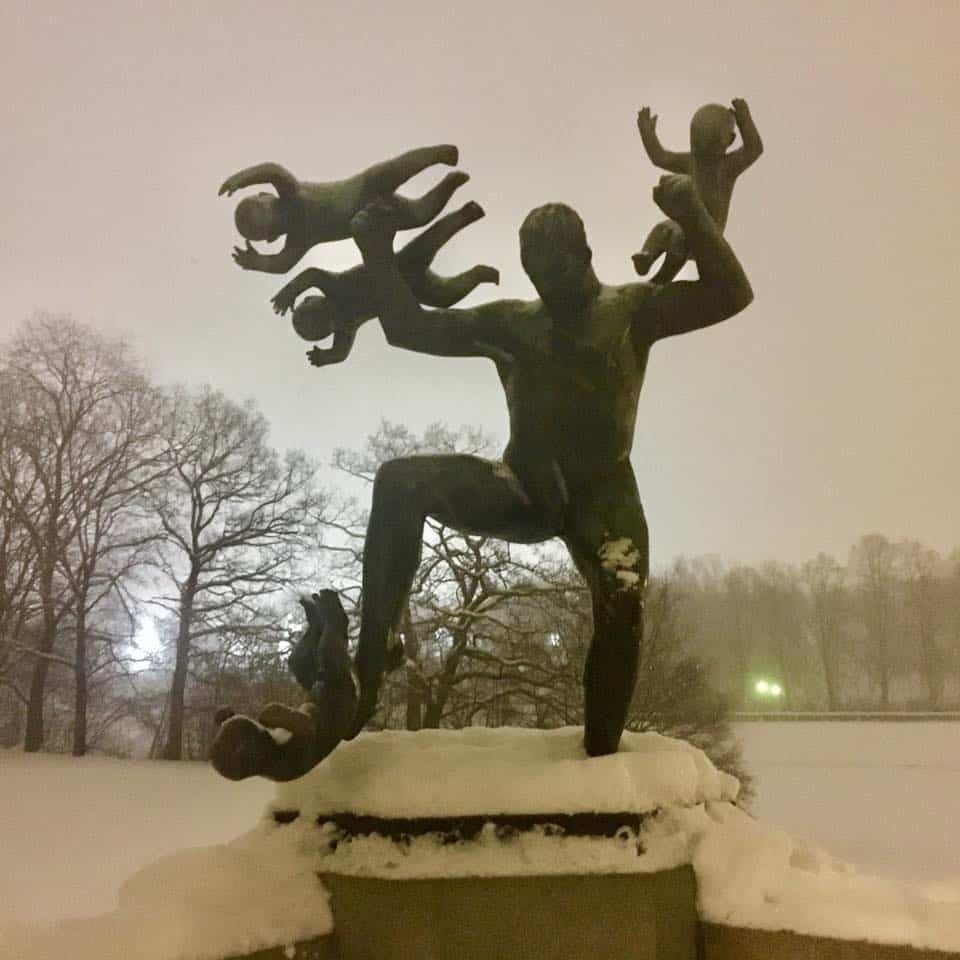 Aren’t you glad you left the kids at home?

Less strenuous than skiing, skating and tobogganing – but no less romantic – is a stroll through Frogner Park with its 212 lifesize nudes, sculpted by Gustav Vigeland. You’ll walk amongst fountains and snow-covered statues portraying all phases of life. Sit on the Monolith plateau and study the most famous statue in the park close up: the tall Monolith comprising 121 sculptures, all clambering for heaven. Possibly. 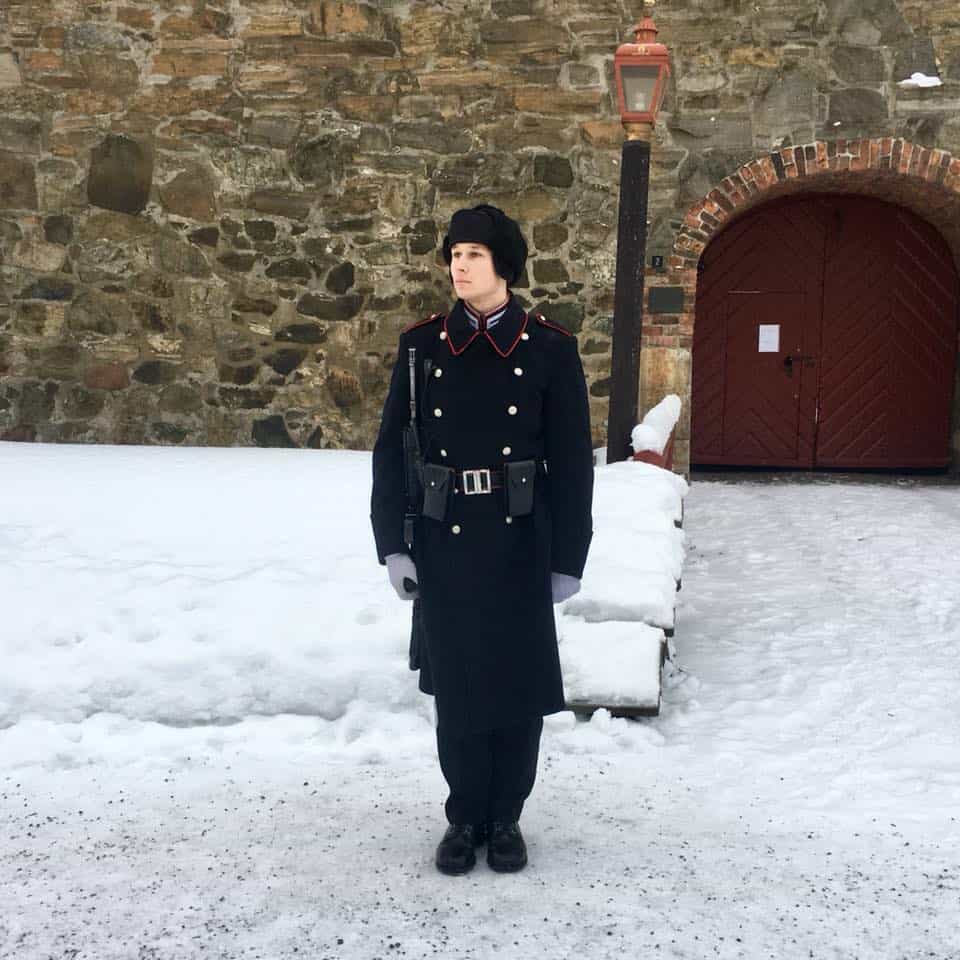 A walk along the 13th century Akershus Fortress affords great views of Oslo harbour. Five minutes down the hill is the renovated ship yard Aker Brygge and Tjuvholmen, with exclusive boutiques, great restaurants and fun pubs. On the way down the hill, stop at City Hall and have a look inside; every 10th December, the main hall is venue for the Nobel Peace Prize Awards Ceremony. Just across the street is Nobel Peace Centre.

9. See the city from the fjord 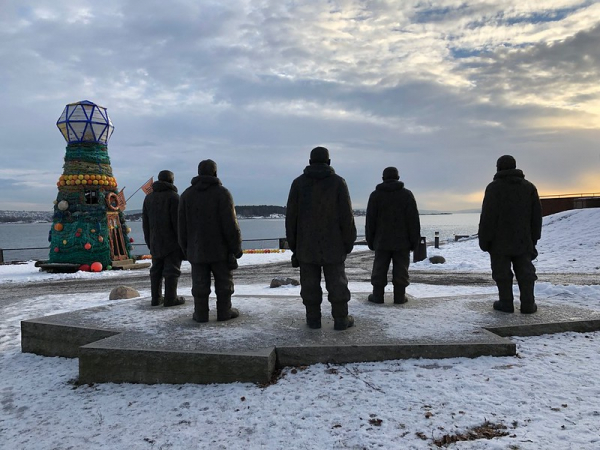 Oslo was founded 1000 years ago; no city scape back then, but the hills, meadows and mountains surrounding the city were much the same. Norway has been a sea-faring nation ever since. If you’re in town around Christmas, take a mini cruise in the old wooden sail boat that plies the fjord. Enjoy hot, steamy gløgg (Glühwein) while sailing past the Bygdøy museums, Akershus Fortress and Oslo Opera House. Imagine you’re a Viking, returning home from explorations and exploits overseas.

Interested in maritime history? Disembark at Bygdøy to see the Polar ship Fram (used by Amundsen for the race to be first at the South Pole) or Thor Heyerdahl’s Kon-Tiki raft and the papyrus boat Ra, both used to cross the world’s oceans. 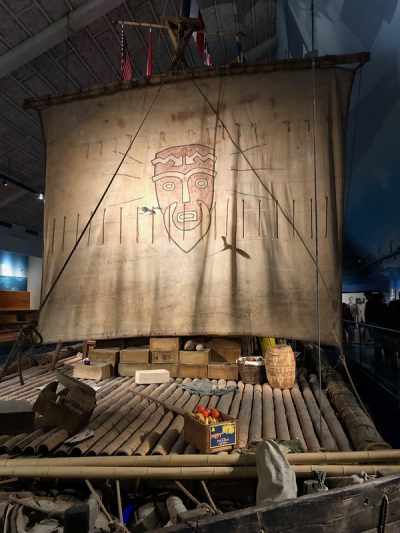 Normally, you can also see well-preserved Viking ships at Bygdøy – but the Viking Ship museum just closed for massive renovations, and will open again in 2025/2026 as a Viking Era museum. In the meantime, you can see the Viking artefacts at the Historical Museum in the city centre, just down the hill from the Royal Palace.

10. The Royal Palace and Park 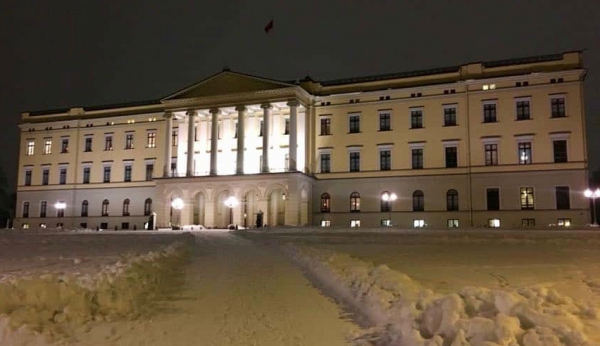 While you’re in the neighbourhood, have a look at the Royal Palace and Palace Park. See the red flag? That means the king is in. You can see the changing of the guards, and perhaps get a mischievous selfie with them. Walk right up to the palace walls, like the children’s parade do every 17 May (Constitution Day), waving up to the palace balcony, where the royal family waves back. For hours on end. 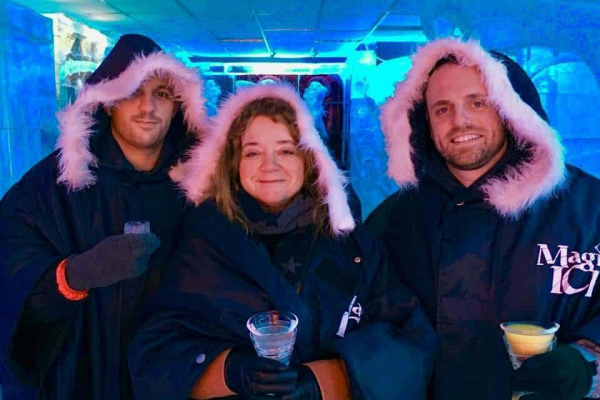 Put on warm ponchos and sit down in a bar made of ice, on a bench made of ice, while enjoying an ice cold drink served in a glass made of ice. You won’t want to miss the Ice Bar.

In Oslo’s newest neighbourhoods, Sørenga and BarCode, is where you’ll find the Opera House, the new Munch Museum, the new Deichmanske Library, and lots of interesting shops, cafes and restaurants, including Maaemo with 3-Michelin stars. 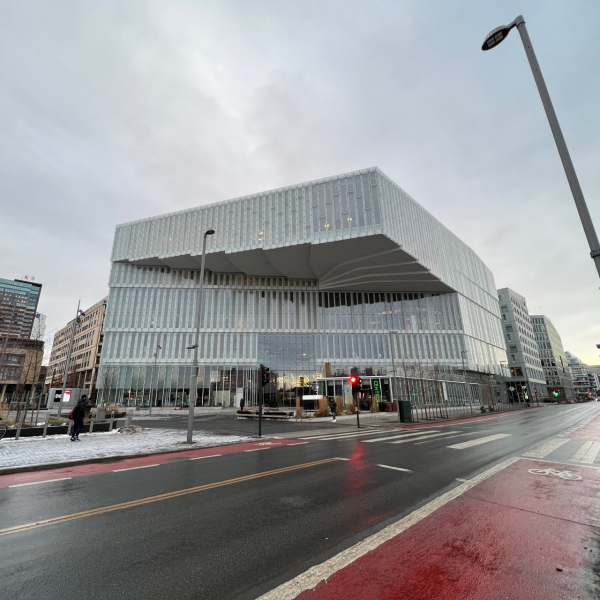 At Deichmanske Library, you can borrow more than books: there’s state-of-the-art sewing machines, a 3D-printer, and a piano you can play (with head phones). Or you could just lounge around inside the cool building. 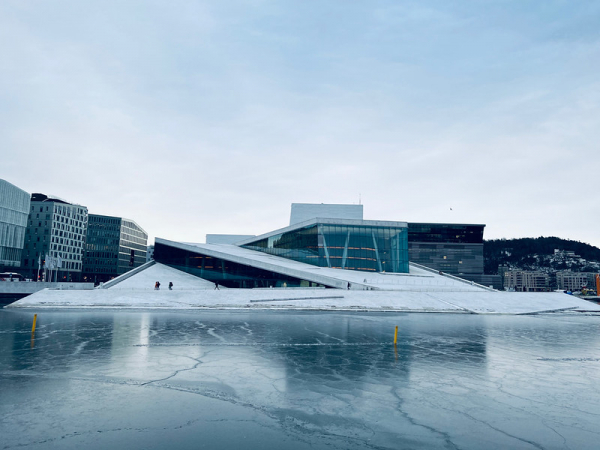 Designed by local firm Snøhetta, Oslo Opera House is a must. The National Opera and Ballet puts on superb performances all through the year. Even if you’re not too keen on operatic performances, just enjoy this fabulous building from the outside. Climb to the top of the sloping white marble roof and admire the fjord views. 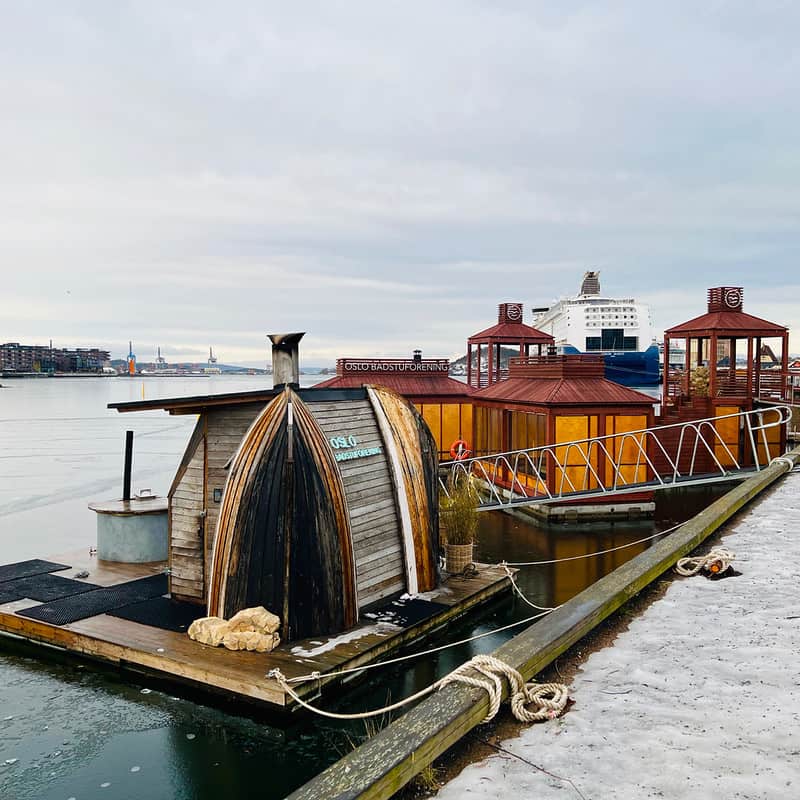 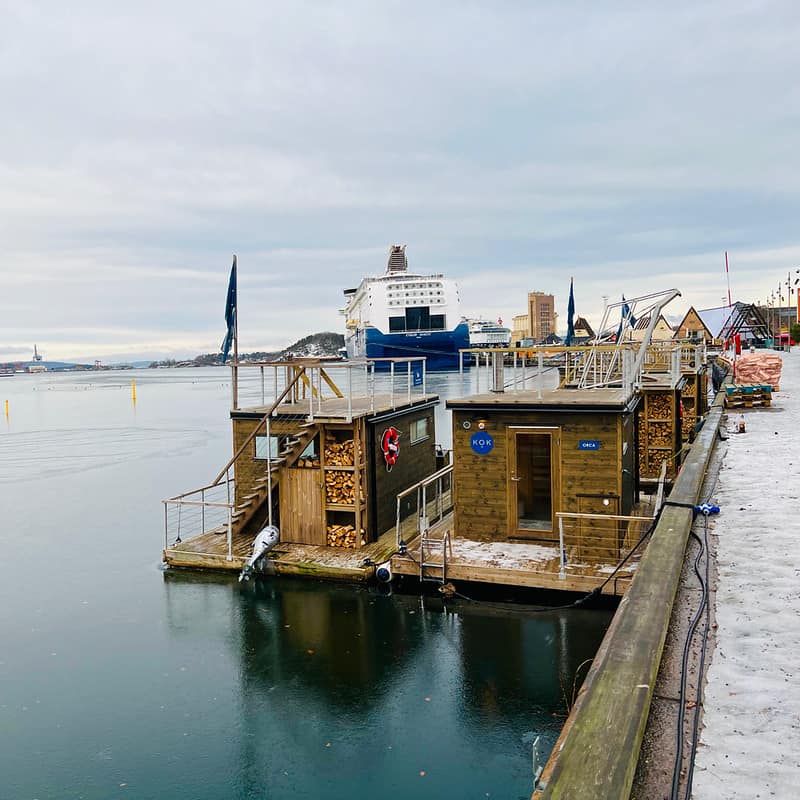 How about refreshing dip in the fjord? Saunas have popped up all over the place; some simple, some more elaborate. 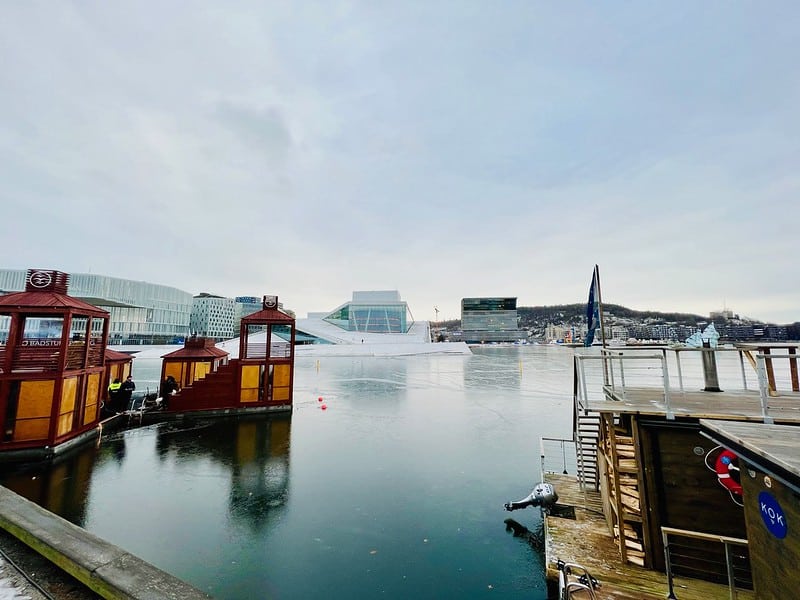 With its teepee-shaped buildings, Salt is a cultural arena, hosting concerts, plays, films, festivals, exhibitions, debates. There’s a bar, a club, a restaurant – and of course a sauna and old style hot tubs. 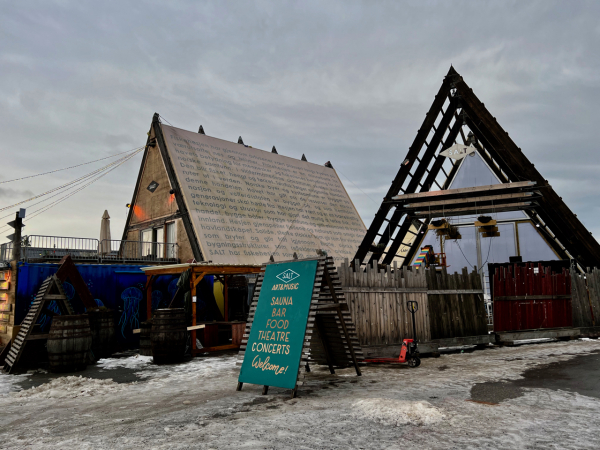 OK, so that was a few more than 11 reasons. Again. But you’ll forgive me, right? Again? 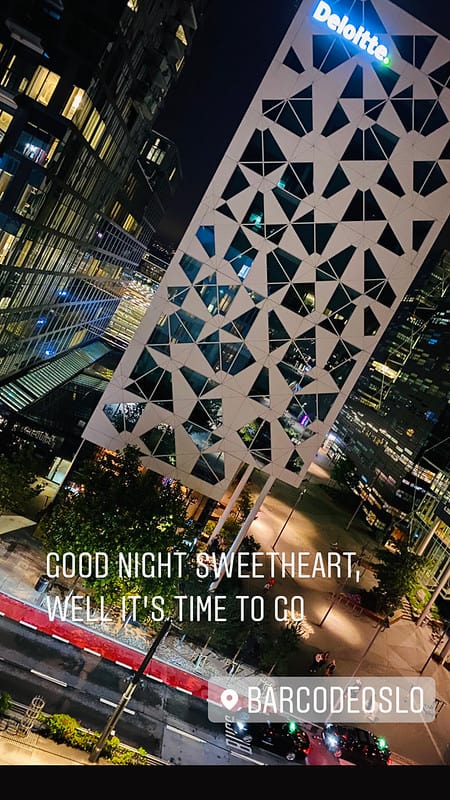 (PS In case that whole romantic thing gets awry, Dr Jekyll’s Pub has got you covered.) 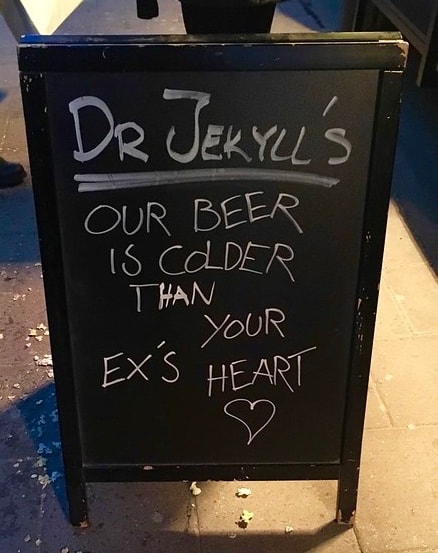 A version of this round-up was previously published in NileGuide. Oslo is expanding at rapid speed, so I’ve added a few new favourites.