Paris with kids – a quick stop

Paris isn’t part of the Channel Islands. It’s not even very near. But Paris is where our Channel Islands adventure begins. Going through Paris with kids, now that wasn’t my best idea. I should have researched options better, especially for travelling times. And prices. But last time I went to Jersey, about 20 years ago, this is how I travelled. Train from Paris through Rennes to Saint-Malo in Bretagne, then a ferry across to Jersey. It seems I had forgotten what a time-consuming option it was. Or, more likely, as a single 20-something, I didn’t care.

With children, a better option – and probably cheaper, is flying to St Helier via London. Then again, Cat, my youngest, very much wants to see the Eiffel Tower and Ali, my oldest, wants to reminisce about earlier visits when she was a (younger) child. So as Paris is on sooner or later anyway, well… this is just two trips in one! 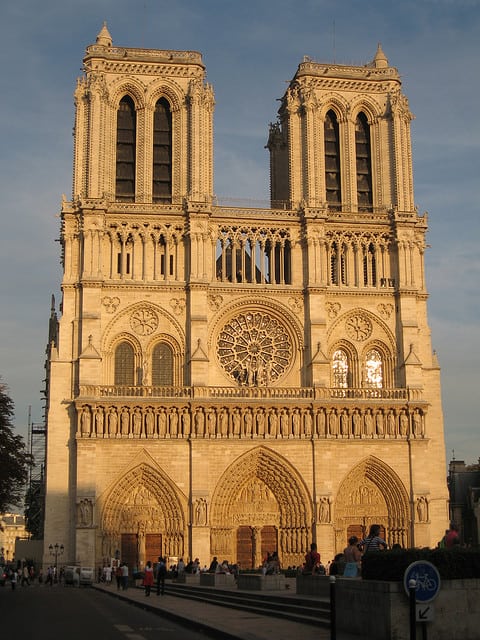 Ali reminiscing, means eating at the iconic Cafe de Flore. We have croque monsieur and citron pressé. Lovely sandwiches, to be sure. EUR 70 for three sandwiches and lemonade, well… it had better be, hadn’t it.

However, I adore Cafe de Flore: the atmosphere, the history… it’s easy to picture the scene 50 – 60 years ago, when this was the hang-out of Simone de Beauvoir, of Jean-Paul Sartre, the venue of grand philosophical discussions on existentialism and the like… I’d love to travel to Cafe de Flore of the 40s and 50s! Below is a short review I wrote for EuropeUpClose: 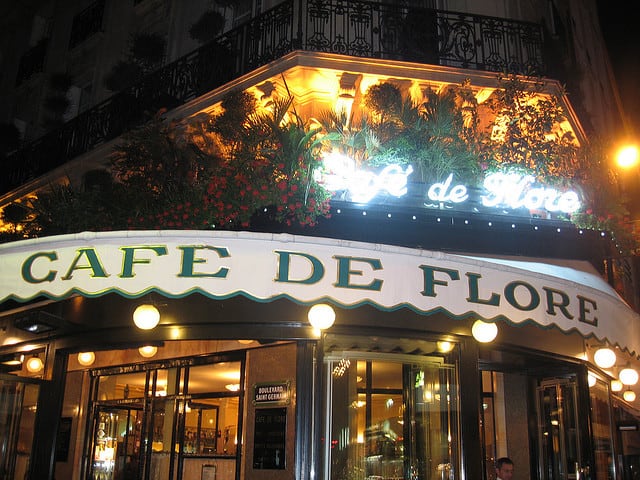 Originally from the late 1880s, Café de Flore is a Paris landmark and a favourite hangout for artists for most of the 20th century. Located on Boulevard Saint-Germain, it’s perhaps most famous for being the watering hole of the existentialists in the mid-20th century. During the German occupation, this was the second home to renown philosophers, Jean-Paul Sartre and Simone de Beauvoir. As Sartre put it: …nous étions au Flore chez nous. They breakfasted, worked, lunched, talked, dined and entertained here from morning till night.

As in most Paris bistrots, it’s perfectly fine to sit by yourself. I especially like the covered outdoor section on a rainy day, having coffee (or lovely hot grog in winter) and watching Parisians hurrying past.

While they, at times, get a bit of flak for their service, over the years I’ve experienced nothing but nice, friendly waiters; letting me sit for hours and hours with a single glass of citron pressé, reading a book. When not busy, they’ve even offered great conversation. All those decades of philosophical debate must have permeated the woodwork, it’s one of my favourite hang-outs for inspiration.

Café de Flore is an excellent place to stop for champagne after shopping in fashionable Saint-Germain-des-Prés. On a more abstemious note, my 8-year-old adores their Croque Monsieur.