Pizza night in the Italian countryside

Today is Thursday. I wish I were at La Tavola Marche, a wonderful agriturismo and cooking school in Le Marche, one of Italy’s least known regions – and, as it happens, a wonderful place to have pizza in Italy. 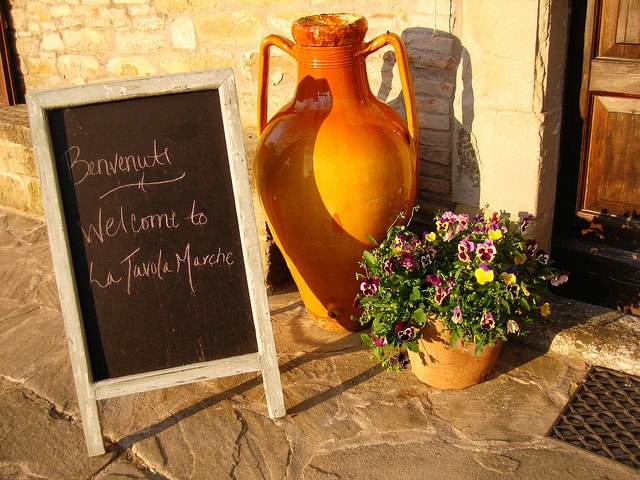 You see, every Thursday, Ashley and Jason Bartner organizes pizza night at their agriturismo. And it doesn’t hurt to have a chef in charge, a chef with years of experience working at top notch restaurants in New York and San Francisco.

Jason believes in the slow food movement, in cooking with the seasons and keeping it simple. You won’t find pizzas with everything here. Instead, each pizza has just a few ingredients, all fresh from the local meat and cheese market and from the garden. 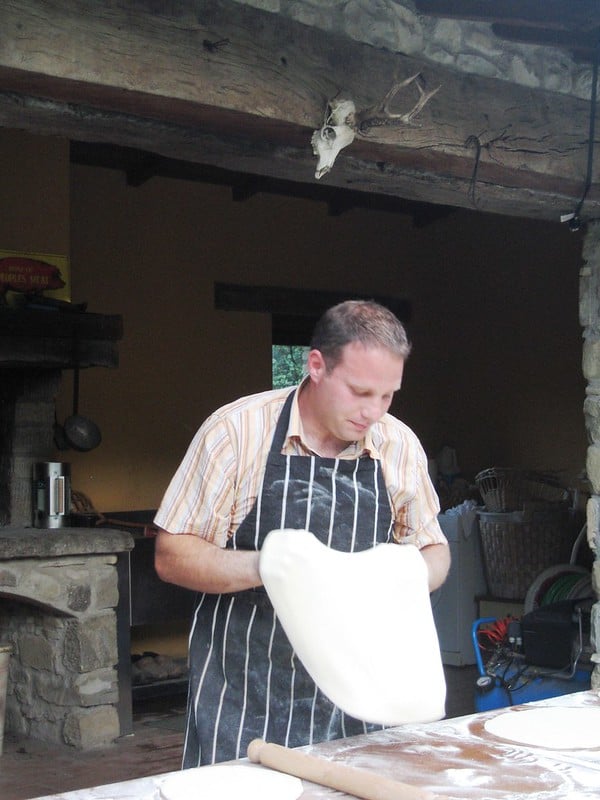 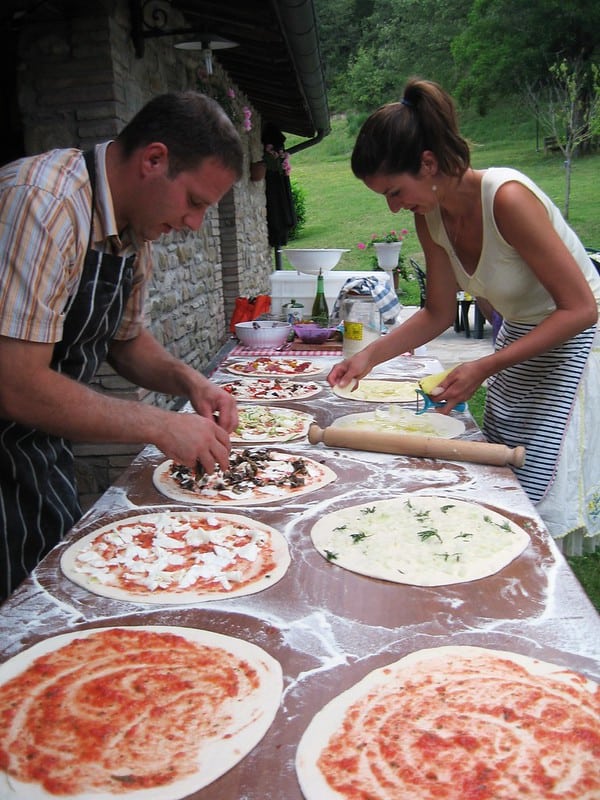 While Jason cooks the pizzas in a wood-fired oven outdoors, we sit at a large table with other guests, friends and neighbours. On a lovely June evening, we counted five nationalities around the table: Ireland, Italy, Netherlands, Norway and the USA were all represented, a miniature UN we were.

But enough about us. This is about pizza. Pizza in Italy! And wine. And dessert. Then it’s about more wine and yummy liqueurs, just to digest it all, you understand. Sadly, I don’t have any photos of cooked pizzas. Each vanishes almost as soon as it is brought to the table: roasted pepperoni, salami, melt-in-your-mouth prosciutto. 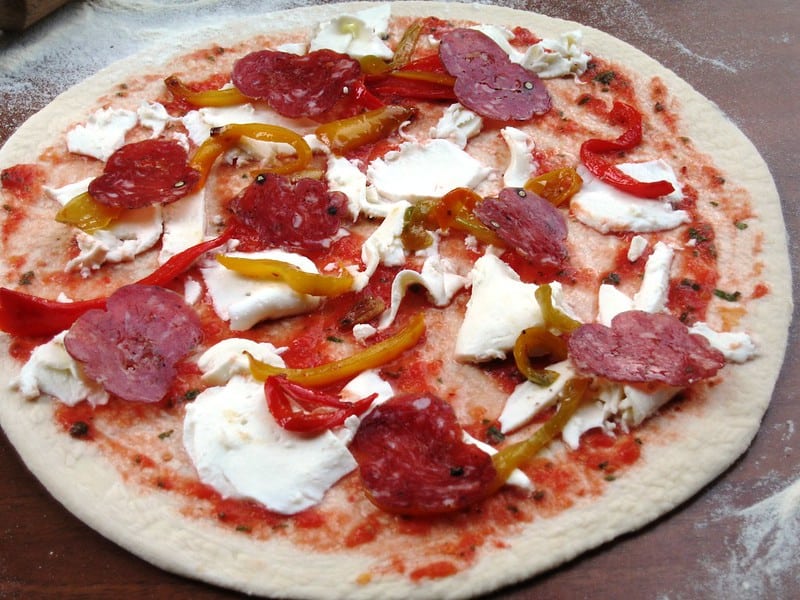 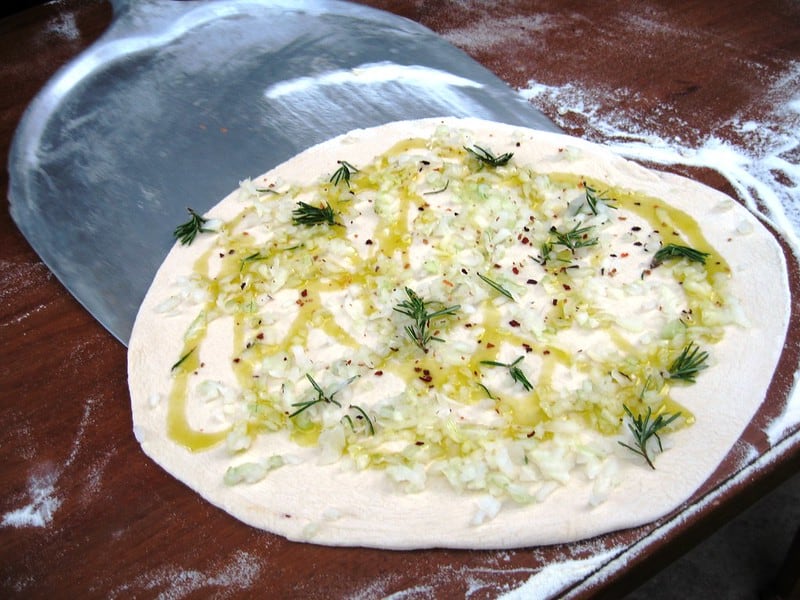 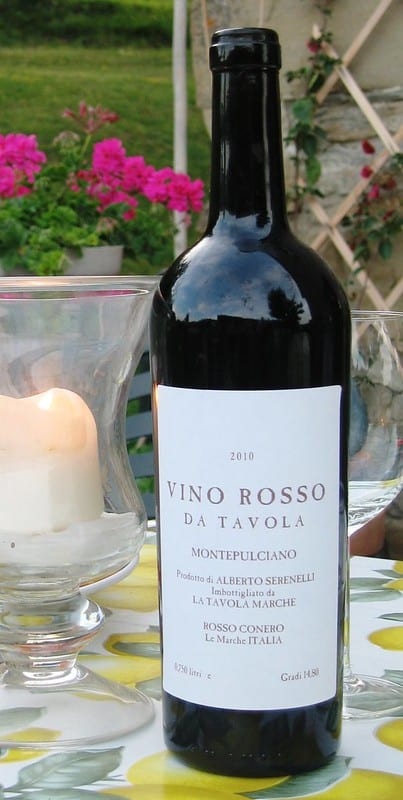 For dolce, sweet, there’s tiramisu. Normally, I don’t like tiramisu. Yet this one I ate so quickly I forgot to take a photo. Instead, dear reader, I’ll share the recipe with you. Straight from the horse’s mouth – or rather, from Jason’s magical kitchen, here’s the world’s best tiramisu.

Ashley serves home made digestivo made from nuts and berries growing around the house. My fave is nocino, walnut liqueur. Others prefer brugnolino, plum. Of course, you can never go wrong with limoncello. 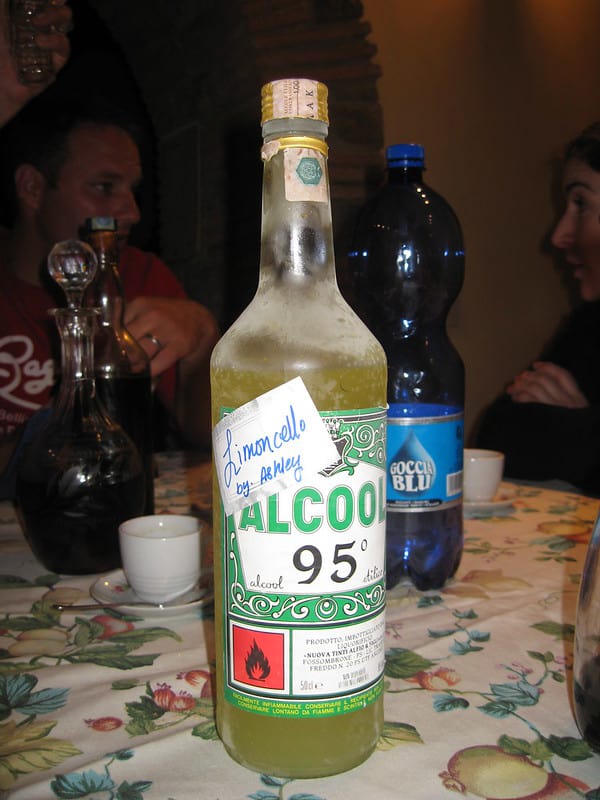 The 95 % alcohol used for soaking fruits and nuts can be bought at the hardware store. Same place you can buy chickens. 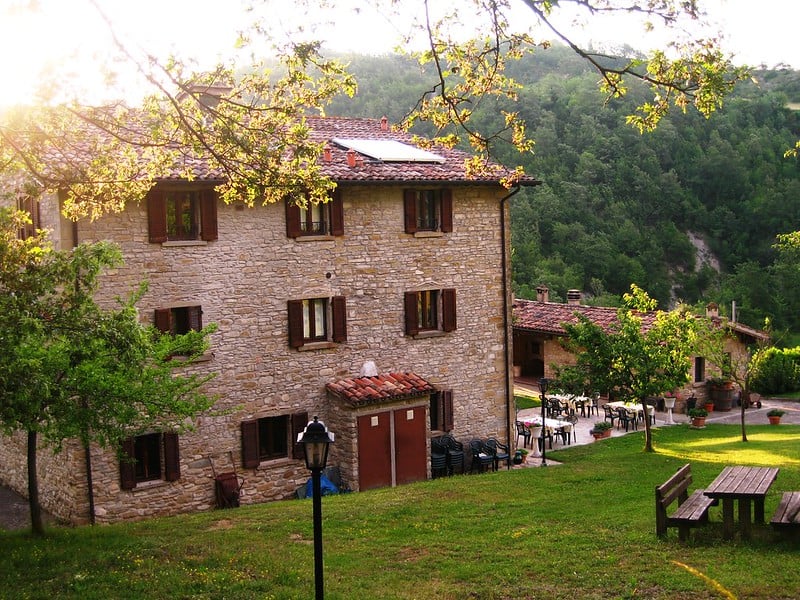 Disclosure: I was a guest of La Tavola Marche. However any opinion expressed is of course entirely, yummily, delectably my own.