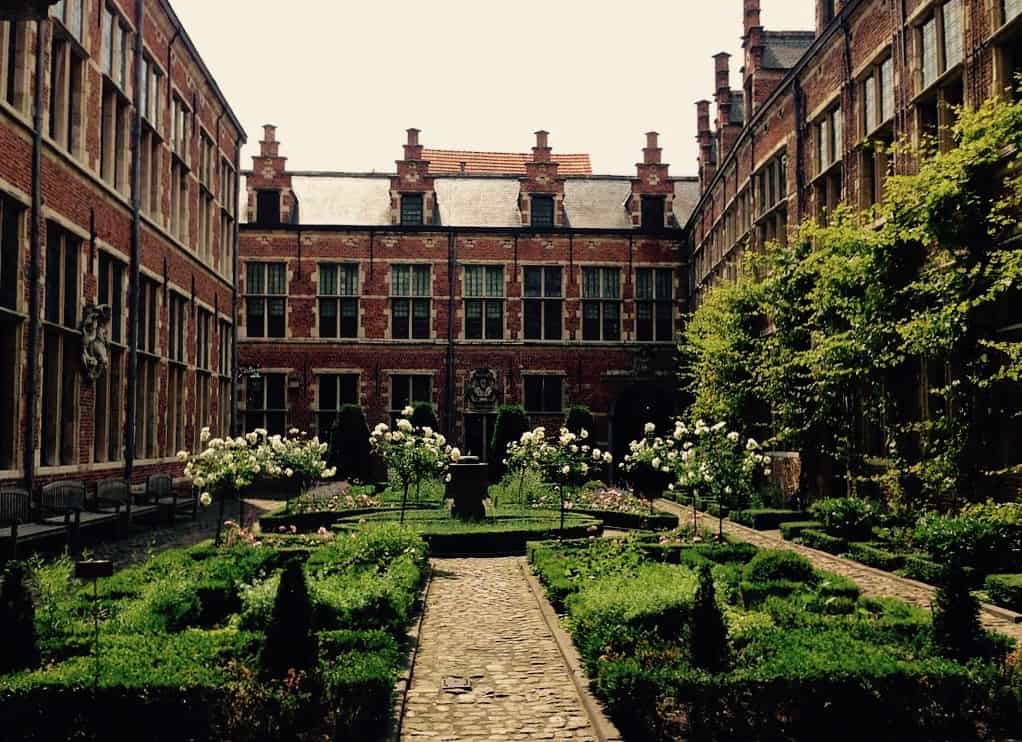 In Belgium’s second city, you’ll find the Plantin-Moretus Museum, a fascinating 16th century printing shop, publishing house and residence. Antwerp, then a city of 100 000 residents, was one of Europe’s leading cities for printing and typography, with 140 bookshops, printers and publishers. Among these, Christophe Plantin was the most famous – a 16th century Amazon.com, you might say. Though Christophe was much more than that!

Add to that his impressive workshop and home, and you have world heritage. 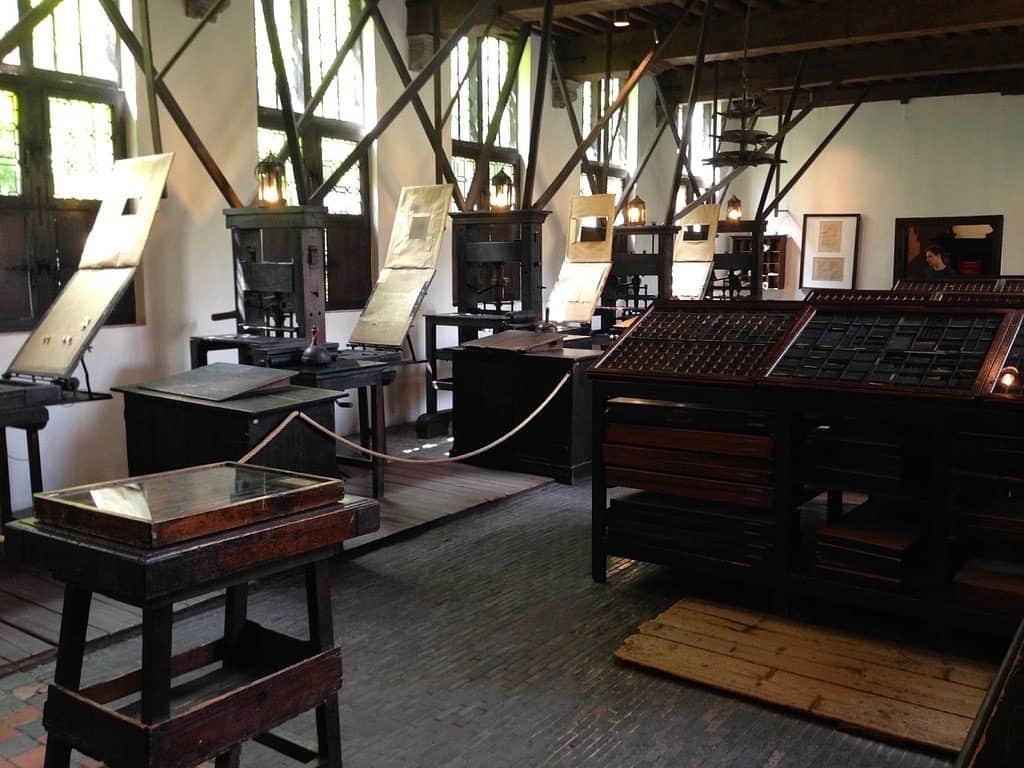 Once inside, I leave the 21st century behind and am now in 1575. I see a very productive publishing house (and it’s going to remain so until 1867). In addition to printing presses (the two oldest surviving in the world!), I see dies, metrices, and various other typographical equipment. 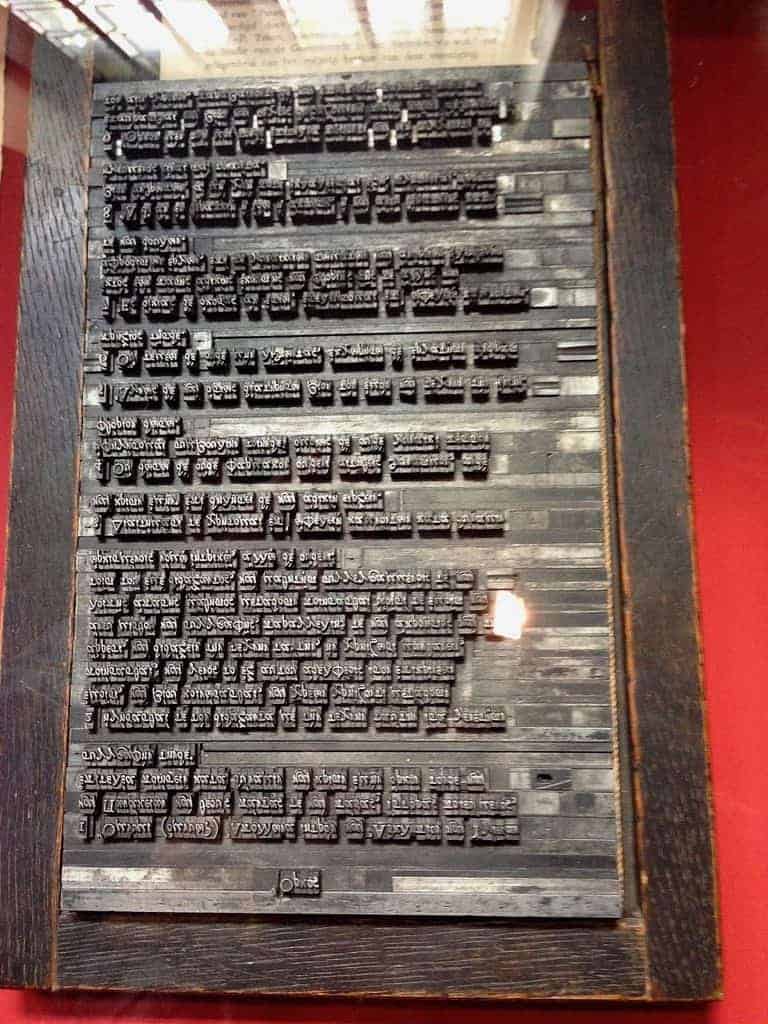 Type cases with lead letters. Each has an entire alphabet in a given size and font. Christophe had 90 fonts! Did he have Comic Sans, I wonder…

Books are naturally the heart and soul of this place. Hundreds of them, wonderfully old and dusty, including the Biblia Regia, a polyglot Bible in five languages!

Through Labour and Perseverance

Here in 1575, I walk through the home of Christophe Plantin, where he lived with his wife and daughters.

The bed is tiny by modern standards. For sleeping in a sitting position, rather than lying down? It is better for the lungs. It is also narrow and enclosed. Not sure whether I’d feel safe and snug – or claustrophobic. 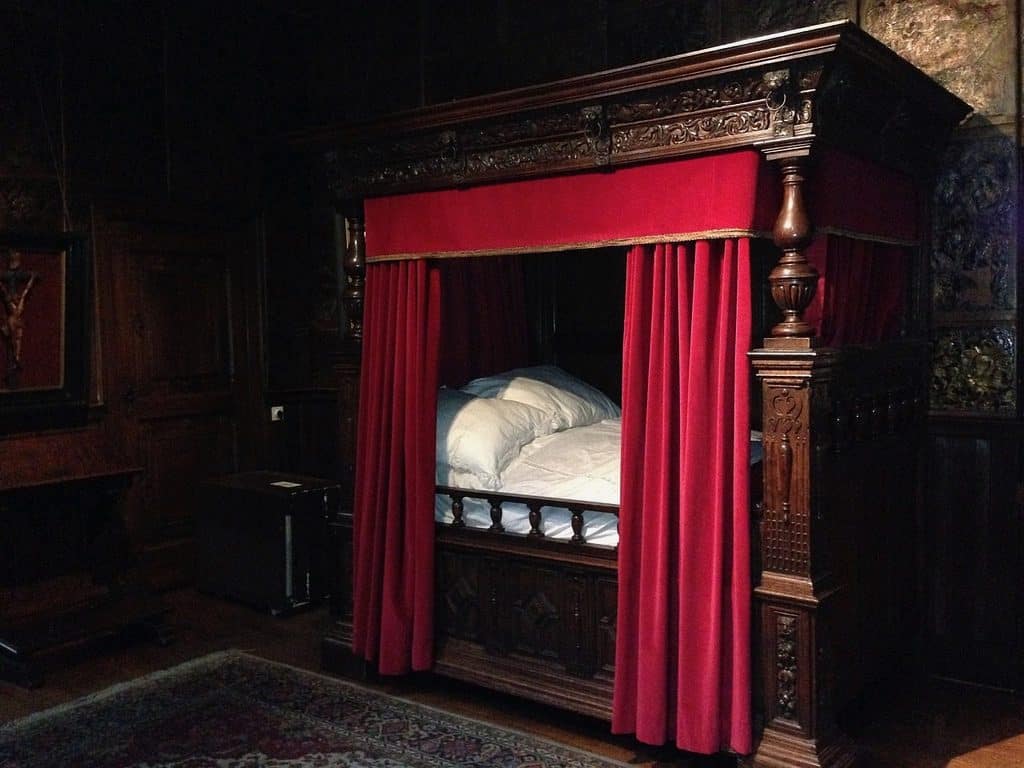 As I walk across the creaky old wooden floors, I hear others creaking on the floor above. Bit ominous that; sounds like the ceiling might crack anytime.
Here are more than 30 rooms, many with gilded leather walls. And family portraits by Peter Paul Rubens! Not too shabby, considering Christophe built the business from scratch. A self-taught 16th century entrepreneur. A man who feels very strongly that books and education are important to society. And a man who speaks and writes several languages and has friends all around Europe. Network marketing has nothing on this guy.

He is very religious and also interested in science (see, it is possible). A pie chart shows 35% of the books he publishes are about religion, 35% about humanism and 10% about science. Sounds a balanced soul to me. 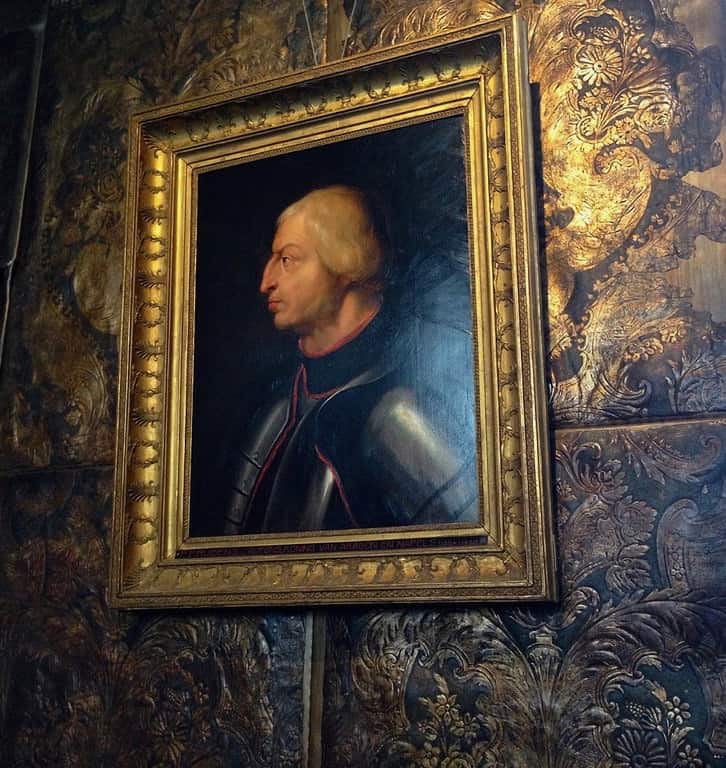 This is a family business in every sense, with Christophe as the undisputed head. The five daughters who make it to adulthood (a sixth daughter and a son sadly didn’t) get a proper education, learning how to read and write (not a given for women in the 16th century, remember), so they can help out. In a letter, Plantin writes that he teaches his daughters fear of God, King and Magistrates first. Second is helping Mum with the housework. Third is this:

…how to read and write properly, so that between the ages of four or five and twelve, they were able to assist with proofreading in any language or any alphabet

As if that isn’t enough, any idle time should be spent not being idle. The family also runs a lace and linen shop. (Didn’t think diversifying your income streams was a 21st century phenomenon, did ya?):

I organised sewing lessons for them so that they were capable of making shirts as well as collars and handkerchiefs or other merchandise for the linen trade. During all that time I observed them carefully, so that I could decide for which future job they would be eligible.

After this, Plantin’s motto comes as no surprise:

Through Labour and Perseverance.

Me? I’m exhausted just reading about the lives of these girls: Reading and writing properly – check. Proofreading in any language or any alphabet – check, even at the age of 4 or 5. Pretty cool, actually! But fear of God/King/Magistrate, housework, sewing lessons – nope, nope, nope! Marguerite, Martine, Madeleine, Henriette, Catharine… perhaps just as well Sophie isn’t amongst them. I appreciate idleness too much.

Carrying on, I enter the drawing room and my eyes are drawn to an instrument: a combination of a harpsichord and a spinet. Only four of these unusual contraptions exist in the world, I learn.

Did I ever tell you I used to play the harpsichord? Millions of years ago. When I was 17. Bach’s f-minor concerto was my favourite. I kinda want to go and play… just a little. I really shouldn’t, though… But no one is here… If I play ever so softly… just for a few seconds… after all, we are allowed to play with the printing press here… 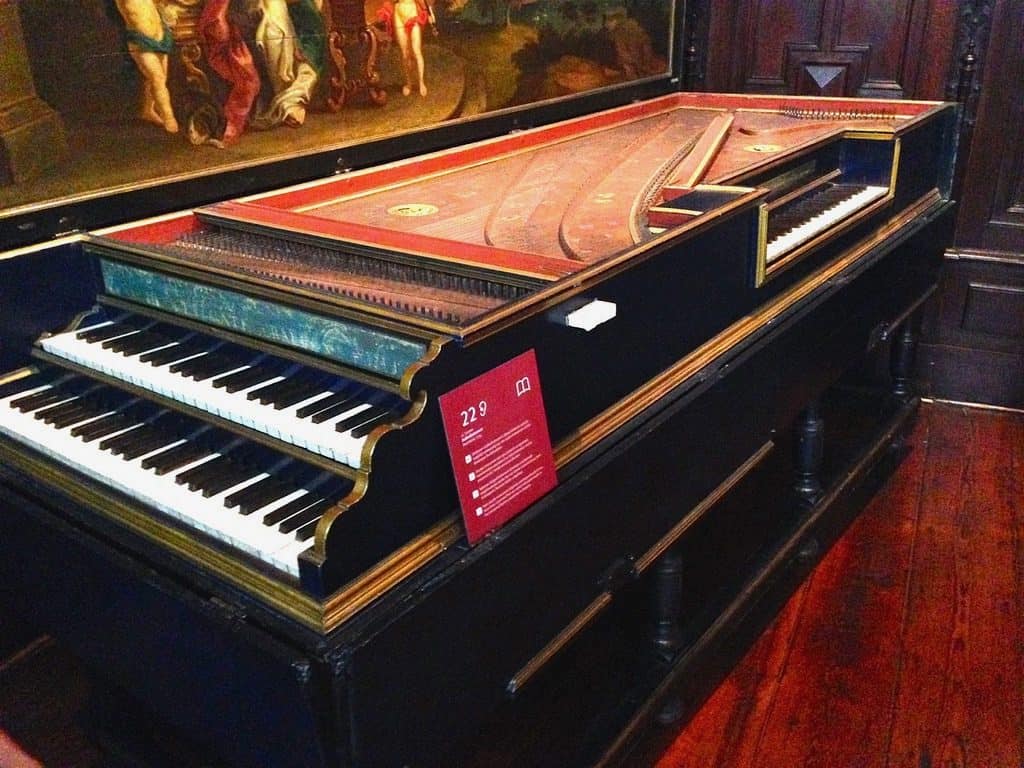 Leaving my inner dialogue, I continue to the shop. Printing books, publishing books… the next logical step is selling books, no? Back in 1575, I’m pretend-buying a book. Unbound!

Did you know books were sold without covers? You bought the pages, then took them to a bookbinder. 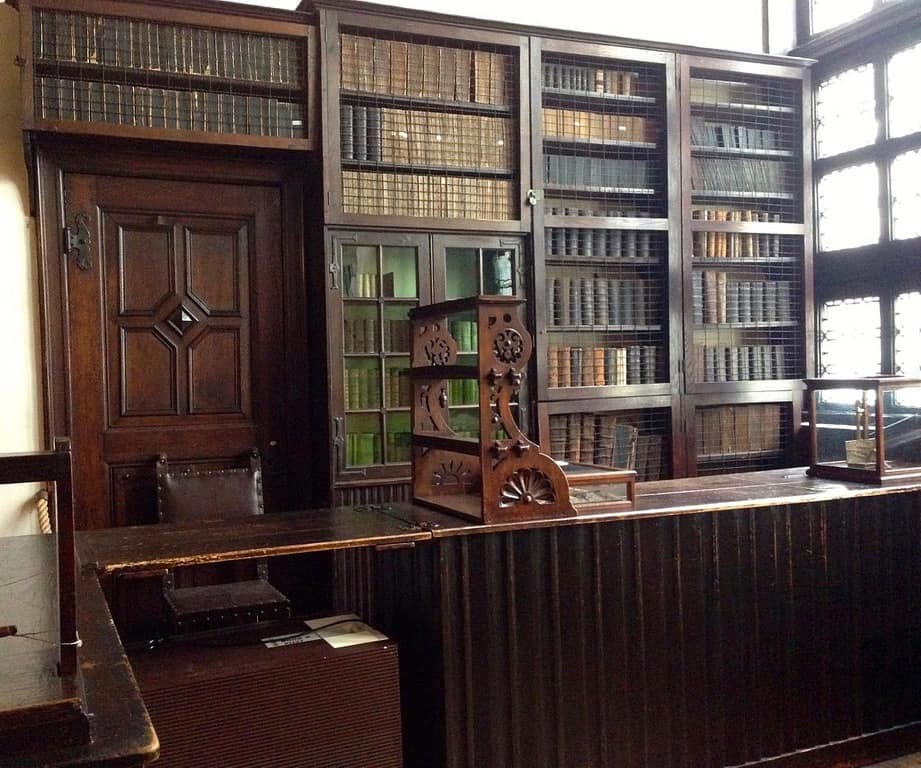 I can also buy prints. And maps and globes! And almanacs. Here’s info on an almanac written by none other than Nostradamus. The signs in the almanac are explained: good days for sowing, good days for planting, the day for the annual market, and so on. Curiouser then, are the signs letting you know which is a good day for bloodletting. And not only the good days, but also the better days and the best days. For bloodletting. I’m kinda loving my wacky 1575 existence. 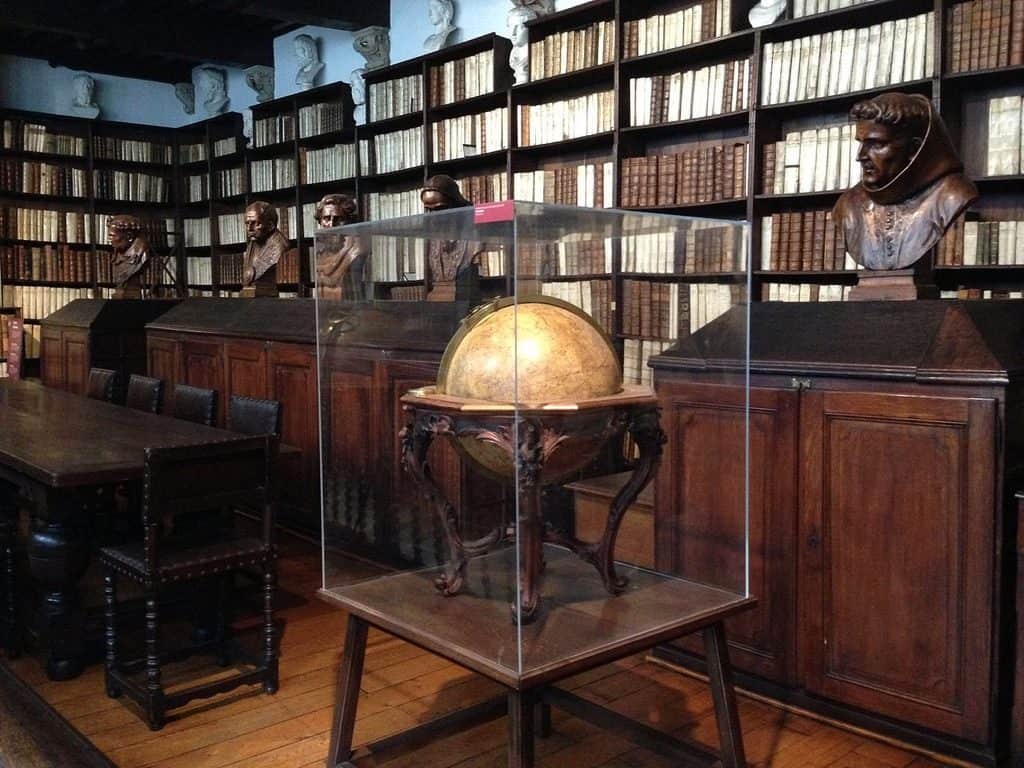 Back in the 21st century, I walk past another…, let’s call it ‘highlight’: The Index of Prohibited Books. Courtesy of the Catholic Church. From 1559 until 1966.

The Index Librorum Prohibitorum includes all kinds of delightful titles, some well-known, some less so. It makes me want to take a year off and read through this list. Here’s a small selection:

After plugging in ‘Holy See’ in this database, I get a list of 4327 banned books.

While you’re at it, play with a few other countries as well. This is interesting stuff. 78 entries for the US. Karl Marx’ Das Kapital was banned during the 1950s. No surprise there. But Hemingway? Huxley? Mark Twain? The Canterbury Tales? Every book by Oscar Wilde?

36 books were banned in the UK, including Shelley and Shakespeare! Thomas Jefferson is to be expected, I suppose. That rabble-rouser. In Norway – not counting the more than 9000 books and articles banned during the years of Nazi occupation – a few books have been banned, as well.

More interesting stuff on challenged books can be found on the website of the American Library Association. 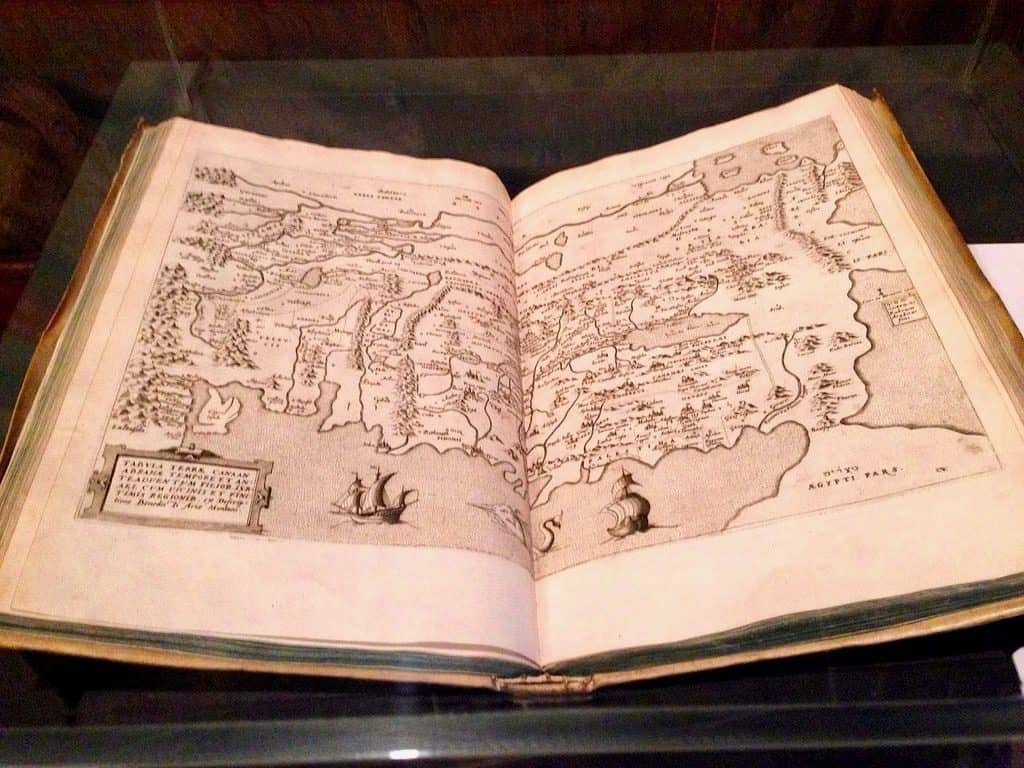 In the Plantin-Moretus you’re allowed to touch stuff. I like that in a museum. Work the press. Make a bookmark. Try a spot of mirror writing. Take a selfie while doing it. (I don’t, cause, you know, I’m so modest…).

PS – the harpsichord: was playing allowed? Never found out. Did I do it anyway? That’s best kept a secret.

PPS – wondering about the Moretus bit? That’s after Jan Moretus, Christophe Plantin’s son-in-law, who took over the business after our friend died in 1589. Didn’t I mention his daughters’ husbands worked in the print/publishing shop? Well, you’re not surprised, are you?