11 most popular Instagrams in February and March 2015

For this instalment of our popular Instagrams series, I’m posting the photos directly, as Instagram’s embed function seems to be a hit-and-miss operation. Photos appear – or not – depending on browsers, or possibly the platform’s #instamood. Well, we can’t have that.

Dubai featured heavily in our Instagram gallery in early February. So much, in fact, I decided to write a post on 11 things to do in Dubai instead. The rest of February – and March – has mostly been spent in Germany, England and Norway. Here are the most popular ‘grams from the last six weeks. If you want to see the pictures on Insta, I’ve linked to the relevant photo in the numbering.

11. The fabulous door of Bremen’s medieval Rathaus (City Hall). Fascinates me no end to think people walked through this door 700 years ago. Wish I could pop back to this market square on, say 24 March 1315, even if just for an hour or so. 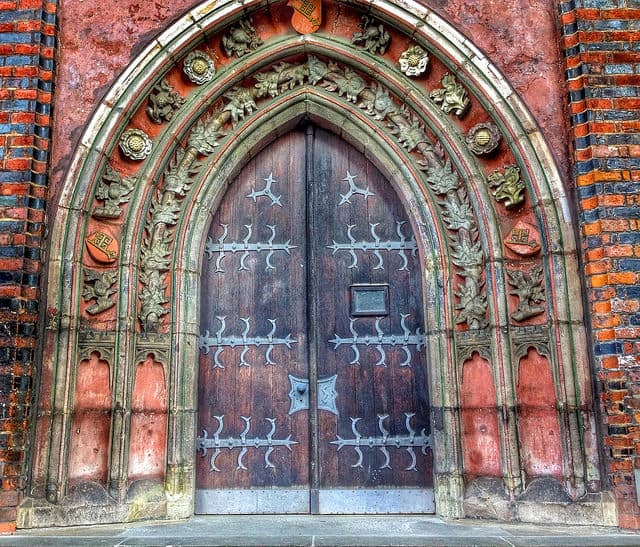 10. I roamed around Oslo’s Grünerløkka neighborhood a bit last month, researching for an article to be published in Oryx, Qatar Airways’ inflight mag (keep an eye out if you’re flying Qatar Airways in May). Grünerløkka is the liveliest urban spot in Oslo on a Sunday, with people enjoying the sunshine outdoors even when it’s cold. 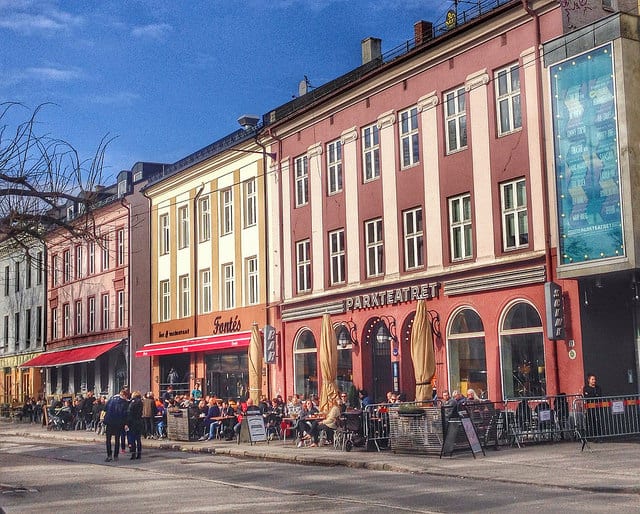 9. Yet another wonderful medieval door in Bremen. Love the history these doors convey. 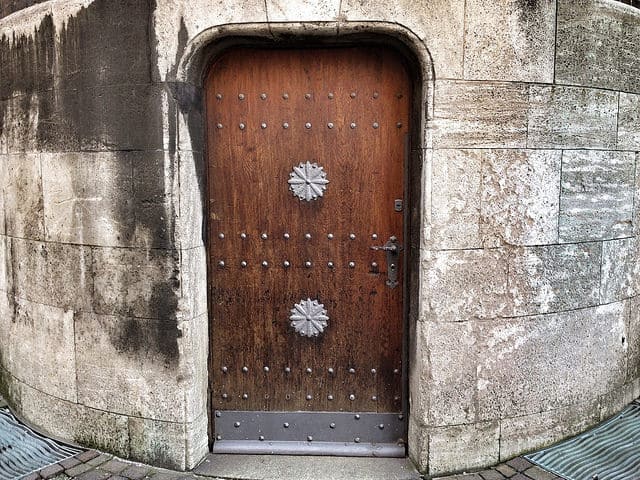 8. In the historic old town of Lübeck, this architectural gem from the Hanseatic Era caught my eye. 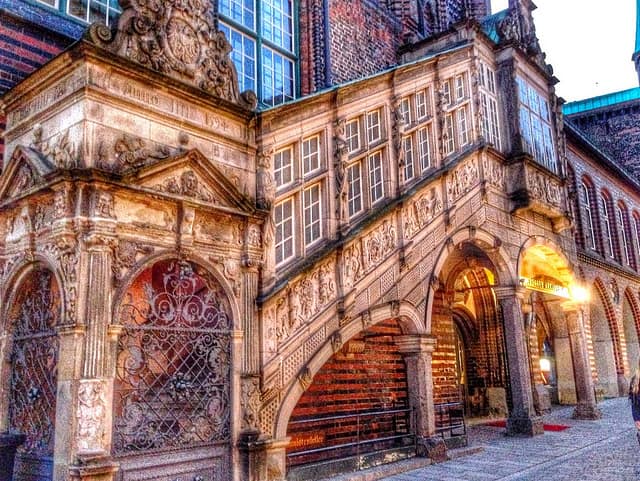 7. The British Museum is one of my favourite places, despite half the goods being looted from other countries. 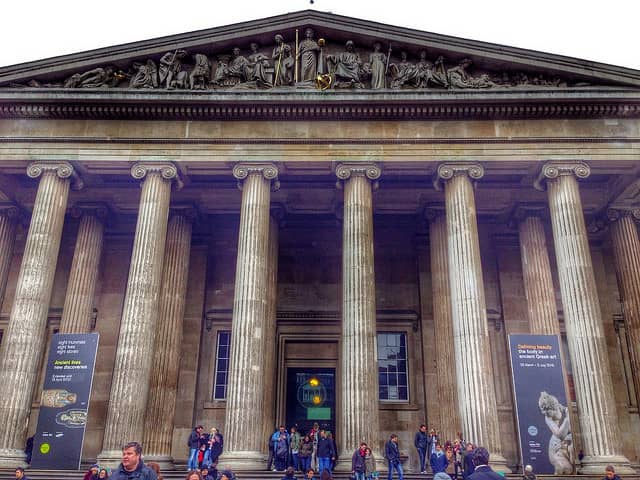 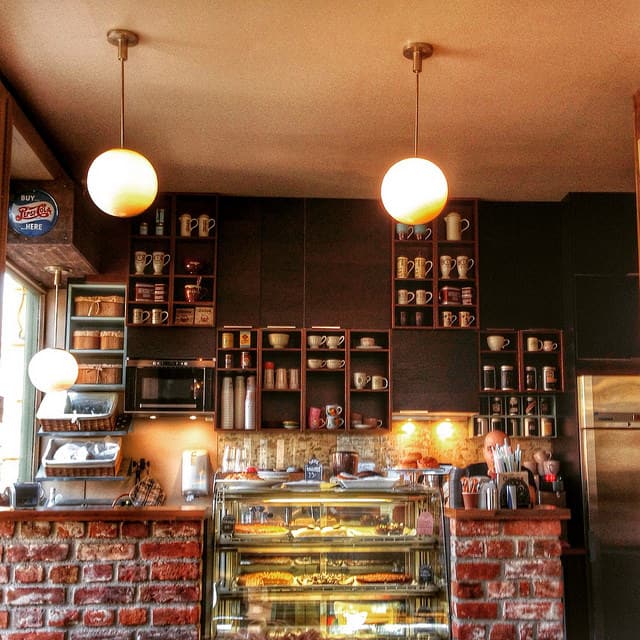 5. Here they are: the Town Musicians of Bremen. Remember the fairy tale by the Brothers Grimm? Die Bremer Stadtmusikanten are Bremen’s most famous residents – although, as you may remember, the donkey, the dog, the cat and the rooster never actually make it to Bremen. 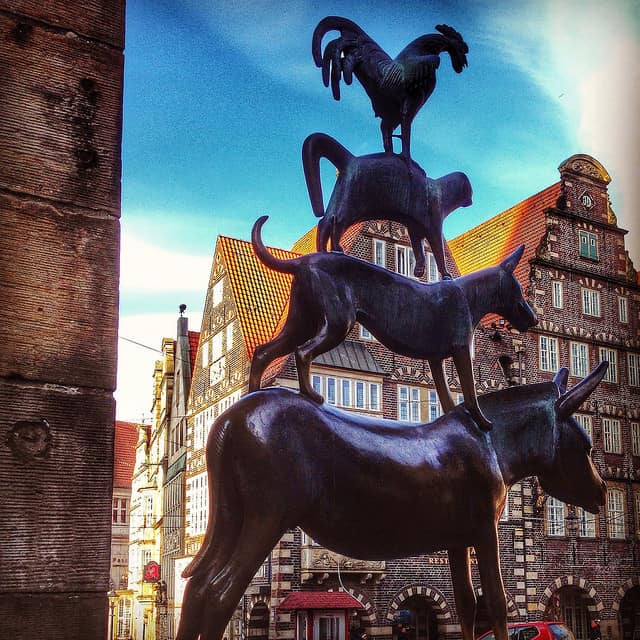 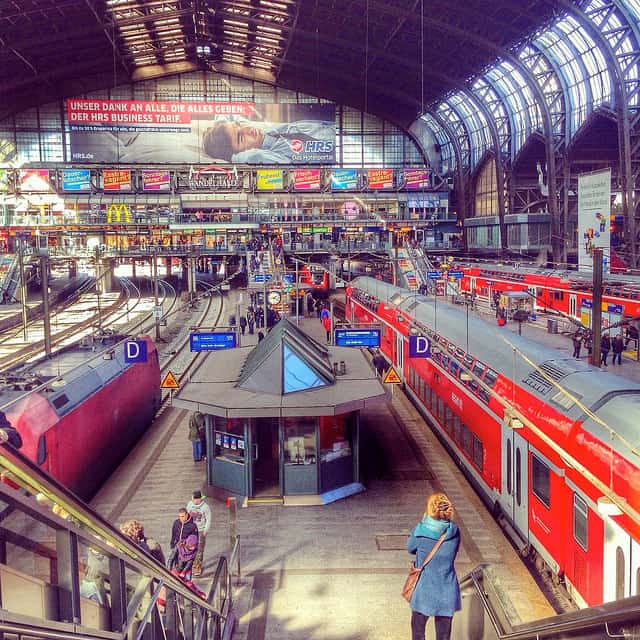 3.  Much smaller is the train station serving Torp airport in Norway. Torp airport is misleadingly labelled Oslo Airport by budget airlines such as Ryanair, never mind it being about 2 hours from Oslo, passing at least 3 other cities on the way. The local train station has no facilities to speak of. Cute though, isn’t it? 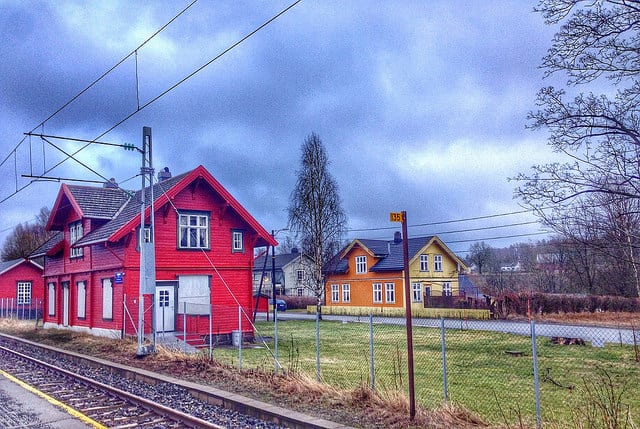 2. The picturesque Salzspeicher (salt storage houses built in the 16th – 18th centuries) along the River Trave in Hanseatic Lübeck. 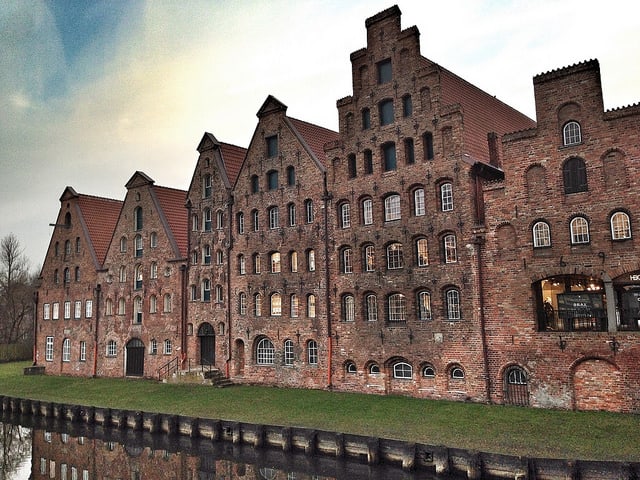 1. The most popular Instagram this time is actually two, both from England.

a. This photo of Parliament on a typical overcast London day, and… 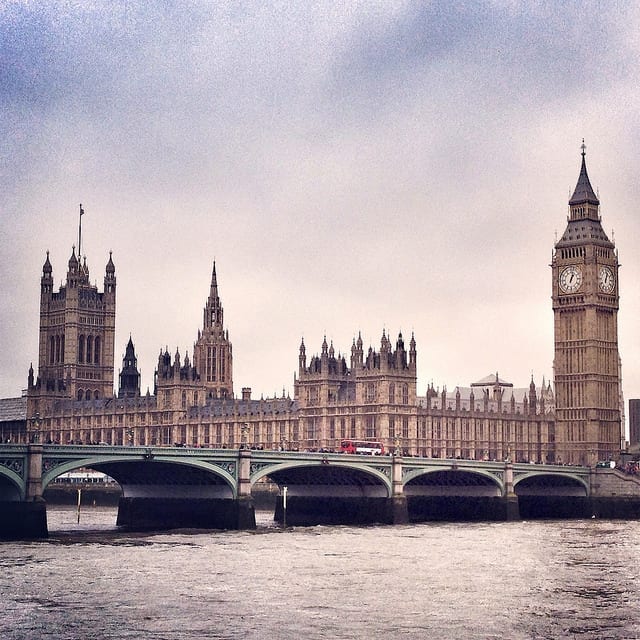 b. …this sculpture in Kingston-upon-Thames. Is it a commentary on the disappearance of the iconic red telephone box – or just a fun sculpture? 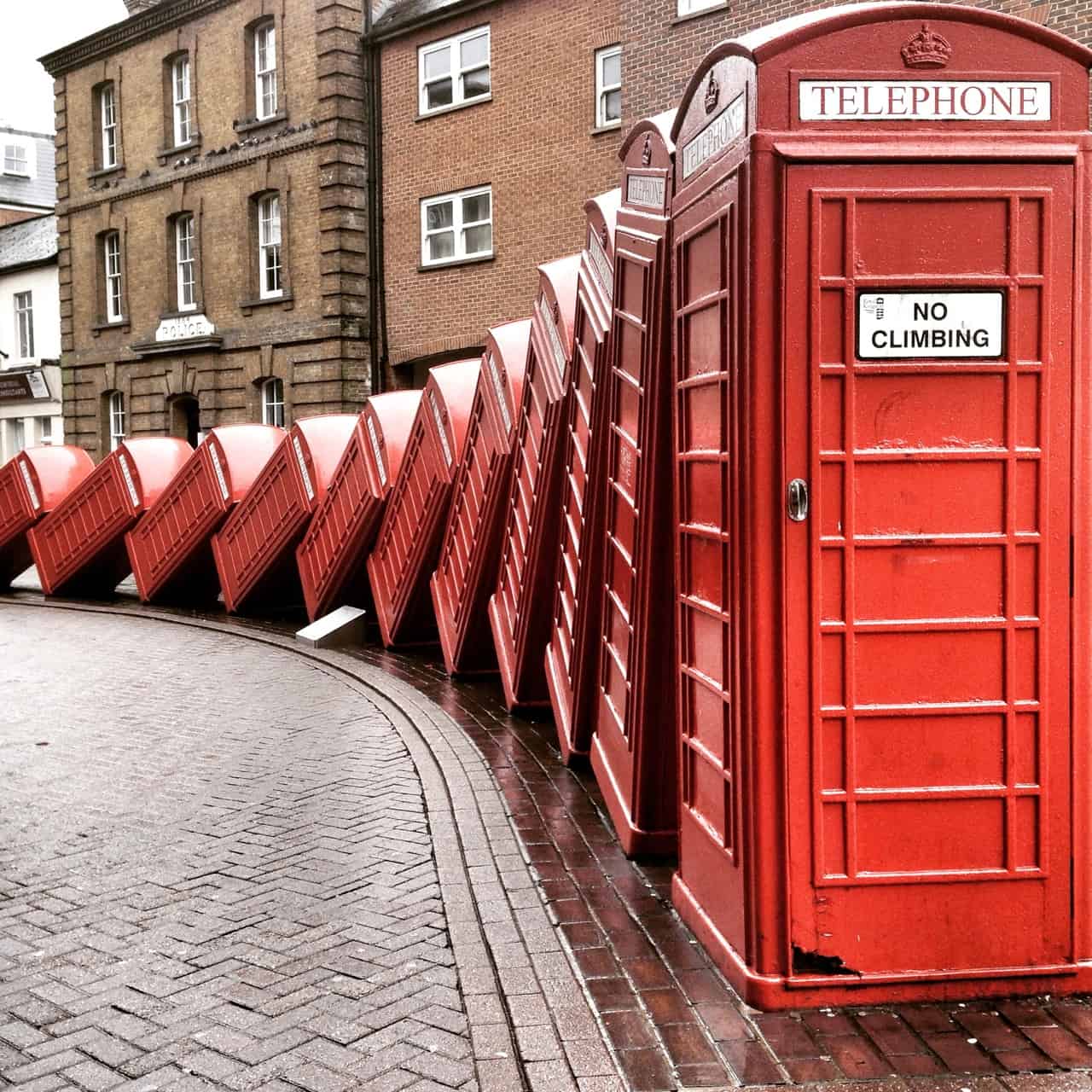 If so, leave your handle in the comments below, so I can follow.