Hiking Qadisha Valley and the Cedars of God (Day out Beirut)

Lebanon is a small country packed with sights and landscape of great variety. There’s winter and summer in one day (ski Mount Lebanon in the morning, chill at the Mediterranean beaches in the afternoon), there’s the bustling nightlife in Beirut, there’s jaw dropping remnants of ancient Phoenicia and Imperial Rome, there’s nectar from a number of wineries in the Bekaa Valley, and there’s excellent hiking in spectacular nature. How’s that for superlatives? All true!

Fascinating as they are, we’ll leave the ancient ruins for now – and have a look at nature and Lebanon’s mighty cedar trees. 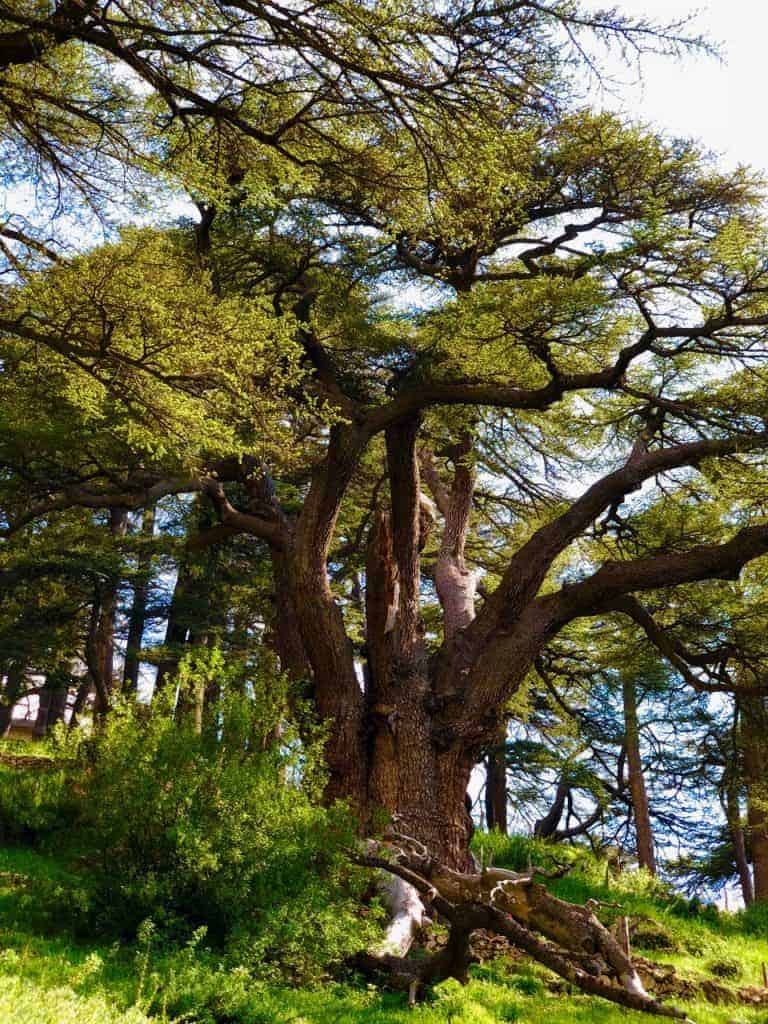 Have you noticed the cedar tree in the Lebanese flag? Here it is, bobbing in the oh so blue waters of the Med. 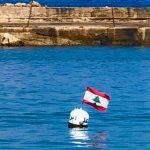 The monumental cedar is native to the country, and once covered all of Mount Lebanon. Unfortunately for the cedar, it makes excellent building materials, and just about anyone who set their conquering foot on these shores – Phoenicians, Romans, Babylonians, Assyrians, Egyptians, Persians, Ottomans… I might even have forgotten a few – contributed to deforestation. Even British troops in the First World War cut down trees to build railways. Today, only a few cedar patches remain, scattered about. Here in this landscape, about 400 trees remain, I’m told. And I may well have photographed every one of them. But 400 is 400. In Cyprus, only a single cedar tree remain, and a rather puny one at that; only 25 metres tall.

But why cedars of god? 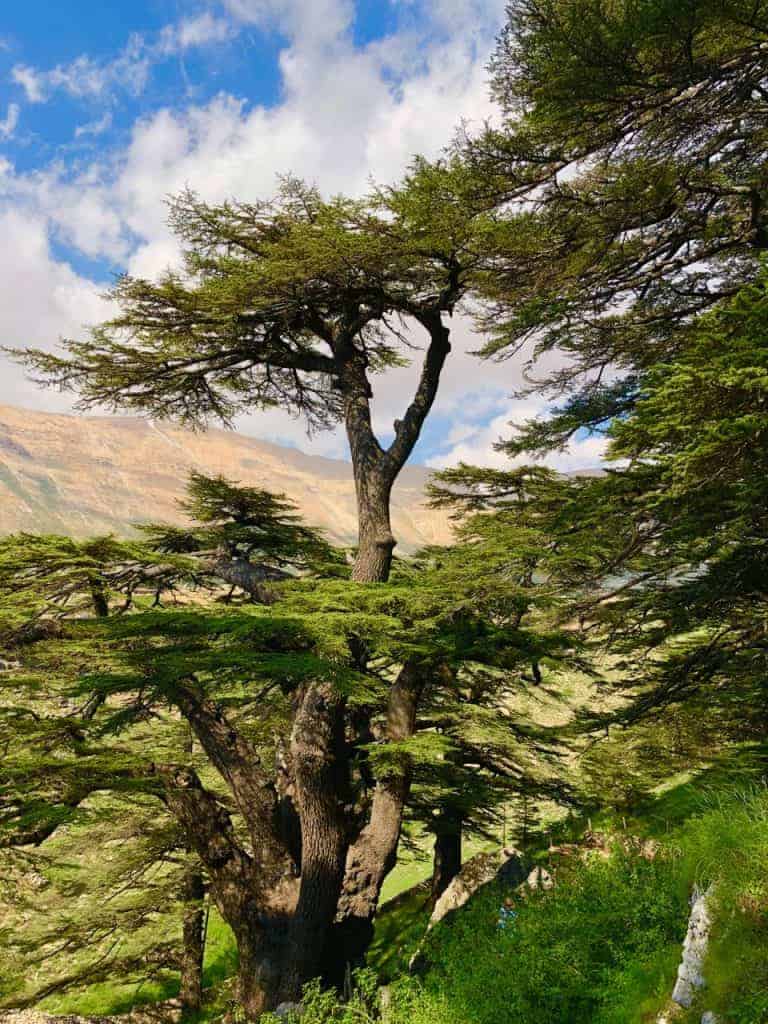 Well, it’s a magnificent tree, tall and majestic – and spoken of no less than 103 times in the Bible. Here’s one quote from Ezekiel:

Behold, the Assyrian was a cedar in Lebanon with fair branches, and with a shadowing shroud, and of an high stature; and his top was among the thick boughs

and another, this one from Job:

He moveth his tail like a cedar: the sinews of his stones are wrapped together.

Interesting as that is, I can’t quite figure out who Job is talking about here, even after having read the entire chapter; (chapter 40, if you’re interested).

The ‘god’ bit seems to go back further than the Bible, though; all the way back to the gods of Mesopotamia. Gilgamesh (the first to mention the great flood in writing) is said to have built Uruk, his city, with cedar trees. 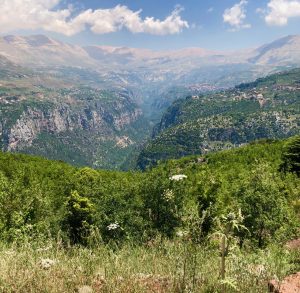 The stunning canyon that is the Qadisha Valley is 1000 metres deep and home to holy caves and monasteries; a place of refuge from religious persecution for a thousand years.

Its natural caves, carved into the hillsides – almost inaccessible – and decorated with frescoes testifying to an architecture specifically conceived for the spiritual and vital needs of an austere life.

I forgo the monasteries, as I’m short on time, with a flight to catch n’all. Also, I’m more interested in walking through this slightly inhospitable and mysterious landscape. Nature is its own church. I wonder if the pilgrims of old thought the same. 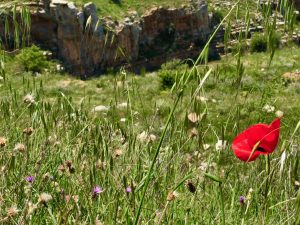 The Prophet in Qadisha Valley

You may have read The Prophet. You may even like it. If so, you won’t want to miss the Khalil Gibran Museum. The author was born here in Bsharre and is buried here as well. His coffin rests in the hermitage which is part of the museum. Here he is: 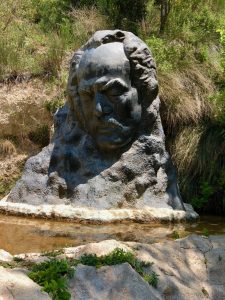 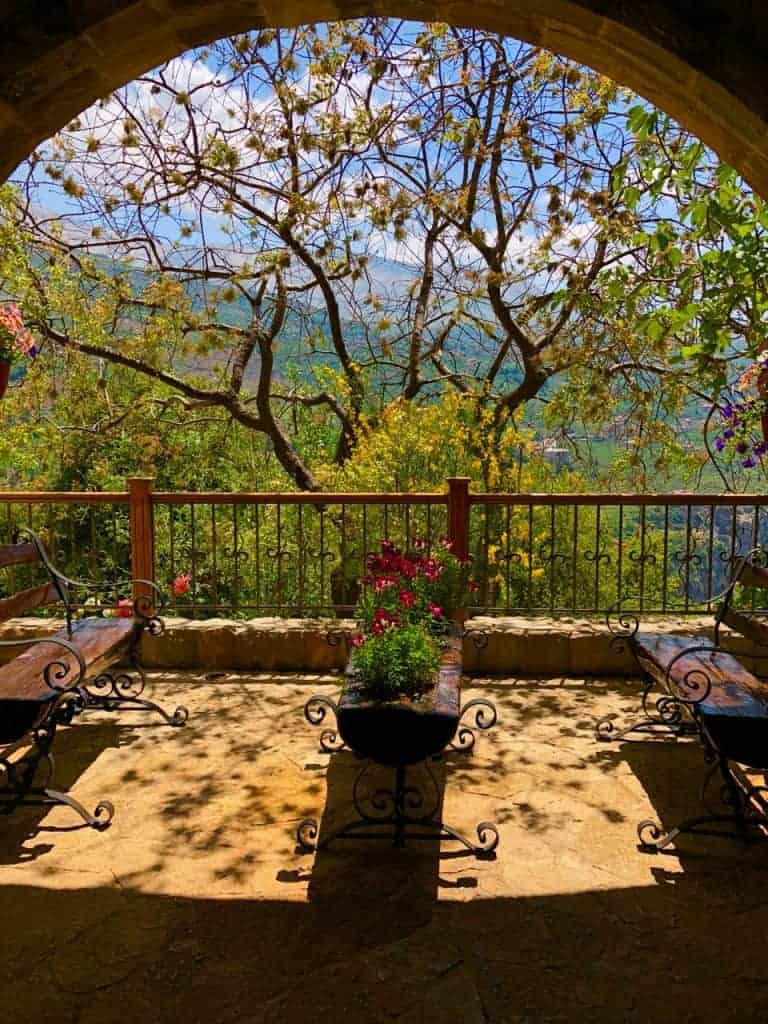 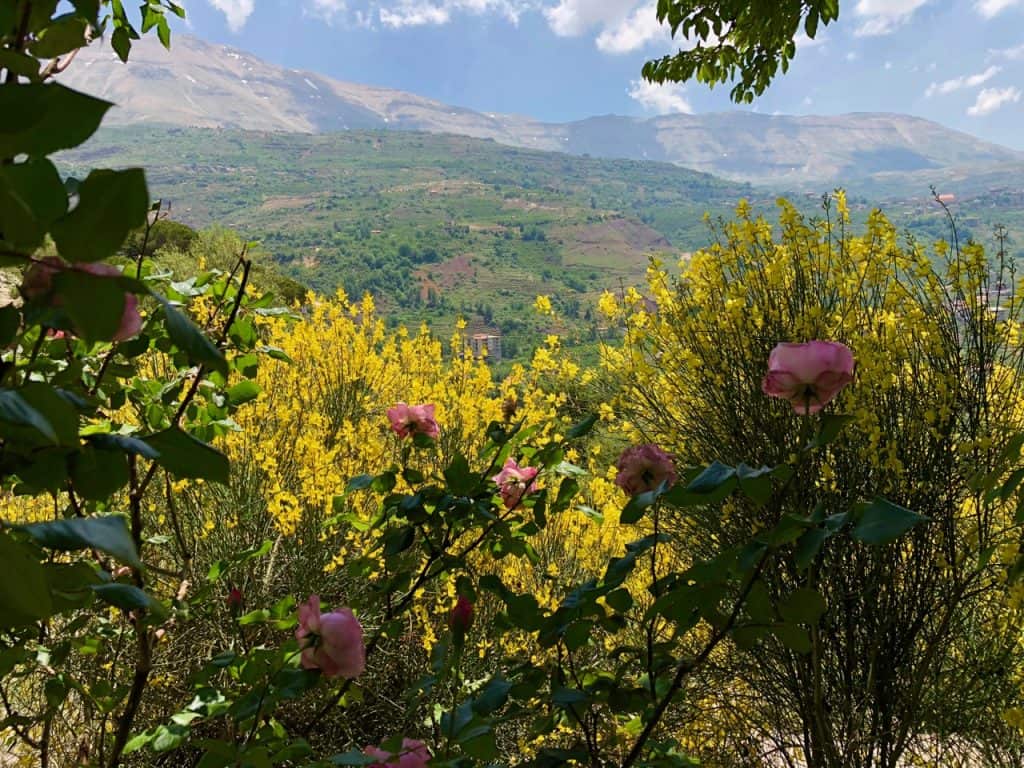 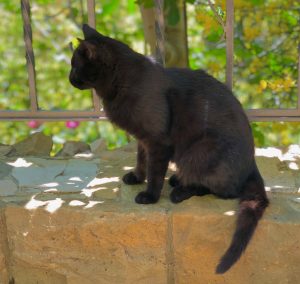 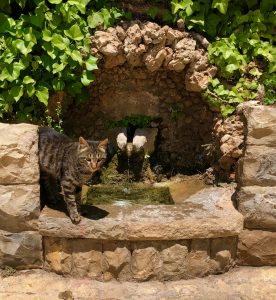 …somehow, on this journey, what I’ve found most intriguing about Lebanon is the colours (as you may have noticed). In that spirit: 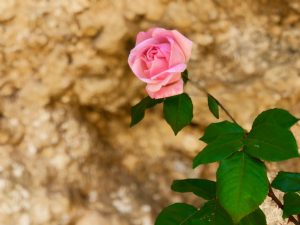 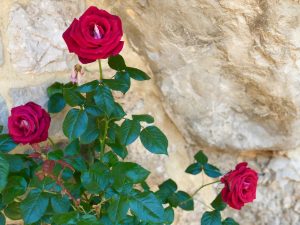 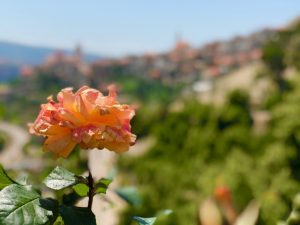 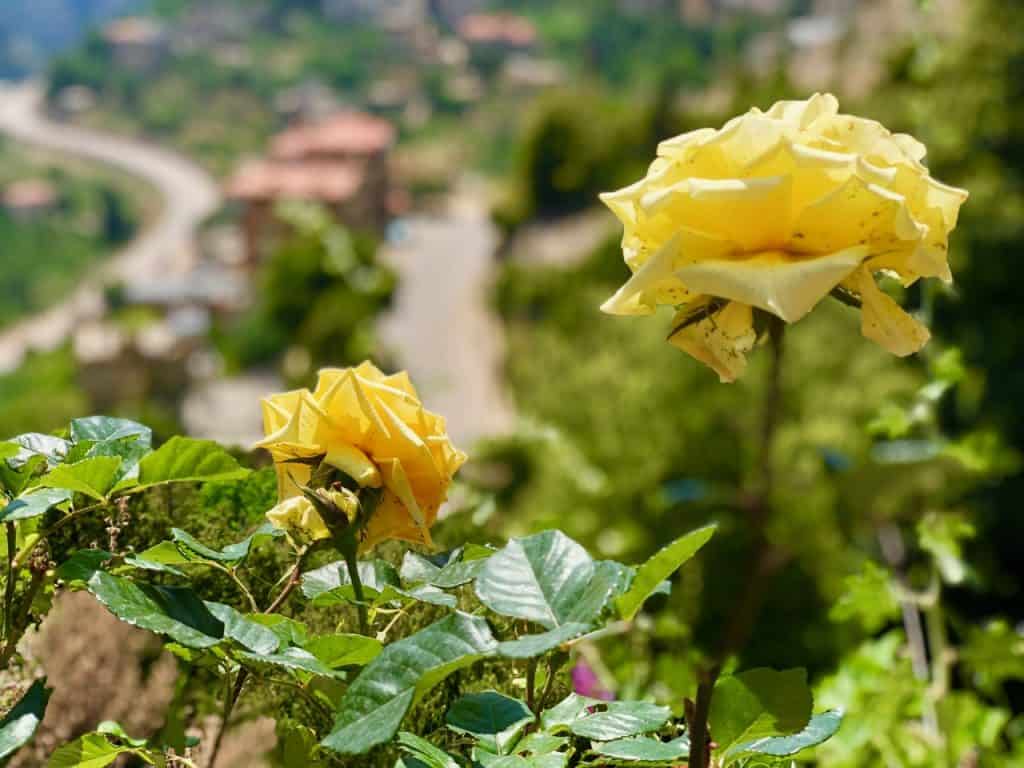 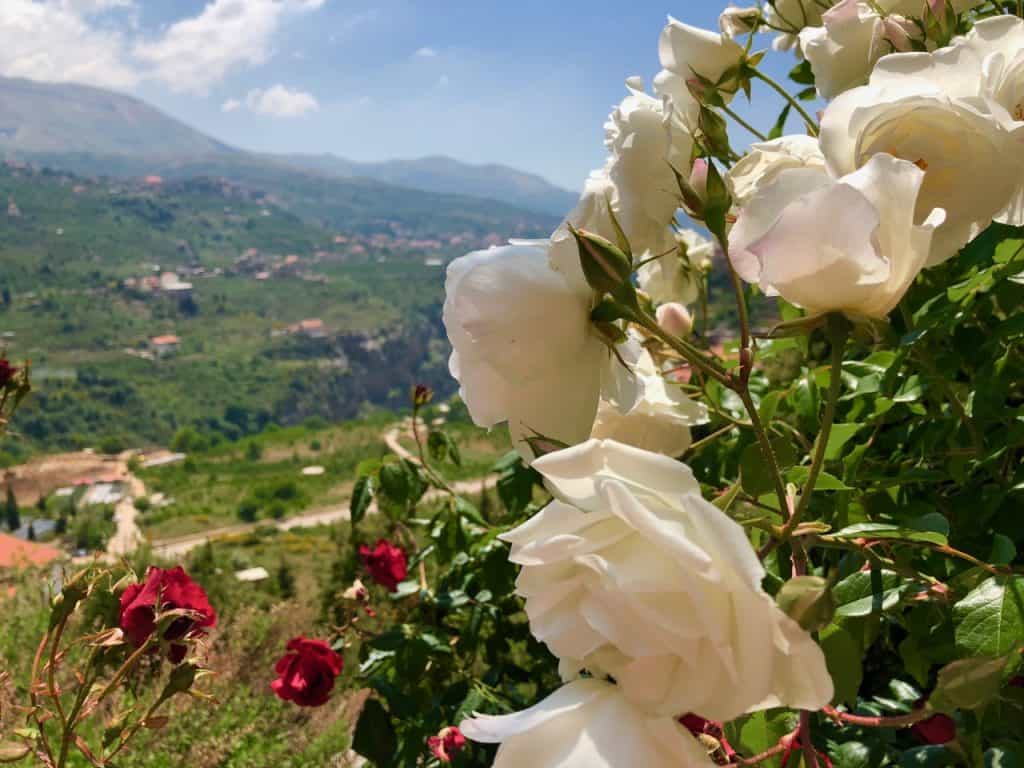 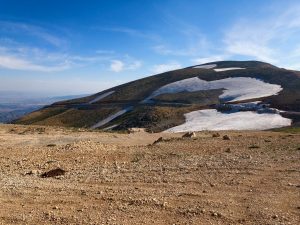 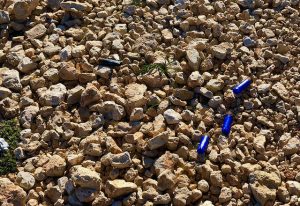 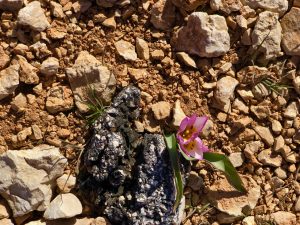 Time to leave Mount Lebanon, but first, as we’re about 1800 metres up, a little walk – and a snowball fight. In the rough and rocky terrain, I spot a lone flower, pink – and 3 spent casings, blue. The panorama below is the infamous Bekaa Valley, beautiful in a ruggedly Biblical way. Heading down to Baalbek, we descend into the Bekaa, ever closer to the border with Syria. Wee touch of excitement. Can’t help it. 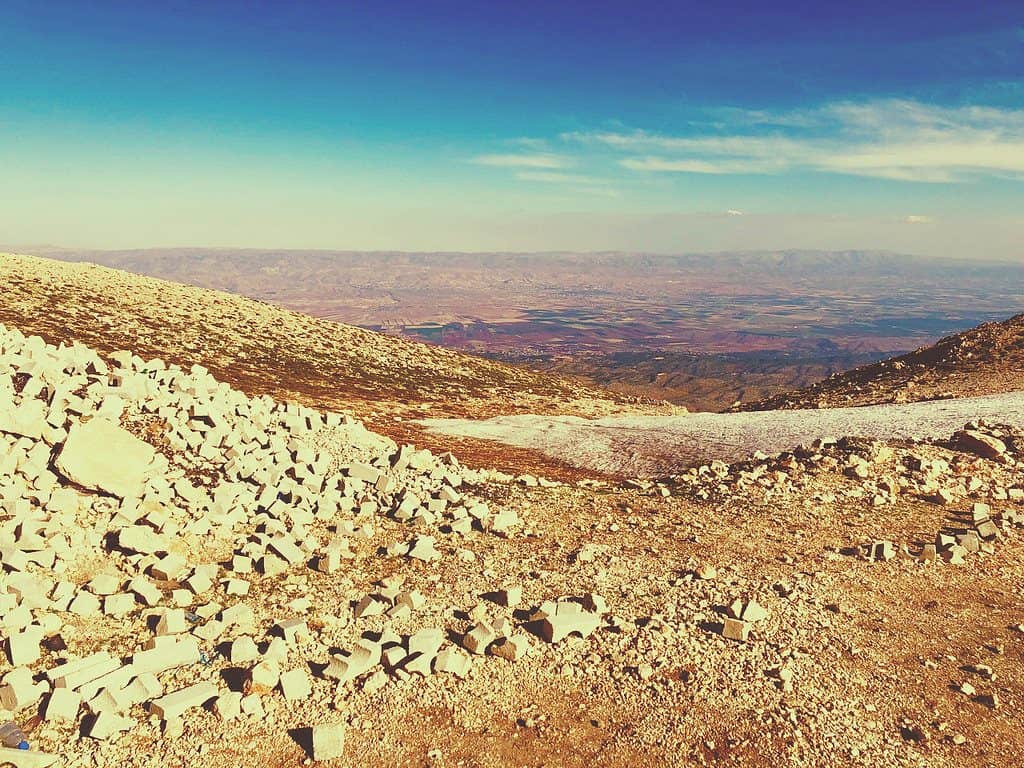 On my last night in Beirut, I impulsively decided to spend the next day hiking in the Qadisha Valley. As I was flying out in the evening, I needed to start early – 5am. I had been in the cedar forest a few days earlier, so only wanted the hike. Fortunately, the hotel receptionist knew a guy who could help. In Lebanon, everyone seems to know a guy that can help. My excursion turned a bit more dramatic than anticipated, with an unplanned bout behind the wheel in the lunatic frenzy that is Beirut traffic. But I got to the airport in time.

Chances are you’re more organised, and will have more options. You can take a day tour; the price is upward of USD 75, including lunch. Or you can take a local bus; there’s a direct minibus to Bsharre, which costs 7000 LBP (about € 4 / US$ 5). The drive from Beirut takes about 2 hours. The local bus route takes 2.5 – 3.5 hours; if you go that route, you’d be well advised not to try to fit in both Qadisha Valley and the Cedars of God in one day.