Reading the past with the Rosetta Stone

One of these is the Rosetta Stone, a stele from 196 BCE. It belongs, if not in Rosetta, at least in Egypt. I think it would be marvellous in Alexandria, in the new Biblioteca Alexandrina. 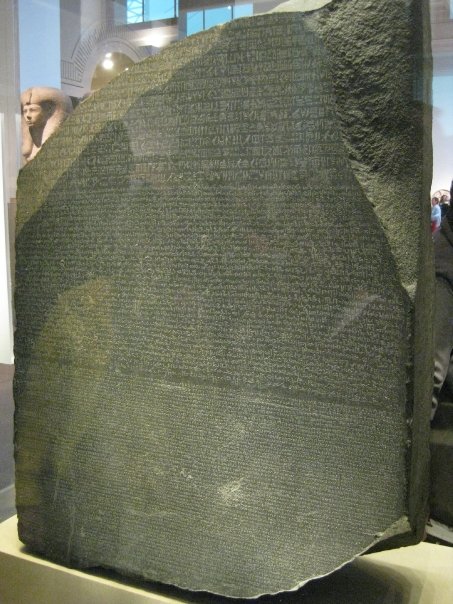 Discovered 212 years ago in the present-day town of el-Rashid (near Alexandria) by Napoleon’s soldiers, the black granite stone was surrendered to Britain after his defeat. The British Museum has been its home since 1802.

The Rosetta Stone transgresses the boundaries of time and promotes human understanding.

When French scholar Jean-Francois Champollion translated the text, he solved one of the world’s great mysteries: how to read the hieroglyphs of the ancient Egyptians.

The Rosetta Stone, you see, is written in three scripts: hieroglyphic, demotic and classical Greek. See the three distinct sections in the top photo here?

Why? Well, hieroglyphic was the script of kings, demotic was the everyday script and Greek was the administrative language of the time.

The stele relates a decree issued during the reign of 13-year-old king Ptolemy V, so as to set the stage for a personality cult for the young lad. The decree notes that he gave gold grain to the temples. It also notes that the annual Nile flooding was especially high in Ptolemy’s 8th year of reign, and that he saw to it that all that excess water was dammed for the good of Egypt’s farmers.

The full translation of the demotic text of the Rosetta Stone is here (be warned, it’s a bit long). 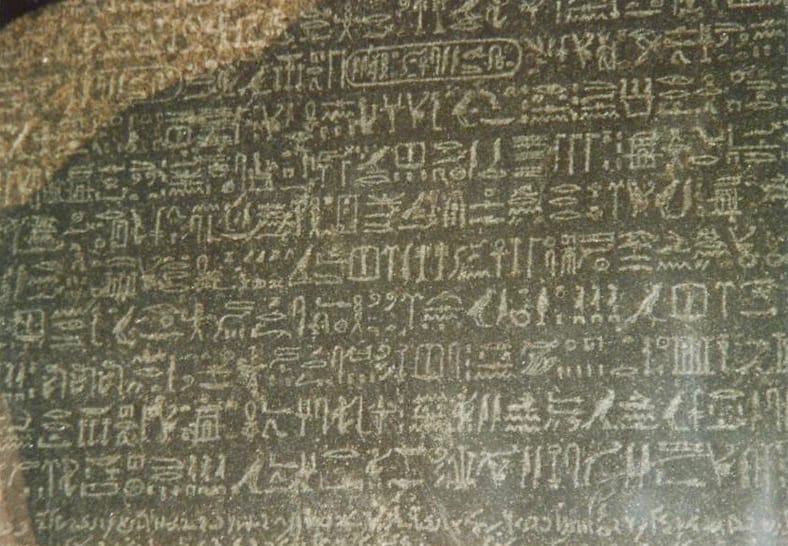 I always seem to remain in front of this stone for an age, wondering who might have carved it. Would he have known the significance of his work?

Just think how much less we would have known today, had it not been for this single rock.

What is your favourite museum piece?