Cheetahs and other rescue animals at Inverdoorn (Day out Cape Town)

The semi-desert landscape of Klein Karoo

I’m still in the Caucasus, and articles will be coming up when I’m back, or possibly before (Internet cafes depending). Meanwhile, I thought I’d tell you about this worthwhile animal rescue project in South Africa.

On an impromptu visit in Cape Town earlier this year, to meet my childhood friend Ingrid, we had time for much more than coffee. She had been there for weeks. Me, I had six days. Six days – with no jet lag… oceans of time.

‘How about a safari?’ suggests Ingrid as we lounge by the pool at the hostel. (Yes, you read that right: a hostel with a pool – Ashanti, in case you’re interested).

Despite having been in South Africa, must be five times now, I’ve yet to go on a safari. Mostly because I feel it would be a bit unfair to go without my daughters, animal-lovers to the extreme.

‘There’s a cheetah rehabilitation centre, just a couple of hours from here. We could go just for the day.’

So just a few hours, then. And rescue animals. I’m persuaded.

As the minibus takes us out of town the next morning, we have time to enjoy the stunning landscape surrounding Cape Town in the early hours of the morning. Then, inland along the scenic route, across Mount Wellington towards Ceres. We’re driving precariously close to the cliff, must admit I’m a bit apprehensive. I much prefer being behind the wheel myself. Ingrid doesn’t care, she’s sound asleep.

A good two hours after leaving Cape Town, we’re at Inverdoorn Game Reserve. The famous Big 5 are all present here – rhino, lion, buffalo, elephant and leopard – so called because these are the most difficult animals to hunt, and thus highly sought after by trophy hunters.

Eugene is our guide. He is a walking encyclopedia of anything to do with the animals in the reserve. Only trouble is, Eugene is soft-spoken. Very soft-spoken. I make a point of staying close, so as not to miss any of his compelling stories.

Strictly adhering to the rule of keeping at least 50 metres away, we pass lions lazing in the noonday sun. The male is rescued from canned hunting. Know what that is? Lions are trapped in a small, enclosed space so it’s easy for trophy hunters to hunt and kill it. I think it’s despicable. And cowardly. 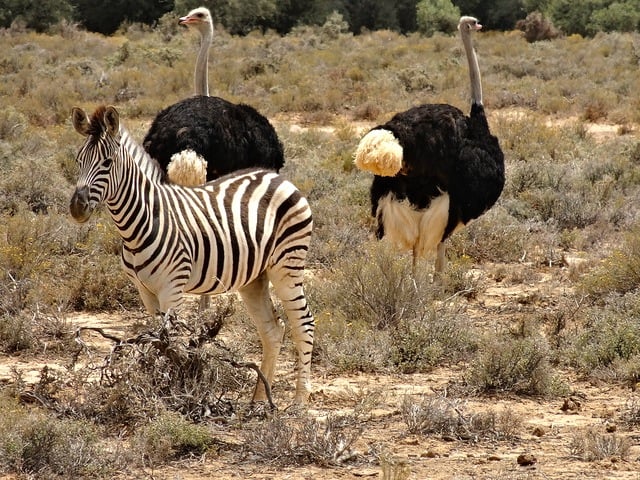 We meet herds of zebras and a few eager ostriches. We stop and say hello to two elephants, roaming about. The larger one was once a film star and the smaller was to follow suit. Cool? Not really. Elephants don’t dream of the silver screen. It entails living in much too small a space. Luckily, these two mates escaped that fate. 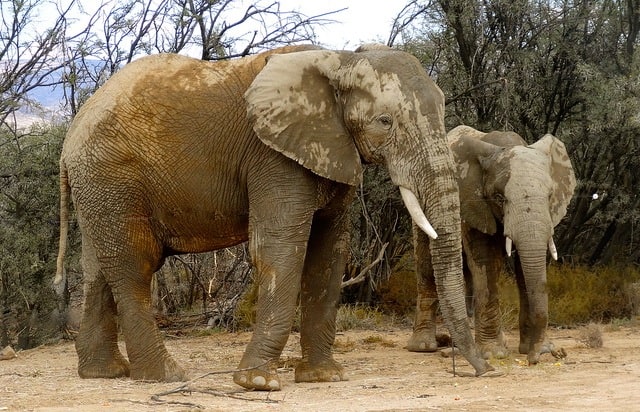 We hear about rhinos. They’re keeping to the brush today, just visible at a distance. These are rescue rhinos. The magnificent creatures look hardy, and in a way they are. They’ve survived for thousands and thousands of years. But they can’t withstand human cruelty. Horrendous numbers of rhinos are murdered every year, for their horn. Here’s what Inverdoorn has to say about it:

The fight against rhino-poaching must be fought on at least three levels. Firstly, on the ground: fighting and trying to find solutions to protect and save the rhinos. Secondly, in court: prosecuting poachers; and thirdly, in Asia, where the demand is concentrated, educating and dissuading people from using horn in traditional remedies.

At Inverdoorn, they use a RhinoProtect treatment. Simply put, poison is injected into the horns, a barium-laced, non-lethal dye. It’s harmless for the animals, but diarrhoea- and vomit-inducing for humans.

After driving for a while, we get out of the truck to go in search of giraffes – gentle and willowy beauties who let us wander amongst them. 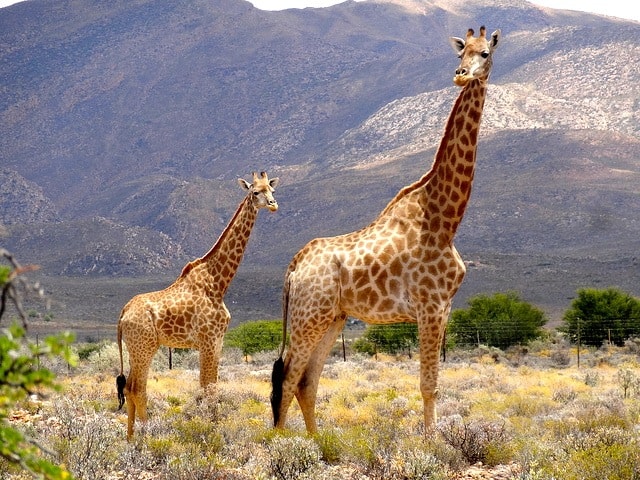 The primary reason we’ve chosen Inverdoorn for our mini-safari is the fastest land animal on earth. Cheetah rescue and rehabilitation is the speciality here. There are fourteen of them. Rescue cheetahs.

Like rhinos, cheetahs are in great danger. Currently, there are only 6 000 remaining in the world. So what’s the problem? Unsurprisingly, it’s me. And you. All of us two-legged creatures. You see, cheetahs need space. So do we. And since we have weapons, we win, forcing cheetahs to live in much smaller spaces than nature intended. That causes inbreeding. 25 % of cheetahs are born with genetic defects.

Another problem for cheetahs are the weapons themselves. Farmers shoot cheetahs as they believe they threaten farm animals. A third problem with us humans – the least palatable, in my opinion – is fashion. Fur fashion. 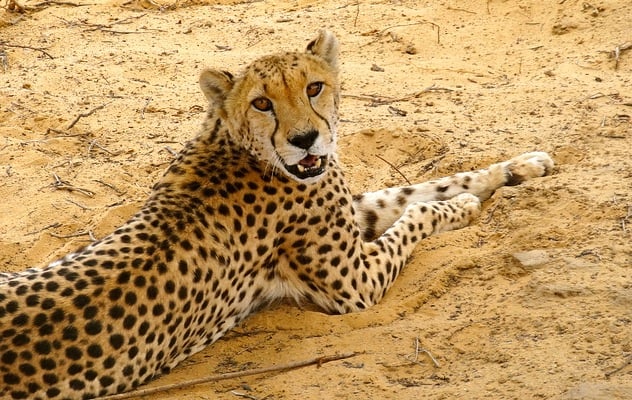 Disclosure? Nope, nothing sponsored here – neither at Inverdoorn nor in Cape Town.