Riga: a harvest festival, a Soviet memorial, a hundred years 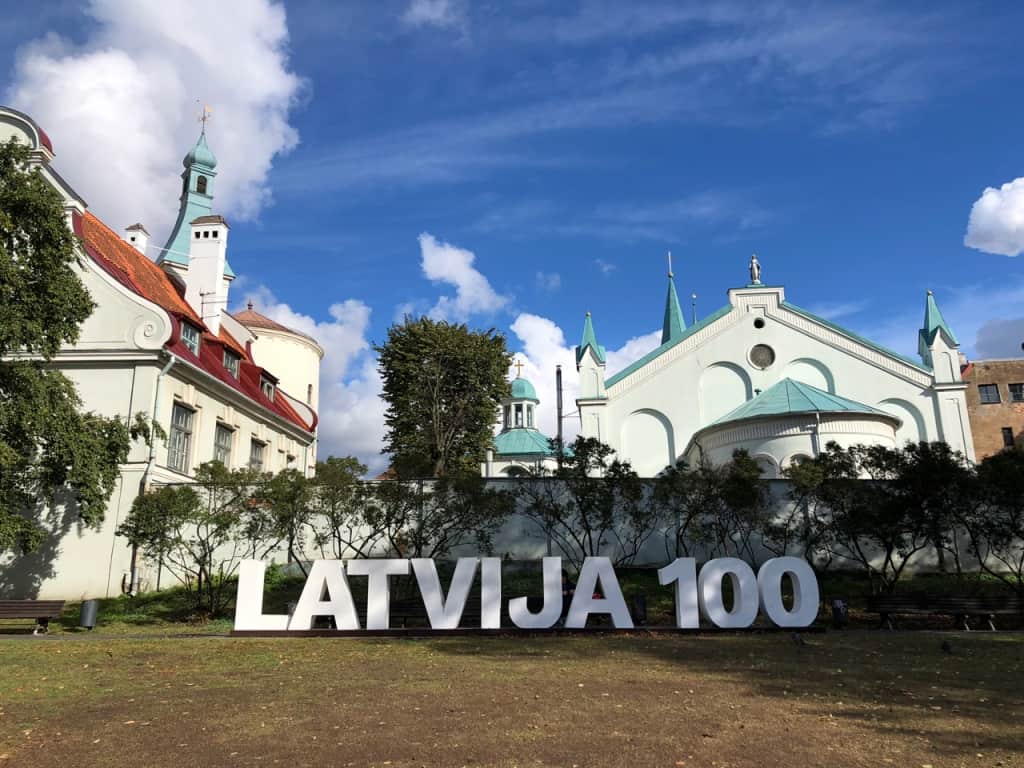 1918! A monumental year. World War I ended, empires broke up, national borders were rearranged, political orders changed dramatically, and new countries appeared. One of these was Latvia. The little Baltic country declared its independence from Russia on 18 November 1918, just one week after the end of the war. Sadly, a new war came along, followed by a 46-year Soviet re-occupation. Same shit, new wrapping, you could say.

Latvians don’t quit easily. On 21 August 1991, the country declared its independence yet again. Nevertheless, Latvia is celebrating its centenary of statehood this year – that’s as it should be. The right time then, to share (a few) words – and (a few more) photos, to inspire you to take a closer look at its capital city.

There’s much more to the city, of course, and I’m spending the weekend exploring it with three friends. I’ve been in Riga many times, so today I am looking for the new: new angles, new smells, sounds, tastes, sights – and snapping away with my iPhone, through the cold, the rain and the biting wind. You’re welcome!

(Also, scribbling these notes in the most romantic cafe in Riga. No romance for me, though. But there is free wifi.) 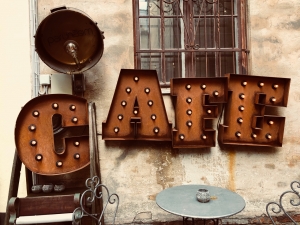 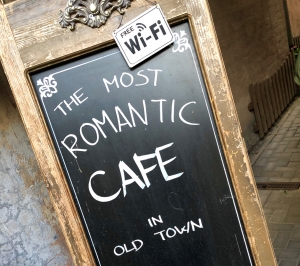 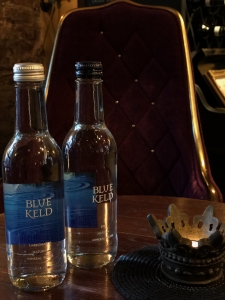 If you have an image of Riga in your mind, it must surely be this: the cool Gothic construction known as the House of Blackheads, built for a 14th century guild, a brotherhood, for unmarried businessmen. And foreigners. Interesting, isn’t it? And rather beautiful. The original building was bombed during World War II, so what you see today is the reconstructed version. 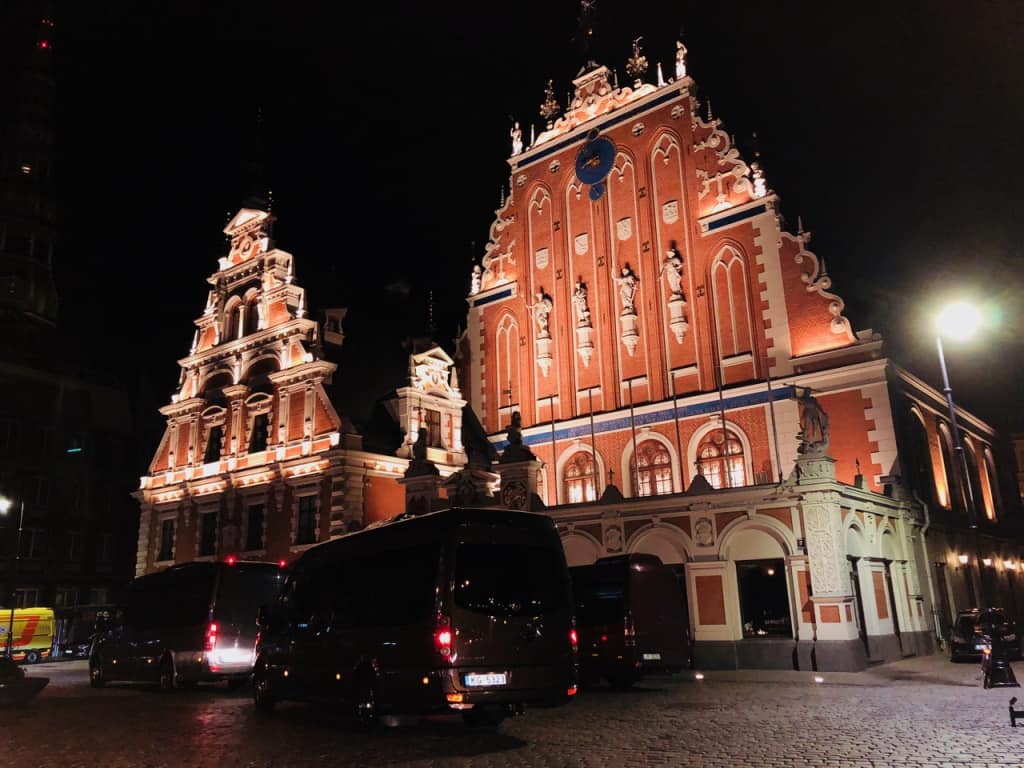 Round a corner and down a little side street, you might just stumble upon this… 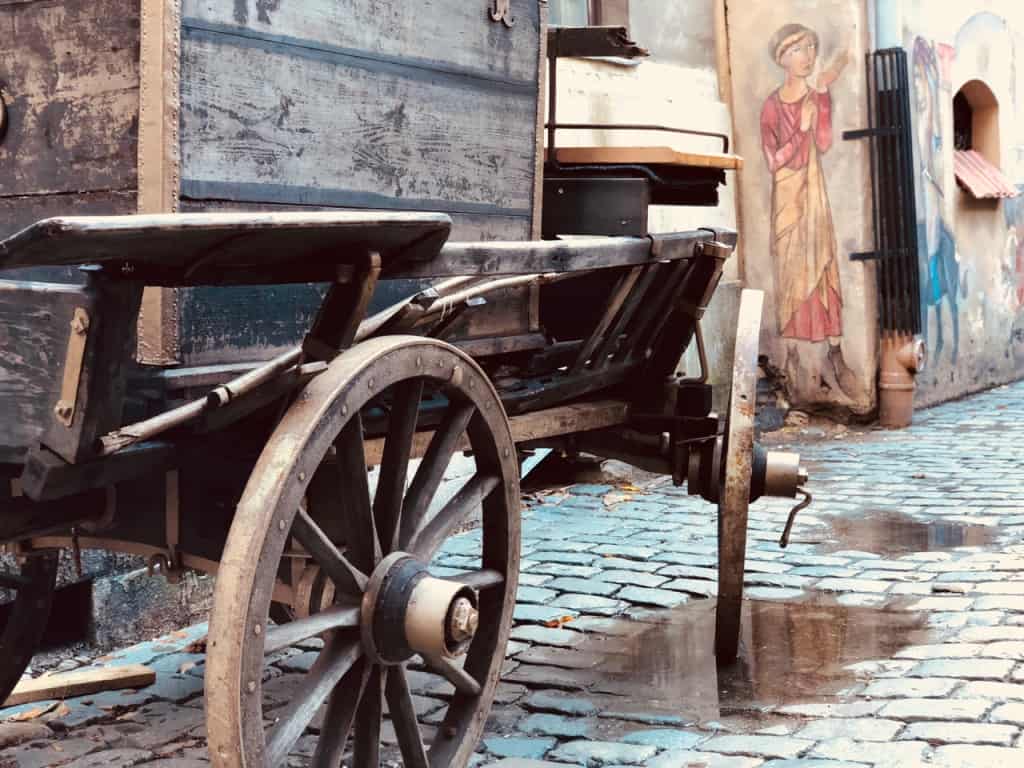 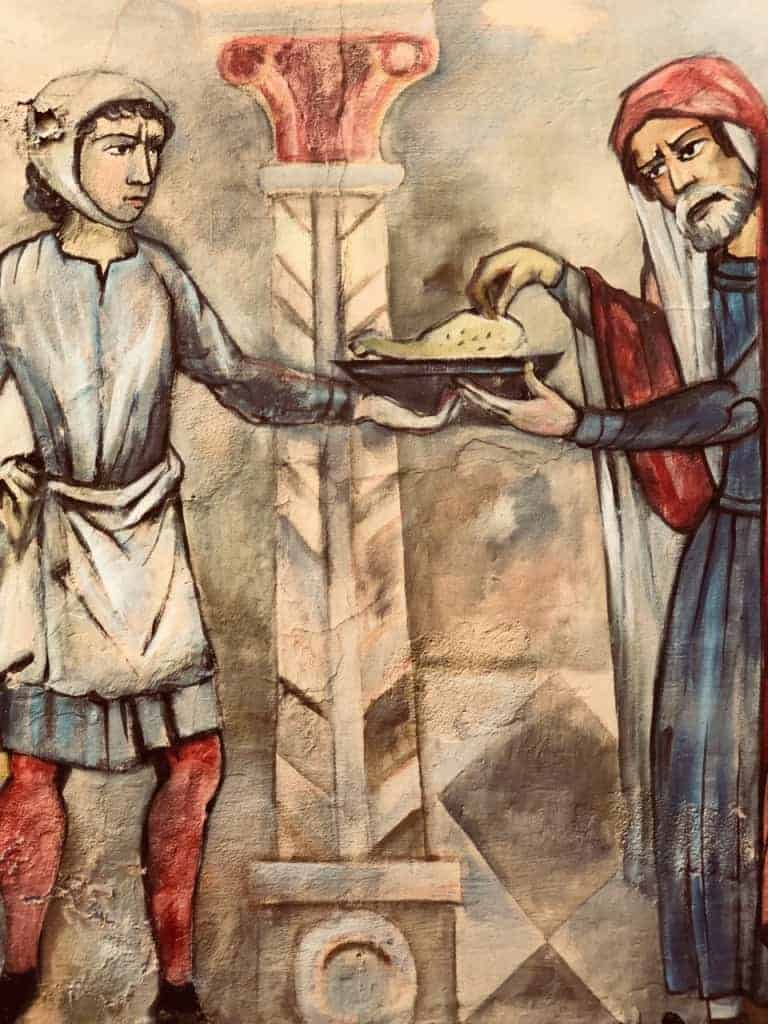 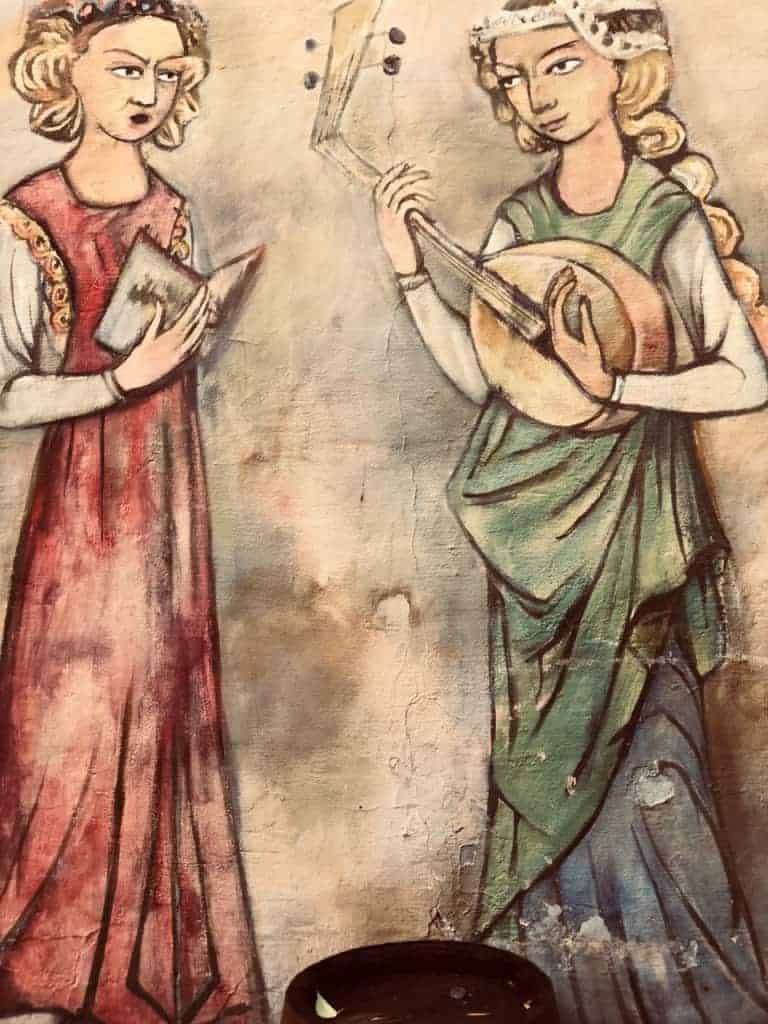 … and delightfully timeworn buildings, such as this. 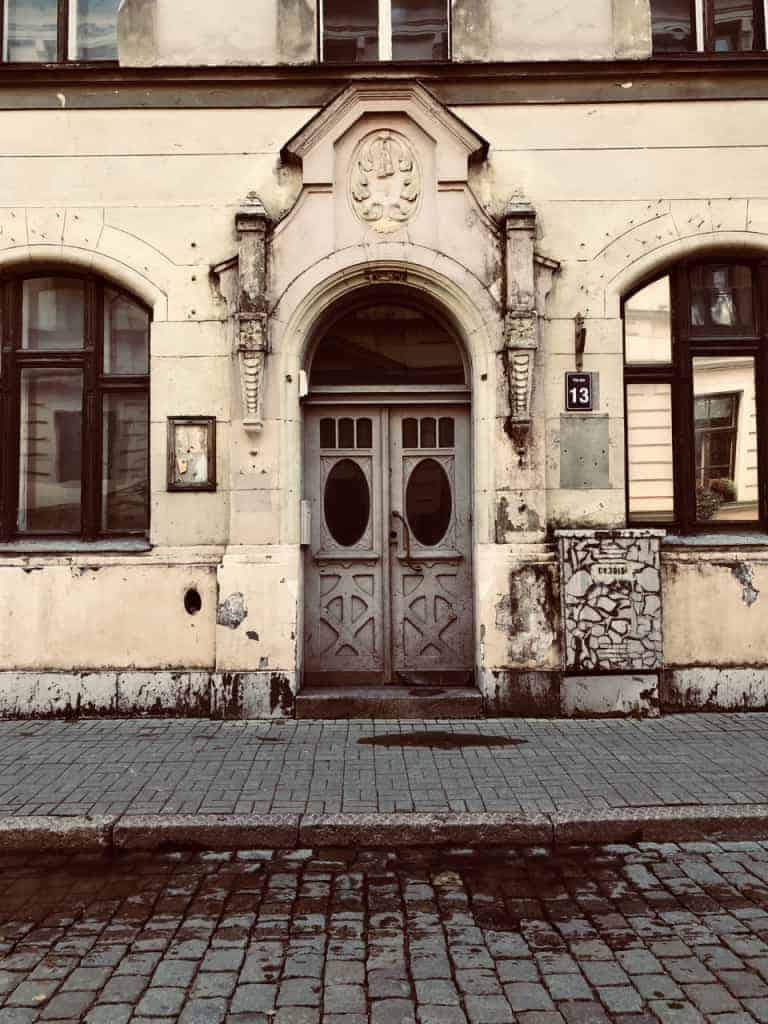 We pass by a crow sitting on a rubbish bin, being very displeased and not afraid to let you hear about it. The source of her displeasure? Cats! In the street, behind bins, underneath cars, among flowers, inside windows, paying close attention. 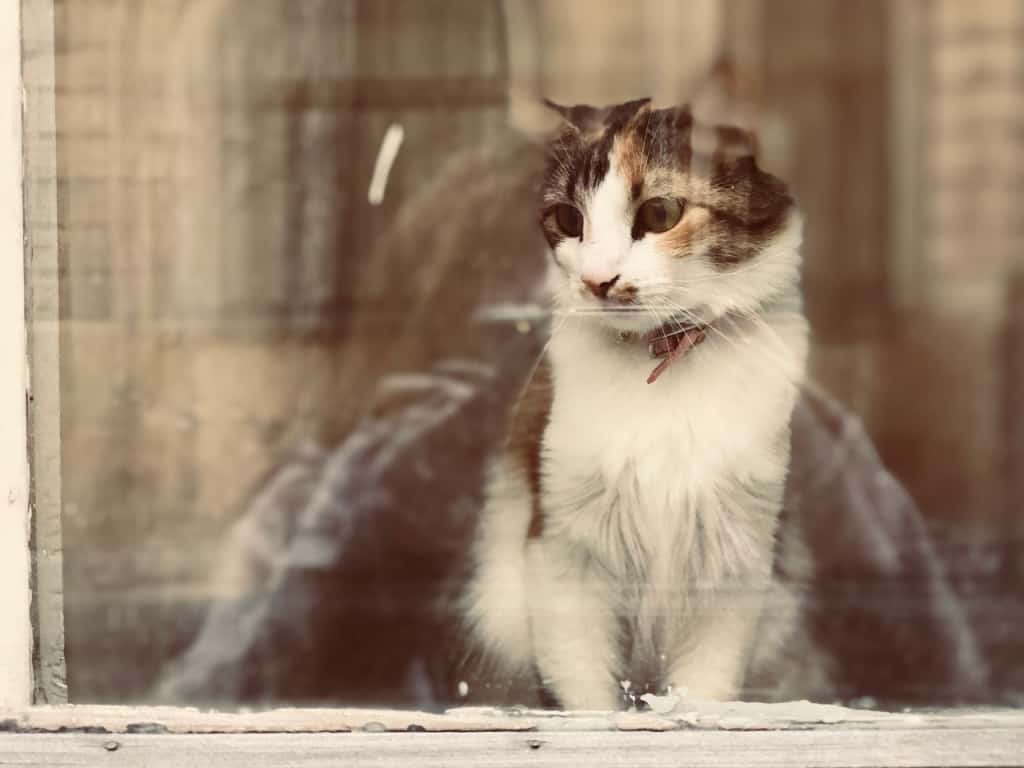 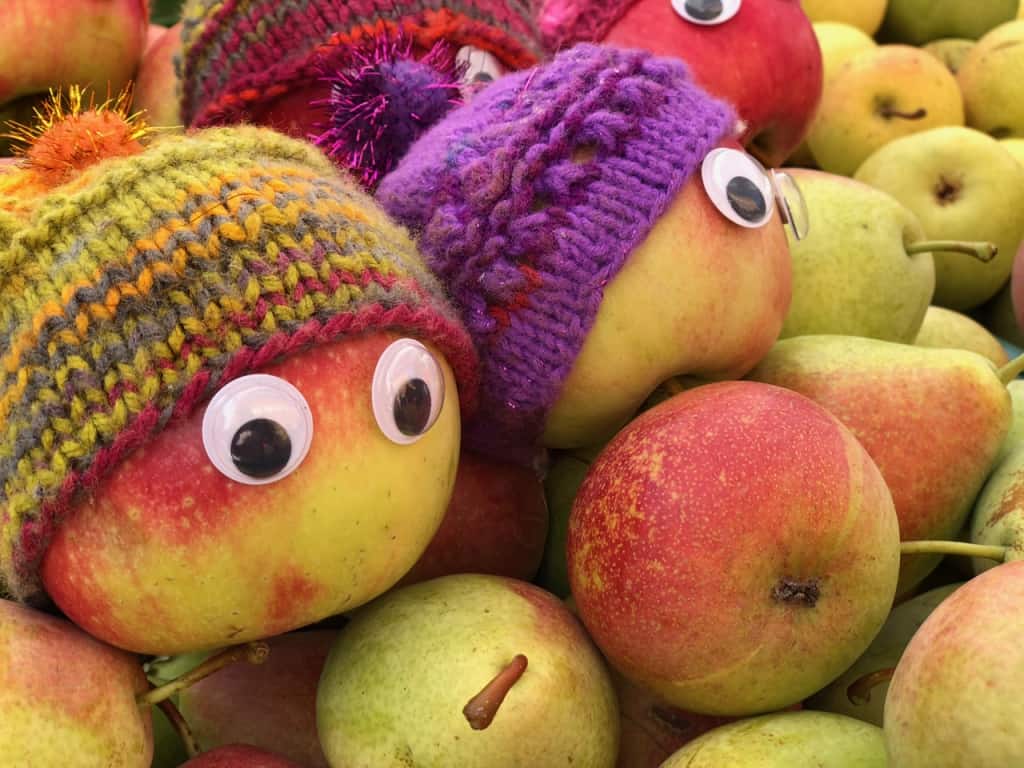 We happen to be here during the annual Harvest Festival. Pure serendipity; we had no idea. 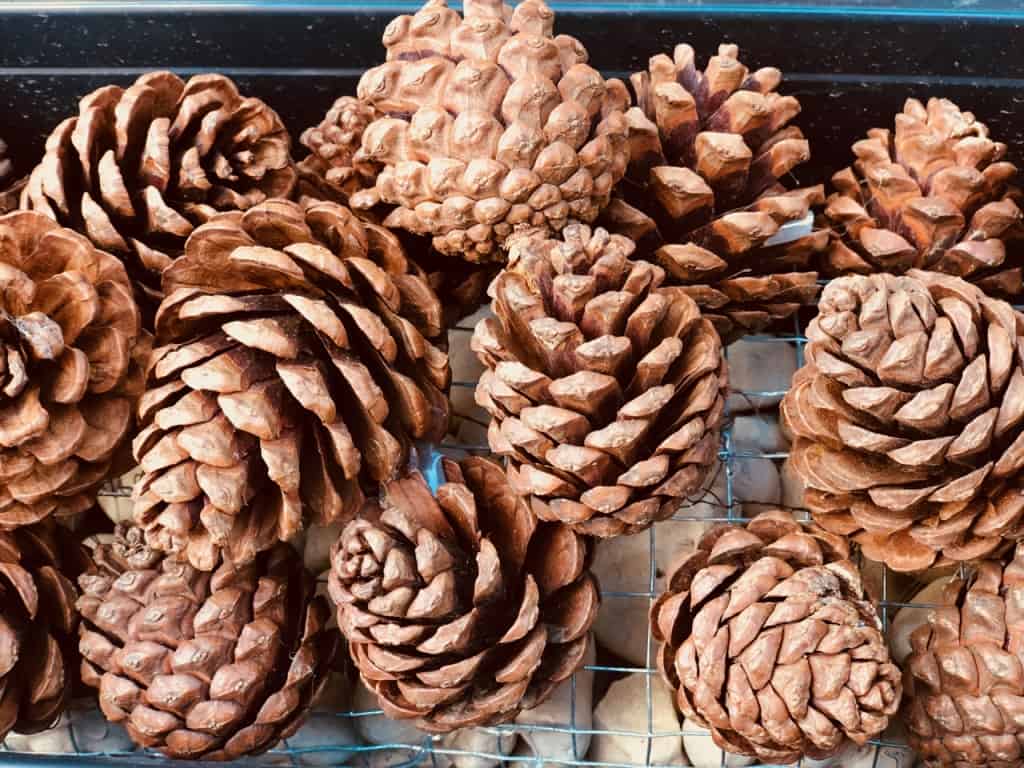 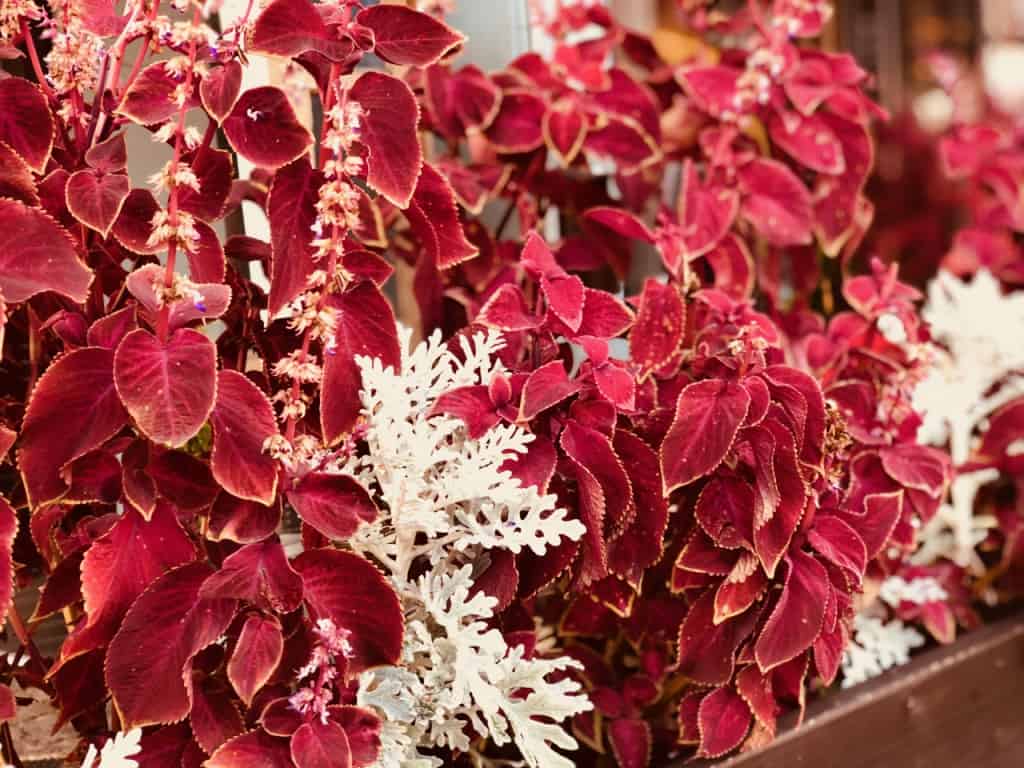 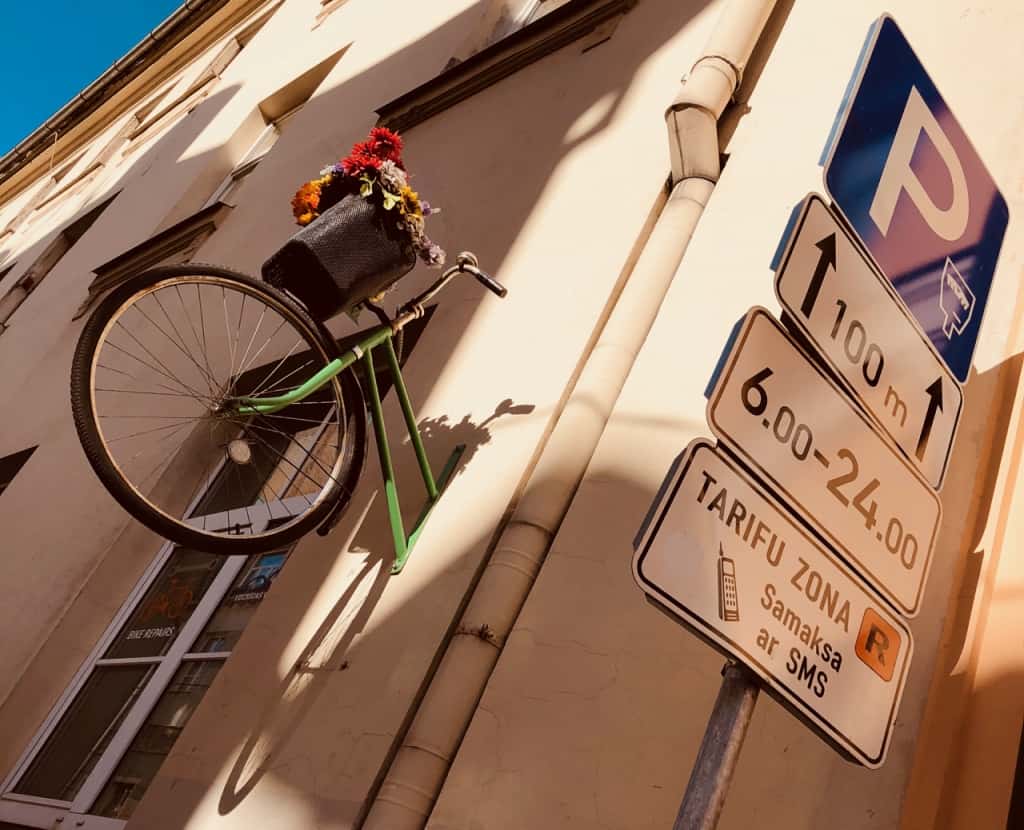 There’s singing and dancing. By amazingly talented kids, for the most part.

On Cathedral Square, farmers sell fresh fruit, baked goods, meats, arts, crafts, you name it. Reading up on it, I learn that this is a centuries-old, pagan festival celebrating Miķeļi, the autumn equinox. Summer is over, and winter is coming, and with it, ghosts and spirits. The dead pop back here for a bit, to check on those of us still remaining. 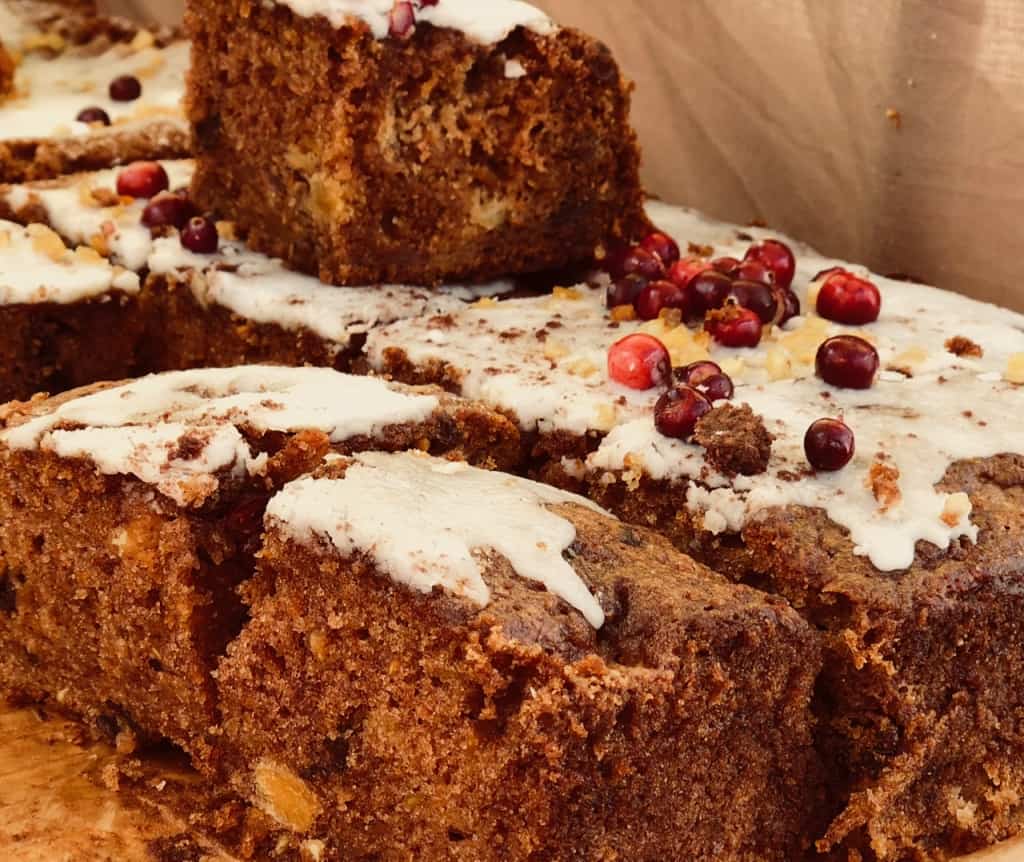 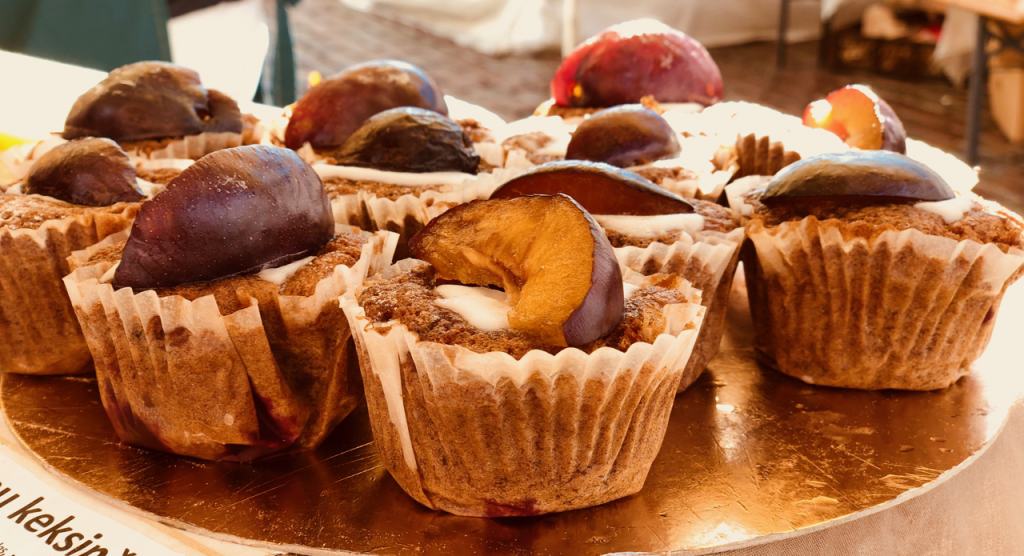 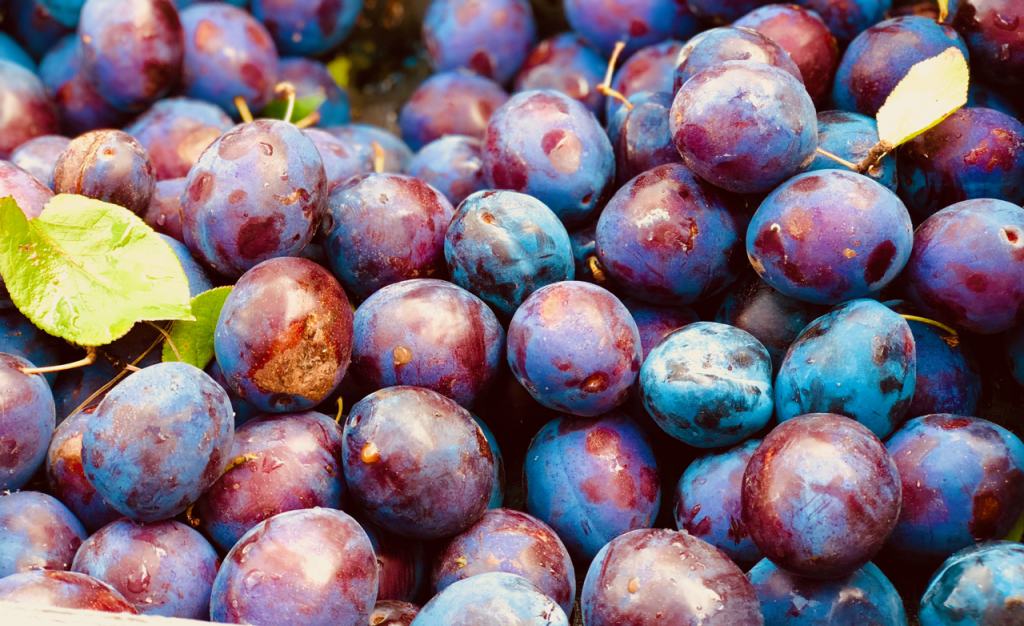 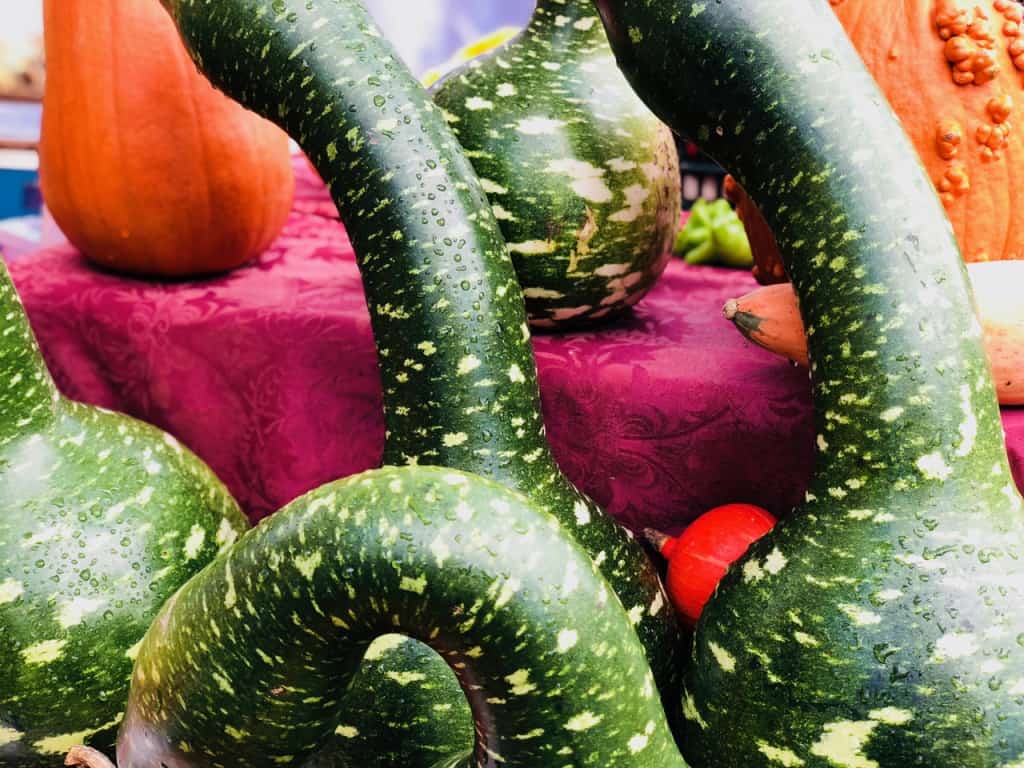 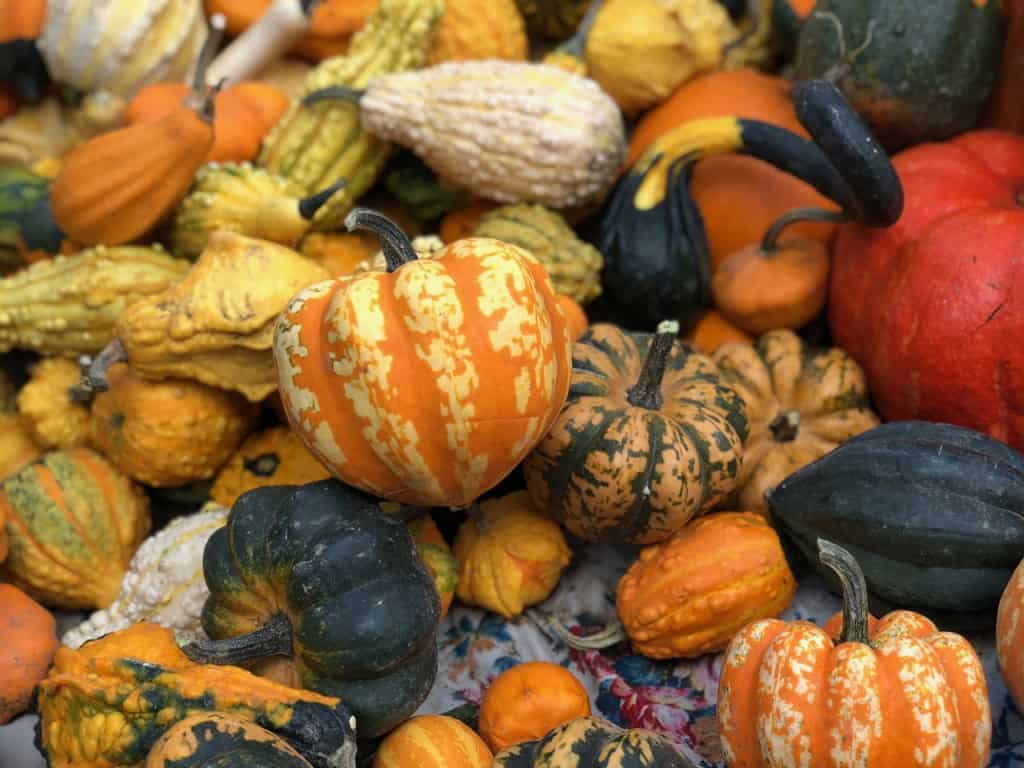 We’re on Cathedral Sqaure, so naturally stop by the cathedral (Riga Dom), just in time for a 20 minute organ concert. The acoustic is fantastic, the huge organ is magnificent, and the concert simply sublime. I’m not even bothered by the soft clicking sound of a Rubik’s Cube next to me, worked deftly by a boy, about 12 years old. At times, he doesn’t even look at the cube, but instead appears to be listening intently to the music, moving his head rhythmically.

USSR – gone but not completely forgotten 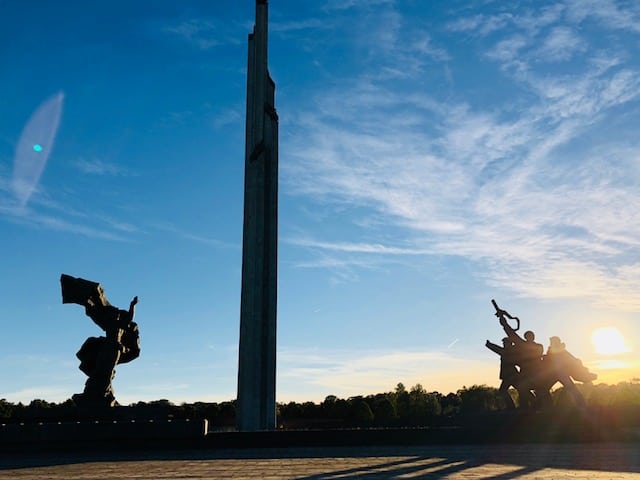 At one end of Bellevue Park, I walk past the Victory Memorial, commemorating the Soviet victory over German forces in World War II. Not surprisingly, this memorial is controversial. So much so, a nationalist group tried to bomb it in 1997. No luck for them, though. Not only didn’t they succeed in blowing up the monument, but two of them managed to get themselves killed in the process.

Here it is: A massive Mother Russia and three Soviet soldiers, either side of a 79-metre high monolith. And a UFO, I like to think. 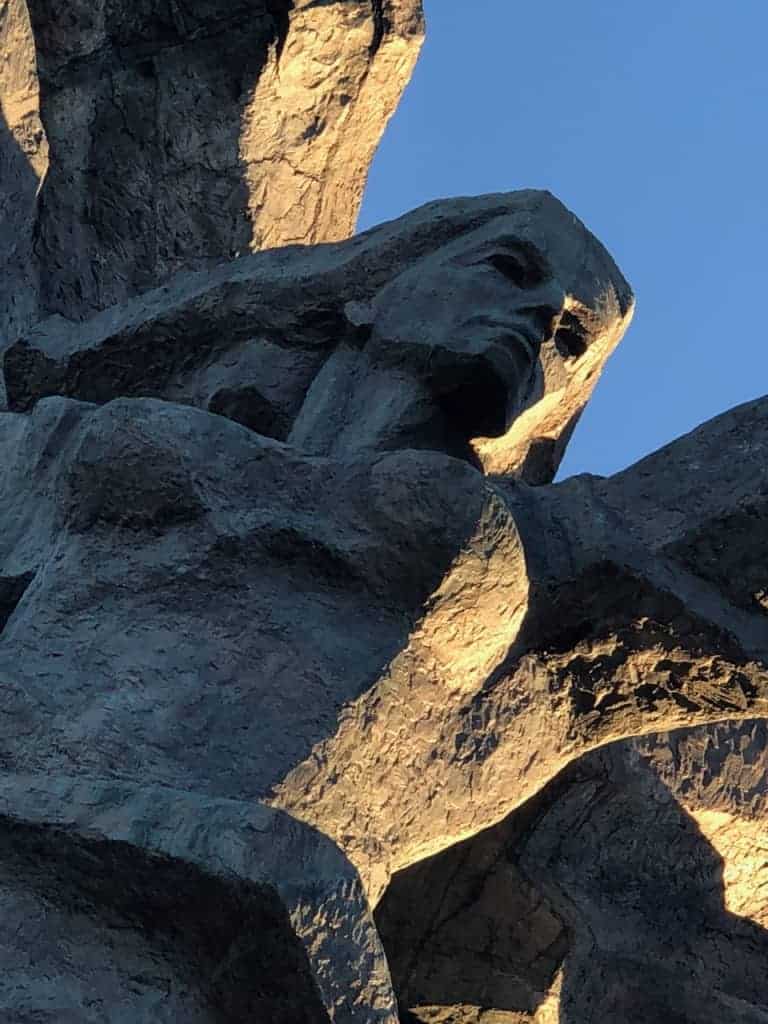 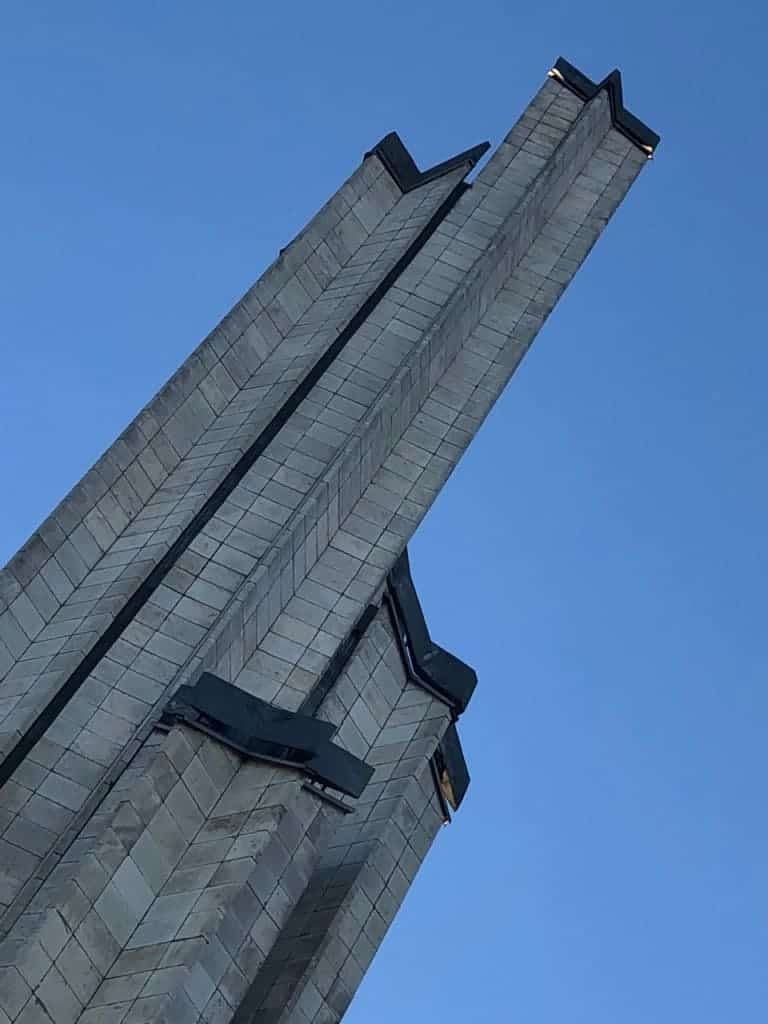 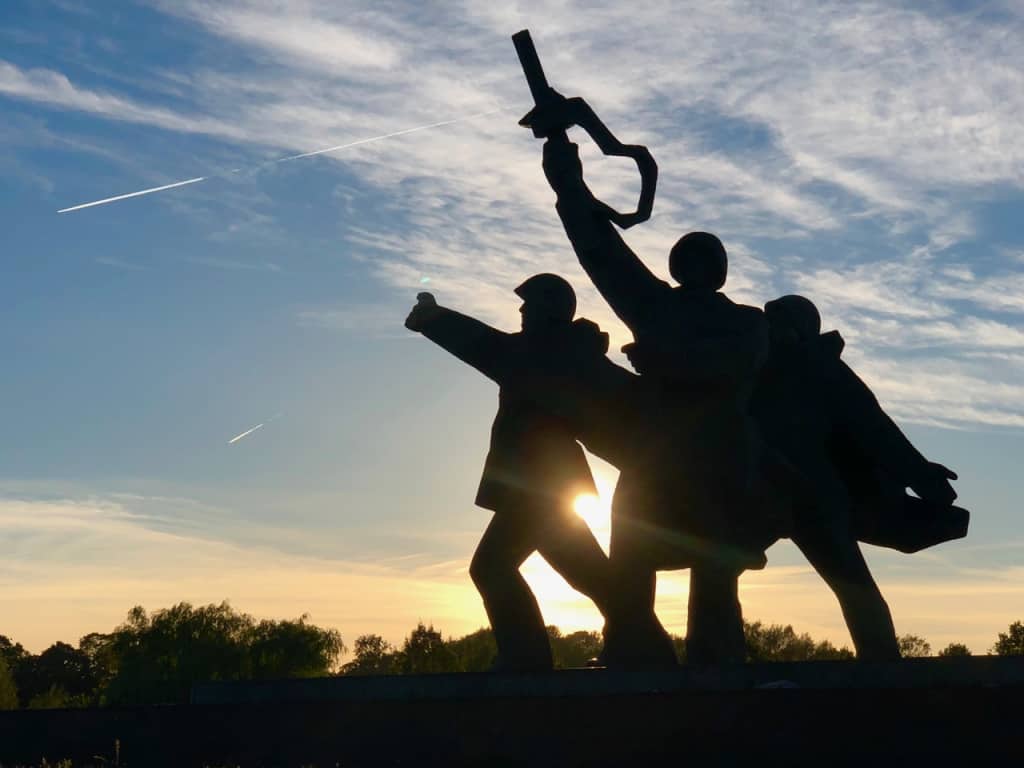 USSR at sunset – and busy skies

Walking back through Bellevue Park, I pass more remnants of Soviet times. These apartment blocks have an eccentric charm all their own. 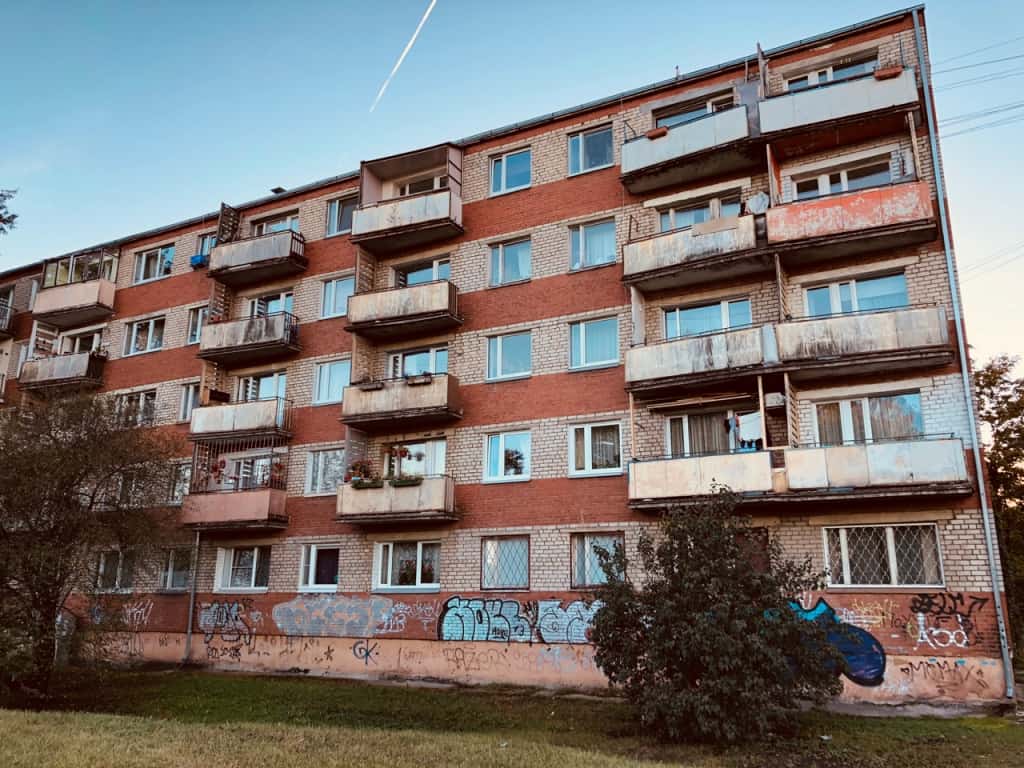 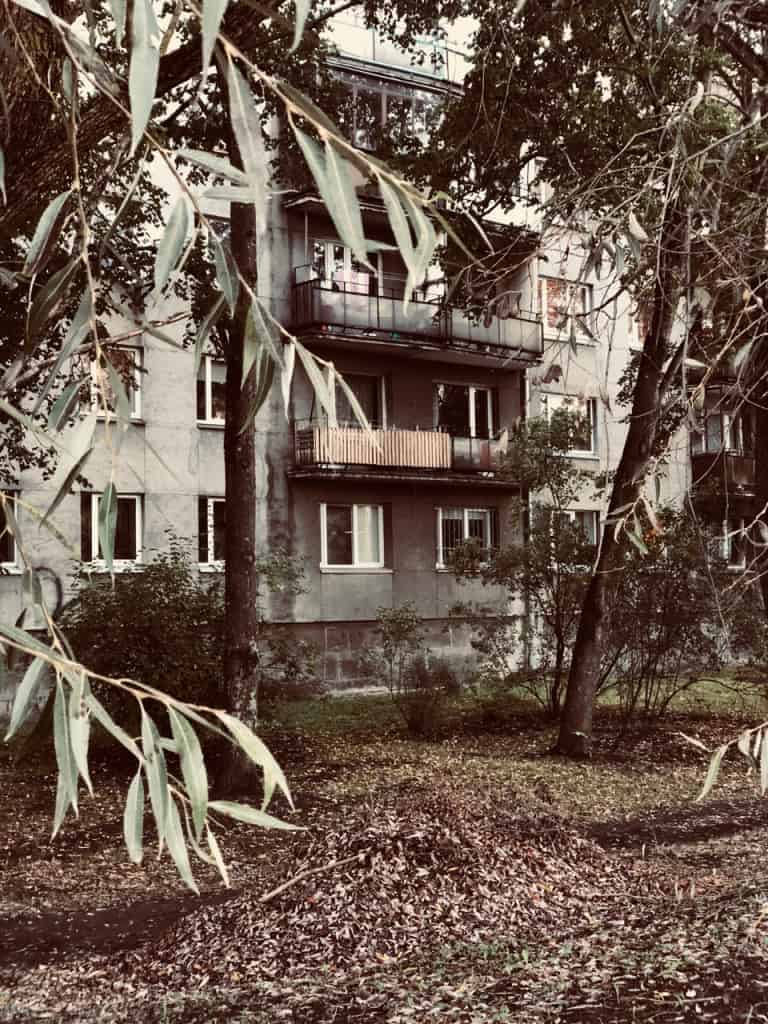 And back in Vecriga (Old Town), I’m loving the little streets, colourful cobbles in the rain. 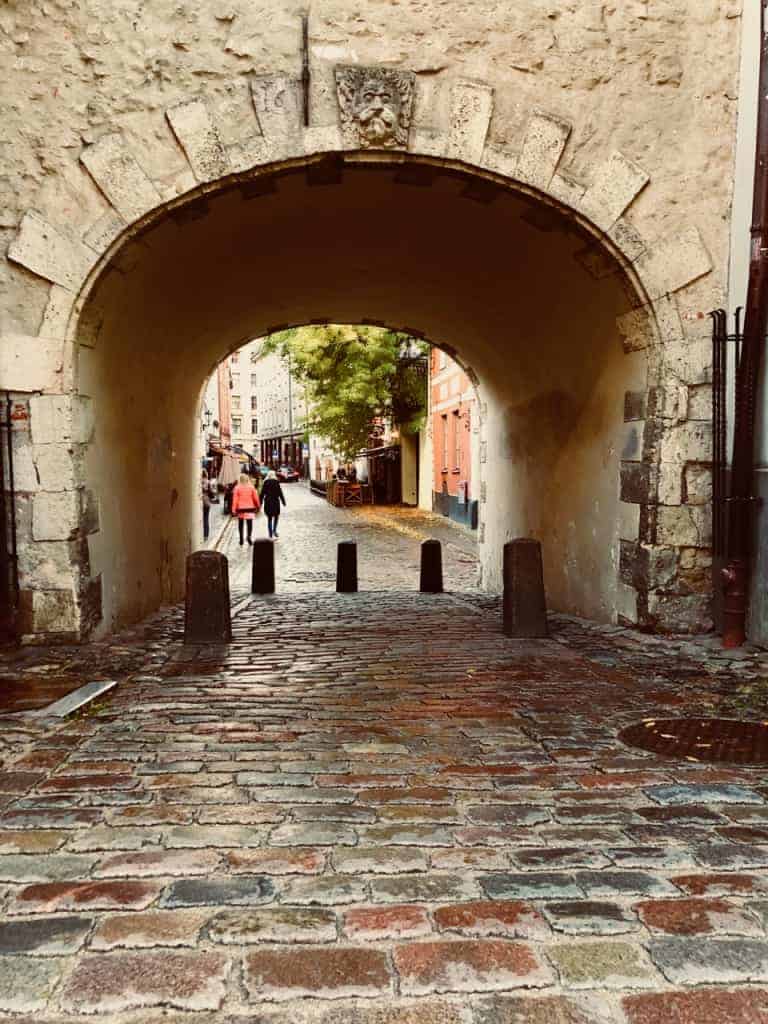 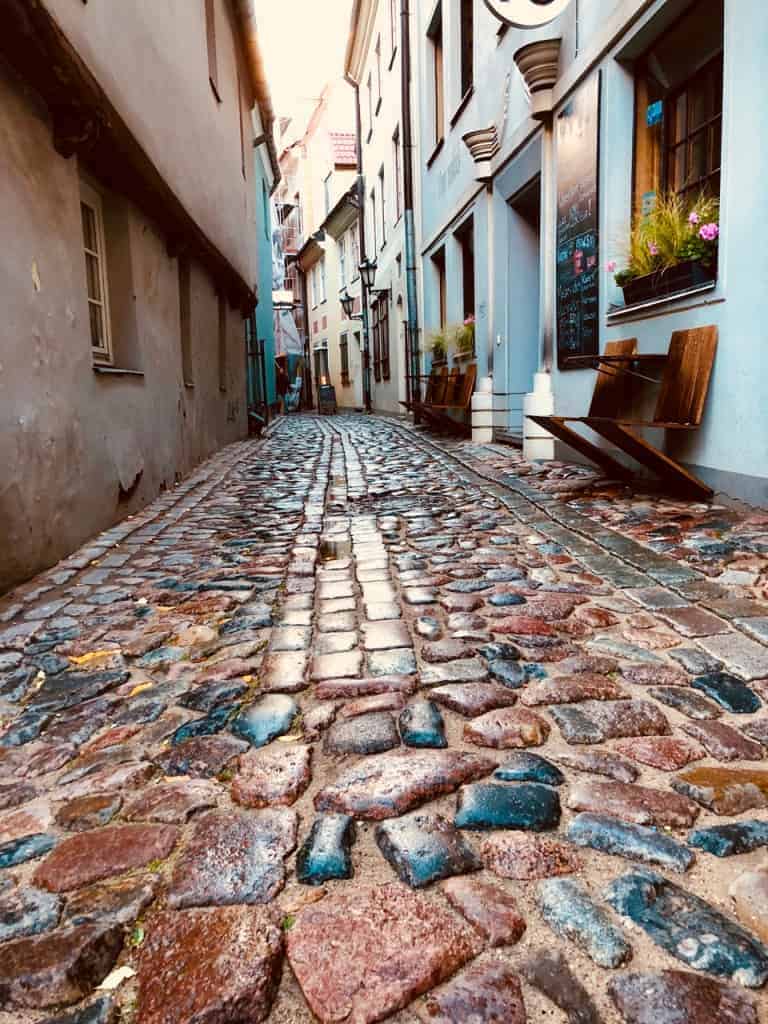 And that cat again; my good self a ghost in the background. Just because! 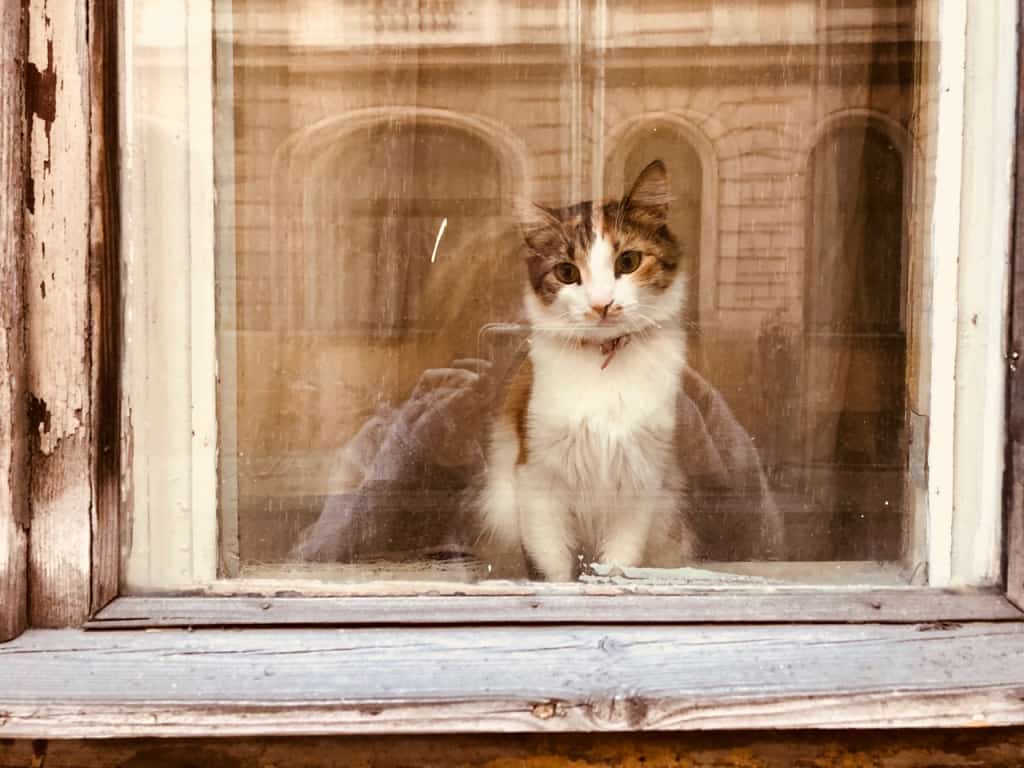 Happy birthday, Latvia. Here’s to the next 100 years!