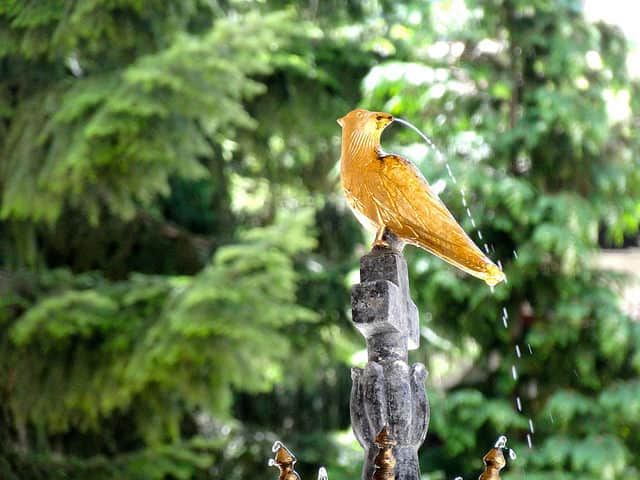 Last week, I told you about a wee church – but a very special church – on the outskirts of Sofia. Well, I decided to remain in Bulgaria just a bit longer. This week, I thought I’d take you along to another treasure. Today, we’re going to Rila Monastery, about 125 km from the Bulgarian capital, to wander around a curious and beautiful site in the mountains, probably my favourite spot in the country (though it must be said, I haven’t yet seen it all.)

What awaits inside the portal? 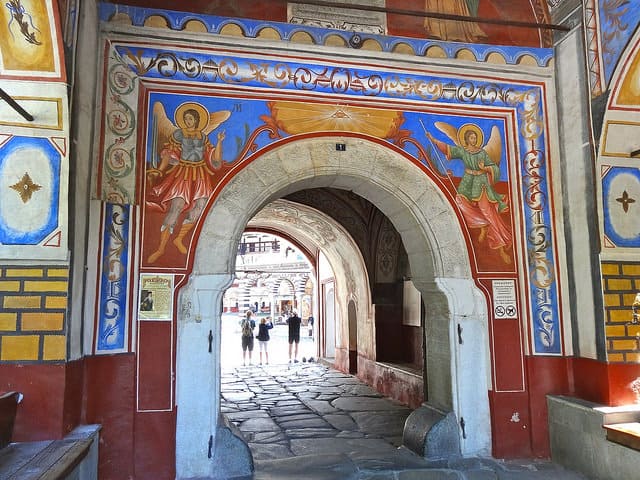 Let’s step inside the portal. Or rather, the Dupnitsa Gate. And what awaits you is an enchanting world. A world with vibrant colours and exquisite works of art, a world with plenty of space for quiet contemplation in the fresh air. It’s a sacred world, yet you don’t have to be the slightest bit religious to appreciate the spiritual atmosphere.

You’ll see covered stairs and stunning hallways outside the monks’ apartments. There are porticos and arcades, like this magnificent corridor. 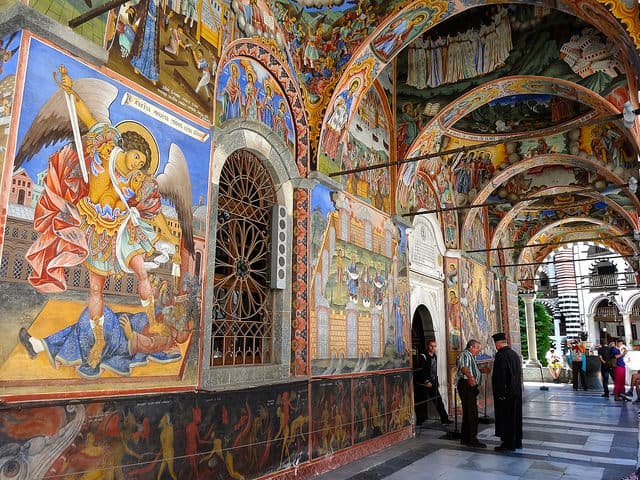 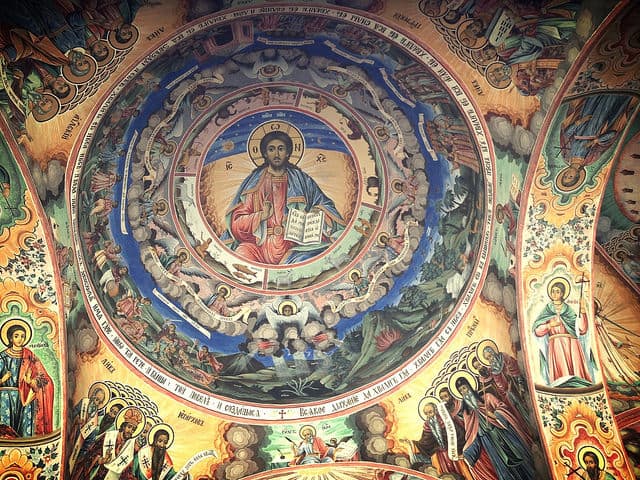 Here’s what UNESCO has to say:

Rila Monastery was founded in the 10th century by St John of Rila, a hermit canonized by the Orthodox Church. His ascetic dwelling and tomb became a holy site and were transformed into a monastic complex which played an important role in the spiritual and social life of medieval Bulgaria. Destroyed by fire at the beginning of the 19th century, the complex was rebuilt between 1834 and 1862. A characteristic example of the Bulgarian Renaissance (18th–19th centuries), the monument symbolizes the awareness of a Slavic cultural identity following centuries of occupation.

Now, St John – or St Ivan as he is known as here – lead a simple life. He lived in a cave in the neighbourhood and the monastery was built in his honour by his devout followers. Ivan’s cave, as well as a little church, are just a few kilometers further up the mountain; it’s well worth the short hike (about half an hour). 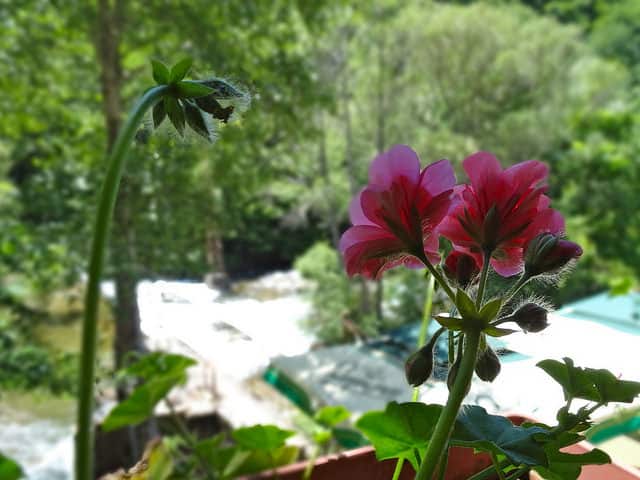 Rila Monastery also played an important role in preserving Bulgarian identity during Ottoman rule, and has served as a hideout for many a revolutionary.

The monastery is an easy day trip from Sofia. If you have plenty of time, you can take a train/local bus, or the once daily direct bus. If you’re feeling brave (re reading maps and signs in Cyrillic), you can rent a car. If you’re at least 2 people, the easiest option is to book a shuttle, or even taking a tour. Some tours combine Rila Monastery and Boyana Church. That would be an efficient way to get a look at both these World Heritage sites. 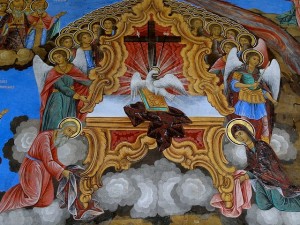 Have you visited Rila Monastery? Would you like to?

Hop over to this week’s Travel Photo Thursday for more fab pix from around the world.