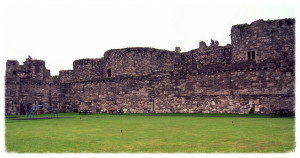 Another Sunday, another segment in our family road trip in Wales. Today, it’s all about Ynys Môn, better known as Isle of Anglesey. (If you’re wondering why Cat looks a tad younger, it’s because this is from our first road trip in Wales, when she was seven.)

Immediately after you’ve crossed Pont Britannia from the mainland to Anglesey, you’ll notice a sign for Llanfair. It might even say Llanfairpwllgwyngyllgogerychwyrndrobwllllantysiliogogogoch. I wondered if it was the longest place name in the world, but it seems there is a Maori name that’s even longer. The official name for Bangkok is even longer again.

But there’s of course more to Anglesey than long place names. There’s Kate and William, for example – and now also Baby George. The Cambridges live on the island since Wills works at RAF Valley as a helicopter rescue pilot.

I expect this has brought more visitors to Anglesey the last few years. When we were there, in 2008, it was relatively quiet. The locals I spoke with – all very fond of their island – indicated they preferred it that way.

We spent one day on Anglesey and it wasn’t nearly enough time. The time we did have, we spent mostly in the town of Beaumaris (pronounced Biwmaris locally).

Beaumaris was a Viking settlement, always dear to a Norwegian heart. No remnants of that can be seen, however. My ancestors weren’t too concerned with leaving their footprints, it seems. Not physical footprints, anyway.

In Beaumaris, we visited the interesting old courthouse and the suitably thrilling Beaumaris Gaol. We stopped by the 500-year-old Tudor Rose, and marvelled at the tiny door. 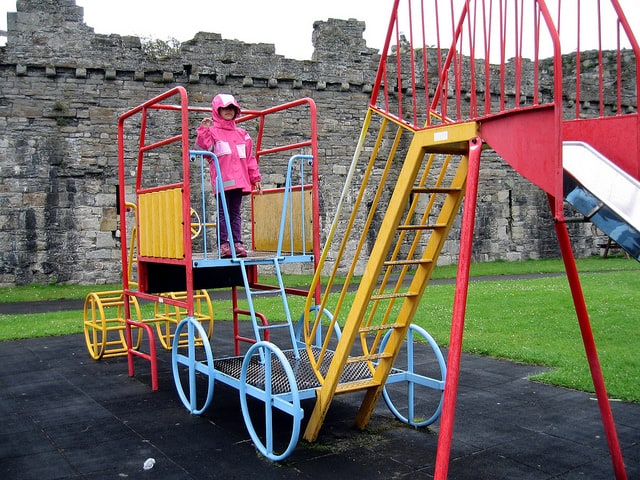 But first we wandered around Beaumaris Castle in the rain. This is one of four medieval strongholds dotted around Northern Wales built by King Edward in the 13th century. I like how many of the ancient castles have easily accessible playgrounds immediately outside. Playing against this backdrop, perhaps an interest in history will seep into the young minds while sliding down the slippery dip. One can always hope… 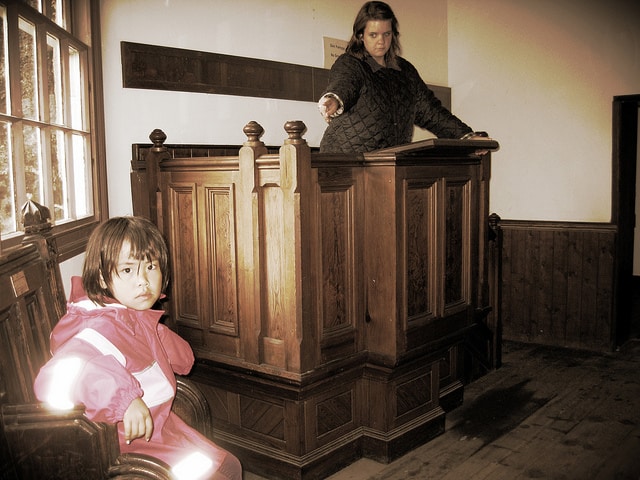 The 400-year-old courthouse is still in use today, albeit only once a year. It’s possible to get a bit theatrical here – and my kids enjoyed both the courthouse and the gaol. Like being in a Dickens novel. 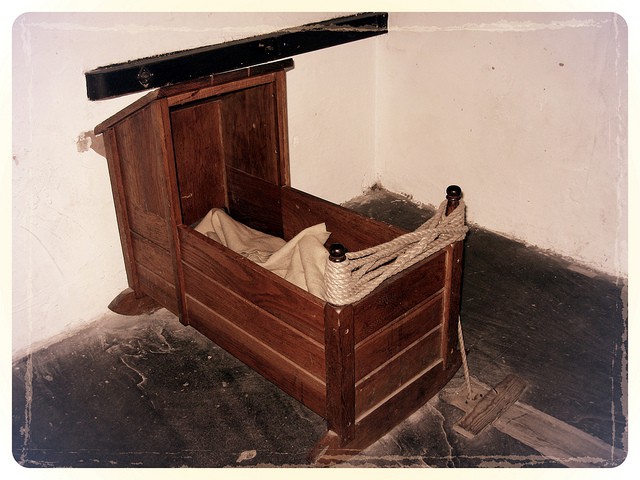 Walking through this slightly spooky building, you get a certain feel for how it might have been to be a prisoner almost 200 years ago. Despite chains and beatings, this was quite a humane institution for its time. My favourite feature is the cradle in the photo above. Notice the rope going into the hole in the floor? Women prisoners worked in the room directly below and could easily reach the end of the rope to rock their babies to sleep. 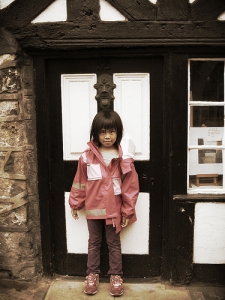 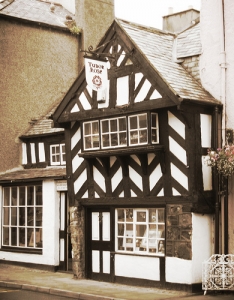 The Tudor Rose is an old timber-frame house. Looks a bit odd among the tall modern buildings. It’s interesting to think about how this street might have looked in 1480 when the Tudor Rose was built. Presently, this fabulous building houses the offices of an estate agent. Must be a very atmospheric and inspiring place to work. Can’t help wishing it was a tea house, though.

What we would like to see and do next time on Anglesey:

We need about a week, I reckon.