I’m about to write a little something about China’s Grand Canal, yet another fascinating engineering marvel, when I’m reminded, I haven’t told you about my monetary misfortune at that very spot. I really should, as a cautionary tale. Grand Canal will have to wait. Again. So here is a do as I say, not as I do-story. Do not fall into the same complacency trap as I did. Consider yourself warned. 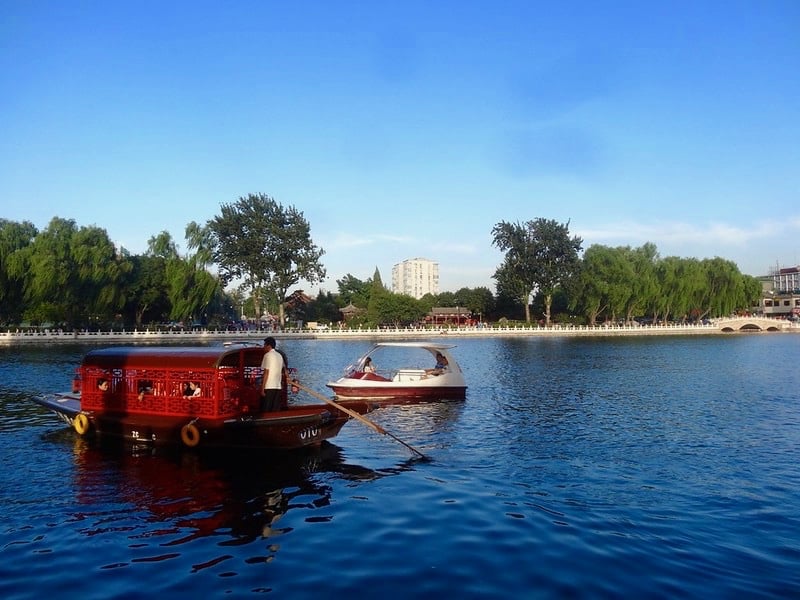 It’s early August in Beijing. I’m wandering around Shichahai, the northernmost part of the Grand Canal. Must be around noon. International chain operations are always a bit of a downer, but it’s scorching, and Starbucks out here is in a traditional building, has green parasols and wonderful lake views outside, and looks pleasantly cool.

I buy a sandwich and some water, pay with a credit card, put it back in the wallet, shove that to the bottom of my bag, and close it. I take it all outside, and sit down to write for a while, then get on with exploring this pleasant lakeside area. The hours while away.

As night falls, it’s time to return to my bed for the night. I’m off to North Korea tomorrow, so want to get some rest before taking the train to Pyongyang. Wandering over to Shichahai metro station,… 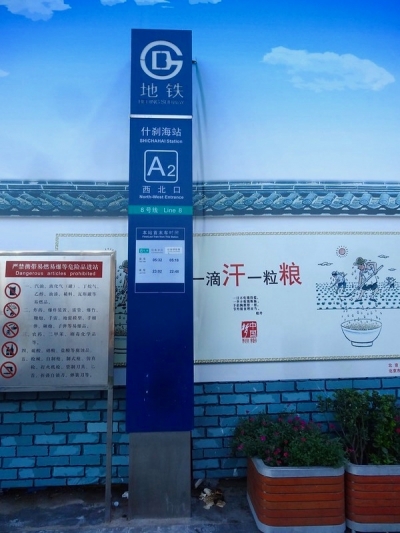 … I fish out coins for the fare from my pocket and jump on the metro bound for Beijing’s central railway station. As I sit there, I decide to get a bottle of water to take back to the hotel and feel around in my bag for the wallet. 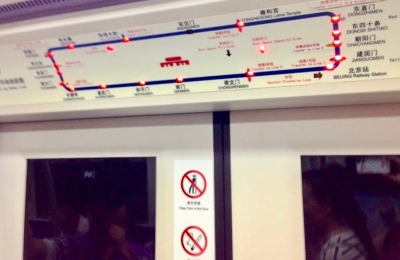 Ah, there it is. Hm! It’s awfully skinny. Almost anorexic, I would say.

When can this have happened?

Preoccupied with those thoughts, I almost forget to get off the metro.

Now what? I could panic. I’m really more angry, though. I want to punch something. Or roar like a raging lion. But let’s face it: no one would probably even notice. They might not even notice if I dropped dead on the ground here. The area outside Beijing Central Station is that crowded at night. Punching things and roaring would be a waste of time.

The police then! Hey, there’s a police office just next to the station here.

Well, whaddyaknow, it’s closed. What now? And what about cash? How will I get more? Can’t go to Pyongyang without it. Will I have to cancel North Korea and go home instead?

I actually consider it – for about 30 seconds. Then fury takes a new hold. Not on your life. You may have robbed me blind, you thieving whomever-you-are. But I’ll not let you ruin any more than absolutely necessary. I decide I’m going to view this as an inconvenience. This is the 21st century, after all. Things can be solved. Even in the land of no social media, or no google.

Back at the hotel, I sit down on the stairs outside, with the water bottle I bought with the remaining coins in my pocket. So much for dinner tonight. And breakfast tomorrow. No big deal, though. I’m running on anger adrenaline anyway (is there even such a thing?), and food is the last thing on my mind.

Aha! I may not have funds. But I have time. And time, as we all know, is money. Beijing is 6 hours ahead. Night-time here is still business hours at home, so I call the bank.

The wait until I get through seems interminable, but finally, after about 10 minutes, I can cancel all the credit cards. Phew!

What about emergency cash? That, I am told, is possible. The bank can transfer funds through Western Union. Phew again!

Do I know where a WU office is? No. But how hard can that be?

More phone calls: to Western Union – where is the closest one? A couple of kilometres away, it turns out. Not bad. Except it’s closed. Tomorrow morning, then.

More phone calls. To the insurance company. Home. Tour operator who has my train tickets to Pyongyang for tomorrow. This all takes a while.

First thing next morning, Western Union. The first one doesn’t have the pickup-cash service. Another couple of kilometres then. No matter. I have energy. Tons of it. Nervous energy. And it’s early, so not too hot.

1,000 dollars. Fresh, crisp notes. I spread them out in every pocket. Some in my bra.

Then to the police office by the railway station. I need to report the theft, and get documentation for the insurance. 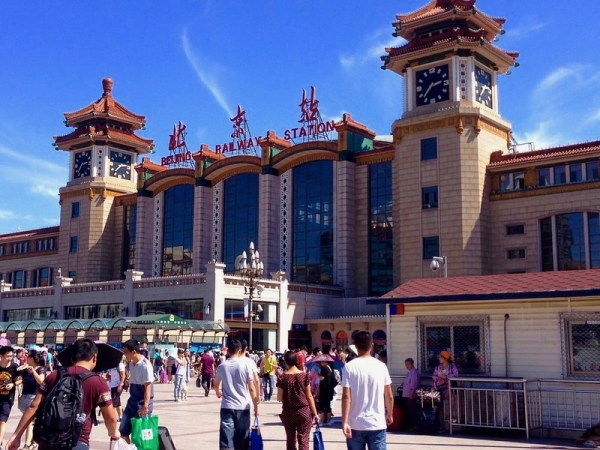 Not as crowed this time of day. That’s at least something.

Reporting theft turns out to be more difficult than I had anticipated. No one speaks English – and my Mandarin is very limited. I’m only in Beijing because this is where the Pyongyang train leaves from. 2 nights at either end.

Sign- and body language don’t seem to do the trick either.

After a brief detour to the mental land of frickin’ annoyed, I have another aha moment. The Norwegian embassy!

Another phone call. Can they help? Well, they can’t come around, but the secretary can help with translation over the phone.

But we’re not there yet. Quite a ways from it, as a matter of fact. You see, the main concern of the police is to find out exactly where I was robbed. I don’t know! I didn’t notice. Could have been at Starbucks out by the lakes. Could have been any time after that. Must have been in Shichahai, that’s all I know.

But something stops me from saying that. Instead, I say I noticed the money was gone as I arrived at the railway station last night, and I’m hereby reporting it, so could you write up a report I can give to my insurer? Please?

Not so fast! Where exactly did I discover this? Was it at this side of the station – or over on the other side? Because if it’s on the other side, it must be dealt with by another branch of the police.

Damn it, I can’t remember exactly where I got off the metro. My mind was a bit preoccupied. And people were everywhere!

But at least my wits are still in working order. Unashamed, I say: here! Right outside the door here!

He does not look happy. I’m hard work, it seems! Irritated, he waves me over to a seating area, and motions me to sit down.

I wait. And I wait some more.

Then back up to the counter. Another call to the embassy secretary.

Man behind counter needs my passport.

Back to the chair.

I see my passport being passed around, into another room, back out, then down a corridor.

I’m feeling a bit concerned. Losing my passport, that’s all I need! But… can’t be helped. I’ll have to trust the universe on this. Reminding myself that in all the years I’ve been on this planet, it hasn’t let me down yet.

As I sit there, a man is led into the station. He seems to have been in a fight; bruised, bleeding, screaming. Seems unhinged. Smells of alcohol. He tries to punch the man behind the counter, but is grabbed by the police officer that brought him in.

I take a closer look. She’s about my height (5ft3), and considerably thinner: not even 100 pounds, I would guess. But damn it, she’s strong. And agile. The unhinged one doesn’t stand a chance.

Then he is brought through a door, down the same corridor as my passport. I can no longer see him. His sounds fade. I can’t help but wonder what will happen to him back there.

Then I’m called to another counter, by yet another officer. As I’m about to call the embassy for the third time, feeling slightly guilty for having to bother the secretary yet again, the female officer comes over.

She speaks English! And she is friendly! I could kiss her. She is pleased to have a chance to practice speaking English. We chat, then she tells the one behind the counter what to do, in no uncertain terms (at least, that’s how it sounds), and hey presto: I get my passport back – and a report – stamped, signed (by me) and fingerprinted (by me).

All is good with the world. 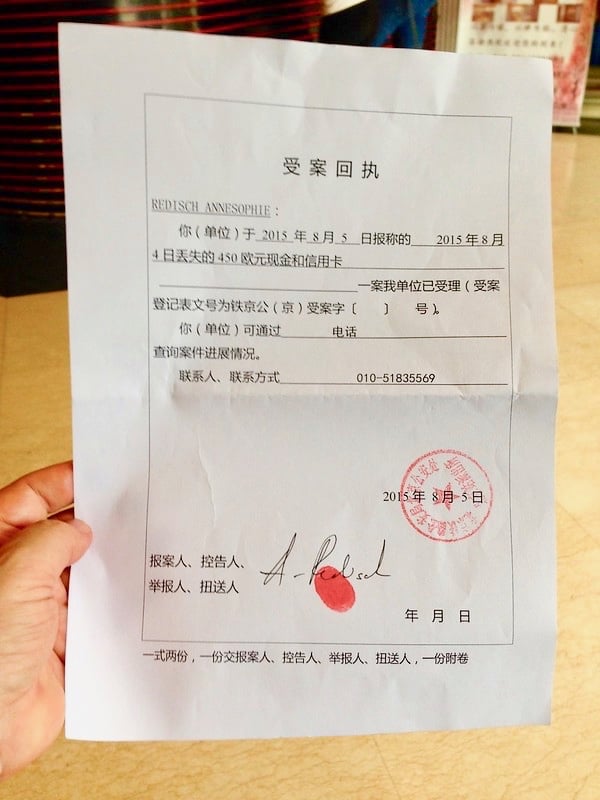 Postscript: Back home, checking credit card charges. Turns out, the culprits went straight to Wangfujing Avenue, Beijing’s premier shopping street. Practically Champs-Élysées, only pedestrian. There, they bought bars of gold with all 4 cards. 50 g and 100 g bars of pure gold. For about a total of 18,000 USD.

They were not amateurs, these people.

Stepping out of my ego for a minute, I must admit I’m impressed.

Granted, I get a bit carried away when I’m exploring, in a lost in time-kind of way. But still…

They managed to extract the wallet from my bag, take out cash and cards, and put the wallet back in the bag. And all without me noticing a thing! That’s some dexterity. High-level proficiency at work here.

Yes, yes. I know what you’re thinking. What you have been thinking all along. I hear you; I do. Just like René Artois in ‘Allo ‘Allo!, you’re saying “You stupid woman”. (Except you don’t have a Belgian accent. Or perhaps some of you do.) “Why did you keep all your cards in your wallet? Surely you know to spread them out!”

And some of you probably add “you stupid woman” once more. For good measure.

You are right! That is all.

Thing is, all this travelling, year after year. In odd corners of the world. Nothing goes wrong. Everything moves along smoothly. No trouble. You become complacent, you see. Lulled into a false sense of security. Taking the ease for granted.

I’ve learned. And the few times I’ve forgotten, I have had someone along to keep me in check.

PS Major cred to Chris @ Young Pioneer Tours, and the rest of the North Korean tour group, for offering to lend me whatever I needed. When I decided I didn’t feel like taking the train back from Pyongyang to Beijing, and didn’t have enough cash for the plane ticket, Chris lent me money for the airfare, on trust alone. A great guide, and a proper decent human! Hats off to you, Irishman, wherever you are in the world. 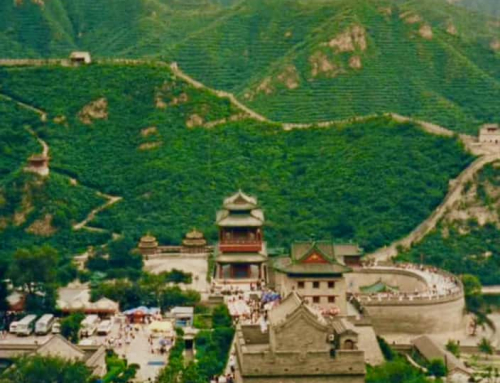 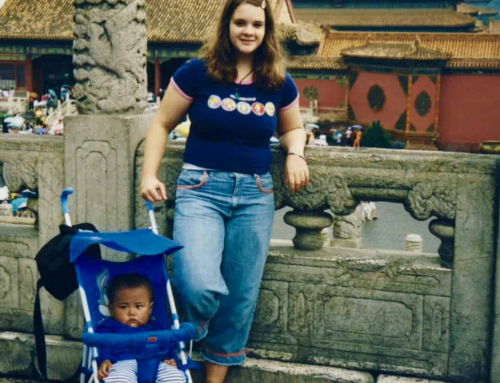 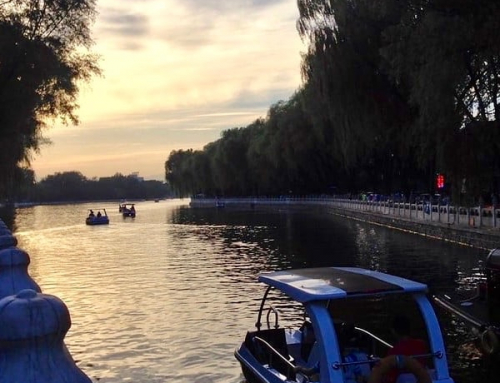 Shichahai and the Grand Canal Gallery

Shichahai and the Grand Canal