World at a Glance: The route to Santiago in France

Camino de Santiago, the holy pilgrimage route to Santiago de Compostela, comprises two different properties on the World Heritage list. I have an intention (admittedly, a somewhat vague one) about walking part of the route some day. 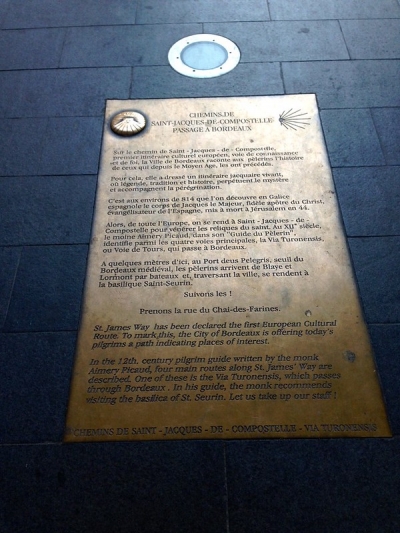 So how long is the entire route? That will depend on where you live. In a way, you could say it begins outside your door. At least, that’s what it did when true pilgrims, in the proper state of mind, walked it, for a meditative wander (and wonder).

Today, it’s more of a physical challenge, a bit like climbing Kilimanjaro. Fact is, there were – and still are – numerous routes to Santiago. The different routes have names; the most popular one is known as Camino Francés (French Way), and begins in – you guessed it – France. St-Jean-Pied-du-Port to Santiago de Compostela is 769 kilometres.

Chances are pretty good I won’t include France in my walk. The 352 km between Leon and Santiago will be more than enough, I think. Unless I’m feeling particularly contemplative.

Instead, I’ve had a look at some of the monuments of Routes de Santiago de Compostela in France, specifically the ones in Bordeaux. They include churches, cathedrals, bridges, roadside crosses and other structures along the pilgrimage way. 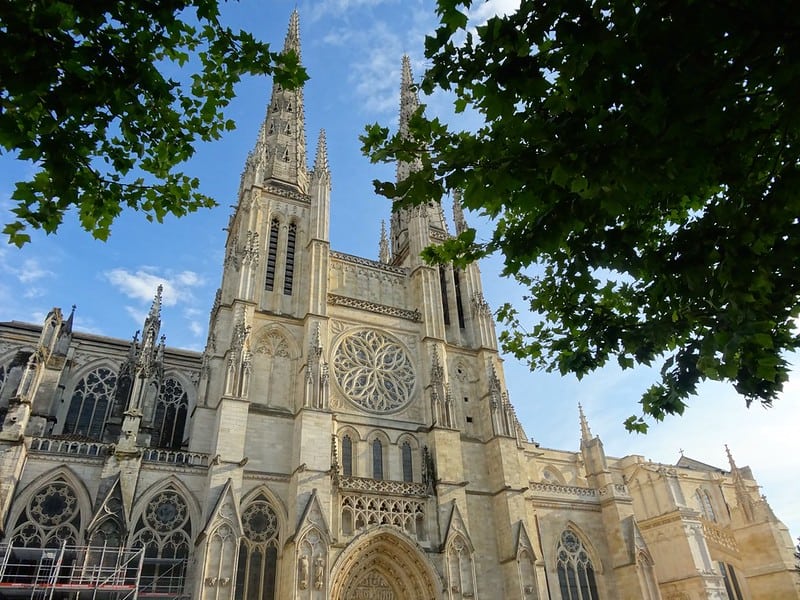 Cathédrale Saint-André de Bordeaux. One day in 1137, a 13-year-old girl was married in this cathedral. You will have heard of her: Eleanor of Aquitaine, queen of France, queen of England, and mother of Richard the Lionheart.

An odd fact – or perhaps I should call it quirky – is that while these constructions along the road to Santiago comprise one world heritage site (the Routes to Santiago in France site), they are also sometimes another site in their own right: Mont St Michel is one example. In other cases, a structure forms part of two sites. Confused yet?

Take our cathedral here in Bordeaux: not only is it a part of the Routes to Santiago in France site; it is also a part of the site known as Port of the Moon, which is the (oh so romantic) name for Bordeaux’ historic centre.

People have walked these holy trails since the Middle Ages. Here in Bordeaux, you can see the route marked with brass plaques around the old city centre (see top photo). And all those people wandering the streets of Bordeaux on this hot July day, perhaps some of them are modern-day pilgrims.

World at a Glance is a series of short articles here on Sophie’s World, with just one photo (yup, I know, breaking my own rules here. Again.), portraying curious, evocative, happy, sad, wondrous or unexpected encounters.