One day in Saigon – a snapshot

Just before Christmas, I spent a few days in Saigon. Or Thành phố Hồ Chí Minh, as is the city’s official name. Ho Chi Minh City in English.

HCMC. Sài Gòn. What to call it? Locals I spoke with called their city Saigon. Who am I to argue?

My first day in this deliciously chaotic city, I spend mostly wandering around. I explore the evocative War Remnants Museum, I stop for a look at the Reunification Palace (but not entering, that will have to wait for another day), I gawk at colonial architecture, and I spend quite a bit of time and effort dodging the manic scooter traffic and a torrential downpour.

Here are a few snapshots taken along the way; a little Saigon photo gallery. 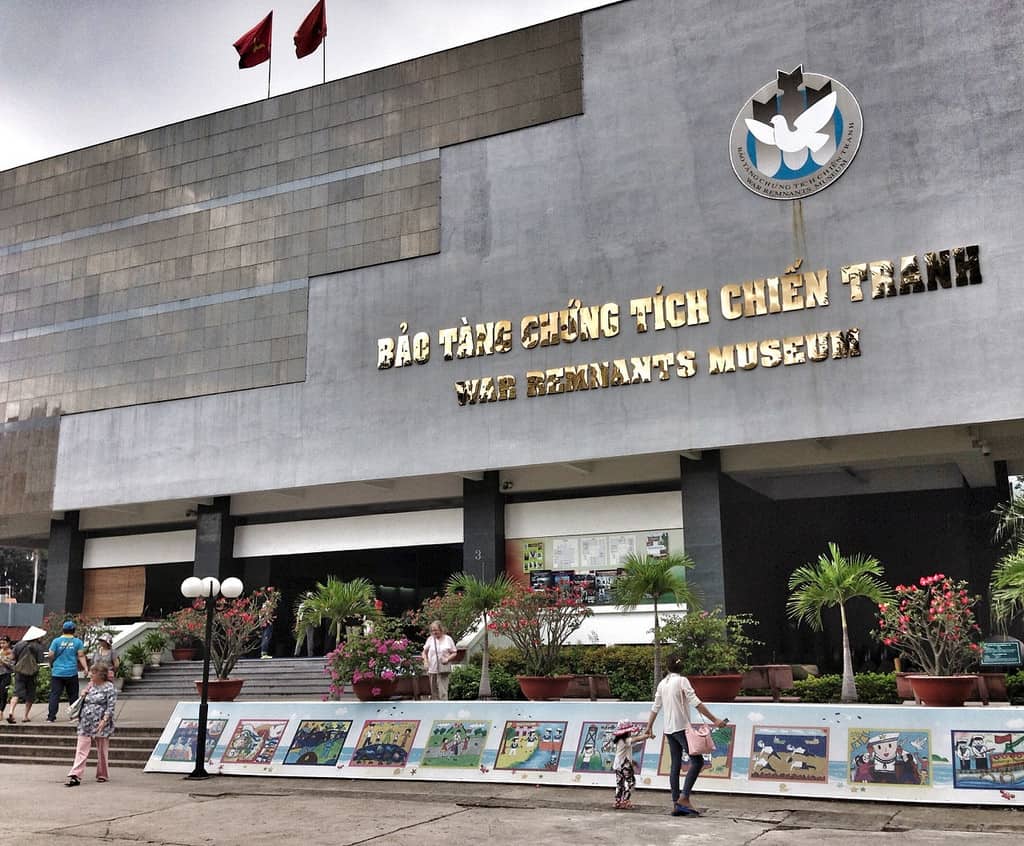 I was a little girl when war raged in Vietnam. All I remember from the time is the occasional protest march through the streets of Oslo. How could I possibly be in Saigon without visiting the War Remnants Museum? I have to see the war through the eyes of the locals, those who had to endure. It’s necessary.

I need to cool down if I’m to deal sensibly with the traffic. I need tea. Even the cold variety helps. 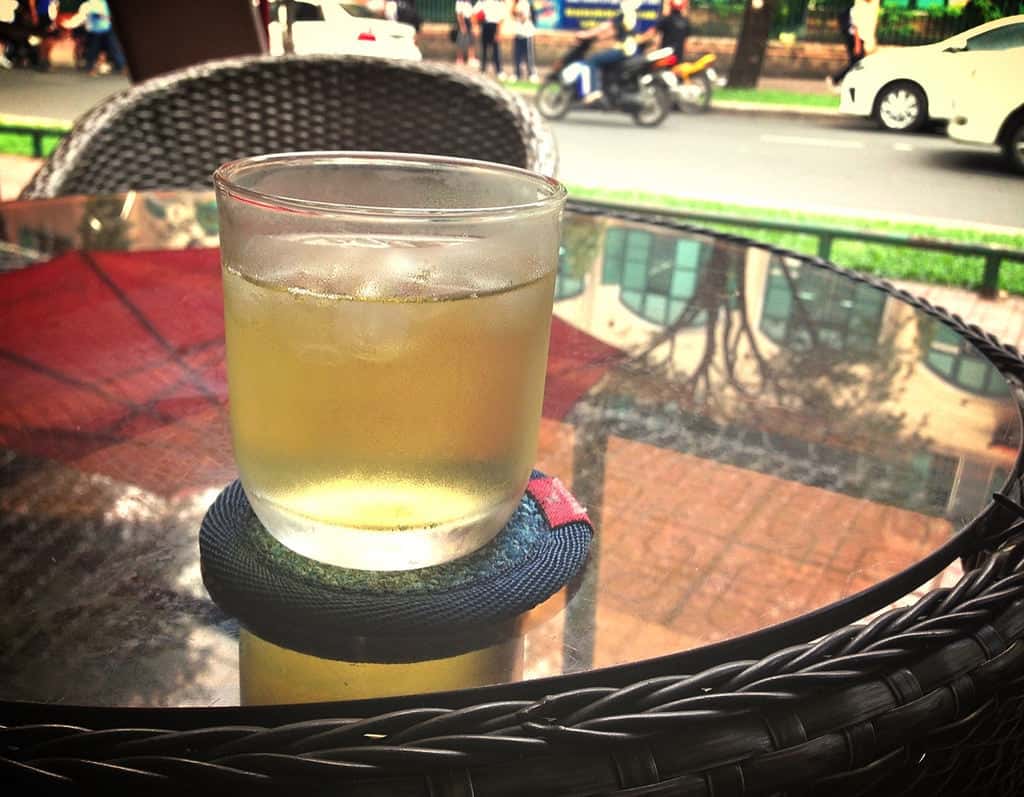 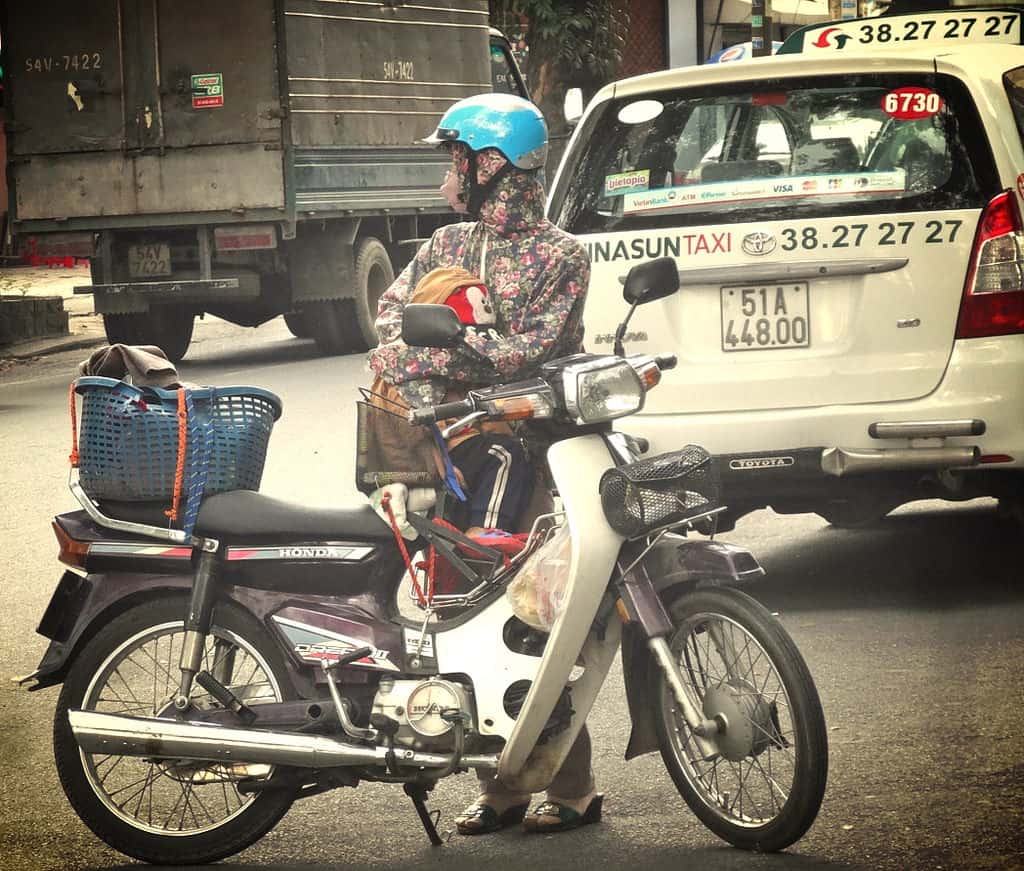 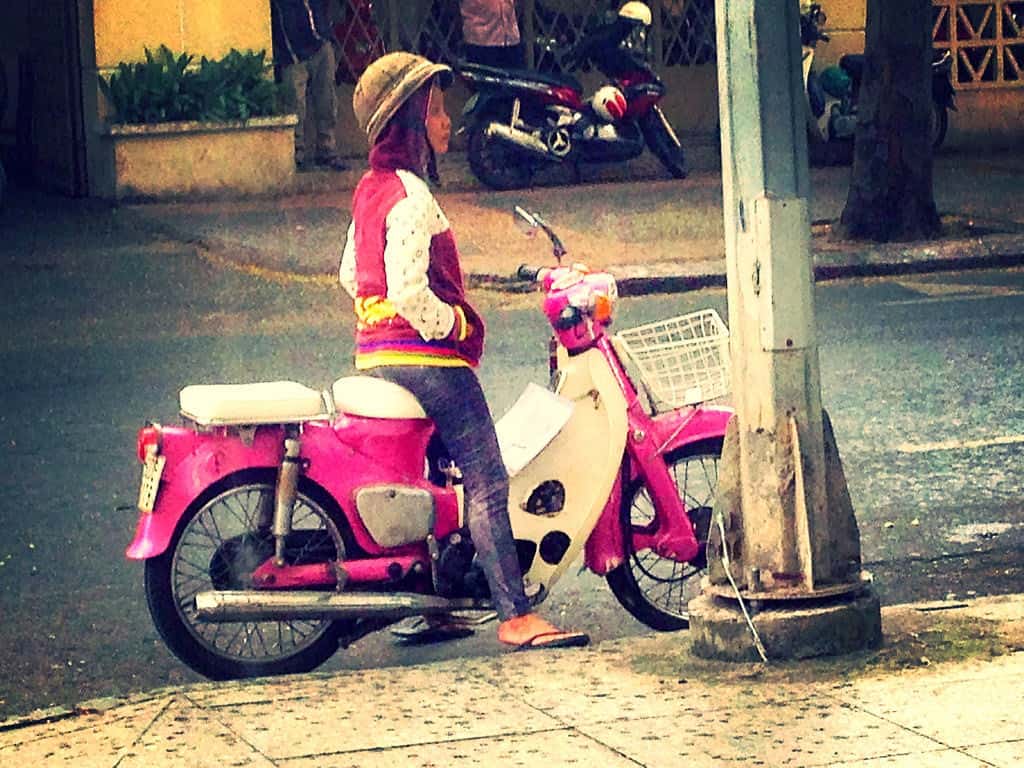 Saigon scooter traffic: you have to leap through it. Luckily, I played many a game of Frogger during my formative years. My mum would be happy to hear it wasn’t a complete waste of time, after all. 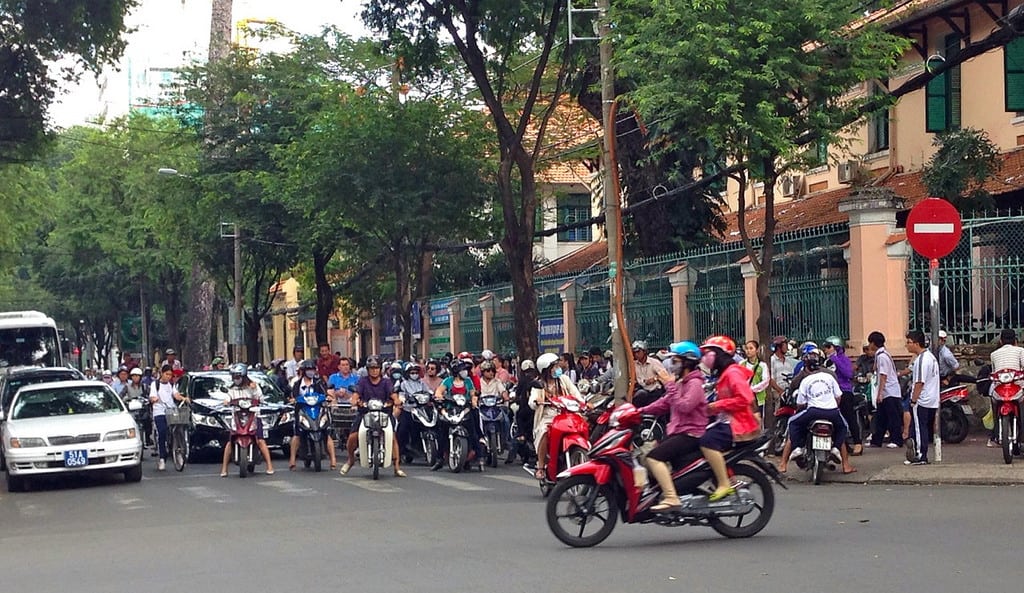 The Reunification Palace, or Independence Palace, is where Saigon fell in 1975 when a North Vietnamese tank burst through its gates. And so ended the Vietnam War, or the American War on Vietnam, as it’s called here. You can tour the palace. I don’t. Not today. The clouds match my mood. 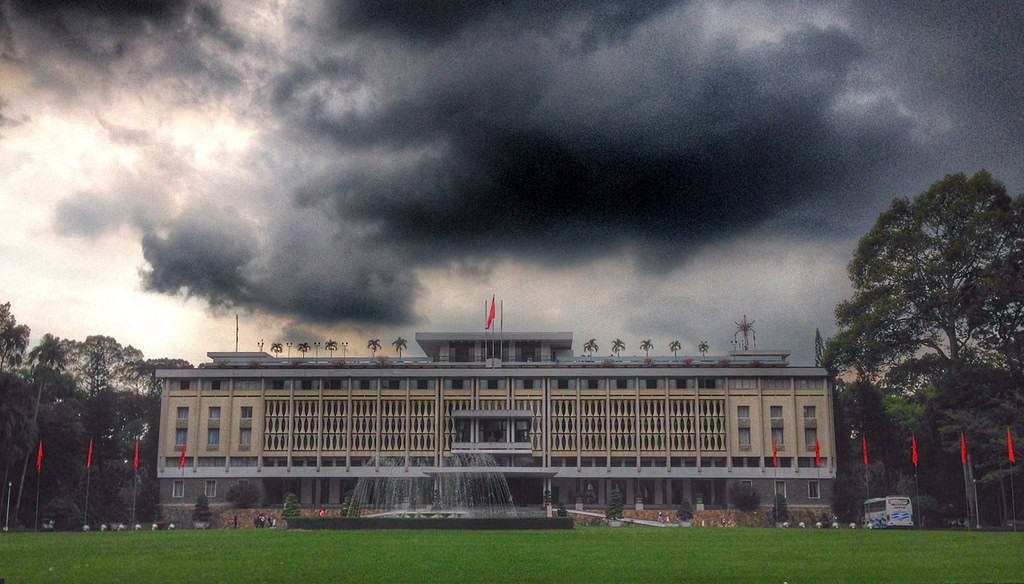 Instead, I continue past the Basilica of Our Lady of The Immaculate Conception, better known as Notre Dame Cathedral… 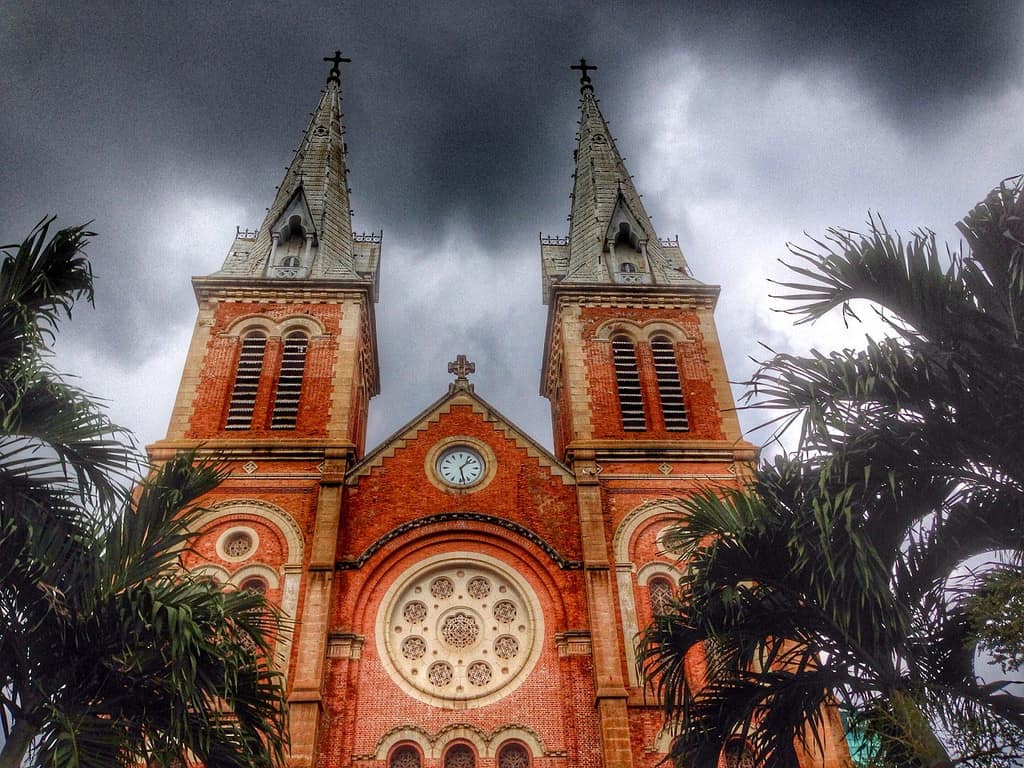 … and on to the post office, designed by none other than Gustave Eiffel. More than 120 years old, Saigon Central Post Office is one of the city’s oldest buildings and a good example of the French Colonial architecture. Looks more like a railway station, doesn’t it? 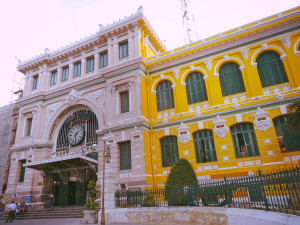 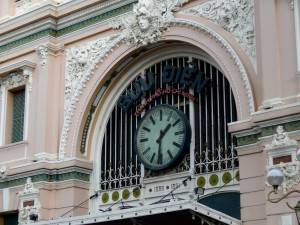 Notice the bright yellow part of the building? Not too popular with locals, it turned out. I can see why. Soft pastels is the way to go with this, I think. Works very well on the postbox, though. Made me happy to pop a postcard in this one. 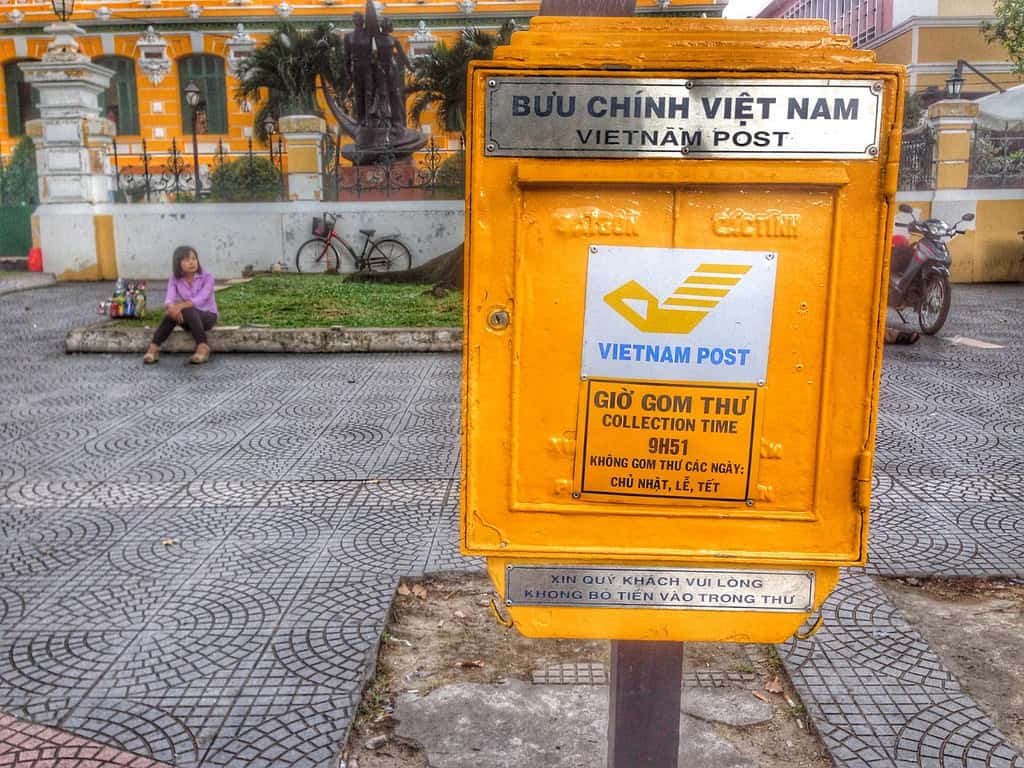 My final stop is the beautiful City Hall – built in 1908 as Hôtel de Ville de Saïgon. 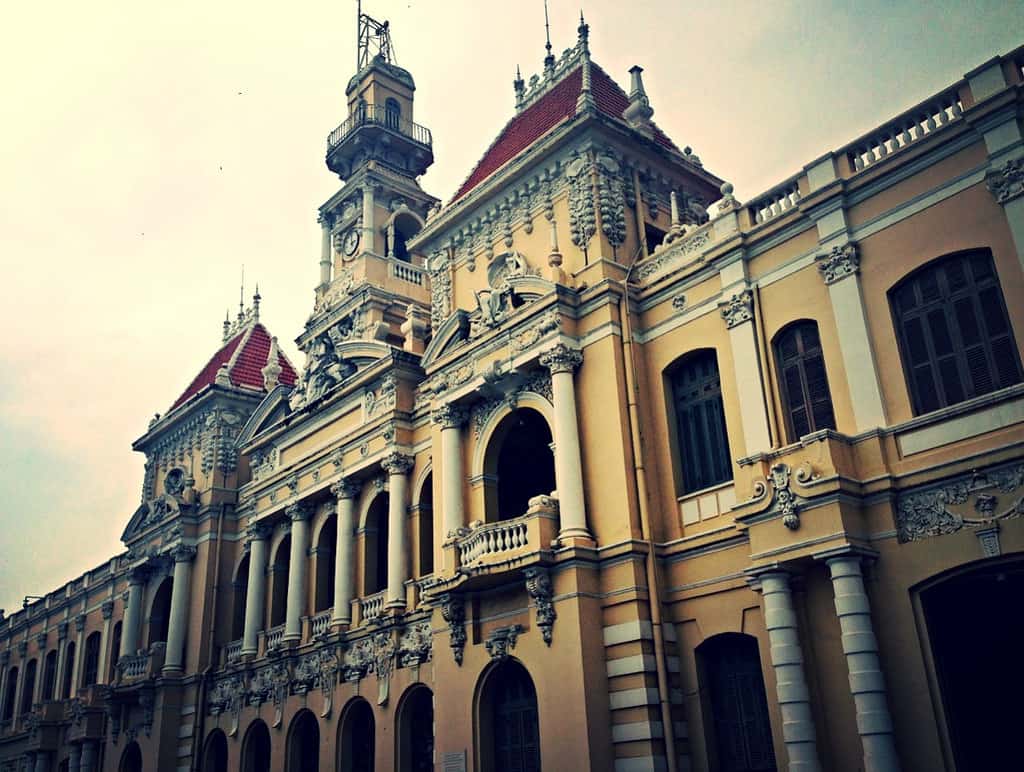 Conclusion: Saigon is provocative. Saigon is seductive. I want more.

Have you been in Saigon? How did you feel?