This is Schönbrunn. One of the best preserved Baroque palaces in Europe. And since the competition is pretty stiff, that’s really saying something.

After having their home completely destroyed by Turkish invaders in 1683, the Habsburgs needed a new place. First they built a hunting cottage. Then, as work progressed – and Habsburgian power expanded – it wound up being the imperial summer residence. Need to show off all that might, after all.

There were gardens, too – and a zoo. The idea was to combine Habsburg splendour and influence with a tribute to nature. Created in 1752, Tiergarten Schönbrunn is the world’s oldest zoo: a pavilion surrounded by 13 animal enclosures. Admission was free then, but is not any more.

The palace and gardens were placed on UNESCO’s World Heritage list in 1996,  as a remarkable Baroque ensemble and a perfect example of Gesamtkunstwerk – an amalgam of arts.

The House of Habsburg resided at Schönbrunn from the height of their power in the early 1700s, until 1918, when they had no power left. Risky business, declaring war on another country, in this case Serbia. (Take note, Vladimir!) After World War I, the palace was expropriated by the government of the newborn Republic of Austria, and turned into a museum.

Perhaps the most famous of the Habsburgs, Empress Maria Theresa (Holy Roman Empress, no less) ruled Austria – as well as Hungary, Croatia, Transylvania, Bohemia, Lodomeria, Galicia, Milan, Mantua, Parma, and southern Netherlands (then known as Austrian Netherlands). There’s even more, but hey, exhausting enough remembering all those lands, much less ruling them for 40 years.

In this day and age, it’s also worth mentioning that the Empress was a champion of vaccines. Smallpox was the Covid of the day, and Maria Theresa lost several of her children and other family members to that cruel disease. She insisted her family be vaccinated against smallpox and sponsored inoculation trials. Thanks in part to her, smallpox is no longer a public health threat.

Think combining work with two or three children is demanding? Maria Theresa gave birth to 16 children in 20 years. 16! The Empress had mighty armies, and would have led them in battle herself, she once said, if she hadn’t been constantly pregnant.

Was she a good mum? Well, maybe not so much, as we shall see in a bit. 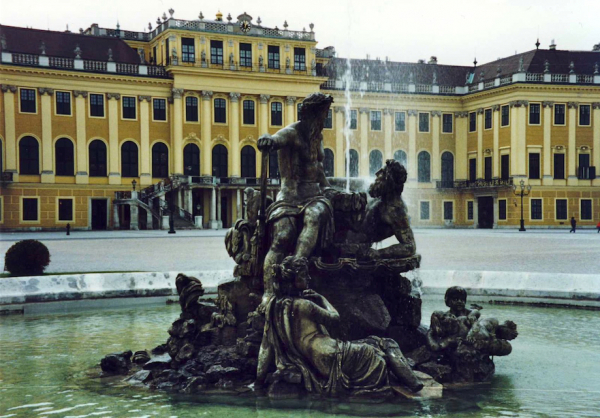 Does Schönbrunn look familiar, even if you’ve never visited Vienna? That could be because it’s built in the same style as Versailles, though slightly more modest. But it’s another connection with Versailles that brought me to this Viennese royal residence.

I walk slowly through the long palace corridors, looking for signs of Maria Theresa’s youngest daughter and 15th child, Archduchess Maria Antonia. I find a room where she sat with her sisters and mother, busy with sewing and the like – blissfully unaware of the brutal fate that awaited her. On the wall, I see an embroidery she created.

Another room is named after her, or rather after a tapestry depicting her with her children. The tapestry is no longer here. All that remains… is the name of the room. All in all, Maria Antonia doesn’t seem to feature as a major character here at Schönbrunn. I can’t help but feel a little disappointed.

But who is this Maria Antonia, I hear you ask. I’ve never heard of her. Oh, but I think you have. On 7 May 1770, at the ripe old age of 14, Maria Antonia was married to the French Dauphin, Louis. 4 years later, she was crowned Queen of France and 19 years after that, her head was chopped off. Maria Antonia is better known under the French version of her name, Marie Antoinette.

Her formidable mum viewed her daughters as bargaining chips, to strengthen alliances, for peace treaties. Life was brutal for a princess in the past.

Maria Theresa wrote letters to her youngest daughter, frequently telling her off for being lazy and frivolous, for spending too much money and for not becoming pregnant. That wasn’t her fault, hubby dear was impotent for the first 7 years of their marriage. Not all that surprising she turned to shopping, if you ask me. She also wrote:

Your beauty is not so great. Your talents or your culture: you know very well you have neither.

No Mother of the Year award for MT.

Much like Princess Diana, Marie Antoinette was an idol. She was a trendsetter, especially her lofty hairstyles. When she first arrived in Paris, 50,000 people gathered to greet her. The crowd got pretty wild; at least 30 people were crushed to death.

But public opinion is fickle. Later, she became the most hated woman in France.

Marie Antoinette is infamous for uttering the immortal words “Let them eat brioche!” – more commonly referred to as ‘let them eat cake’ – in response to the poor complaining about lack of bread. She was vilified for being out-of-touch with the public. But there is no evidence Marie Antoinette ever said those words. In fact, the phrase was first used by Jean-Jacques Rousseau when referring to another French queen, almost a century before Marie Antoinette was even born.

The young queen also had a few things in common with Anne Boleyn. The Tribunal of the French Revolution tried her on bogus charges, including treason, promiscuity and incest. Her trial was perfunctory at best, and the jury were all men. Marie Antoinette was found guilty on all counts and sentenced to the guillotine. She was executed based on fake news.

When I was young, I would devour everything I could find about this unlucky girl. Not sure what triggered the fascination, teenage eagerness, perhaps. Something about her fate, the unfairness, dying young…

Marie Antoinette isn’t the only intriguing Empress who has lived at Schönbrunn. Another is Elisabeth, affectionately known as Sissi (or Sisi) – and she gets much more attention here.

There is much Habsburg drama surrounding her as well: married to Franz-Joseph, who would be the last Habsburg Emperor. Mother of Crown Prince Rudolf, who died with his mistress Maria von Vetsera in a murder-suicide in his hunting lodge at Mayerling in the Vienna Woods. Rudolf dying meant the succession of the Habsburg throne passed to his cousin, Archduke Franz Ferdinand, who was shot by Gavrilo Princip in Sarajevo along with his wife in June 1914, and thus started World War I. Sissi herself was assassinated by an anarchist in Geneva. She deserves a post on her own. I may get back to that. 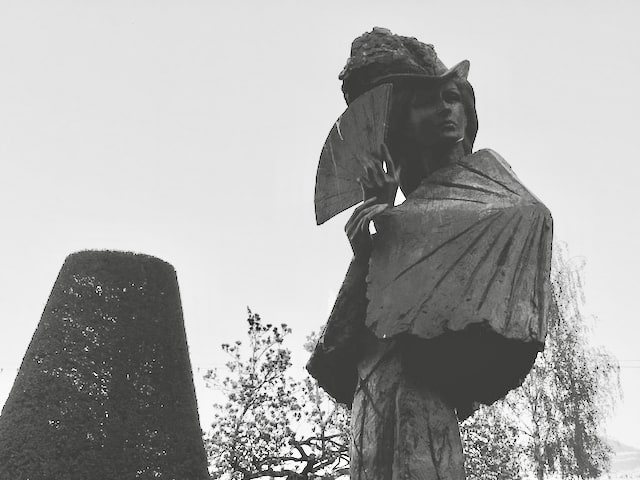 Memorial to Sissi along Lake Geneva