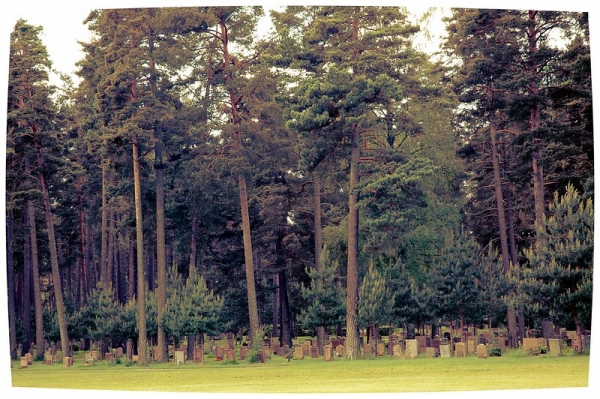 After a summery visit to the wonderful island of Gotland, I had a few hours to spare while waiting for a train from Stockholm. On an impulse, I decided to search out the most famous Swede of all, the elusive Greta Garbo. Although she spent most of her adult life in the USA, and the final 40 – 50 years living as a bit of a recluse in New York, Greta wanted to return home in the end. She is buried at Skogskyrkogården, just a wee bit south of Stockholm.

Not only is Skogskyrkogården Gretas final resting place. It’s also one of three UNESCO World Heritage sites in the Stockholm area. I was hitting two nails with one swing here. (In reality, I often don’t even hit one nail with one swing, but it sounds much better than the appalling expression killing two birds with one stone, doesn’t it? Also, I thought it an appropriate metaphor in the land of IKEA. But I digress).

Nature has done well at Skogskyrkogården, helped by landscape architects. That tongue-twister of a compounded name simply means Forest Cemetery, or Woodland Cemetery, and it is just that: a large expanse of forest, lots of space, tranquil, green, with tall firs – a pleasant place to linger and communicate with loved ones long gone. 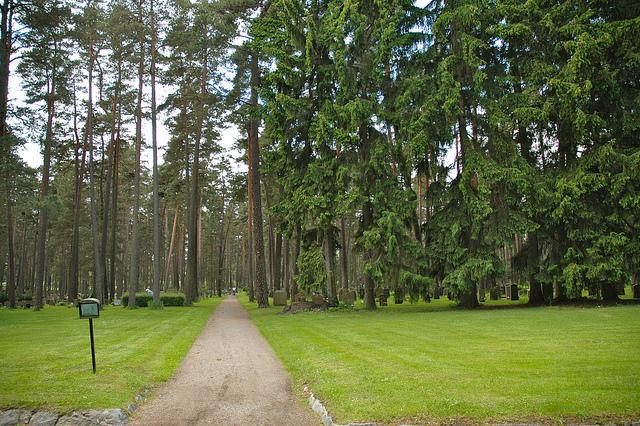 As UNESCO sites go, though, Skogskyrkogården is, well, nothing special, I think. UNESCO awarded the status in 1994, declaring it

an outstanding example of integration of architecture and landscape. 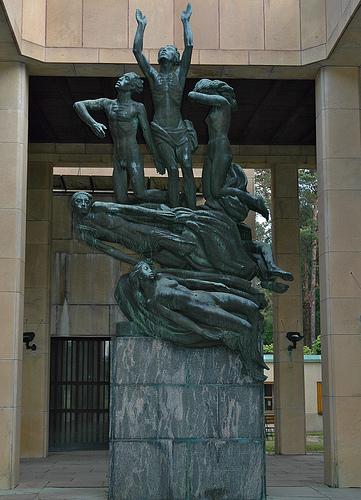 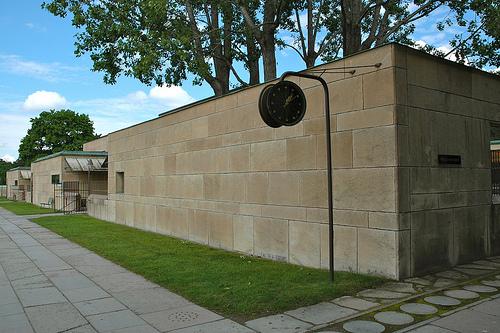 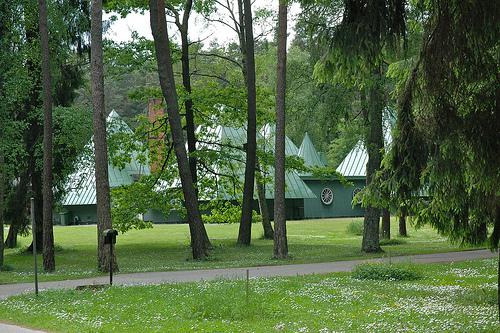 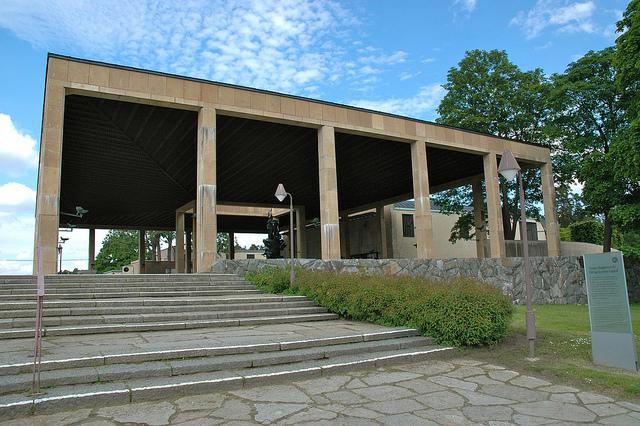 Perhaps it’s because I’m not sufficiently attracted to this very strict functionalist architecture. I would no doubt have benefitted from having a knowledgeable and enthusiastic guide rather than roaming about on my own. (Tours are offered, by the way, every Sunday in summer – costing 100 SEK and taking about 2 hours).

After getting lost once or twice – which I’m wont to do – I finally found her grave. It’s a pretty stone, with her signature in gold. That’s all. No pictures, no words, no dates, just Greta Garbo. Simple. Elegant.

As I stood there, camera at the ready, I hesitated… Lift camera, zoom, shoot… easy as pie. Yet, my hand refused to cooperate. Remembering her most famous line, I slowly lowered my trusty old Nikon. Contrary to popular belief, they weren’t I want to be alone, but rather I want to be let alone – a world of difference, according to Greta. And in the end, that’s what I did. Let her alone. It felt right.