The Race to the South Pole

As you may know, seven countries have claims on the southernmost continent: Antarctic neighbours Argentina, Australia, Chile and New Zealand, the two major turn-of-the-century players Britain and France – and Norway.

Norway, you ask? Why does a small country located on the other side of Earth have an Antarctic territory seven times its size?

This is the man responsible: 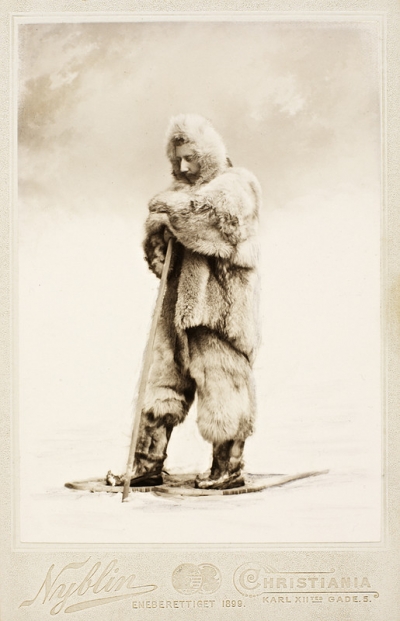 100 years ago today, intrepid explorer Roald Amundsen won the race to the South Pole. He and his team firmly planted the Norwegian flag on the geographic Pole. (Amundsen is also the first undisputed person to have reached both the North and South Poles).

This is from his diary Thursday 14 December 1911 (translated to English):

Fine weather all morning. Clouded over after we had taken the midday reading and snow clouds came in from SE. Meridian height with both mercury and glass gave 89°37’. Instrument gave 89°38’5”. This is very good indeed. –23°C all day. Afterwards we drove 8 n.m. and are now lying 15 n.m. from the pole.

I’d give… well, perhaps not anything, but quite a lot, to be able to time travel to that particular moment in time on the great, frozen continent.

This was an important event for Norway back in 1911 (and still is, I think). Our then newly independent after-400-years-of-union little country was now established as a polar force to be reckoned with. To celebrate, this afternoon, PM Jens Stoltenberg, unveiled an ice sculpture of Amundsen at the Amundsen-Scott South Pole Station in Antarctica.

Amundsen wasn’t the only one attempting to be first at the South Pole. Famous Irishman, Sir Ernest Shackleton, gave it a good go a few years earlier. In 1909, his Nimrod Expedition managed to get to 88° 23′ S, just 190 km from the Pole.

Afterwards, the Brits were a bit miffed with Amundsen – and he wasn’t received so well in London. Perhaps feeling bad about that, a fellow Royal Geographical Society fellow once made a point of telling me what Amundsen said when learning of Scott’s fate:

I would gladly forgo any honour or money if thereby I could have saved Scott his terrible death.

In 1928, Amundsen took off on a rescue mission to find Italian explorer Umberto Nobile. Amundsen’s plane disappeared near Bear Island in the Barents Sea. His body was never found. 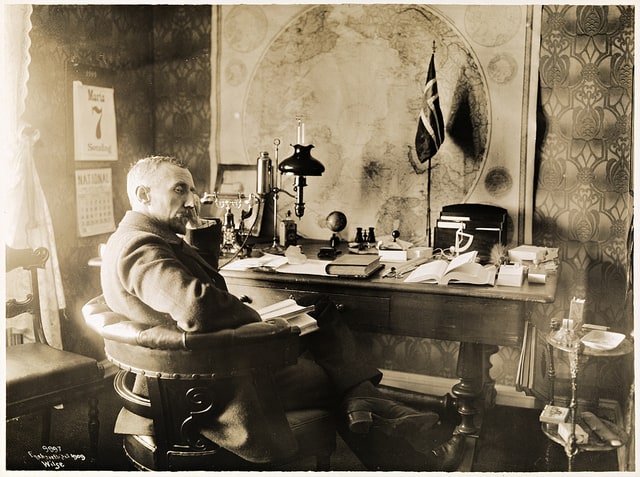 Amundsen travelled to Antarctica on board the Polar ship Fram. If you’re in Oslo, you can explore the ship. Amble about on the ship’s deck, check out the cabins and get a feel for life on board the world’s strongest polar vessel.

The race to the South Pole has been reenacted a few times : in 2006 for a BBC documentary, and in the South Pole Race in 2009, both featuring one Norwegian and one British team. There’s also the Scott-Amundsen Centenary Race going on right now, this time with two British teams.