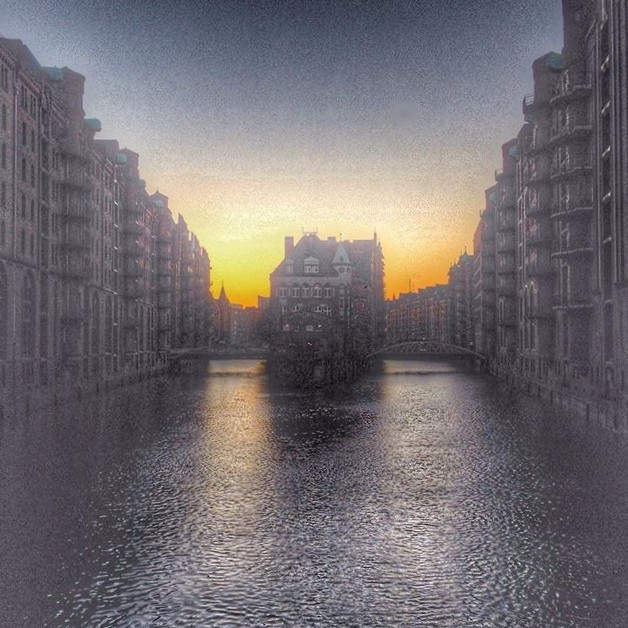 Germany’s newest UNESCO World Heritage site is in Hamburg. As you walk along the city’s harbour, passing the futuristic architecture in Hafen City on the way, you’ll notice a row of Gothic redbrick buildings just across the canal. That’s Speicherstadt, the old warehouse district.

Speicherstadt is located on an island. Getting here – and wandering around – you pass at least one bridge, probably more. Did you know Hamburg has more bridges than Amsterdam, London and Venice combined? 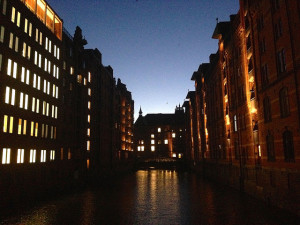 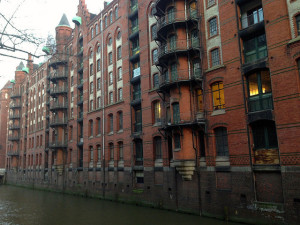 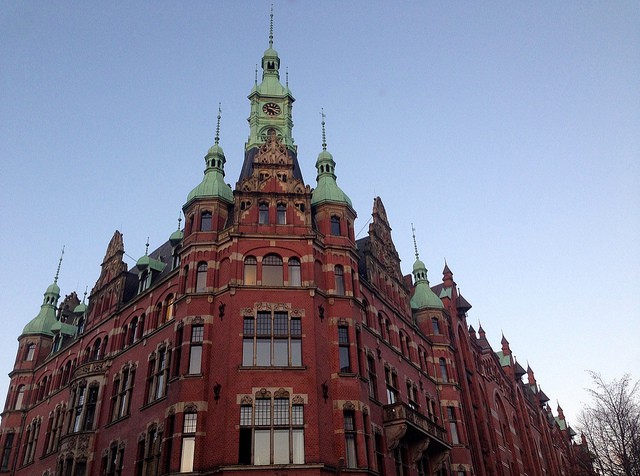 As everywhere else, one can’t seem to escape love locks. They’re colourful and sometimes brighten up a grey, dull area. They can be decorative; I’ll admit. But in general, I’m not a fan. I dislike how this newest form of… let’s call it ‘public art’, sometimes completely takes over monuments and masterpieces of architecture. Also, I have issues with the words ‘love’ and ‘lock’. They really don’t belong together. Love should be free, no? Not locked up with the key thrown away. 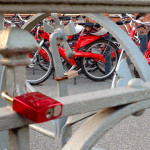 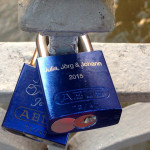 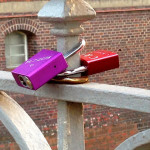 Luckily, the locks on the bridges in Speicherstadt aren’t too intrusive. Can’t say whether that’s because people here are appropriating the city less than elsewhere – or because the city authorities diligently remove them.

The old warehouse district once served as storage houses for teas, coffees, carpets and other exciting goods from faraway shores. Speicherstadt was a so-called free zone, which meant no customs duties. 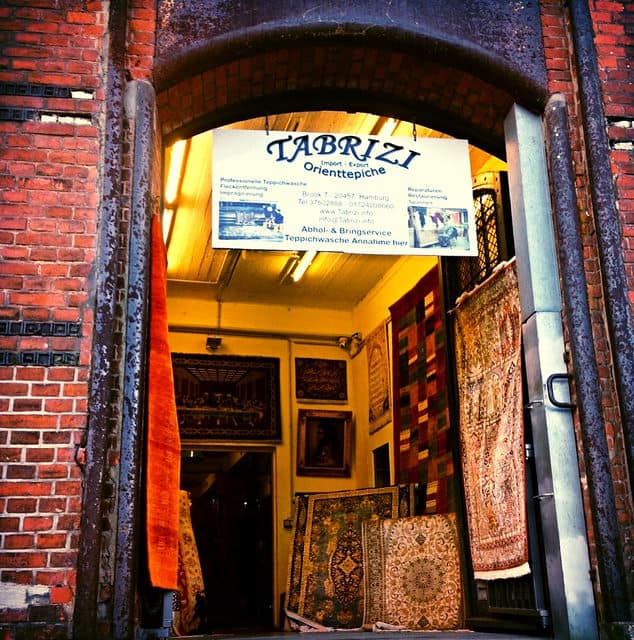 As you walk along the 1.5 km long stretch, you’ll find cafes, pubs, restaurants and all kinds of quirky shops in the warehouses. But that’s not all. 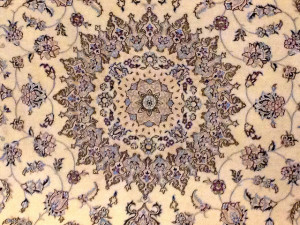 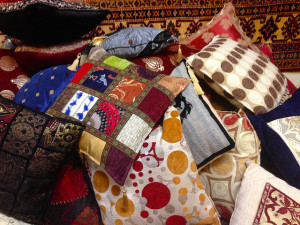 In the oldest building – Building B (the blocks are numbered from A to X; leave it to the Germans to use such a logical naming policy) – is the International Maritime Museum. Further along are the Customs Museum, the Afghan Museum, Miniatur Wunderland, the more contemporary Hamburg Dungeon, the brand new Coffee Museum, and the enigmatically named Dialog im Dunkeln (Dialogue in the Dark).

In a perfect world, there would be time enough to explore everything thoroughly, but if you have only a weekend, like I did, I’ll suggest a more in-depth look at these three:

Miniatur Wunderland – essentially the largest model railway in the world – has more than 15 000 metres of railway tracks and nearly 10 000 trains. You don’t need to be a train spotter to appreciate this transport heaven. Real – yet miniature – scenes from all over Germany and the Alps can be seen along the tracks. There’s a wintry Arctic Sweden and a Norwegian fjord complete with a cruise ship. Even Mount Rushmore and the American West appear around a corner.

215 000 figurines show human life in many of its facets: at a football match, at a pop concert, hanging at the beach, attending a funeral service, at the gym, finding a body floating in water. There are churches – and a red light district. A fire brigade is putting out a fire, the police are apprehending criminals, a UFO is coming in to land. And Pippi is there, of course. My favourite is the busy (fictitious) Knuffingen Airport – the world’s smallest commercial airport – where planes actually take off and land! A Condor flight takes off and vanishes into the clouds. From another direction, an Air Berlin flight comes in for landing. 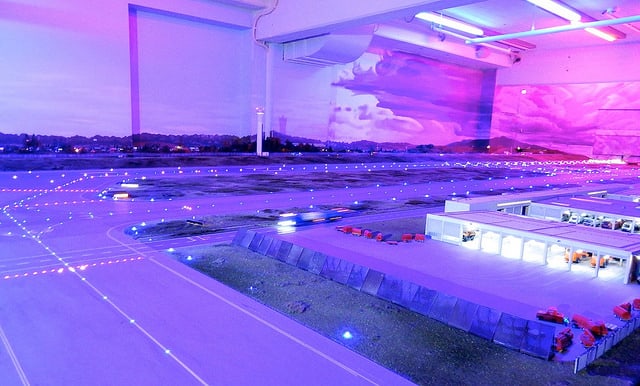 Despite the crowds, I spend a couple of hours here, just wandering around, gawking at this marvel of technology. And I don’t even have my kids along.

Tip: On a windy, cold and rainy Sunday, Miniatur Wunderland can be a bit of a push-and-shove experience. Visiting on a weekday might be a good idea, during school hours especially.

Interested in coffee? Where it comes from, how the beans are roasted, and, not least, how to properly prepare it? In the newly opened Coffee Museum, you can discover the history of coffee and see lots of corny artefacts, including some that are, shall we say, not exactly politically correct. It’s an interesting peek into the not so remote past, accompanied by the crackling sound of 50s and 60s music on vinyl. 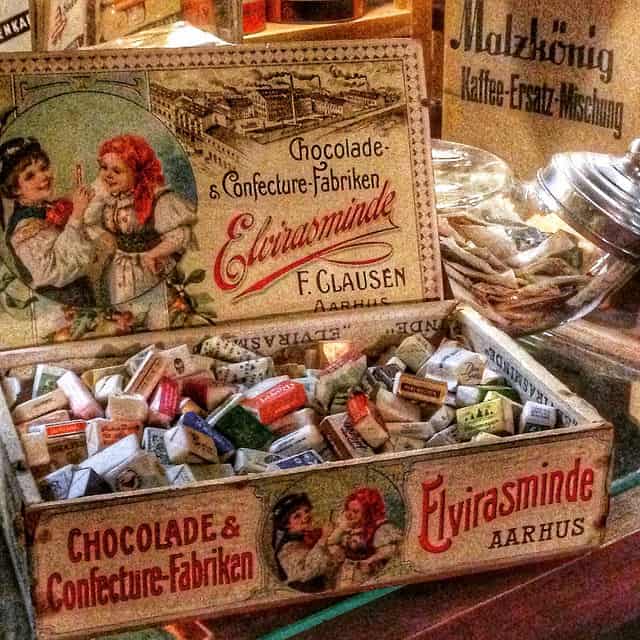 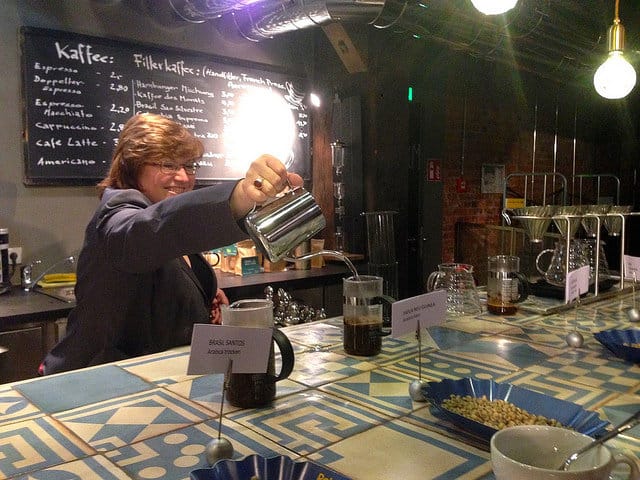 You can also try the goods. Sampling 5 or 6 types of coffee, from various countries and of varying strength and bitterness, you learn to slurp loudly, a must for a coffee taster.

Dialogue in the Dark

Ever wondered what it’s like to be blind? You’ll have the chance to find out at Dialog im Dunkeln – Dialogue in the Dark. For 1.5 hours, a blind guide will lead you through a warehouse in Speicherstadt. And she will be the strong and safe one, while you’ll stumble through complete darkness, white cane in hand, exercising your other senses. Mine, I discovered, were a bit out of practice. Here’s my blind experience: Being blind in Hamburg.

There’s also Dinner in the Dark – and the new Dialog im Stillen (Dialogue in Silence), where you learn to speak with your hands and listen with your eyes. Next time.

Around the corner from Speicherstadt is the other part of the World Heritage site: Kontorhausviertel (office district), with the legendary Chilehaus. You may wonder why an office district is considered important enough to be worthy of special preservation for future generations, but once here, you’ll see why. 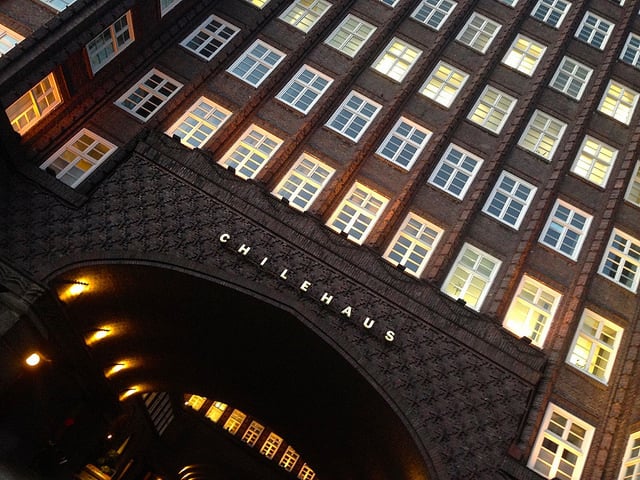 This is what UNESCO says:

Adjacent to the modernist Chilehaus office building, the Kontorhaus district is an area of over five hectares featuring six very large office complexes built from the 1920s to the 1940s to house port-related businesses. The complex exemplifies the effects of the rapid growth in international trade in the late 19th and early 20th centuries.

Before you read on, here’s a quick quiz for you: What’s this odd-looking structure? 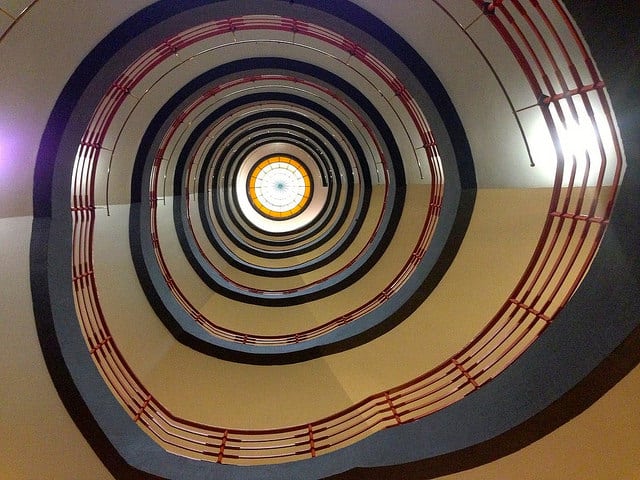 If you said ‘stairway’, you’re absolutely right. Isn’t it fabulous? Imagine walking up and down this to work every day?

Chilehaus is probably the most iconic image of Hamburg. The postcard! A huge 1920s building, an example of the so-called Backsteinexprissionismus, the expressionist style of architecture, Chilehaus appears different depending on which angle you’re seeing it from. And the name? Not as exciting as the Modernist structure itself, perhaps: Chilehaus was built by a shipping mogul who imported saltpeter from Chile. Simple as that. 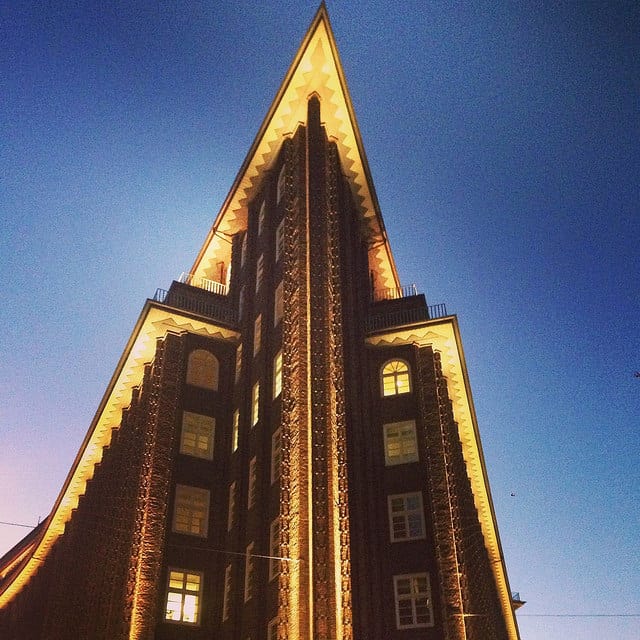 Have you visited Speicherstadt? And – I’m curious: what are your thoughts on love locks?

Disclosure: I’ve been in Hamburg a few times. My latest visit was part of a collaborative campaign between Hamburg Tourism and Nordic Travel Bloggers. As ever and always, I keep the right to write whatever I want.